St. Mirren completed the signing of former Motherwell, Peterborough, and Dundee midfielder Mark O’Hara on a free transfer from Motherwell. The midfielder failed to cement his place in Motherwell’s starting 11 in the last three seasons and opted for a move away from the club. He is a versatile midfielder who can play in the centre and on the wide sides. The 26-year-old has previously won the EFL League Two title with Lincoln City. Mark O’Hara has spent a decade in professional football and carries a lot of experience. He will be reunited with his former Peterborough United boss, Stephen Robinson. 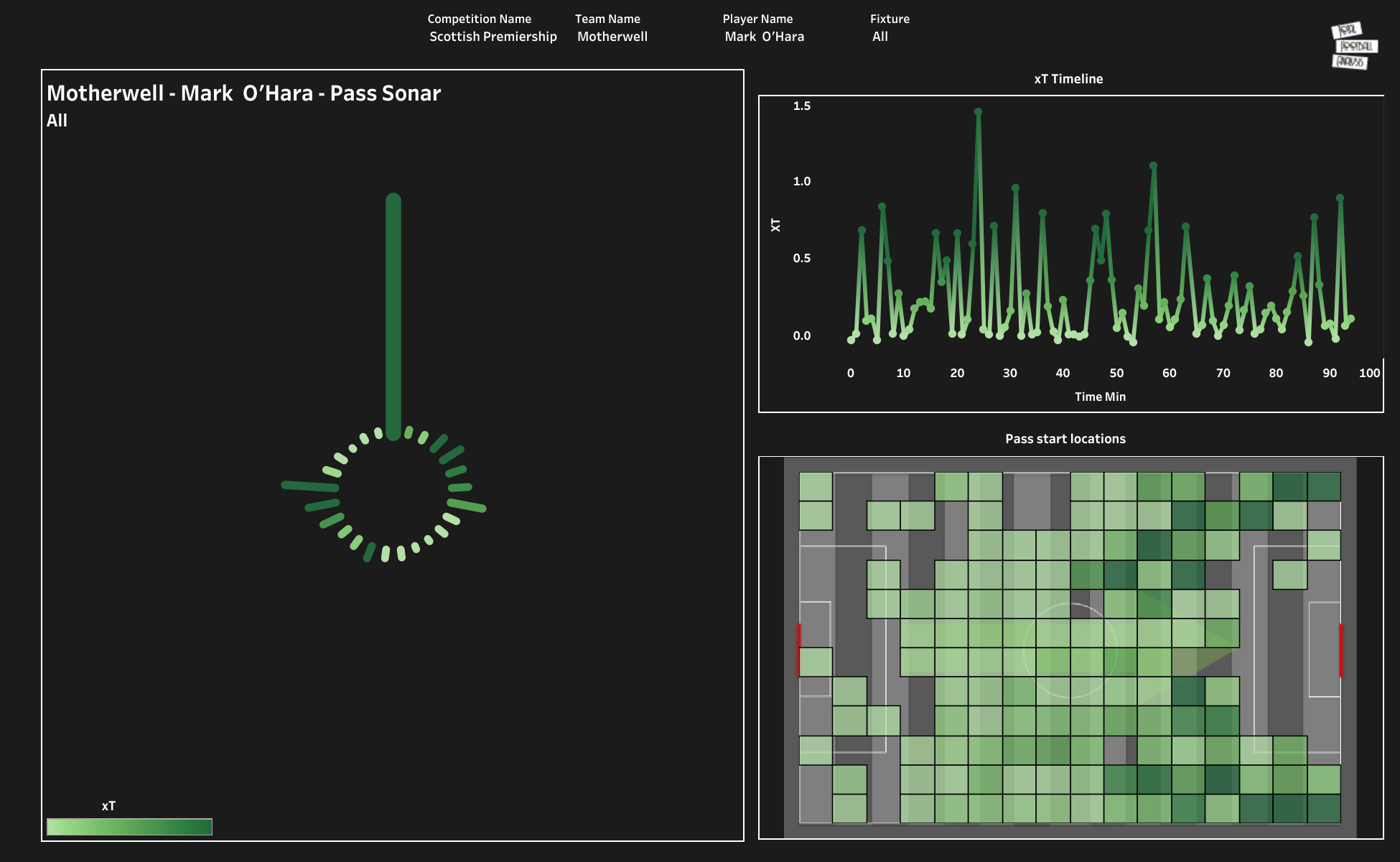 As mentioned earlier, the midfielder is a versatile player and the above viz shows the same. The above viz shows the pass start location and the threat created from passes at different timelines. O’Hara made 19 appearances for Motherwell in the Scottish Premiership last season. He came off the bench in five matches and scored just one goal last season. The pass start location map shows that the midfielder featured more on the right side. He also played towards the left and created threats with his passing. The xT timeline shows that the player created constant threats with passing during the matches. 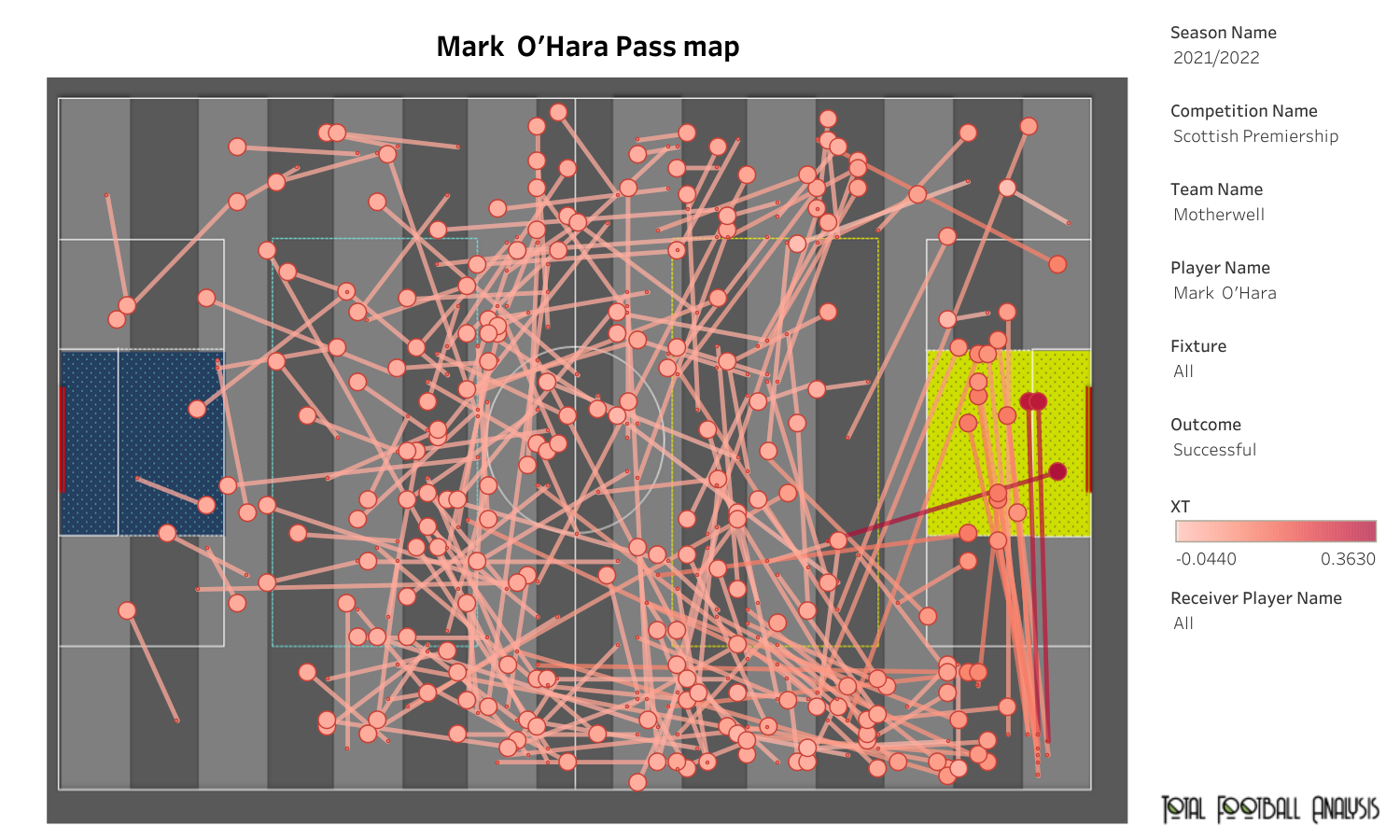 The 26-year-old averaged 20.22 passes per 90 minutes with a low accuracy rate of 74.1%. The manager will look to improve O’Hara’s passing accuracy. The above viz shows all the passes that were successfully delivered by the midfielder. O’Hara averaged around two crosses per 90 minutes. If we look at the above map, we can notice that the crosses were attempted from the right side. Some of the crosses found a teammate inside the opposition’s penalty box, but no one could convert those opportunities. Most of the passes that were attempted by the player were sideways, and others were attempted to distribute the play towards the right side. 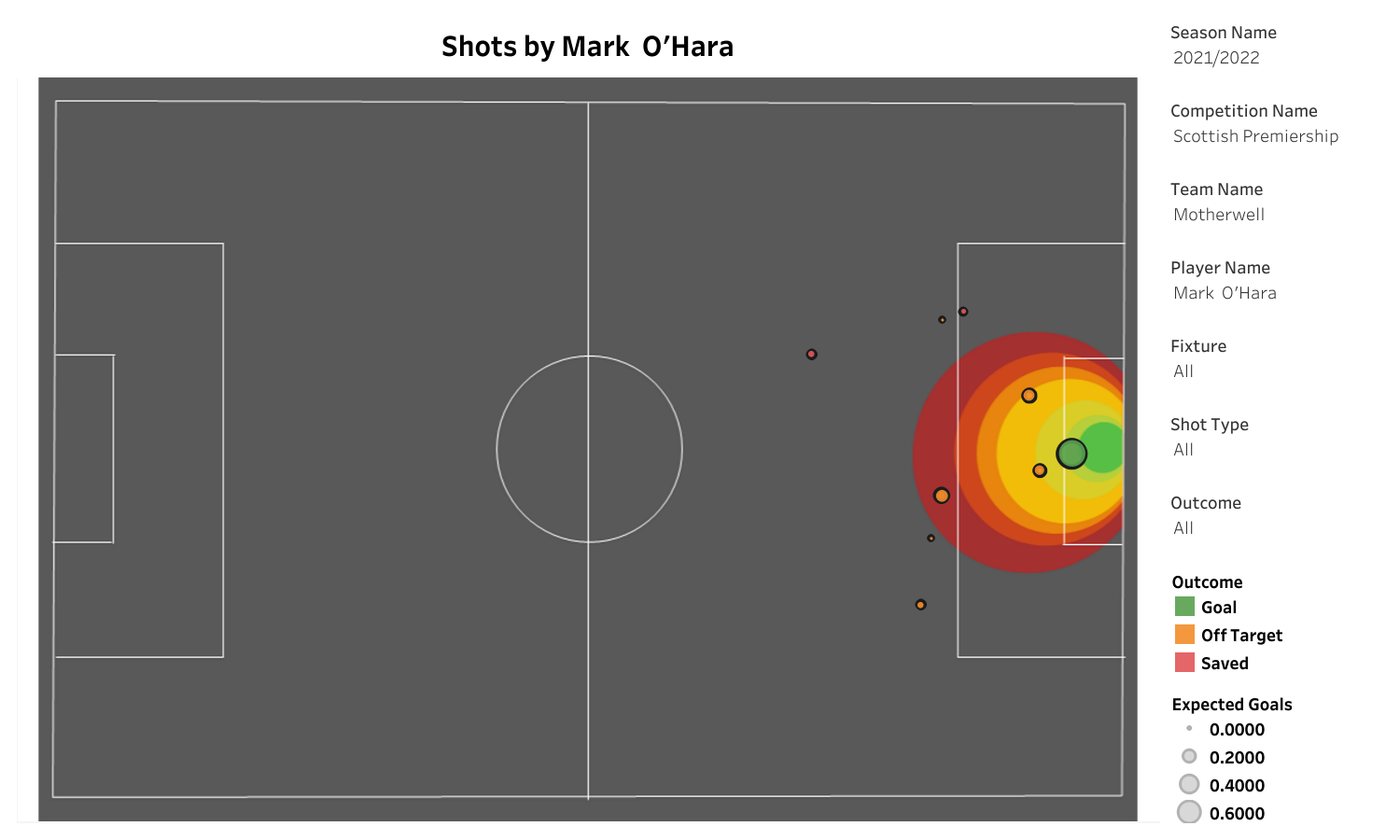 O’Hara was involved in 4.28 attacking actions per 90 minutes with a success rate of 48.5%. The above viz shows the nine shots that were attempted by the midfielder. He hit the target three times and scored the goal from inside the opposition’s 6-yard box. O’Hara failed to make a lot of impact in the attack last season. In the 2020/21 season, he scored five goals in 27 appearances and was very effective in front of the opposition’s goal. 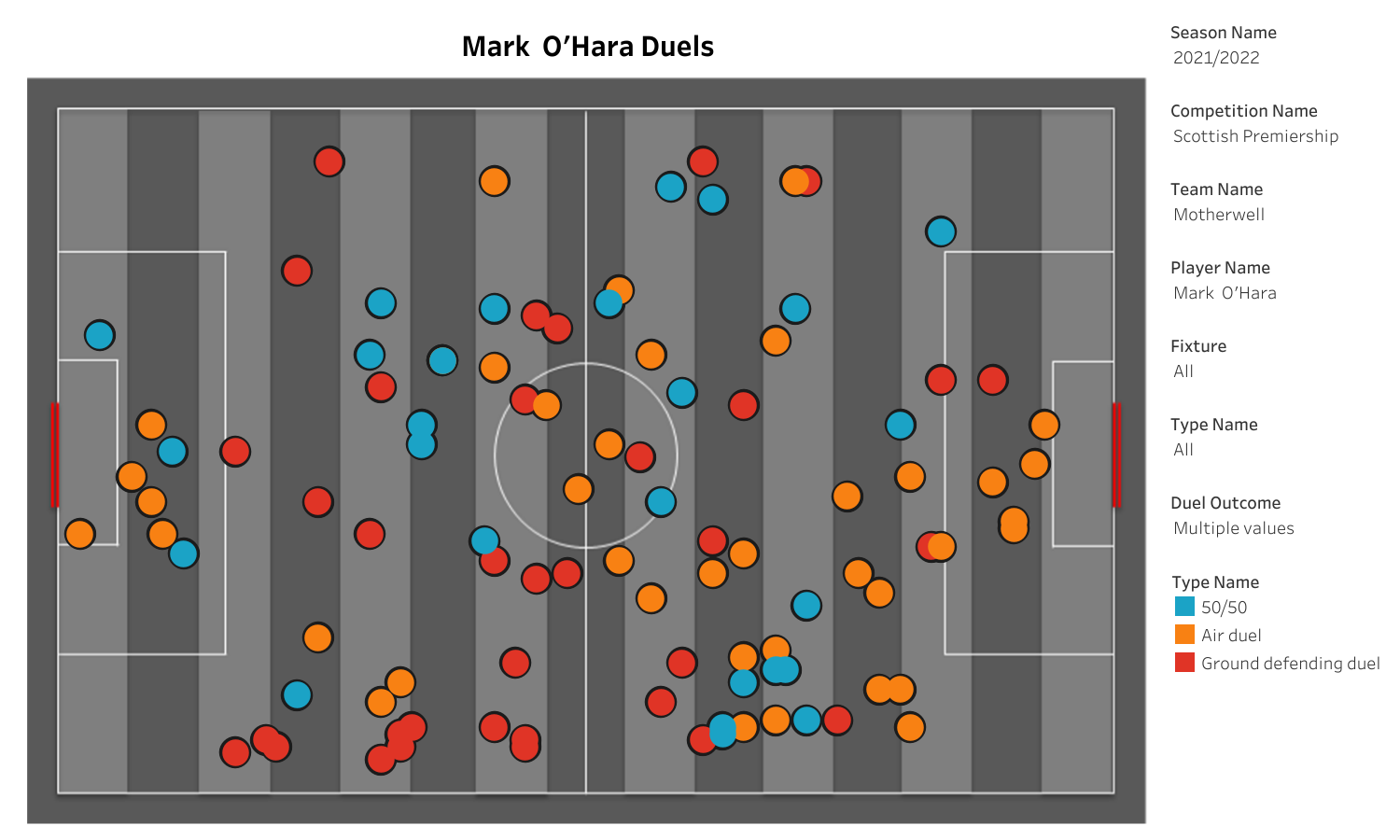 Mark O’Hara gave some decent performances in the middle for Motherwell last season. He was good with his passing but struggled in the attack. Defensively, the player made some crucial contributions to help his side defend the goal. Now, the player will look to contribute more and get more minutes on the field. He could play a crucial role in St. Mirren’s survival in the Scottish Premiership.