Owura Edwards was signed by Bristol City from Newport County in 2019. Since then, the player has been sent on various loan spells to different EFL League Two teams. This time, he will be spending another season away from the English club. Scottish Premiership side, Ross County have acquired the services of the winger on a season-long loan. The player joined EFL League Two side Exeter City on loan at the start of the 2021-22 season. Edwards only made ten appearances before being recalled by the club at the mid-half of the season. He was then sent on loan to Colchester United, who were playing in the same division. Edwards failed to make any goal contributions for Exeter City. However, he shone in his second spell and scored three goals for the League Two side. Now, he has another opportunity that can help him raise the level of his game. He will look to cement his place in Bristol City’s squad. 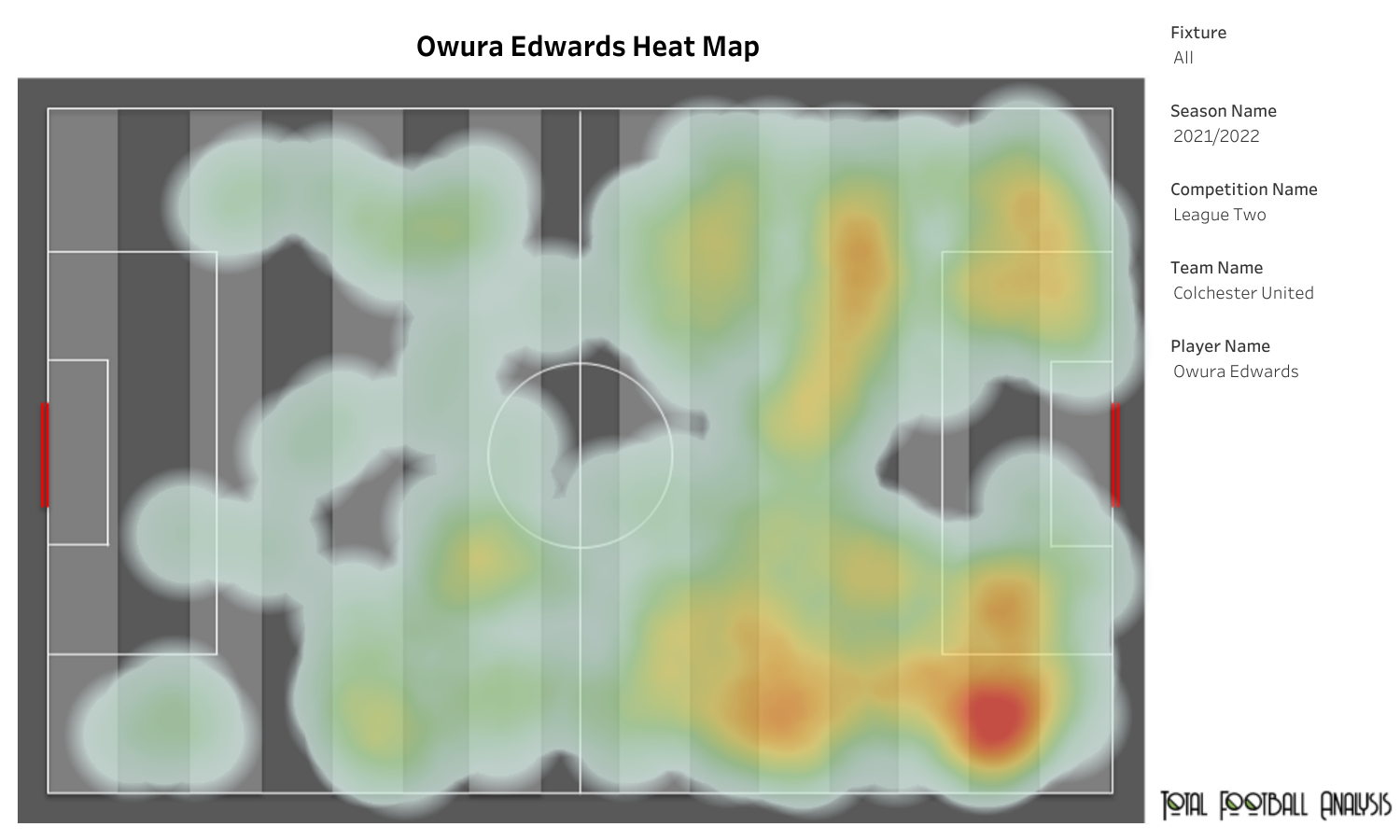 The 21-year-old Englishman joined Colchester United in January 2022. He played 12 games for the club before getting injured in mid-March. He was sent back to his parent club for treatment and only returned for a single match towards the end of the season. He scored three goals for the League Two side and provided one assist. The above viz shows the heat map of the player in those 13 matches. He played on the wings and represented his team on both sides of the field. He primarily operated on the right, and Ross County can make use of his versatility by using him in different positions during the match. 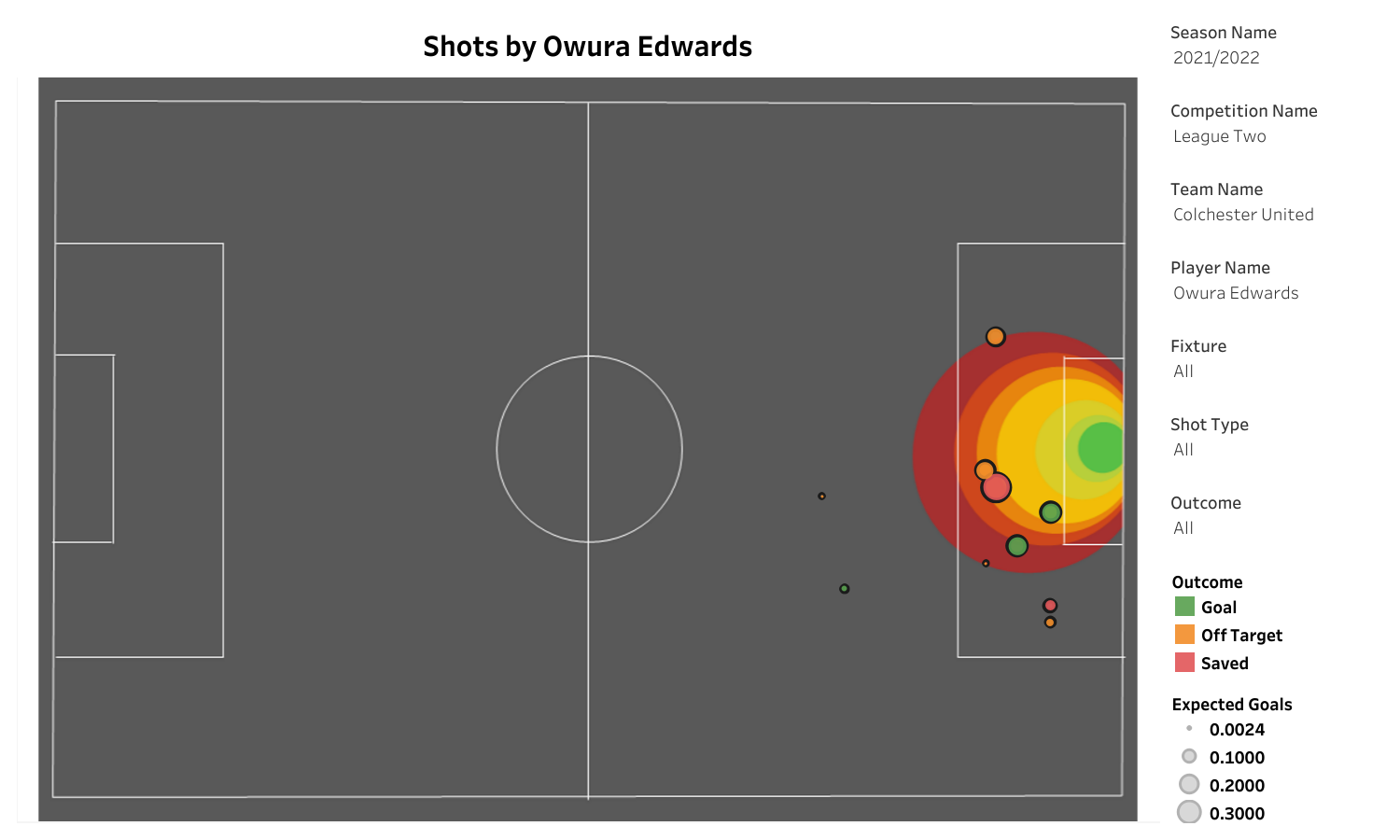 Edwards was involved in 12.67 attacking actions per 90 minutes with a success rate of 44.32%. One of the highlights of the player’s last season was his dribbling with the ball. He averaged 8.2 dribbles per 90 minutes and had a 67.5% success rate. The above viz shows that the player attempted ten shots, five of which were on target. Of these ten shots, eight were attempted from inside the penalty box, with two shots finding the back of the net. We can also observe that most of the shots were attempted from the right side of the play. 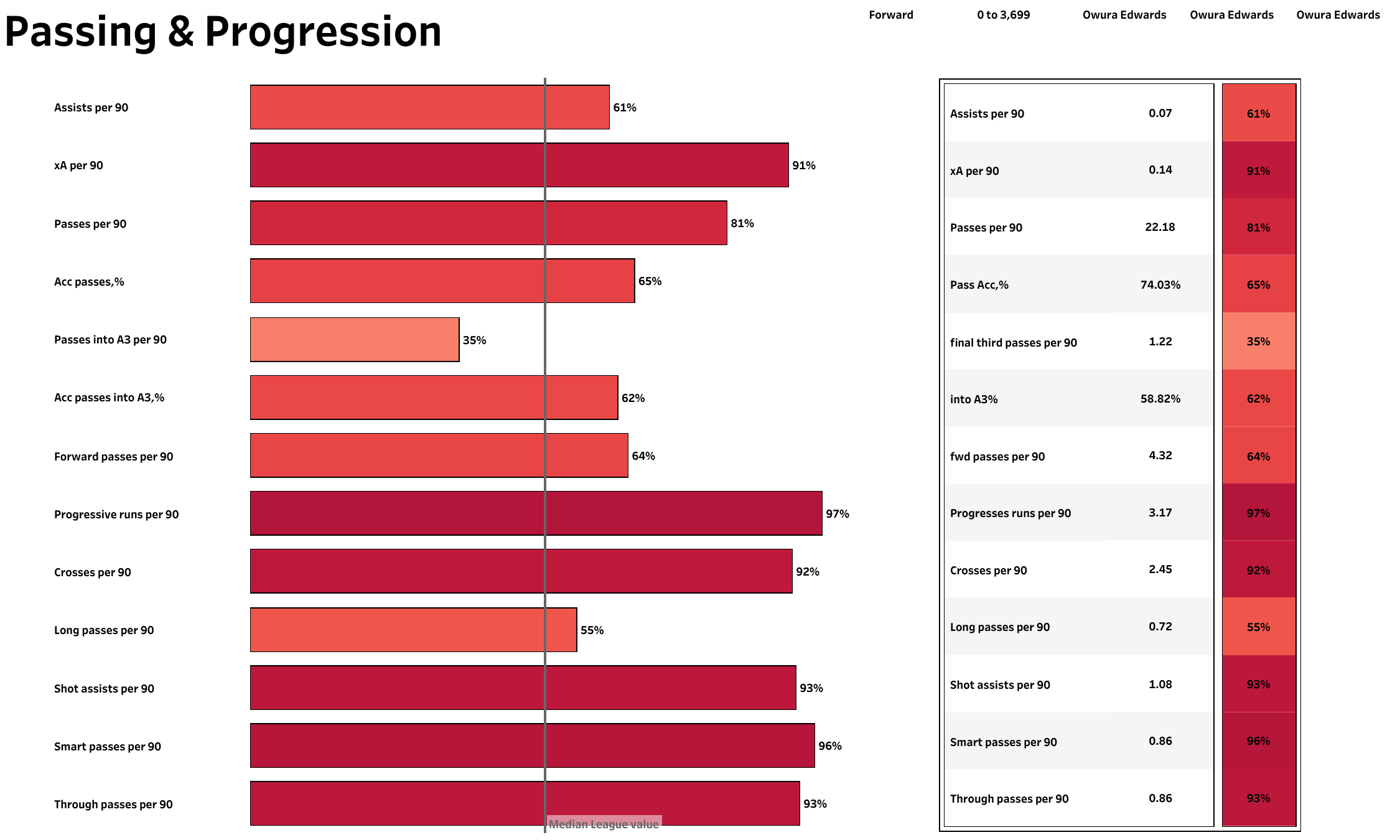 One of the areas where the player impressed everyone was his passing. When looking at the above chart, the general rule is that the longer the bar, the better the performance — you can see the league average in the middle, and the % is the percentile rank the player is in. The player averaged 22.18 passes per 90 minutes with a low success rate of 74%. He was highly ranked for making progressive runs, attempting crosses, smart passes, and through passes. 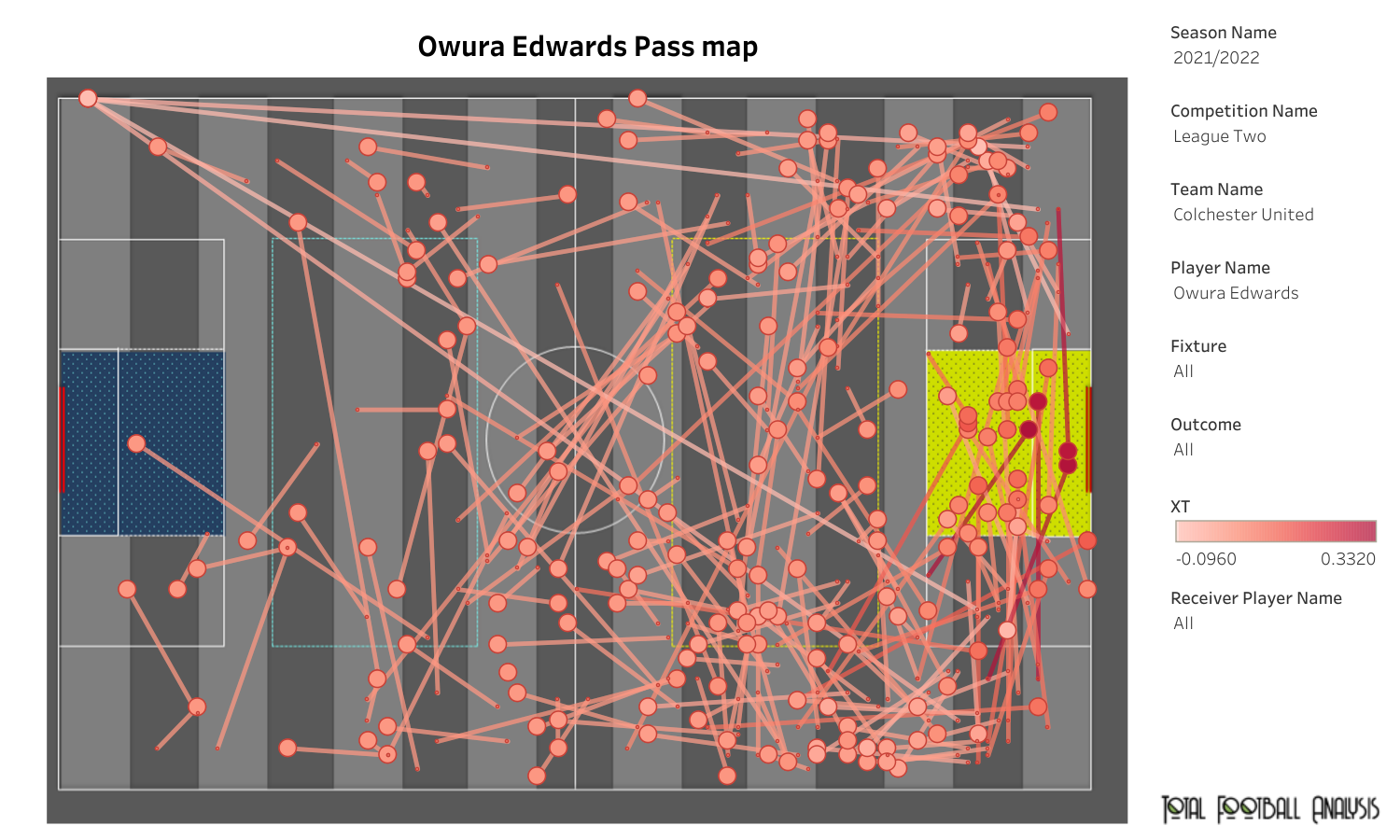 One of the main reasons behind his low passing accuracy was the number of passes attempted by Edwards into the opposition’s penalty box. He created constant threats by supplying passes into the penalty box and troubled the opposition defence.

Owura Edwards showed what he is capable of doing on the pitch. The player can score goals, create them and is a constant threat to the opposition goal. He will be a great addition to Ross County’s squad who will look for a rise in the Scottish Premiership table.