Motherwell have completed the signing of former Hibernian defender Paul McGinn. This is their second signing of the season. Paul McGinn extended his contract at Hibernian but decided to make a move away from the club. The 31-year-old spent 18 months at the club and played a crucial role in his side’s third-place finish in the Scottish Premiership 2020/21 season. Now, the player has accepted a new challenge and will play for Motherwell in the next season. Stephen O’Donnell played as the right-back for Motherwell last season. He wasn’t productive with the ball, and this is the main reason why the manager signed another right-back. McGinn is tipped to replace O’Donnell in the starting XI, and here are some stats that show why McGinn could get the upper hand in this battle. 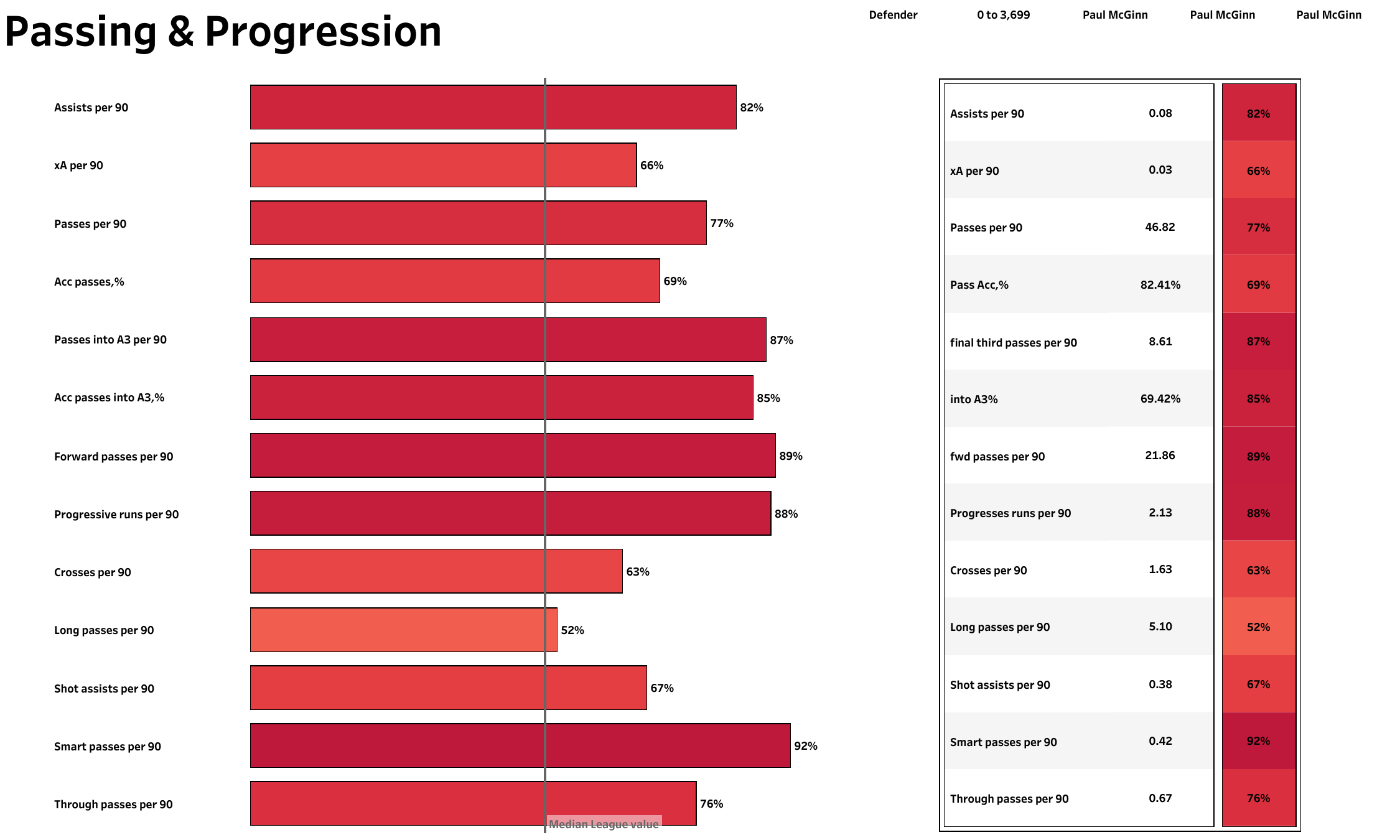 McGinn made 30 appearances for the Hibs last season. He scored three goals and provided three assists. The defender missed most of the games in the second half of the season. The above viz shows the passing stats of the player in 25 Scottish Premiership appearances. When looking at the above chart, the general rule is that the longer the bar, the better the performance — you can see the league average in the middle, and the % is the percentile rank the player is in. The full-back averaged 48.8 passes per 90 minutes and had an accuracy rate of 82.4%. By looking at the above viz, we can observe that he had a high percentile rank for attempting passes into the attacking third and for attempting smart passes. This shows that he created constant threats towards the opposition’s goal. 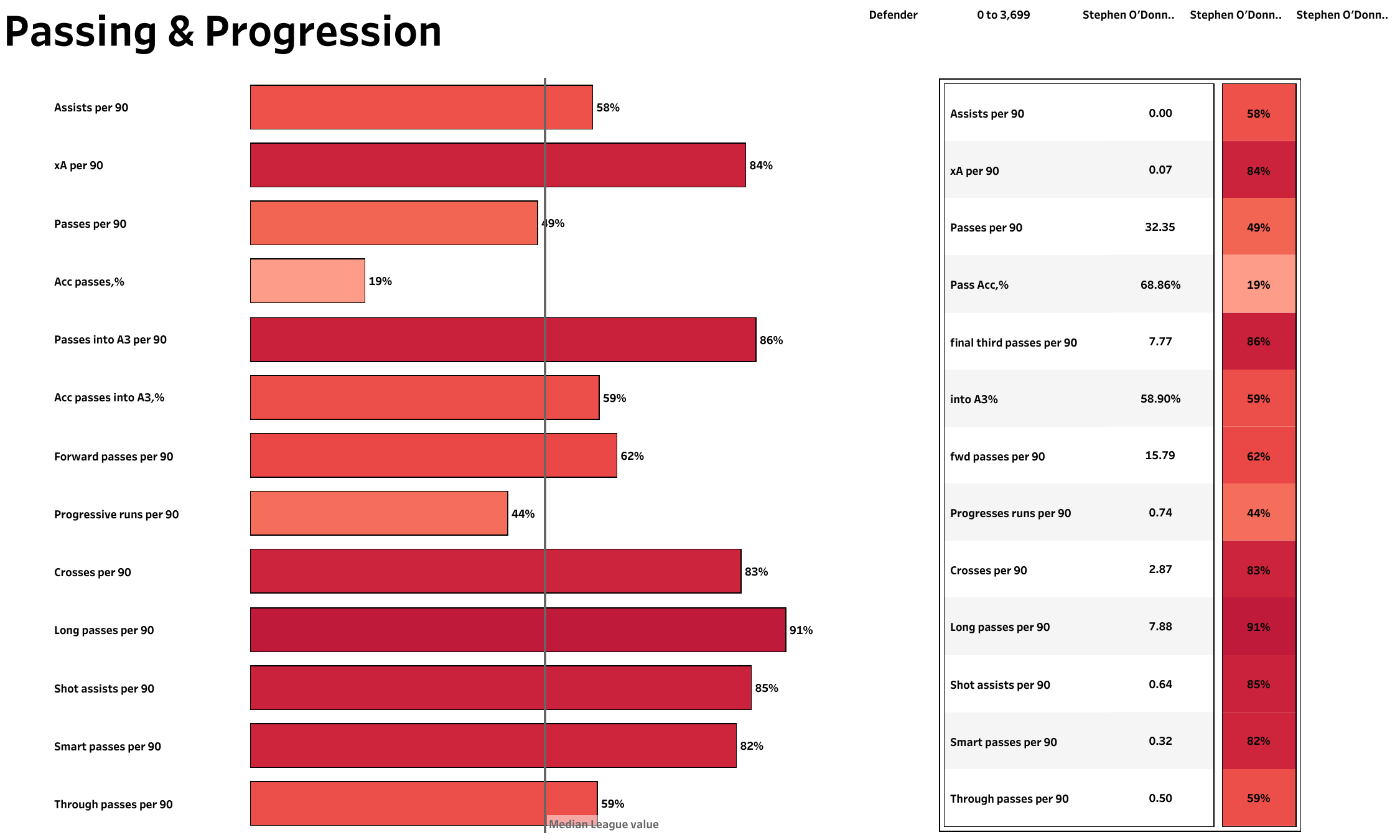 The above viz shows the stats of O’Donnell in his 28 league appearances. We can observe that Motherwell’s full-back attempted fewer passes than his new teammate. O’Donnell was also ranked low for attempting forward passes. The 30-year-old attempted more crosses and long passes than his opponent. However, the full-back failed to provide an assist. 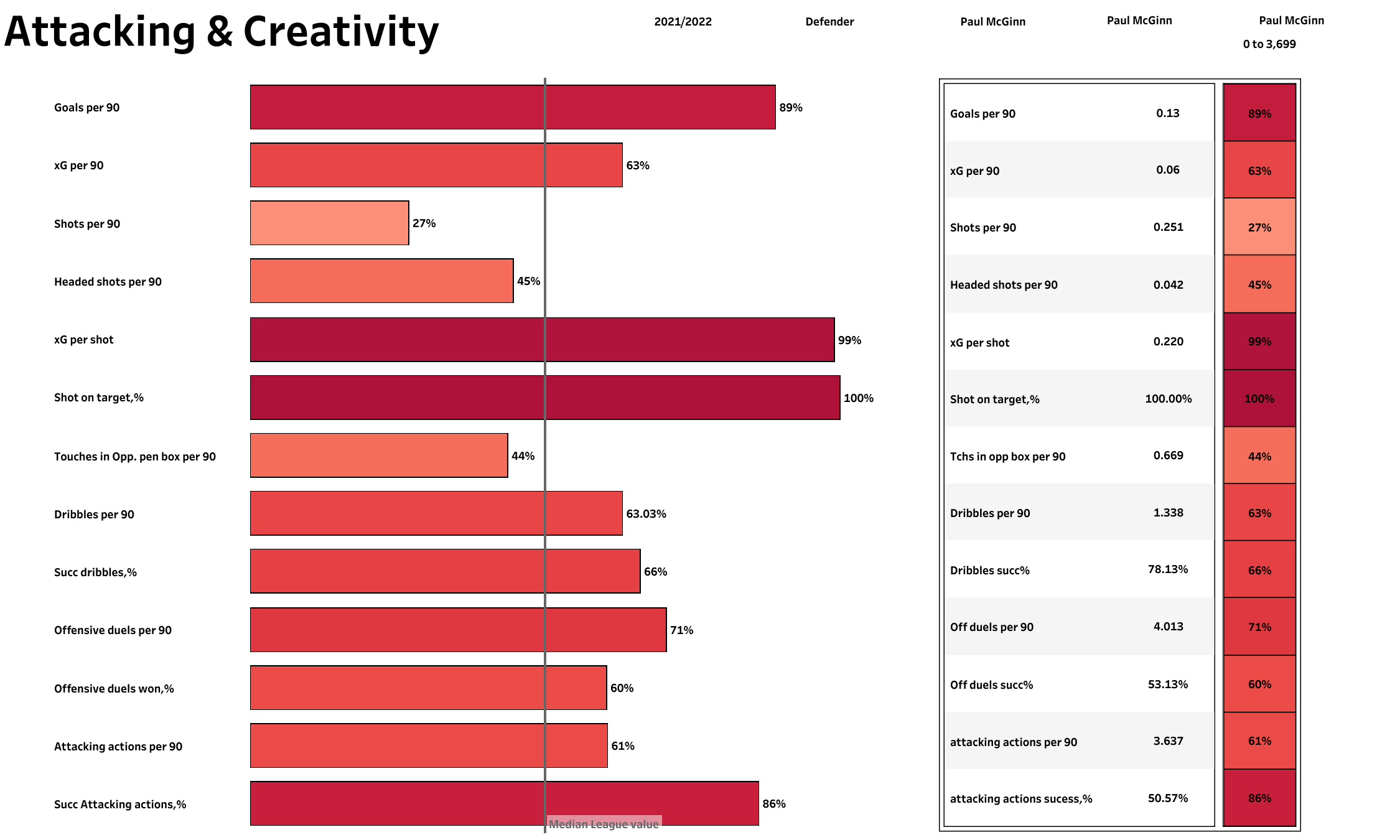 McGinn was involved in 3.6 attacking actions per 90 minutes with a success rate of 50.57%. He attempted six shots with a high accuracy rate of 100%. The player also managed to get 16 touches inside the opposition’s penalty box. 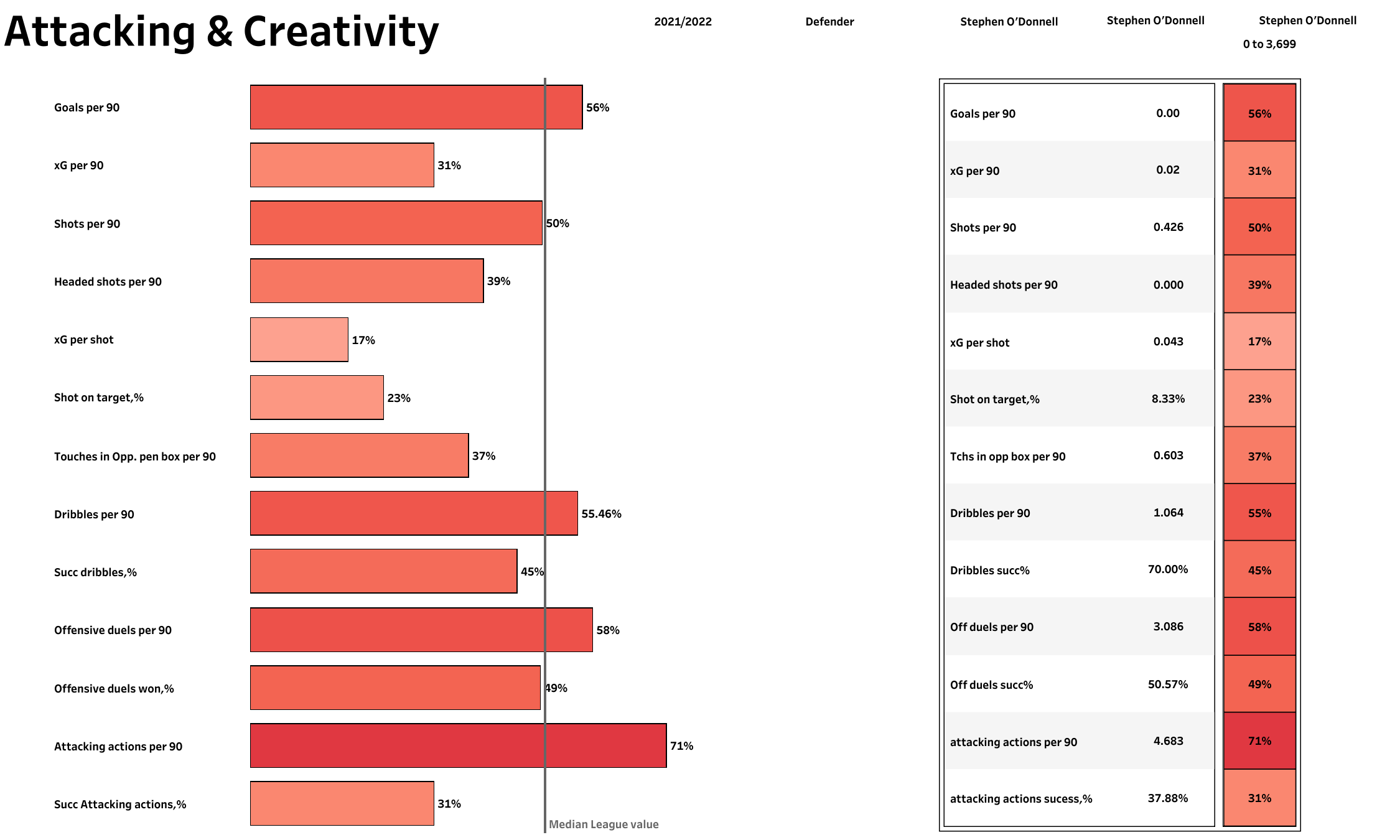 O’Donnell, on the other hand, struggled to create chances for his team. He was involved in more attacking actions but had a low success rate. O’Donnell attempted more shots but had a very low accuracy rate and was unable to convert any of the chances. He struggled to attack, and his productivity was low.

McGinn created more chances and created threats while going forward. O’Donnell failed to register a goal and an assist. The manager will look to replace O’Donnell in the starting XI to increase the right side’s productivity and help Motherwell finish in the European places.