After a successful third-place finish in the Scottish Premiership 2021/22 table, Hearts are looking for players who could help them to contest for the title. They are active in the transfer window and have made a move for Livingston midfielder, Alan Forrest. Dundee United are also interested in signing him, but it looks like Hearts would be the likely destination for the 25-year-old Scotsman. Hearts will be playing in the UEFA Conference League next season and the manager has already set his sights on adding more depth to the squad. Alan Forrest made ten goalscoring contributions in the league last season and could be valuable to the Hearts’ squad. Here are some of the stats from last season that show why the midfielder is in high demand in the league.

Forrest made 36 Scottish Premiership league appearances for Livingston in the recently concluded season. He managed to score six goals past the opposition’s goalkeeper and assisted four goals. 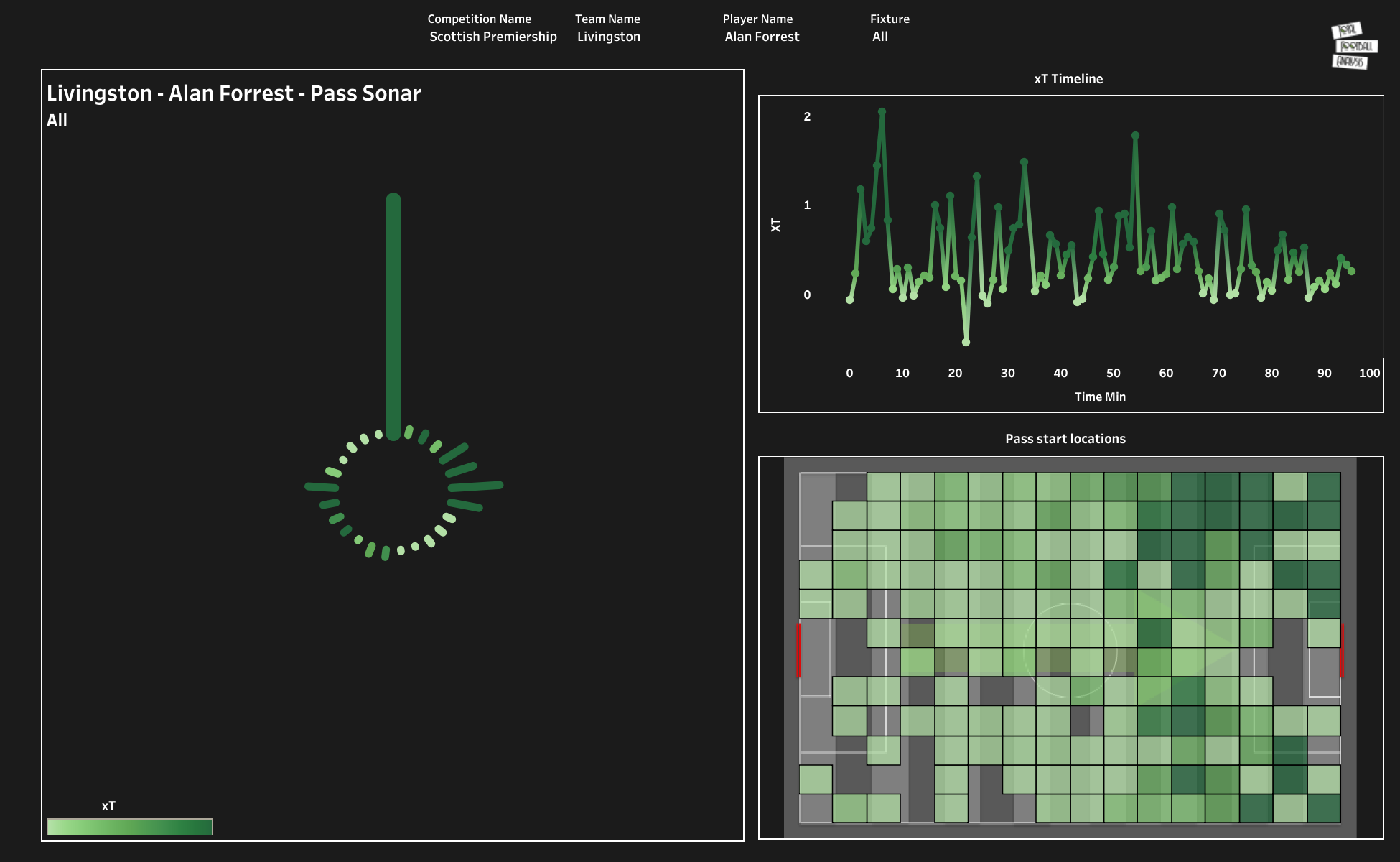 The above viz shows the pass start location as well as the threat created at different intervals by the player. Alan Forrest featured on the left side for Livingston. The pass start location also shows that most of the threats and passes have been attempted from the left side. He has stretched the opposition defence and also penetrated the opposition’s penalty box. The midfielder attempted 22.39 passes per 90 minutes with a 73.84% passing accuracy rate. The xT timeline shows that the midfielder created more threats in the first half. 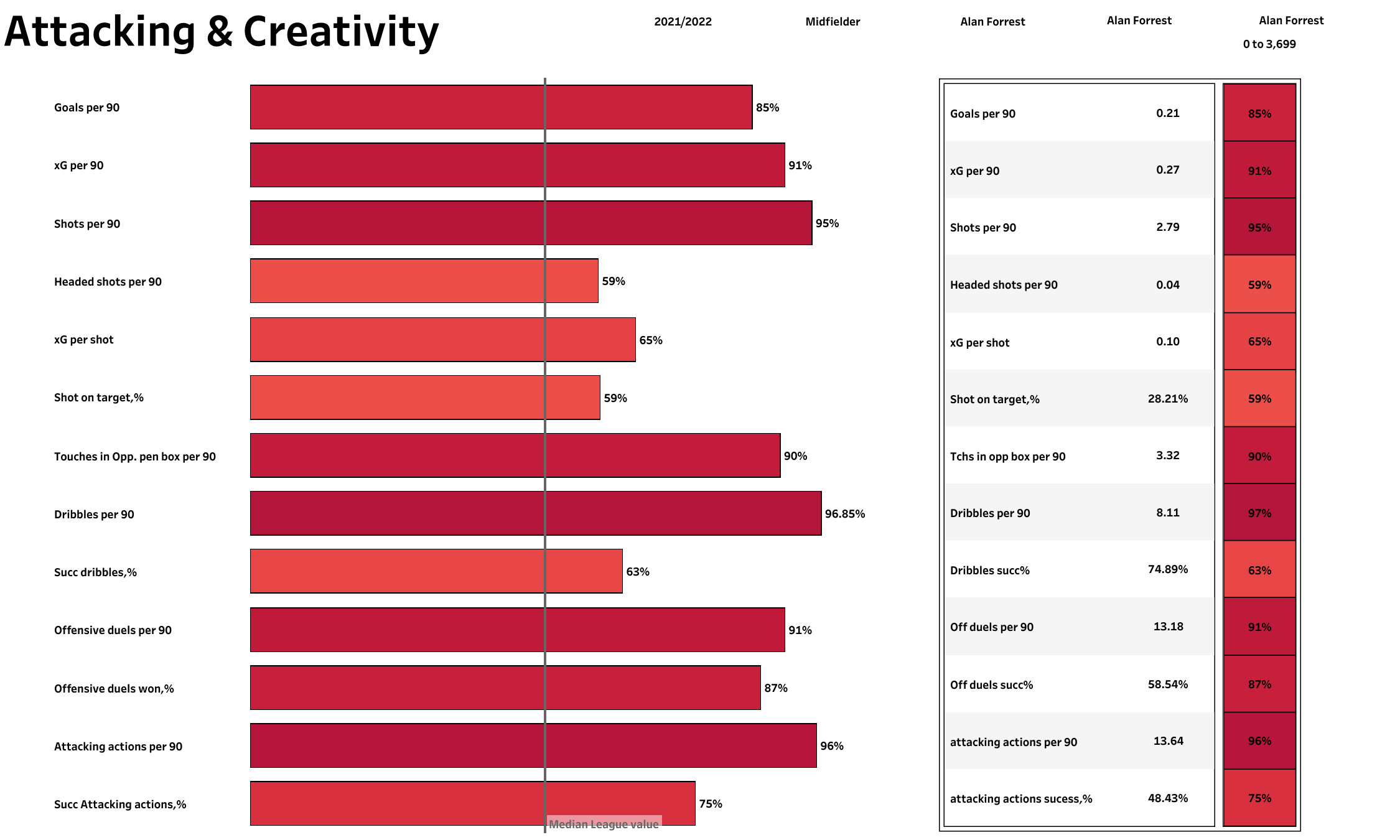 When looking at the above chart, the general rule is that the longer the bar, the better the performance — you can see the league average in the middle, and the % is the percentile rank the player is in. Forest was used more as a goal-scoring midfielder, and he was less involved in creating plays from the centre of the park. The attacking midfielder had a high percentile rank when compared to other midfielders in the league. He averaged more than two shots per 90 minutes and took more than three touches inside the opposition’s penalty box. One of the most impressive things was his dribbling. He averaged 8.11 dribbles per 90 minutes with a 74.89% success rate. The 25-year-old was involved in more than 13 attacking actions per 90 minutes. Forrest is a threat with the ball at his feet. He dribbled past opponents and created chances from the wing. 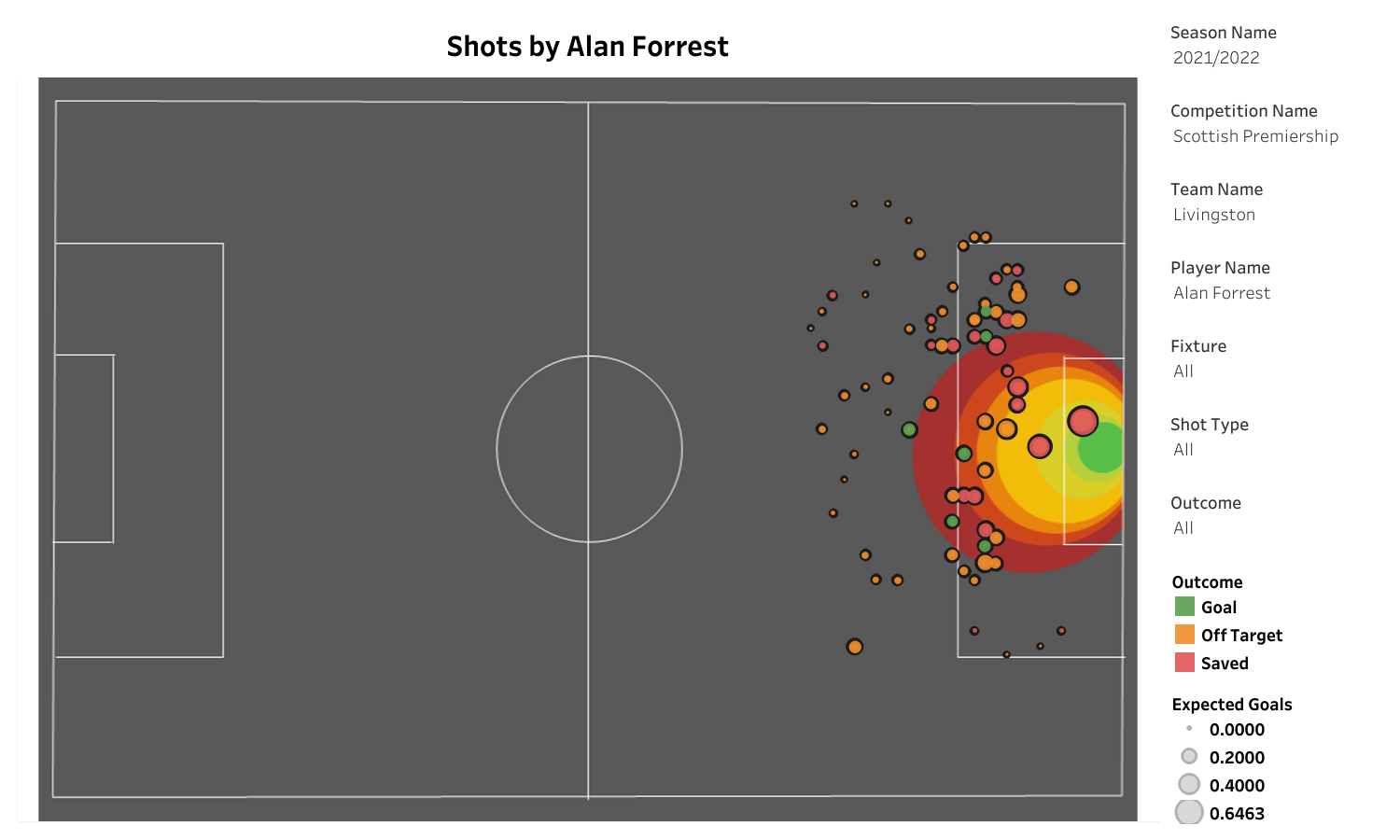 Forrest made ten goalscoring contributions and was a threat towards the opposition goal. He is a good dribbler of the ball and can stretch the opposition’s defence. The player could provide extra flair to Hearts’ attack and help them to contest for silverware next season. Alan Forrest is likely to finalise the move in the next few days.