Alex Cochrane spent a season out on loan at Scottish Premiership side, Hearts. He is currently under contract with Brighton & Hove Albion of the English Premier League. The Seagulls are looking to cash in on the youngster and sell him for the right amount. Hearts are keen on getting the defender back after a successful season. However, they are facing a challenge from other English clubs playing in the lower divisions. Cochrane is likely to leave in the summer, and Hearts is the only club where he could adjust easily. 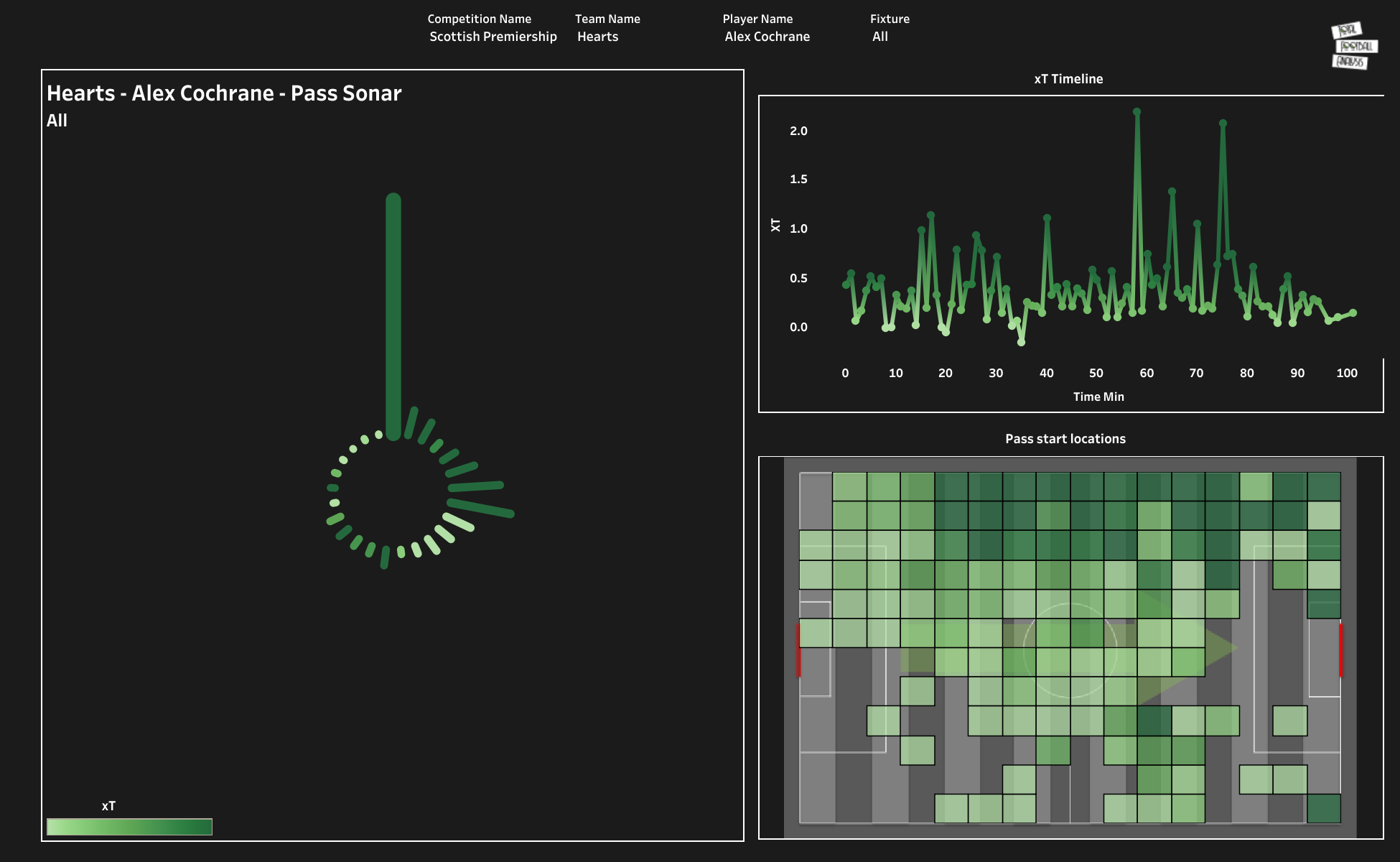 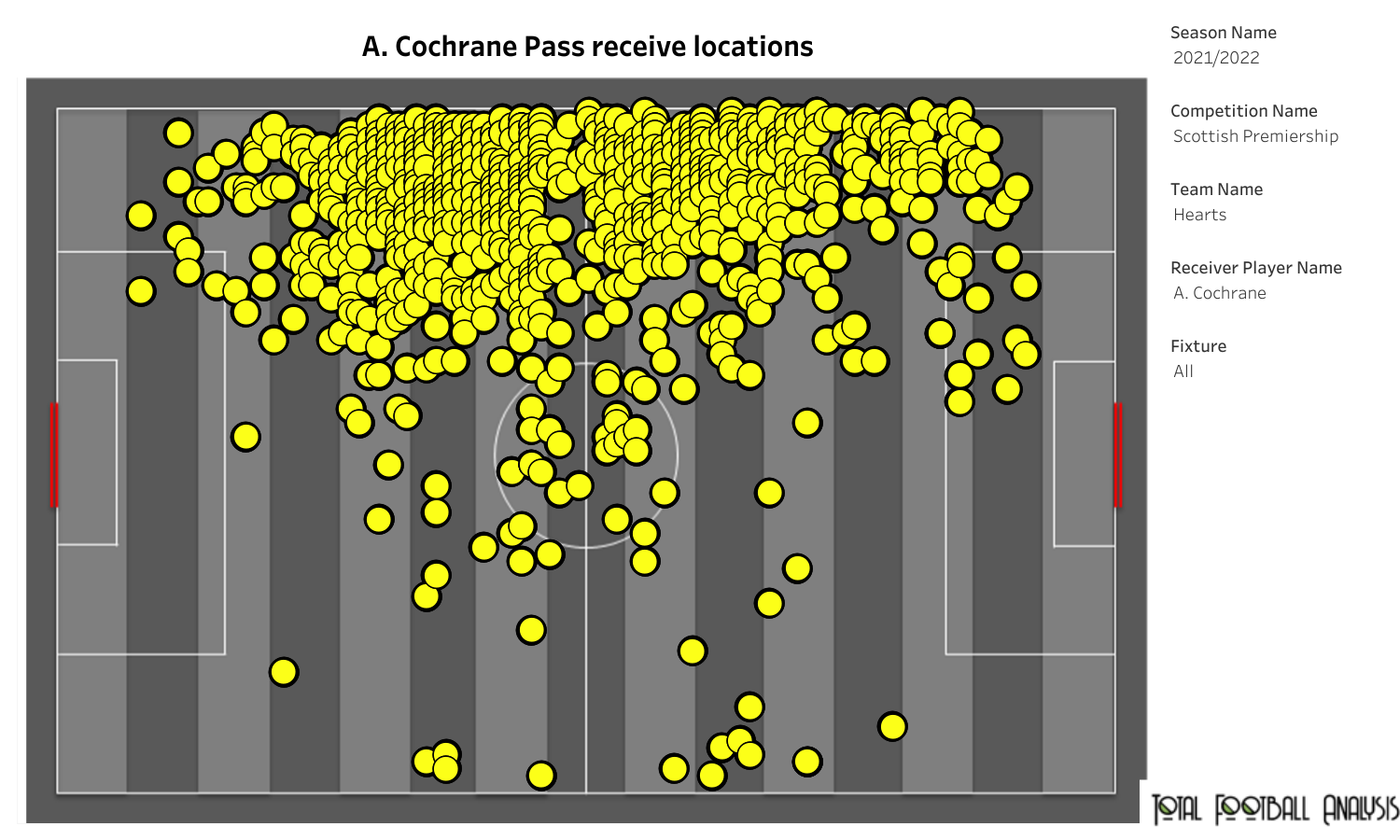 The above viz shows the pass receiving location of the young full-back. Cochrane received most of the passes in his left-back position. He received some of the passes inside the opposition’s penalty box. The 22-year-old attempted ten shots and only managed to hit the target twice. He scored two goals, and those goals were scored from the only shots on target. 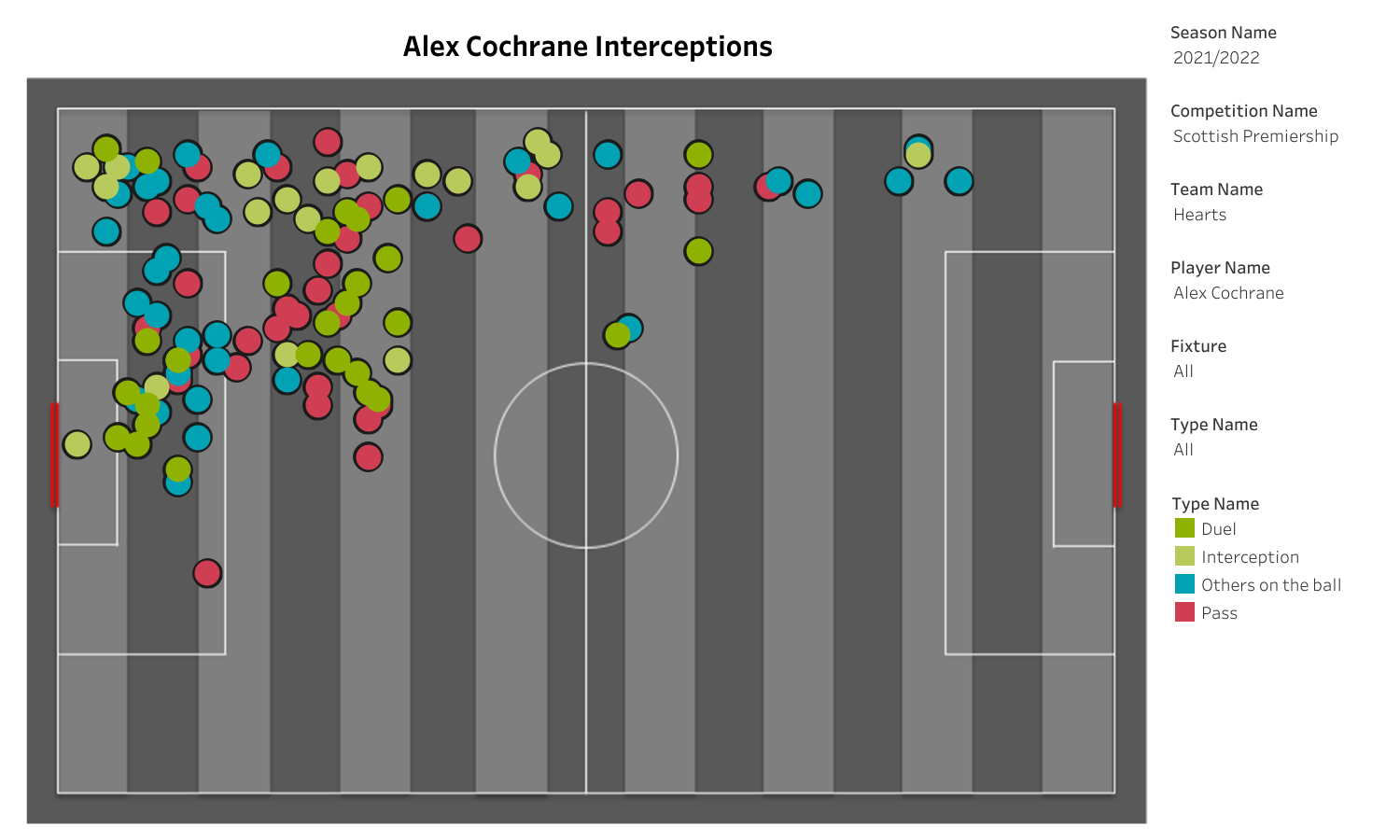 Alex Cochrane could turn out to be a bargain for Hearts. He has already played for the team and will be a regular in their squad. Hearts are also playing in the UEFA Conference League next season, and the player might be tempted to make a move to the Scottish club.