Callum Johnson joined Ross County from English club Portsmouth on a two-year deal. The defender spent the last season on loan in EFL League One with Fleetwood Town. The 25-year-old is an attacking full-back, who likes to make forward runs for his side. He has experience playing in English football and has won the EFL League Two title with Accrington. Some of the stats from last season show why Ross County signed the player. 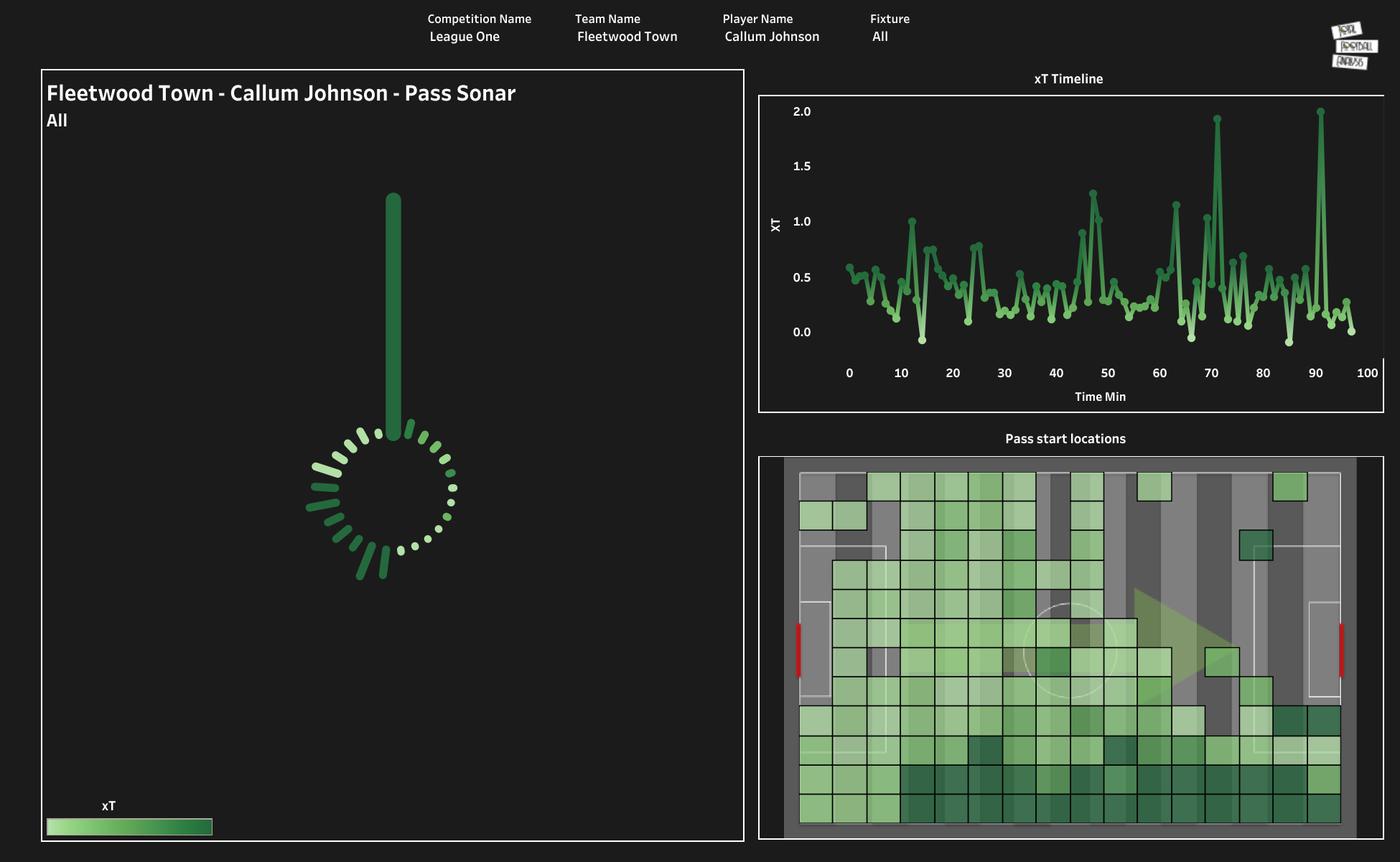 The right-back made 41 appearances in all competitions for the club. The above map shows the pass start location and threat created from passes in 36 league appearances for Fleetwood Town. The defender managed to score four goals and provide an assist. The goal-scoring ability of the player makes him an asset for any team. The pass start location map shows that Johnson created constant threats from the right side, and the xT timeline shows that the player created a lot of threats in the last phase of the matches. 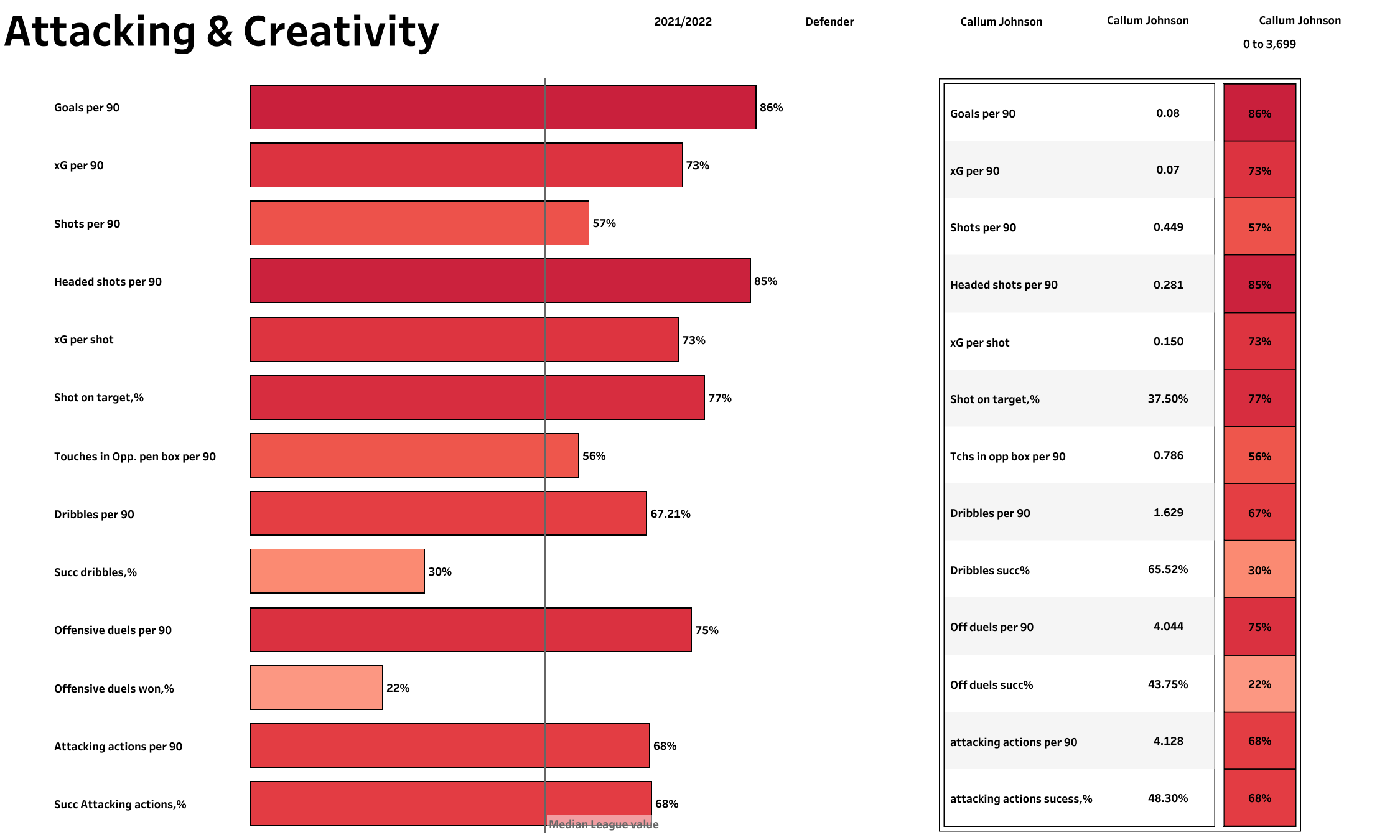 As mentioned earlier, the defender played a high attacking line. When looking at the above chart, the general rule is that the longer the bar, the better the performance — you can see the league average in the middle, and the % is the percentile rank the player is in. The defender was involved in 4.1 attacking actions and had a success rate of 48.3%. He attempted almost one shot in every two games and had a 37.5% shot accuracy rate. Johnson attempted fewer dribbles and was unable to create a lot of impact with his skills on the ball. Overall, he was one of the best-attacking full-backs in the league. 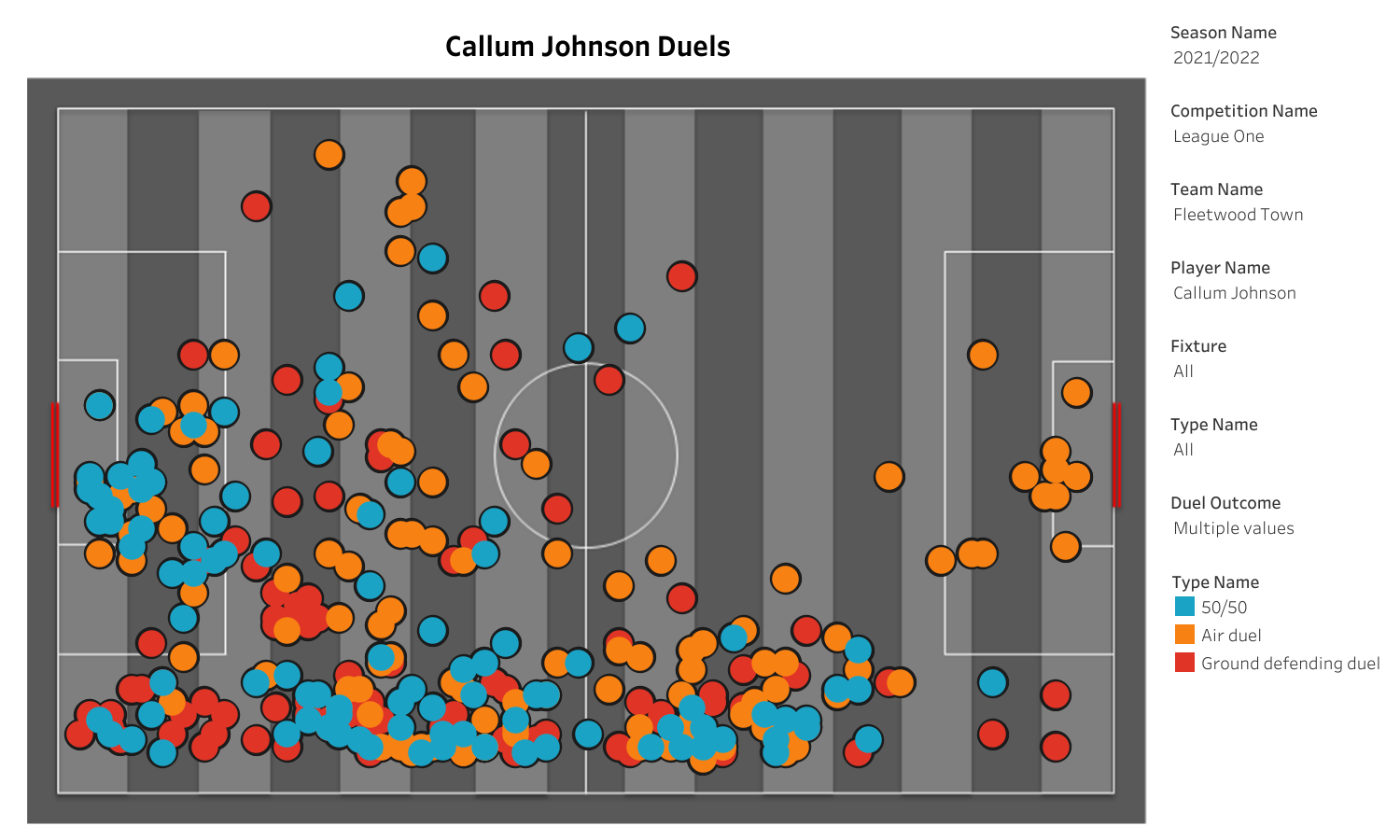 Johnson was only involved in 11.2 defensive actions and was ranked low amongst other defenders. He won 76.25% of his defensive actions. The right-back contested 6.7 defensive duels, 5.7 aerial duels, and 4.4 loose ball duels per 90 minutes. His aerial duels win percentage was over 50%, and he managed to win eight aerial duels inside the opposition defence. Johnson managed to score goals during corners, and this makes him a threat during set-piece plays. 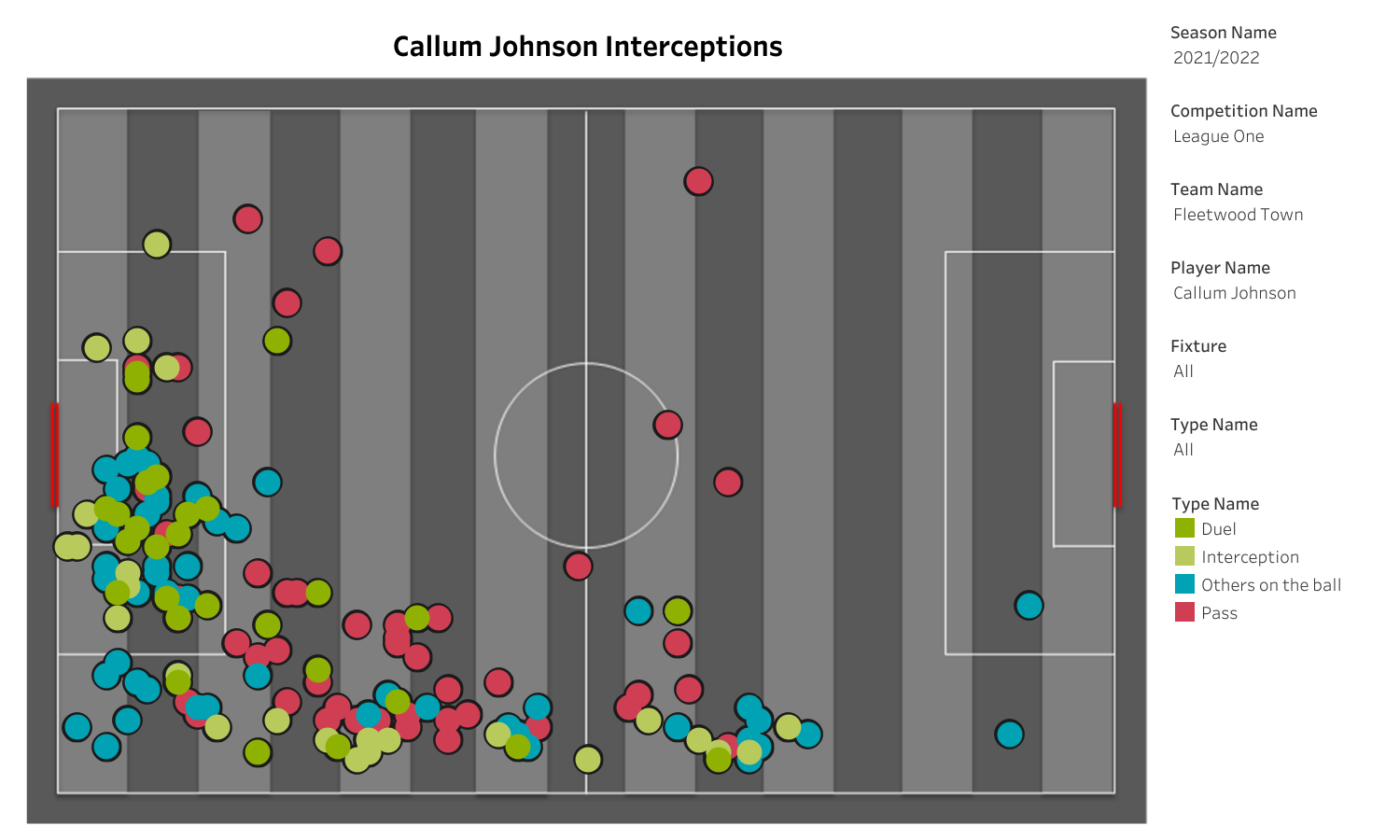 The right-back averaged 4.4 interceptions per 90 minutes, and most of them were made in the defensive third. The above viz shows that Johnson intercepted a few passes outside the penalty box to stop the opposition from attacking. His highest count for interceptions was when other players were on the ball.

Callum Johnson was dominant in the attack and carried a goal-scoring threat. The right-back can also deliver passes into dangerous areas and create chances for his teammates. His defending was decent, and that is the area he has to work on. The player will look to score his first goal as soon as he finds space inside the opposition box during set-pieces.