Hibernian have once again started their search for a winger after Aiden McGeady is sidelined due to a long-term injury. The Republic of Ireland player was signed by Hibernian in the summer, but now, he is injured, and the manager is left with limited options on the flanks. One of the players to have emerged as a target for the Scottish Premiership side is Charlton Athletic’s winger, Charlie Kirk. Hibernian have shown an interest in the player who joined Charlton Athletic from Crewe last season. He is a left-winger, and let us look at some of the stats that show why Hibernian are interested in the player.

Charlton signed the forward in the summer and only gave him eight opportunities in the EFL League One. After spending half a season at Charlton, he was loaned out to Blackpool in the EFL Championship. The player got nine matches under his belt, in which he provided three assists. He is a creative player, and that has caught the eye of Lee Johnson. 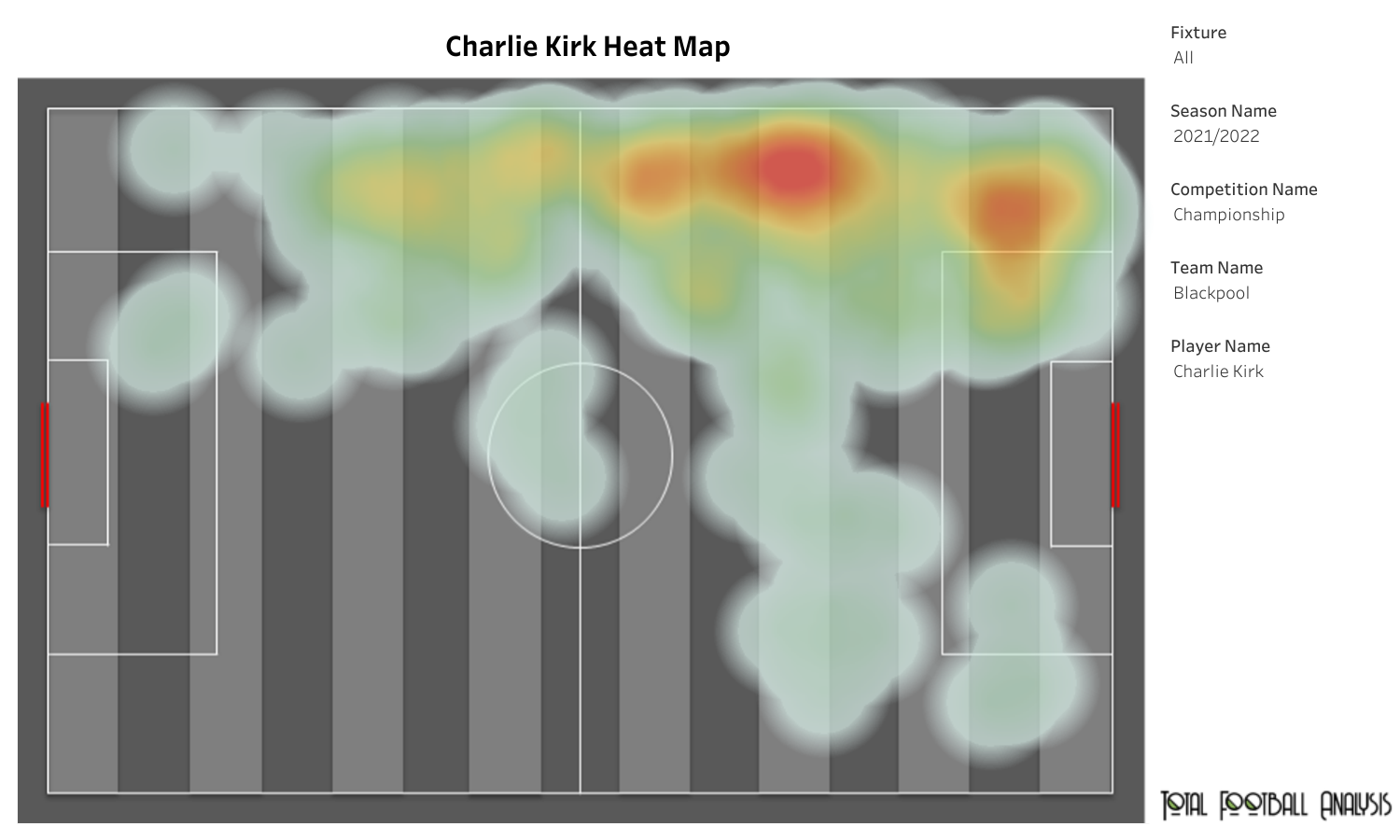 The above viz shows the heat map of the Blackpool player. Kirk likes to stretch the opposition defence on the flanks and create chances for his teammates. The heat zones show that the player likes to play a high attacking line and could frequently create chances for the strikers. 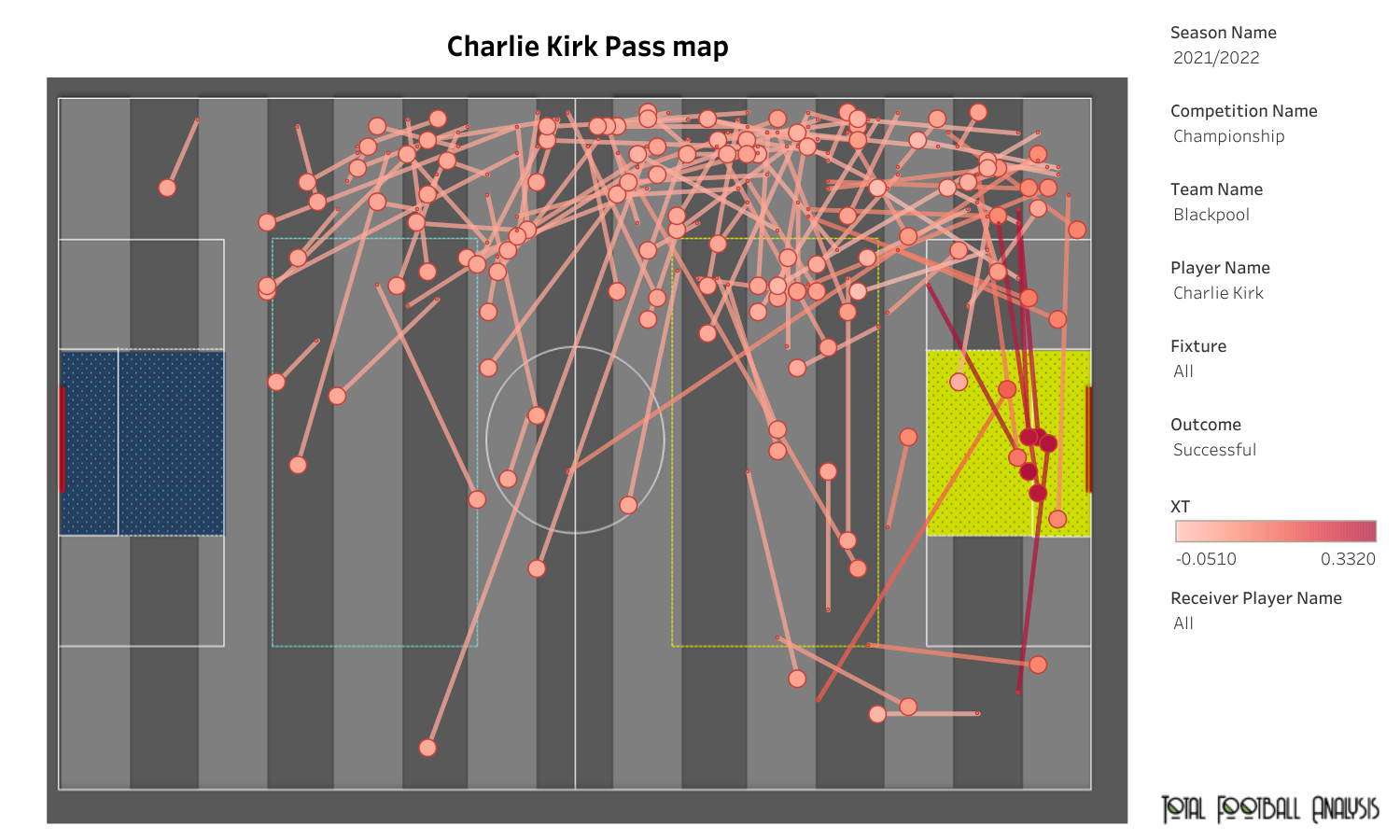 Charlie Kirk had five assists in 23 appearances last season. When we look at the above viz, it shows all the passes that the winger successfully delivered. It can be noticed that Kirk found his teammates inside the opposition’s 6-yard box, and that attracted the attention of other clubs. The 24-year-old could be signed on a loan spell until the arrival of McGeady. 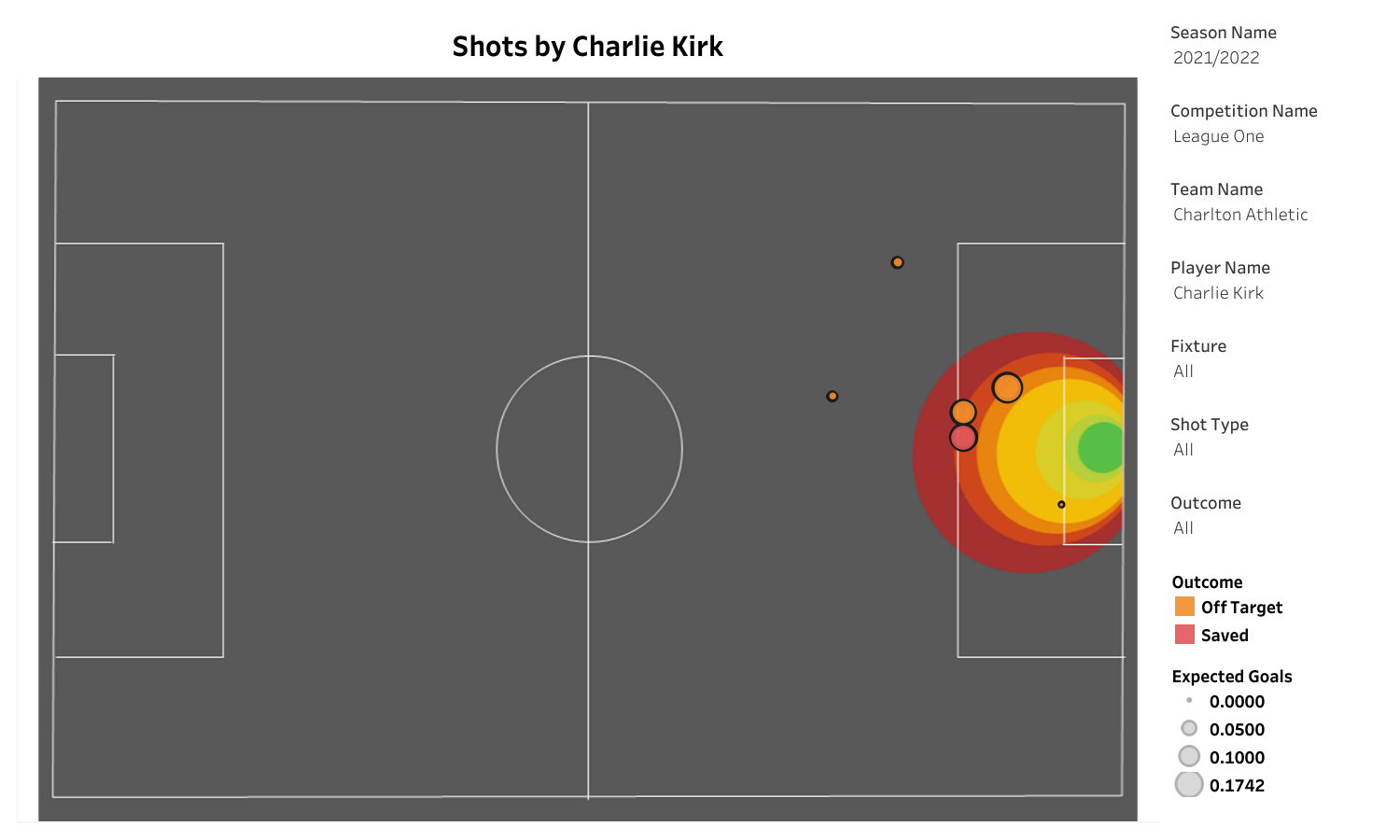 The forward has struggled to score goals despite taking a few shots. The above viz shows that he likes to cut inside and attempt shots to beat the goalkeeper on either side.

Charlie Kirk could add more creativity to Hibernian’s attack. They aim for a top-half finish and need to build momentum from the start. The team will now look for the final recruitment before the closing of the transfer window.