Livingston signed Hearts right-back, Jamie Brandon, on a pre-contract for a three-year deal. He spent the second half of the season playing for Scottish Championship side, Greenock Morton. Injuries limited his opportunities on the pitch, and he made only 12 appearances in the Scottish second tier. Now, the player has a chance to show his skills in the Scottish Premiership after signing for Livingston.

Brandon played in 12 Scottish Championship games for Greenock Morton. He was unable to score a goal or provide an assist but was a constant threat from the right side. 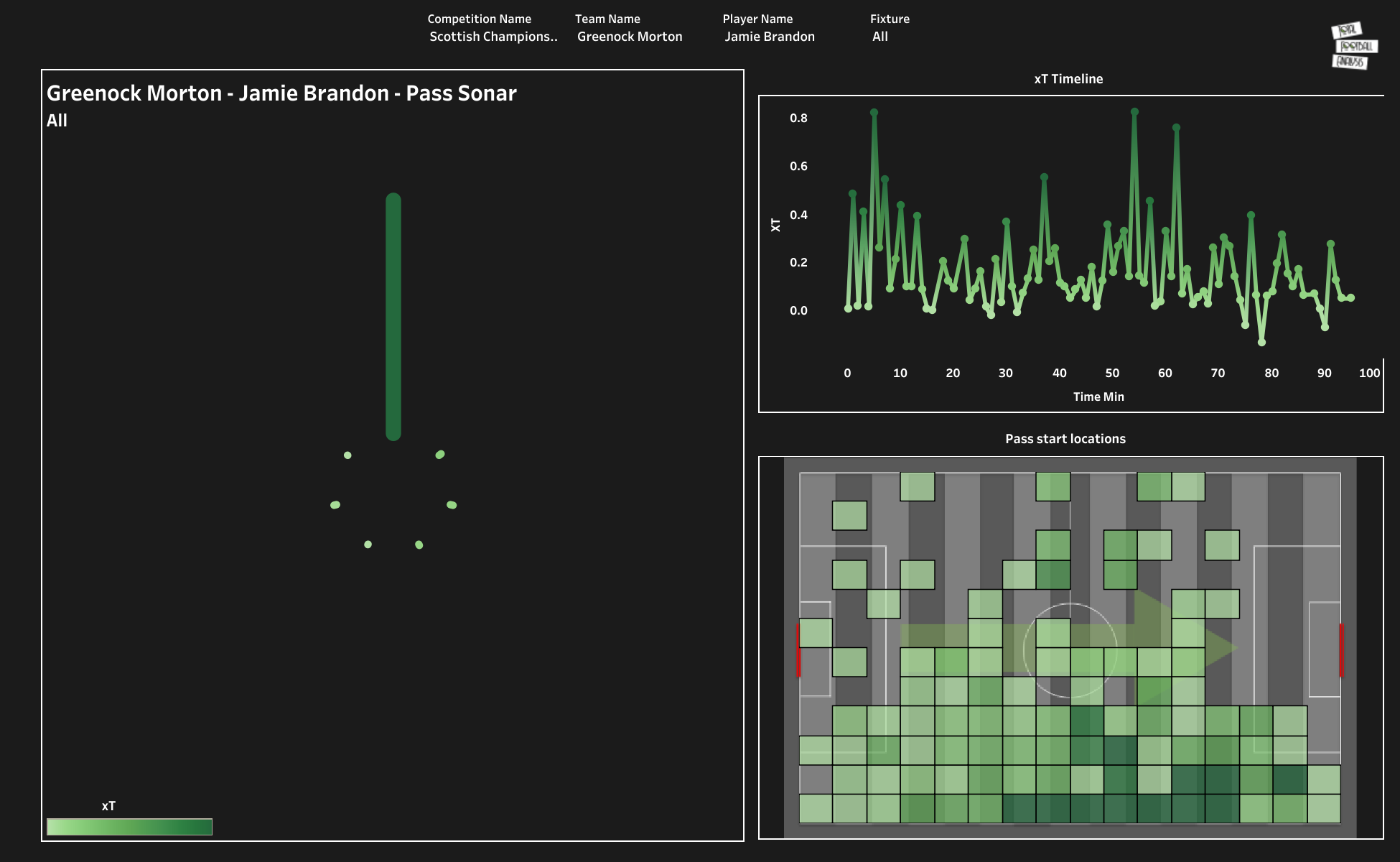 The above viz shows Brandon’s pass start location, and the xT timeline shows the threat created by the passes at different time intervals. The 24-year-old full-back played a very wide line towards the right side. He tried to get past the opposition defence and attempted 31 dribbles in the season. Overall, Jamie Brandon averaged 23.83 passes per 90 minutes with a 61.7% passing accuracy rate. Of these passes, 6.85 passes per 90 minutes were attempted into the opposition’s final third with a 52% accuracy rate. The full-back also averaged 2.2 crosses per 90 minutes, and these landed in dangerous areas. 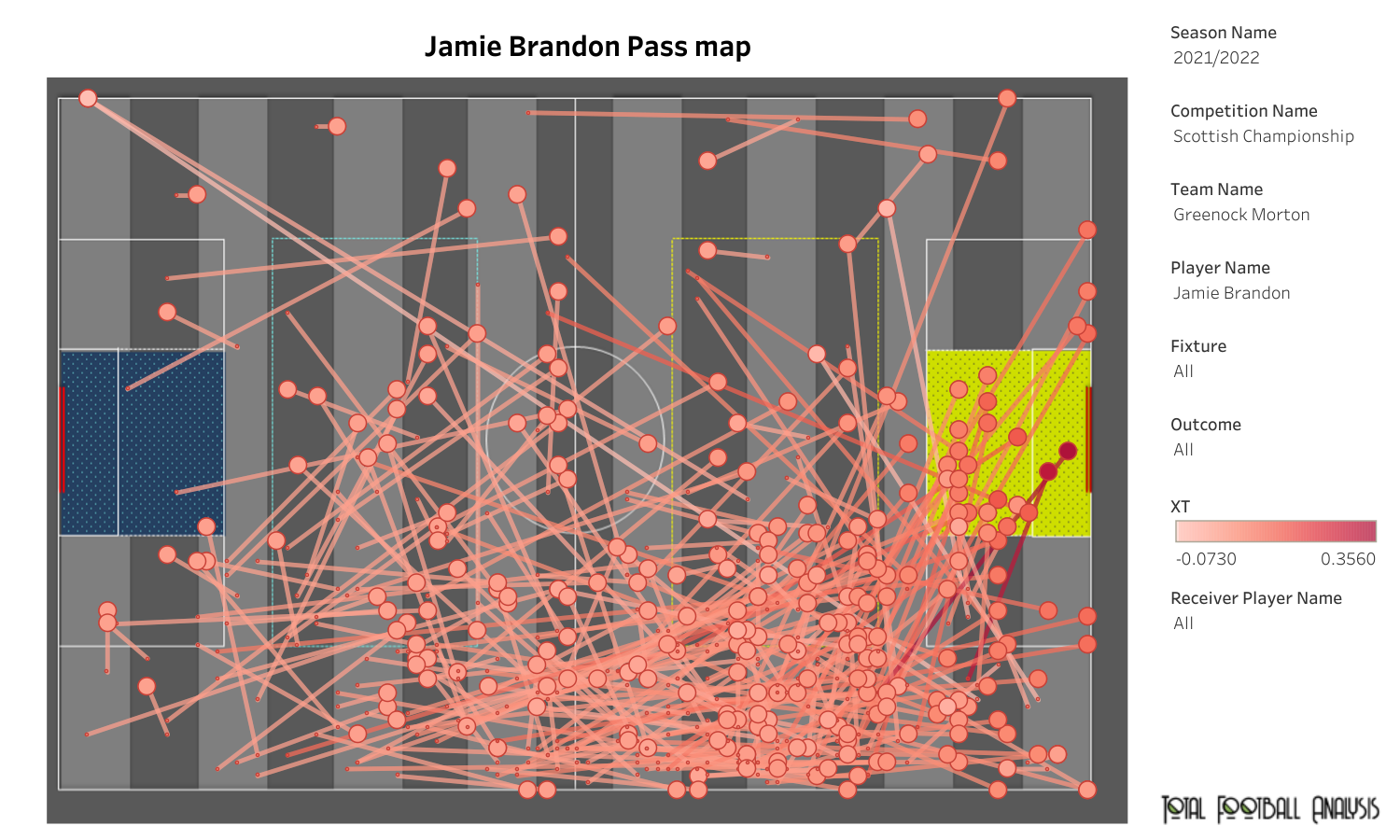 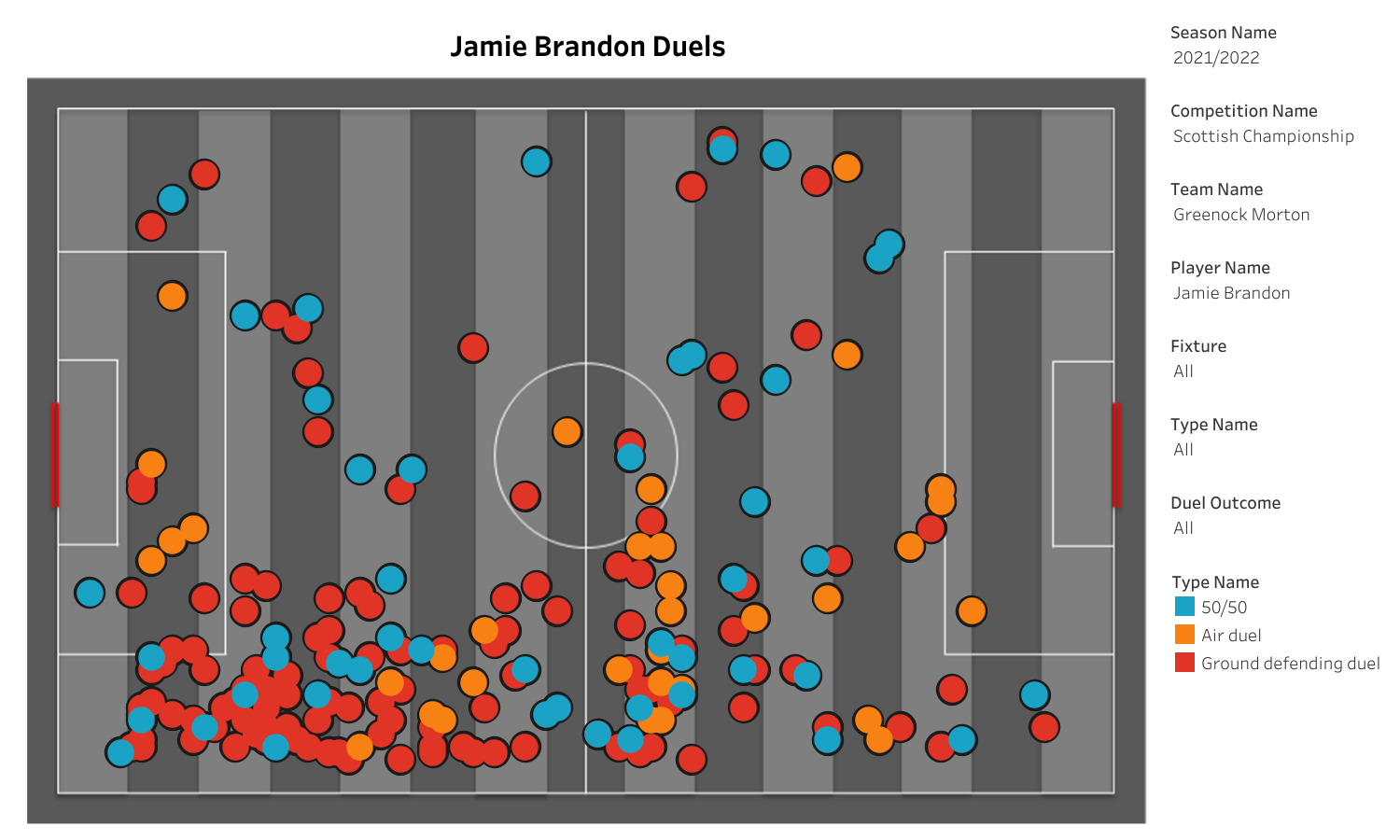 Jamie Brandon’s season was affected by injuries and that limited his game-time on the pitch. However, the player tried to create a few chances for his teammates with a few crosses into the box. Livingston will expect that the player remains fit and contributes more to the team. The full-back will also look to cement his place in the side.