Hearts have completed the signing of former Dundee United defender Lewis Neilson on a three-year deal. The defender is just 19 years old and has a lot to offer in the coming future. John Souttar’s departure to Rangers left a spot in the defence for Hearts. Neilson was desperate to leave Dundee United following the expiry of his contract. He can play as a centre-back and right-back in the team. He made only a few appearances in the Scottish Premiership last season. This left him frustrated and the defender decided to leave the club and opted to play for Hearts. Hearts will be playing in the UEFA Conference League, and the player can be a valuable asset going into the future.

Neilson made only six appearances in the Scottish Premiership last season. He started in five matches and came on as a substitute in one. All of his appearances were in the second half of the season. 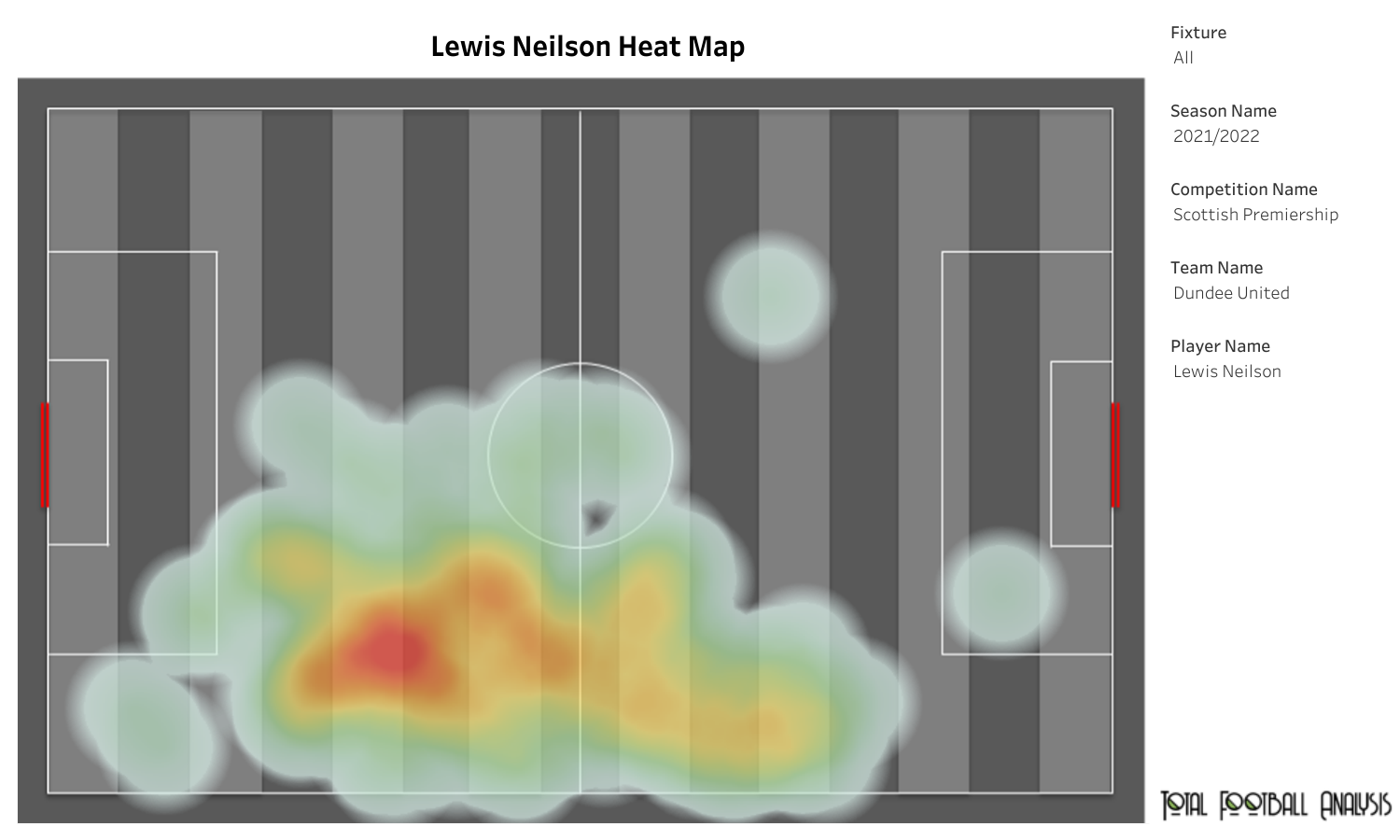 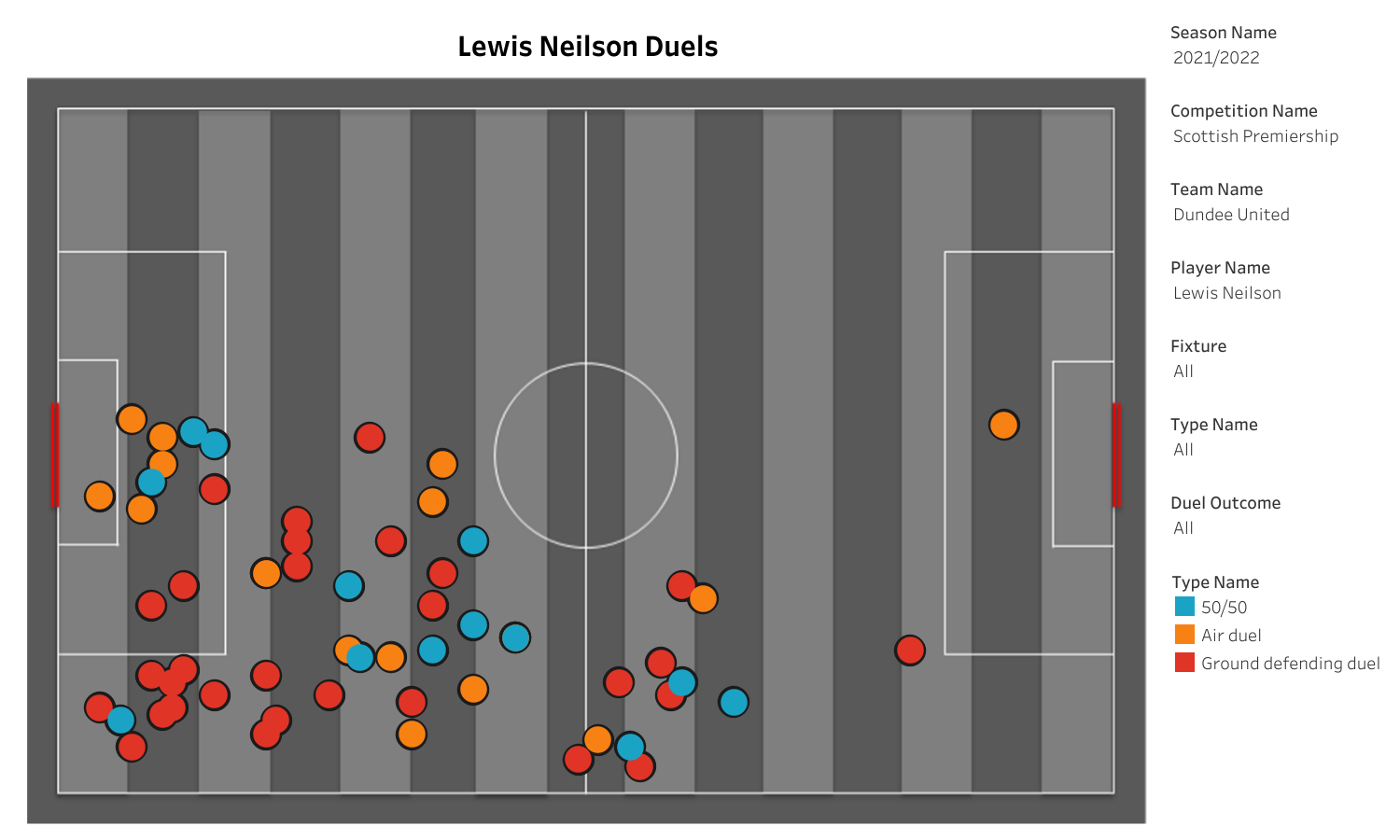 Lewis Neilson was involved in 11.8 defensive actions per 90 minutes and had a success rate of 76.67%. The above viz shows all the duels that were contested by the player. He contested most of the duels inside his team’s half. The 19-year-old contested 6.11 defensive duels, 3.15 aerial duels and 2.56 loose ball duels per 90 minutes. However, the success rate was low at 12.9% for defensive duels, 56.25% for aerial duels, and 46.15% for loose ball duels.

His other defensive contributions included 25 interceptions. Neilson also made 45 recoveries, and seven were made inside the opposition’s half.

Neilson’s performances were affected due to a lack of game-time. He played his first game in December. He then played games two and three in January. The player didn’t feature in the Scottish Premiership in February and ended the season with one appearance each in March, April and May. He will now be expecting to get more minutes on the pitch after signing for Hearts. Hearts will also look to make use of his full potential. Lewis Neilson is a talented player and can offer a lot to Hearts.