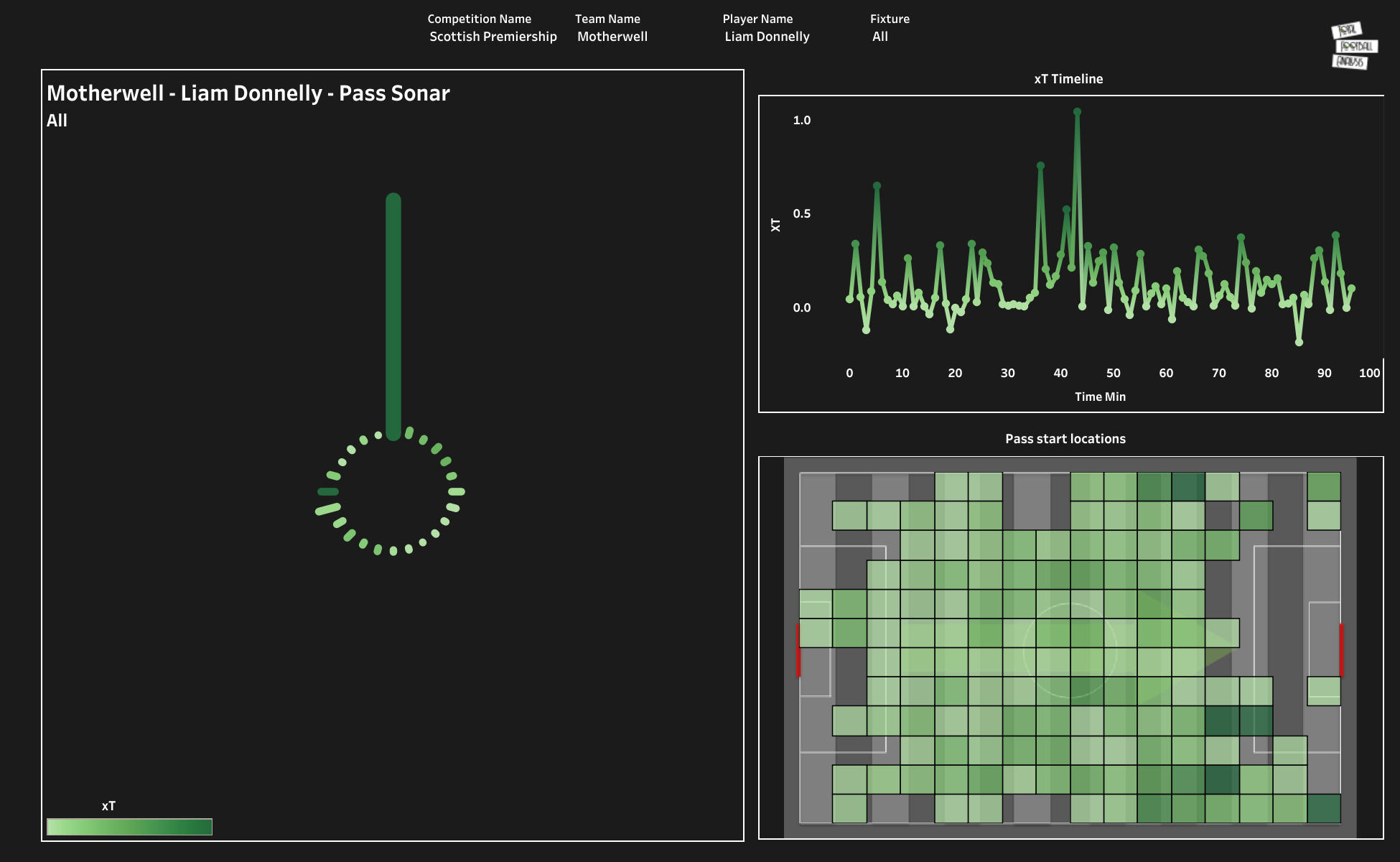 Donnelly made 23 appearances for Motherwell last season. He started in the midfield and played a deeper role for his side. He was unable to provide a goal-scoring contribution. The above viz shows the pass start location as well as the threat created from passes at different timelines. The pass start location map shows that the player featured in different positions in the midfield. He played as a defensive midfielder, left central-midfielder, and right central-midfielder. This shows that Donnelly is a versatile player and can fit into Kilmarnock’s midfield. 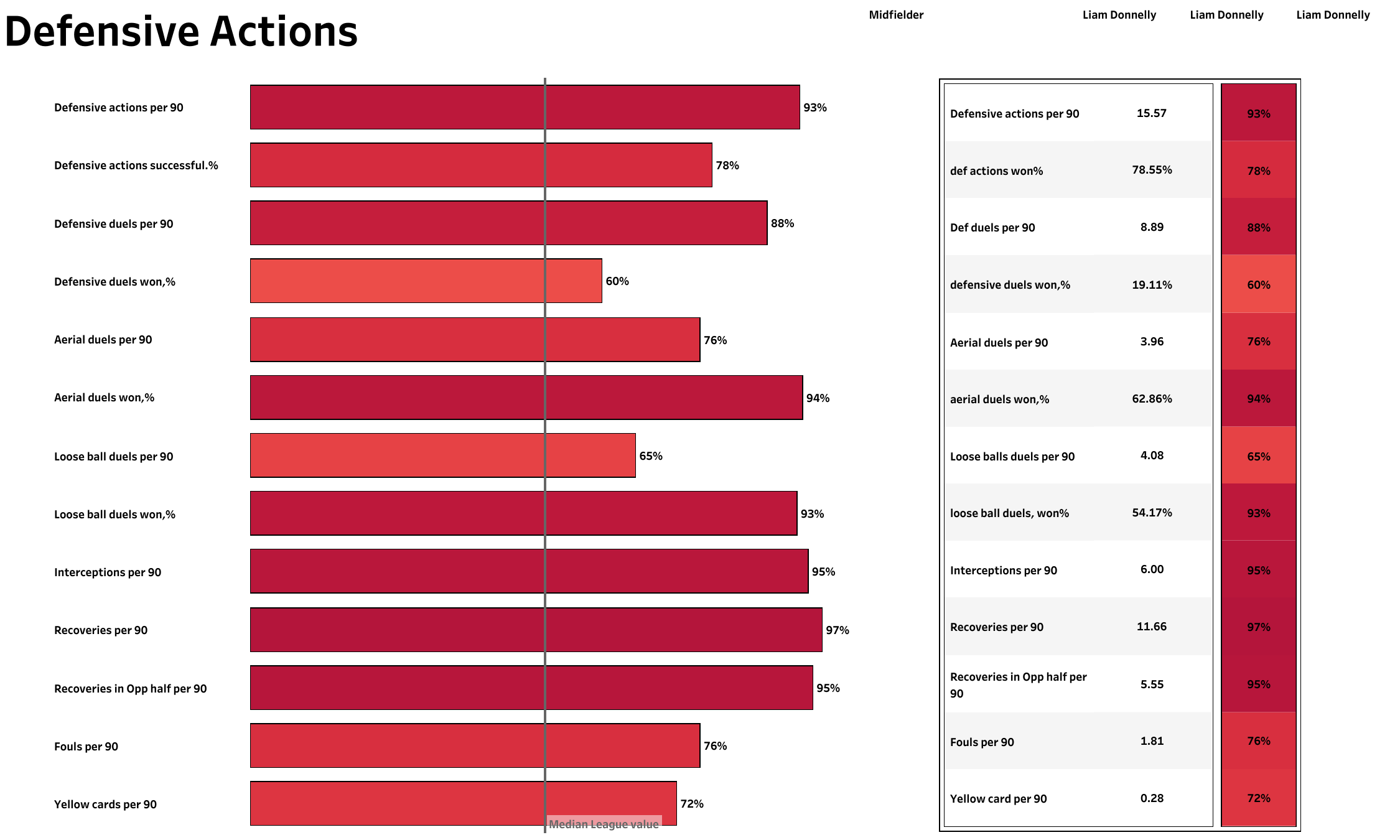 The 26-year-old impressed everyone with his defensive abilities. The above viz shows the defensive stats of the midfielder. When looking at the above chart, the general rule is that the longer the bar, the better the performance — you can see the league average in the middle, and the % is the percentile rank the player is in. Donnelly was involved in 15.5 defensive actions with a 78.5% success rate. He was ranked very high amongst other midfielders in the Scottish Premiership last season. Kilmarnock’s manager can use him as a defensive midfielder as his stats show that he is a reliable player and can perform consistently. 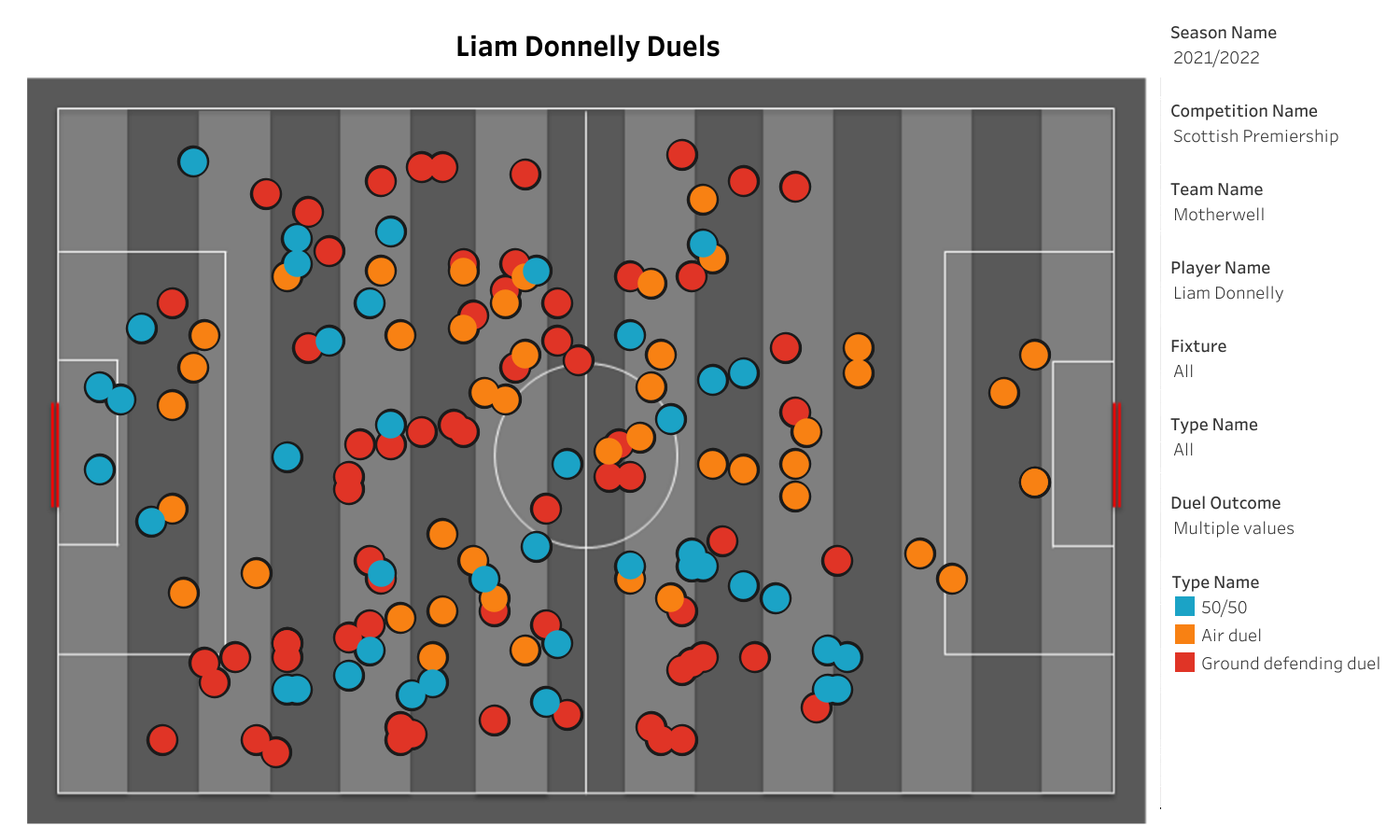 Donnelly averaged six interceptions per 90 minutes. The above viz shows that most of the interceptions were made while contesting a duel. He intercepted a few passes from the opposition players and tried to break the play outside his team’s penalty box.

The Northern Ireland midfielder can play as a defensive midfielder for Kilmarnock next season. His defensive stats were impressive, and the player could win duels for his side. The newly promoted team will look to use the experienced midfielder and try and fit him into their team.