Rangers will travel to the Tony Macaroni Arena to take on Livingston in the opening fixture of the Scottish Premiership 2022/23 season. Giovanni van Bronckhorst will be in his second season in charge of the club, with this season being the first full season for the Dutch manager. He helped Rangers to a second-place finish last time and will hope to get back the title from Celtic this season. He has a strong team and will look to get the best out of them.

A lot of activities took place in the recent transfer window, and that has changed the team dynamics. Rangers lost two of their crucial players in the transfer window. Midfielder Joe Aribo made the switch to Southampton, and Calvin Bassey was sold to Ajax. Van Bronckhorst was involved in a few transfer activities and made some crucial signings to cover his side’s weaknesses from the last campaign. Rangers have signed seven players this time, with some of them capable of regularly featuring in the starting XI. The manager has already experimented by playing them in the pre-season, and this is how Rangers could line up against Livingston in their opening fixture. 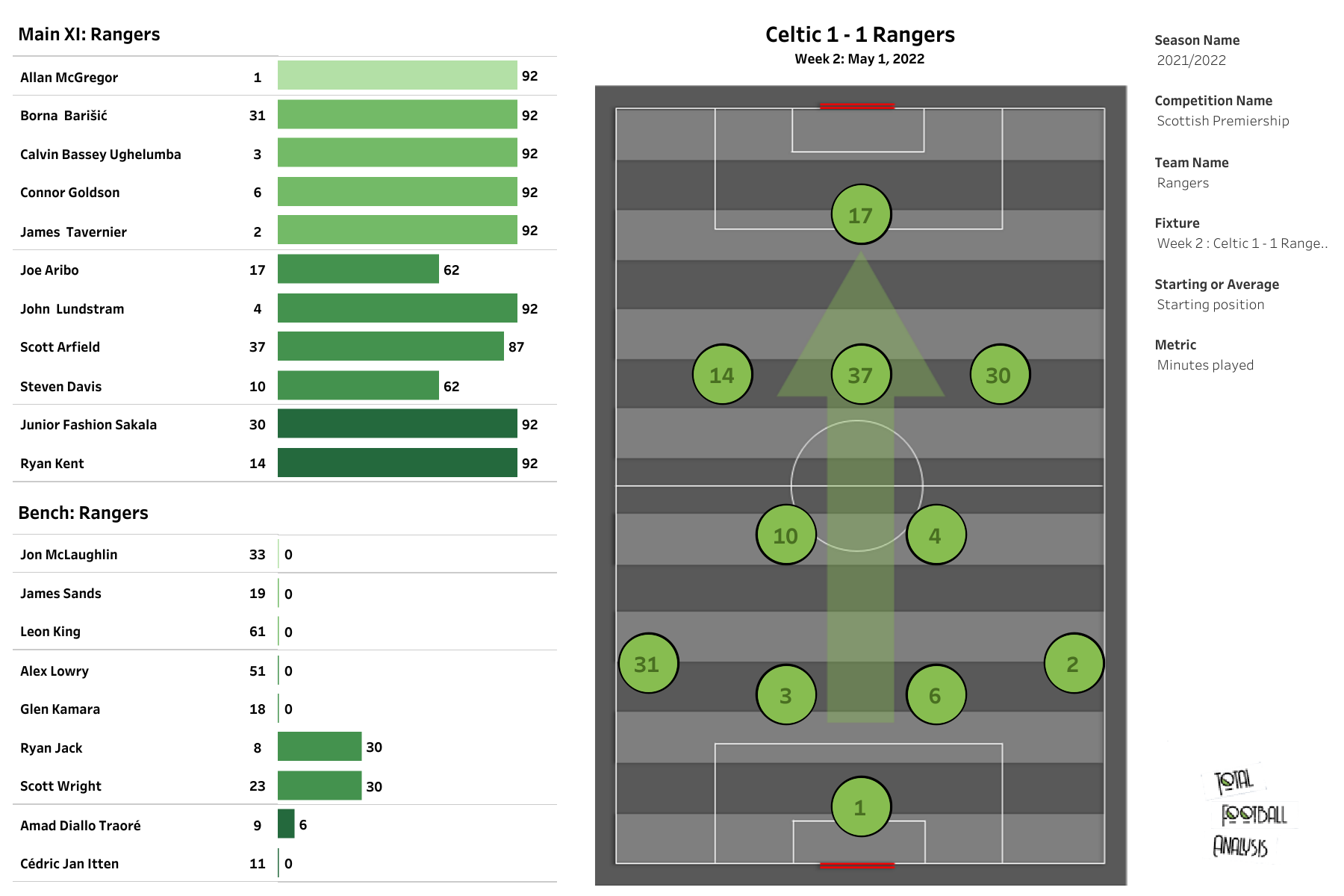 Rangers play in a 4-2-3-1 formation and are likely to stick with the same formation. The above viz shows the starting XI for Rangers against Celtic in the Championship round last season. The full-backs play an attacking line, especially the right-back and club captain, James Tavernier. Two midfielders are present in the centre, with one playing a defensive role and the other being a box-to-box midfielder. The striker is accompanied by three attacking players in the front. 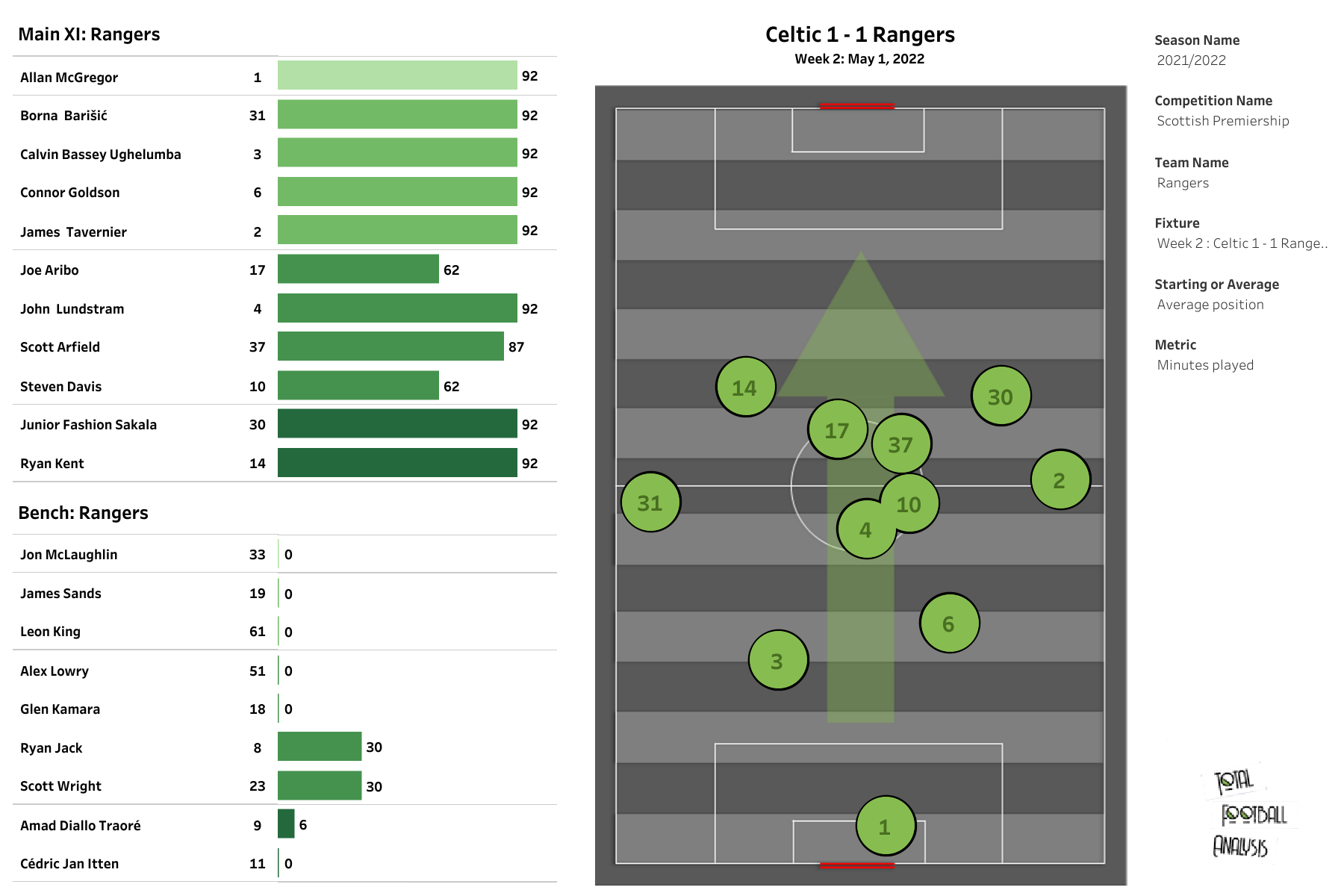 The above viz shows the average position of the players from that particular match. Joe Aribo played as a striker due to the absence of the other players. This is why he dropped a lot into the midfield and was used as a false nine striker. However, when Rangers play with a proper striker, the average position of the striker is in front of the two wide players, and he becomes the focal point of attack.

Rangers will line up in the same formation, with Allan McGregor standing once again between the sticks. There will be a new addition in the back four, with John Souttar finding a place alongside Connor Goldson, Borna Barisic, and James Tavernier. John Lundstram and Glen Kamara are likely to play in front of the back four. Rangers might have three new additions to the attack for the first game. Ryan Kent will feature on the left wing and will be their key player this season. Tom Lawrence is expected to play the number ten role. The former Derby County captain comes in with a lot of expectations and needs to deliver for his new team. In the absence of Alfredo Morelos, Antonio Colak is expected to lead the line. The new signing, Rabbi Matondo, will feature as a right winger. This is how Rangers might line up in their opening fixture of the season.