Rangers are closing in on signing the Turkish international left-back, Rıdvan Yılmaz, from Beşiktaş. The 21-year-old started his youth career at Beşiktaş and was promoted to the first team in 2019. Rangers are without a back-up for their left-back, Borna Barišić. Calvin Bassey played in the left-back role for the Scottish Premiership side last season, but he has left the club and made a move to Ajax. Rangers were eager to sign the player because they were short on full-back options. He is an attacking full-back who has already won a league title with the club. Some of the statistics demonstrate why the Rangers are pursuing the Turkish player. 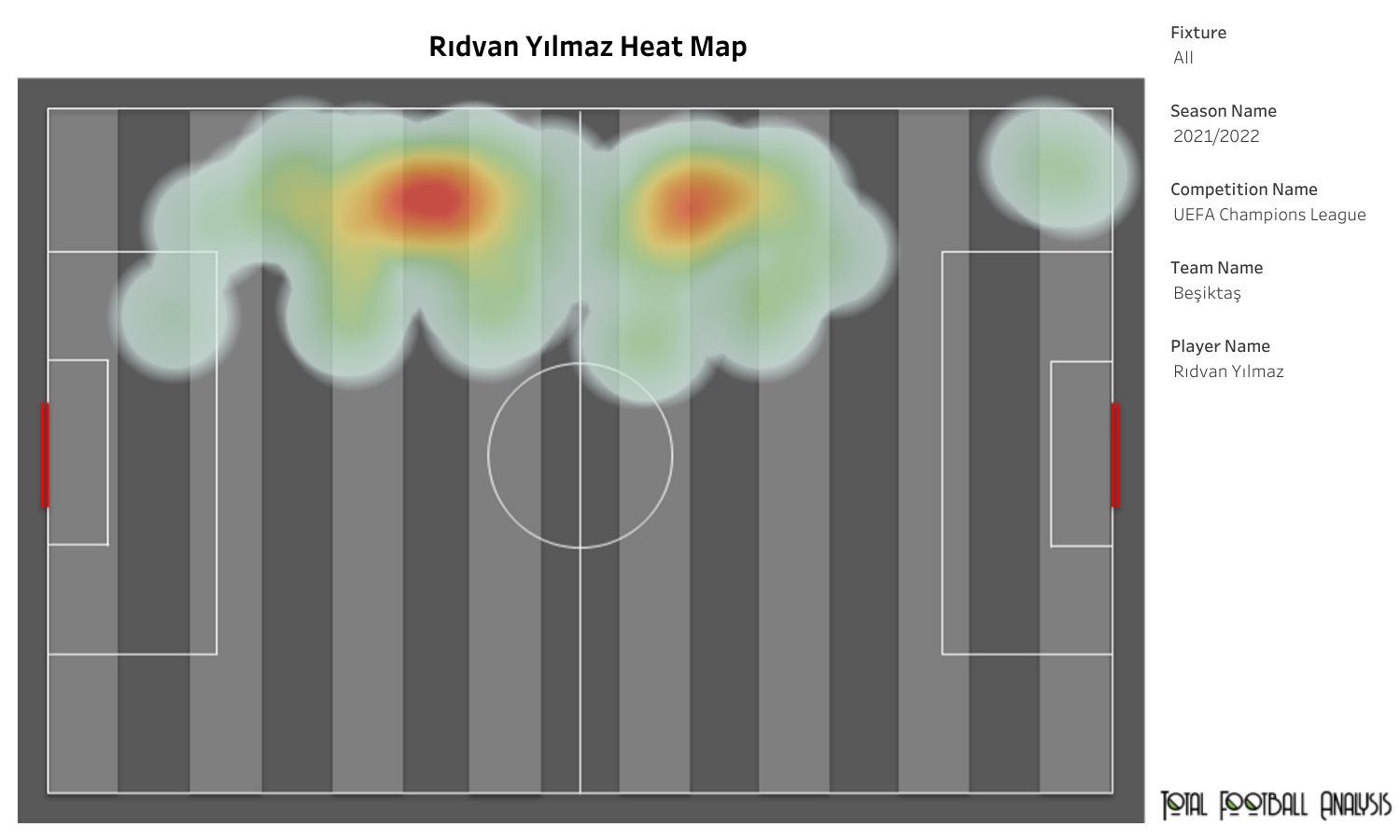 Yılmaz made 33 appearances for Beşiktaş in all competitions last season. He featured in 27 league games, where he scored three goals and provided four assists. The above viz shows the heat map of the player in his two UEFA Champions League appearances. Yılmaz spent 140 minutes on the pitch for the Turkish side as they failed to qualify for the knockout stages of the competition. The midfielder didn’t play a very high line and stayed inside his team’s half. 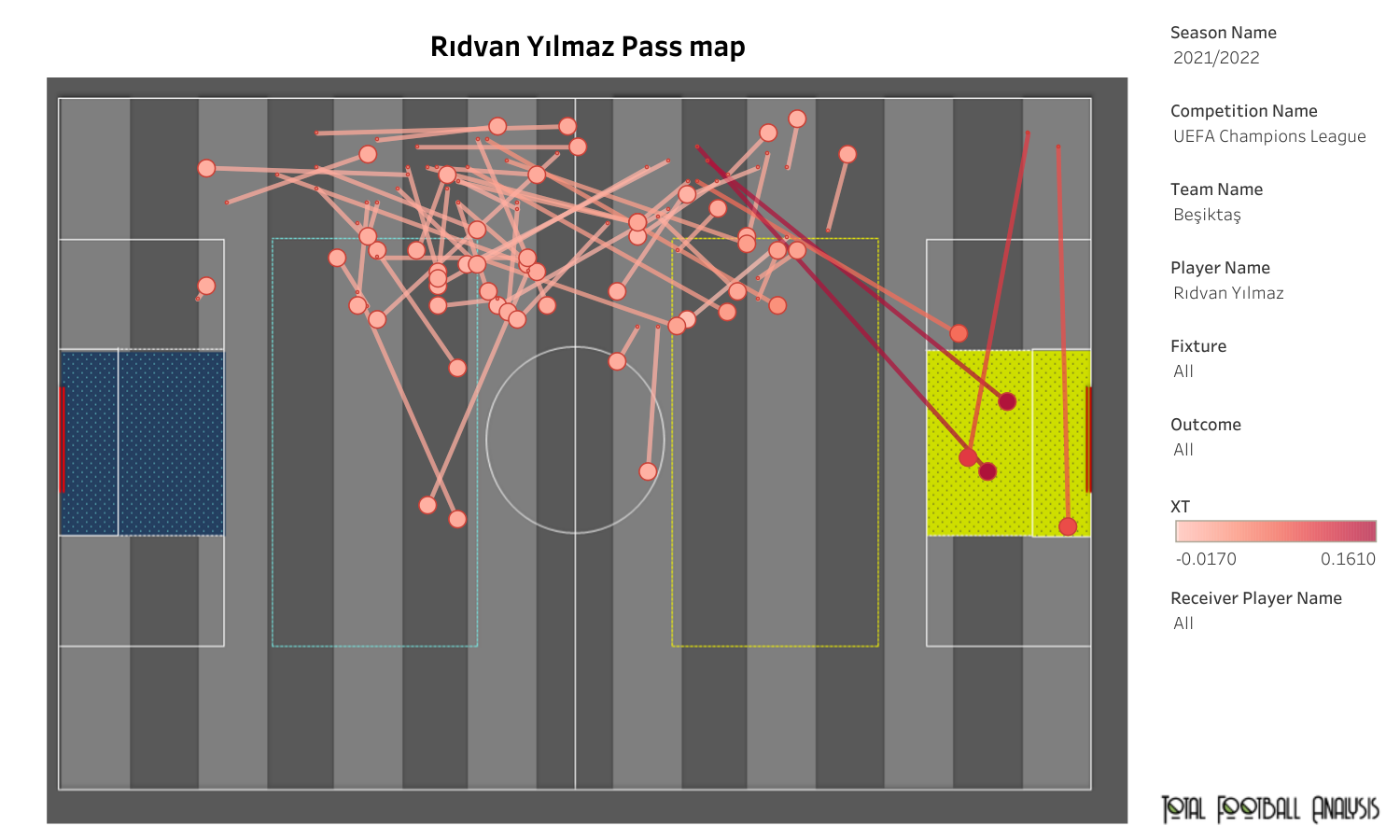 The left-back attempted 58 passes in the competition with an accuracy rate of 75.86%. He averaged 37.3 passes per 90 minutes, and this included 3.2 passes in the final third. The 58 passes attempted by the player included one smart pass and four through passes. The above viz shows all the passes that Yılmaz attempted. He tried to find a teammate inside the opposition’s penalty box five times. He attempted a variety of passes in the limited game-time on the pitch. 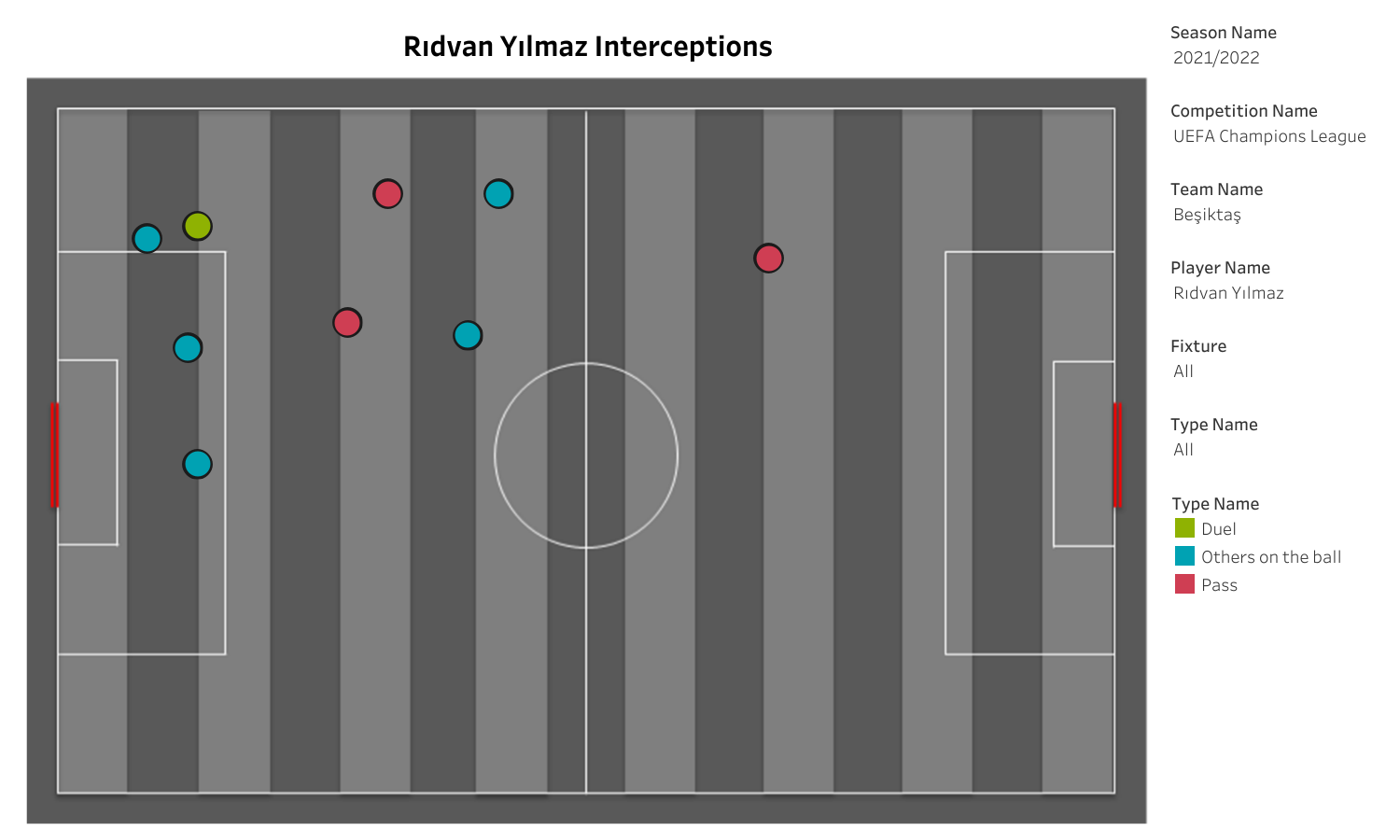 The full-back was involved in 13.5 defensive actions per 90 minutes and had a success rate of 85.7%. He contested seven defensive duels and a loose ball duel. The above viz shows that the player made nine interceptions, and most of them were made when other players were on the ball. Other than this, he also made 11 recoveries, of which two were made inside the opposition’s half.

Rıdvan Yılmaz is close to a move to Rangers in the summer. He will be their second-choice left-back in the lineup. The Scottish Premiership side is looking to win back the league title from Celtic. They have already made some big signings and are ready for the challenge.