Aberdeen will host bottom of the table side, St. Johnstone, at the Pittodrie Stadium in the rescheduled fixture of gameweek-24 of the Scottish Premiership. The hosts have parted ways with their manager, Stephen Glass, and haven’t replaced him yet. Both teams have struggled for points and remain in the bottom half of the Scottish Premiership table. 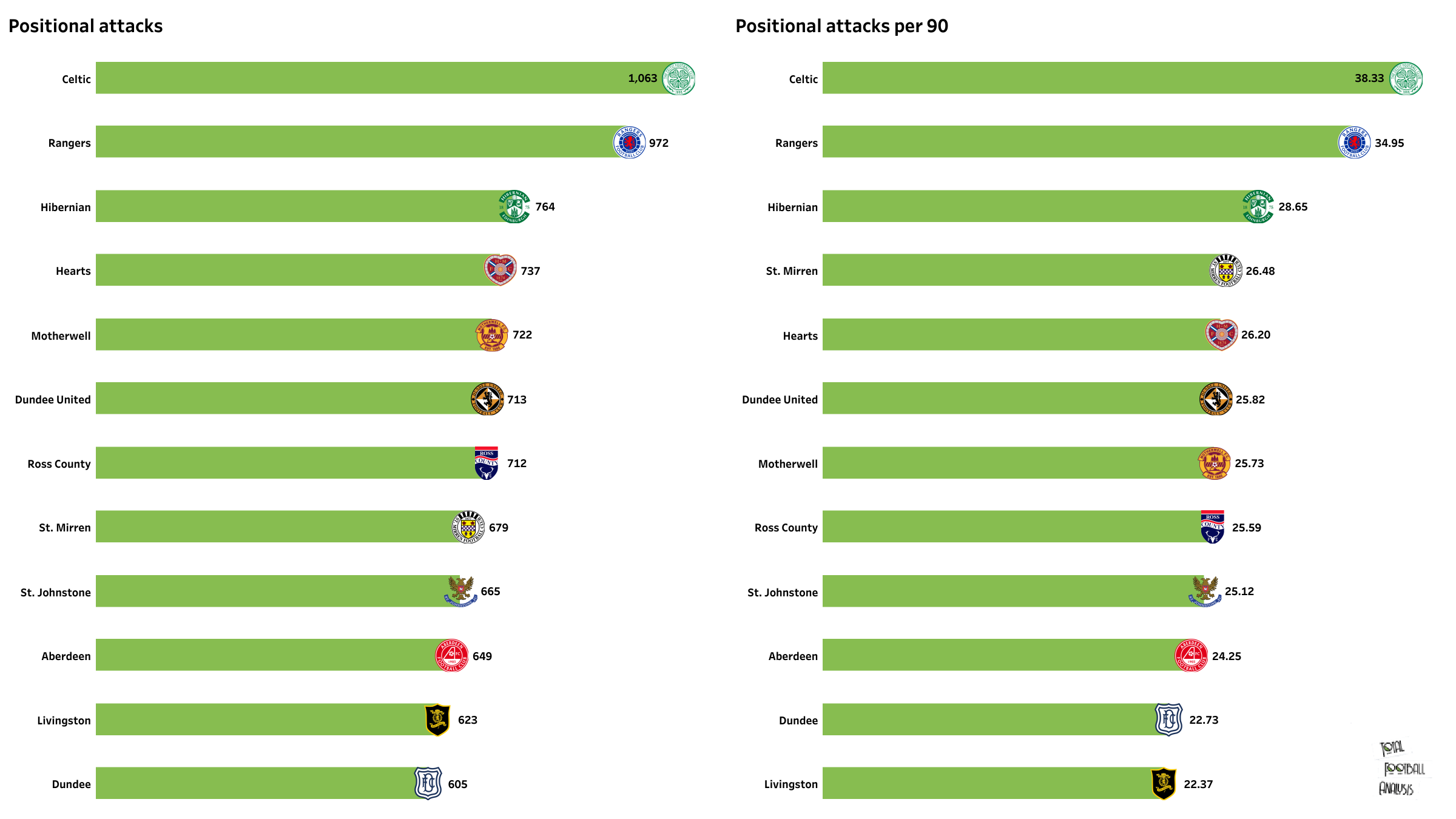 Aberdeen have won eight, drawn five, and lost 12 games in the league this season. Their recent form in the league is poor as they have managed to earn two points in the last five games. The Dons have scored 30 goals with an xG rate of 29.10. They are the fifth-highest scorers in the league. Aberdeen have conceded 32 goals with a low xGA rate of 24.26. They are only behind Celtic and Rangers in the ‘expected goals against’ chart. One area where the hosts have struggled is creating enough positional attacks. The above chart shows that Aberdeen are only above Livingston and Dundee in the positional attack standings. However, they have attempted the fourth-highest number of shots. Aberdeen’s shot tally is 301, with 110 of them on target. 162 of the 301 shots have been attempted from inside the opposition’s penalty box, with 73 of them being on target. 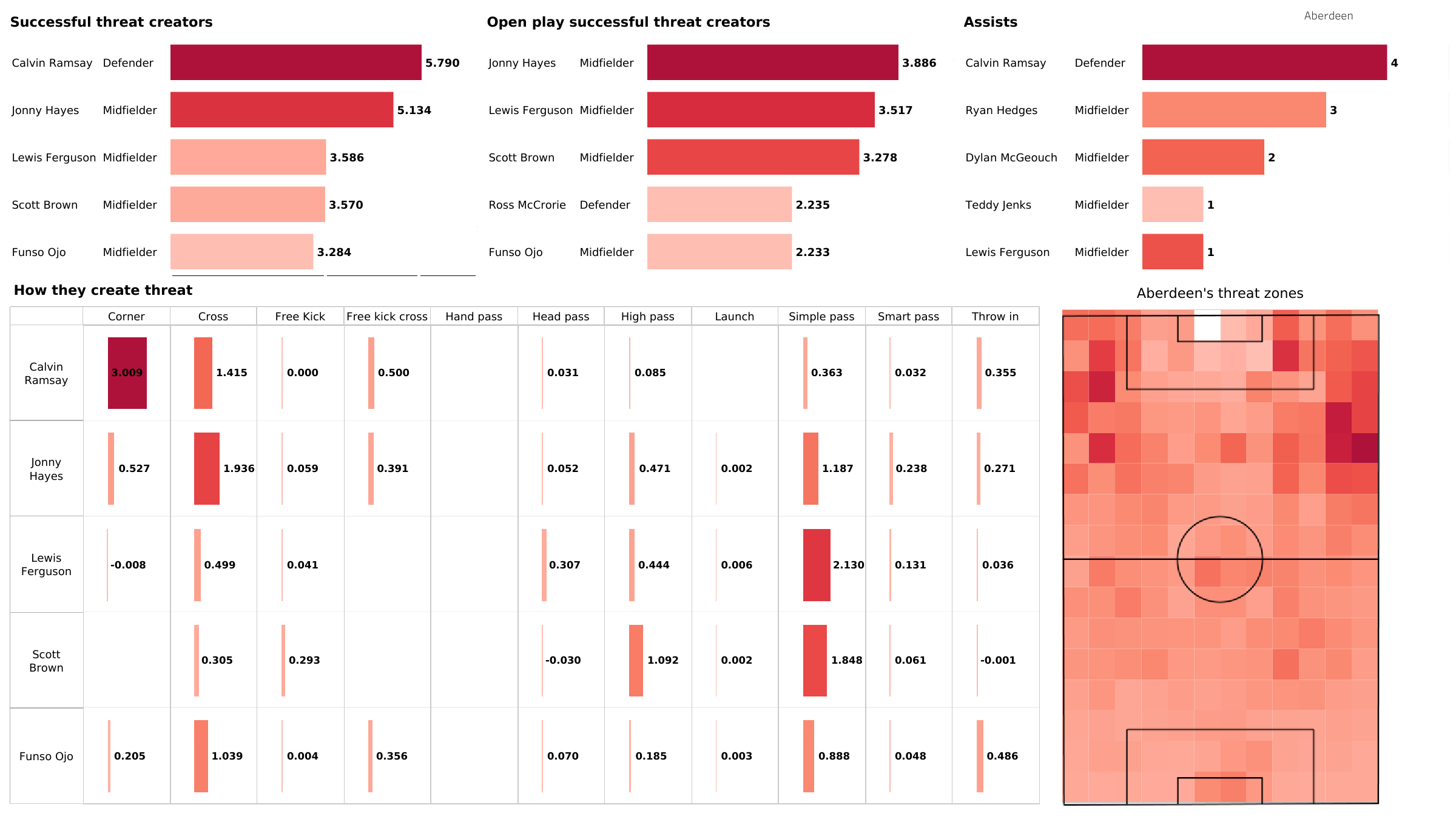 There are no fresh injury concerns for the Dons. Christian Ramirez is their top goal-scorer with ten goals. Calvin Ramsay leads the assists chart with four assists. 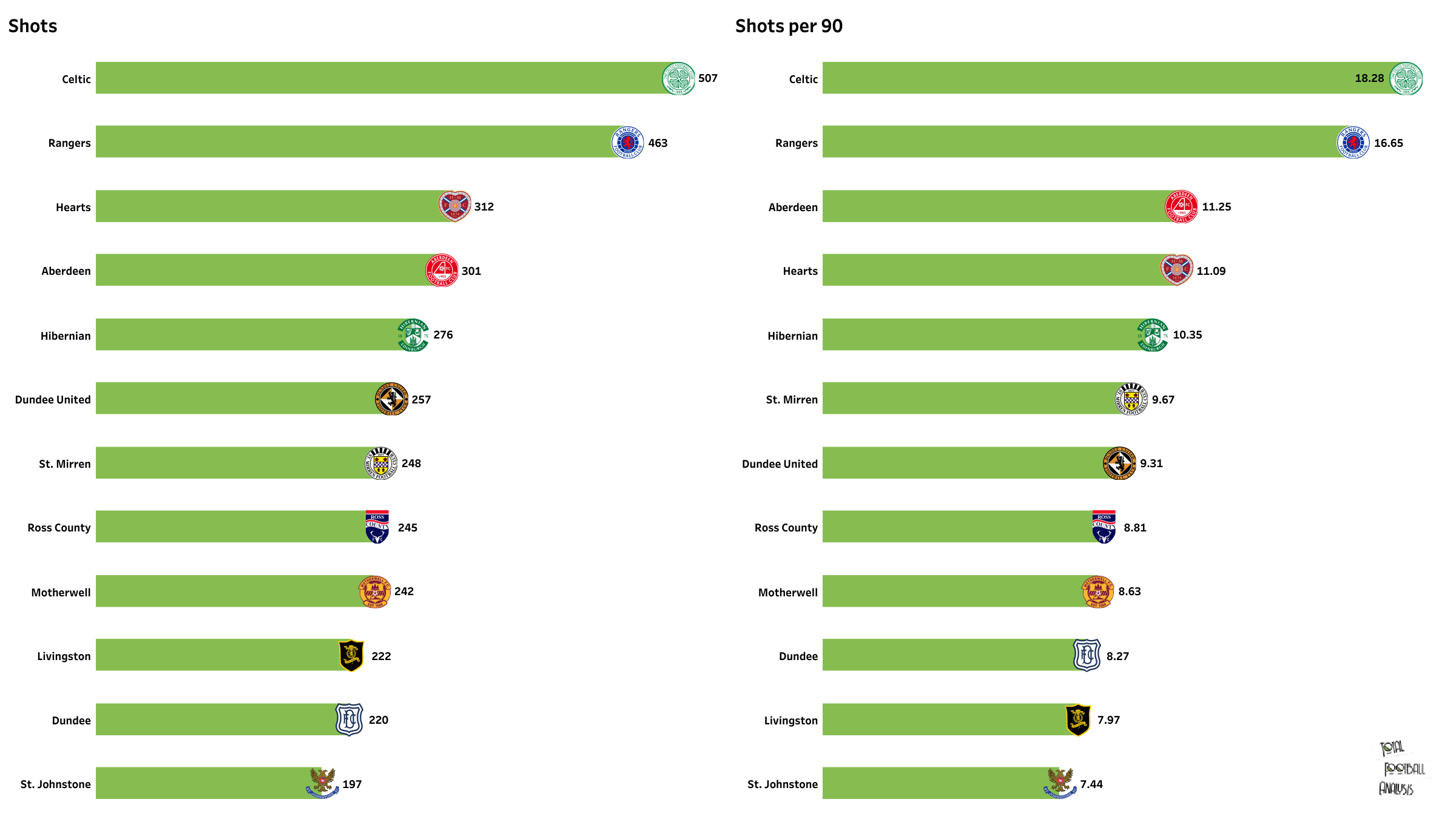 St. Johnstone are at the bottom of the table with four wins, seven draws, and 14 losses. But, they have better recent form than their opponents, having five points in their last five games. St. Johnstone have struggled to score goals this season, scoring the least number of goals in the league. The visitors have scored 14 goals with an xG rate of 18.35. In return, they have conceded 30 goals with an xGA of 40.84. The main struggle for the visitors is attempting shots towards the opposition’s goal. St. Johnstone players have attempted 197 shots, with 64 of them being on target. A total of 90 shots have been attempted from inside the opposition’s penalty box, with only 34 of them on target. 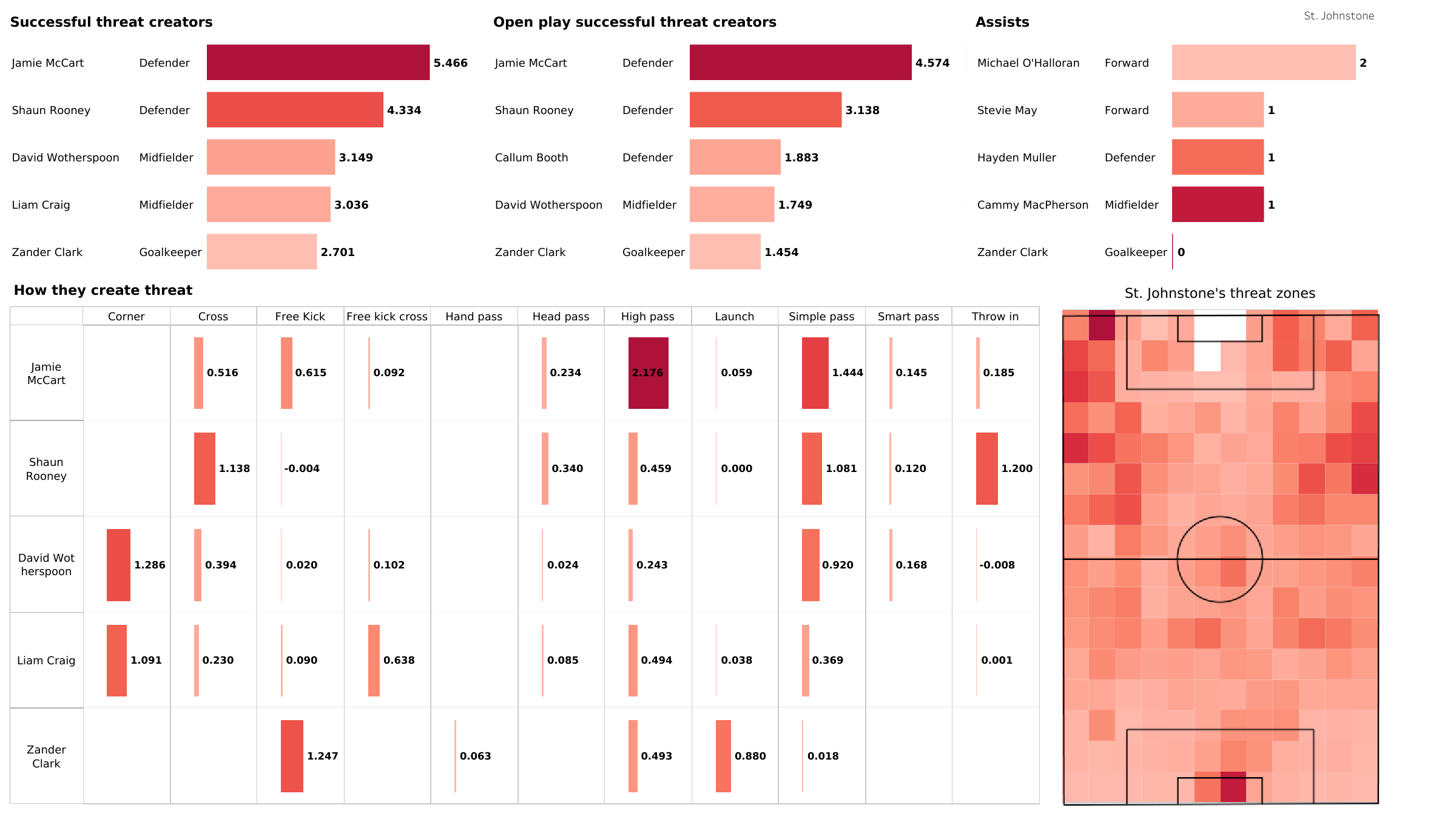 Aberdeen are the favorites going into this match and have better attacking stats than their opponents. St. Johnstone have struggled to score goals and remain at the bottom of the table. The home team has a chance to go back into the top half of the table.