Aberdeen will look to earn their first point of the season Scottish Premiership when they host St.Mirren at Pittodrie Stadium. Both teams suffered defeats in their opening games. Aberdeen lost to defending champions Celtic by a scoreline of 0-2, and St. Mirren went down 0-1 against Motherwell.

The Dons had a tough time at Celtic Park and struggled to create threats towards the opposition goal. They had 35.36 of the ball in possession and created 19 positional attacks and counterattacks, with only three being successful. The players attempted six shots with a 33.33% shot accuracy rate.

St. Mirren were unlucky not to take a point away from their previous match. The team had 52.97% of ball possession and created 42 positional attacks. The players attempted 15 shots, and five were on target. St. Mirren’s overall xG rate for the match was 2.09.

Some of the stats below show what can be expected when these two teams meet each other.

Aberdeen on the counter 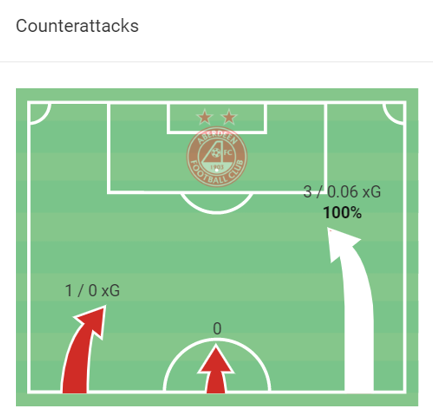 Aberdeen had to defend against 49 positional attacks made by Celtic. The manager decided to change the style of play, and Aberdeen counterattacked. The Dons created four counterattacks but were successful only once. This means that the St. Mirren players have to remain on their toes and look out for the counterattacks that Aberdeen players are likely to create on occasion. 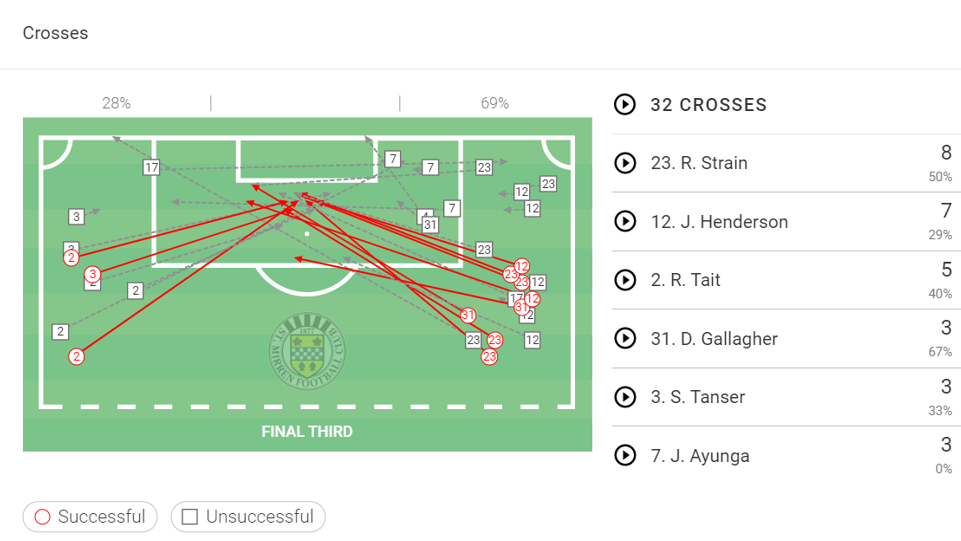 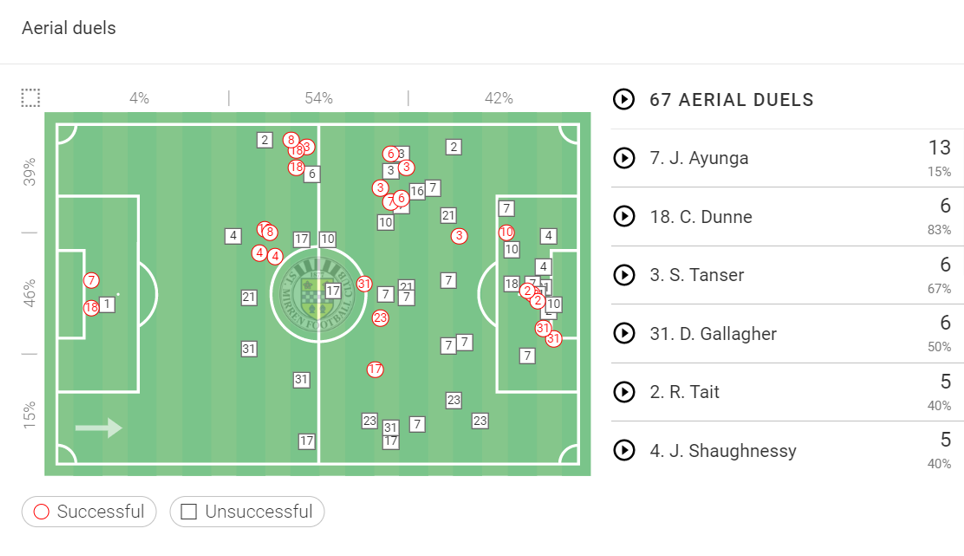 The above viz shows all the aerial duels that were contested by the team. St. Mirren players flooded the box and attempted shots with their heads, as seen above. They failed to win most of the duels, but they might stick with the same game plan in the next match. 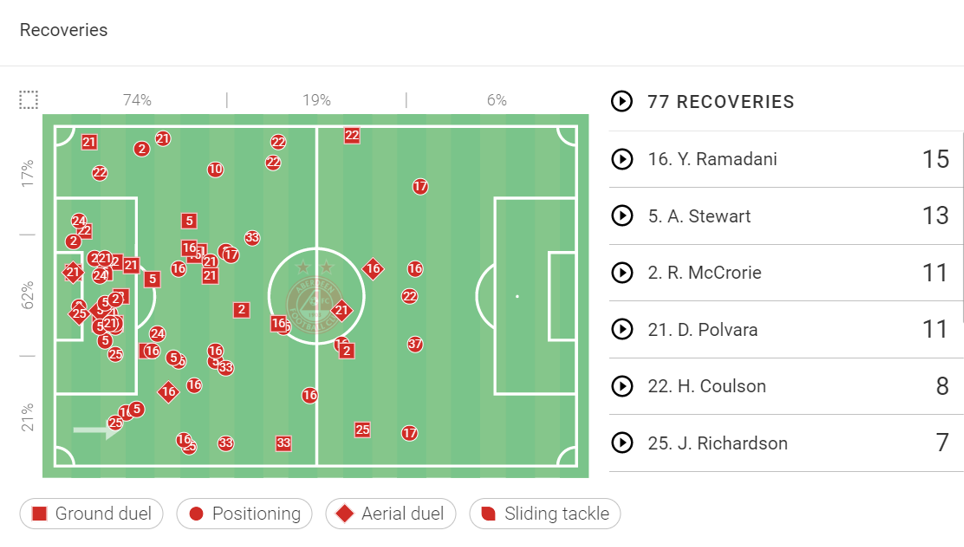 Both teams had a high recovery rate in their respective matches. St. Mirren’s players were on the attack and made 110 recoveries. Of these, 53 came in the middle third and 20 in the attacking third. Aberdeen players had to defend a lot and made 77 recoveries, with 54 coming in the defensive third. The above viz shows that the Dons have made quite a few recoveries by winning aerial duels. St. Mirren have to improve their crosses if they want to score against Aberdeen.

Aberdeen will have Liam Scales available for this game. Both teams have no new injury concerns and might go with the same squad.

Both teams are looking to earn their first points of the season. St. Mirren will prove to be a tough test for an Aberdeen side that struggled against Celtic.