Scottish Premiership defending champions Celtic will play host to Aberdeen in their opening fixture of the campaign. Once again, Celtic will go as the favourites to win the league after they showed dominance in the last campaign.

Celtic finished the last season with 93 points in 38 matches. They won 29 games and only lost three. The other six games resulted in a draw. The Celts scored the highest number of goals and had the best defence in the league. They beat the opposition defenders 92 times and only conceded 22 goals. 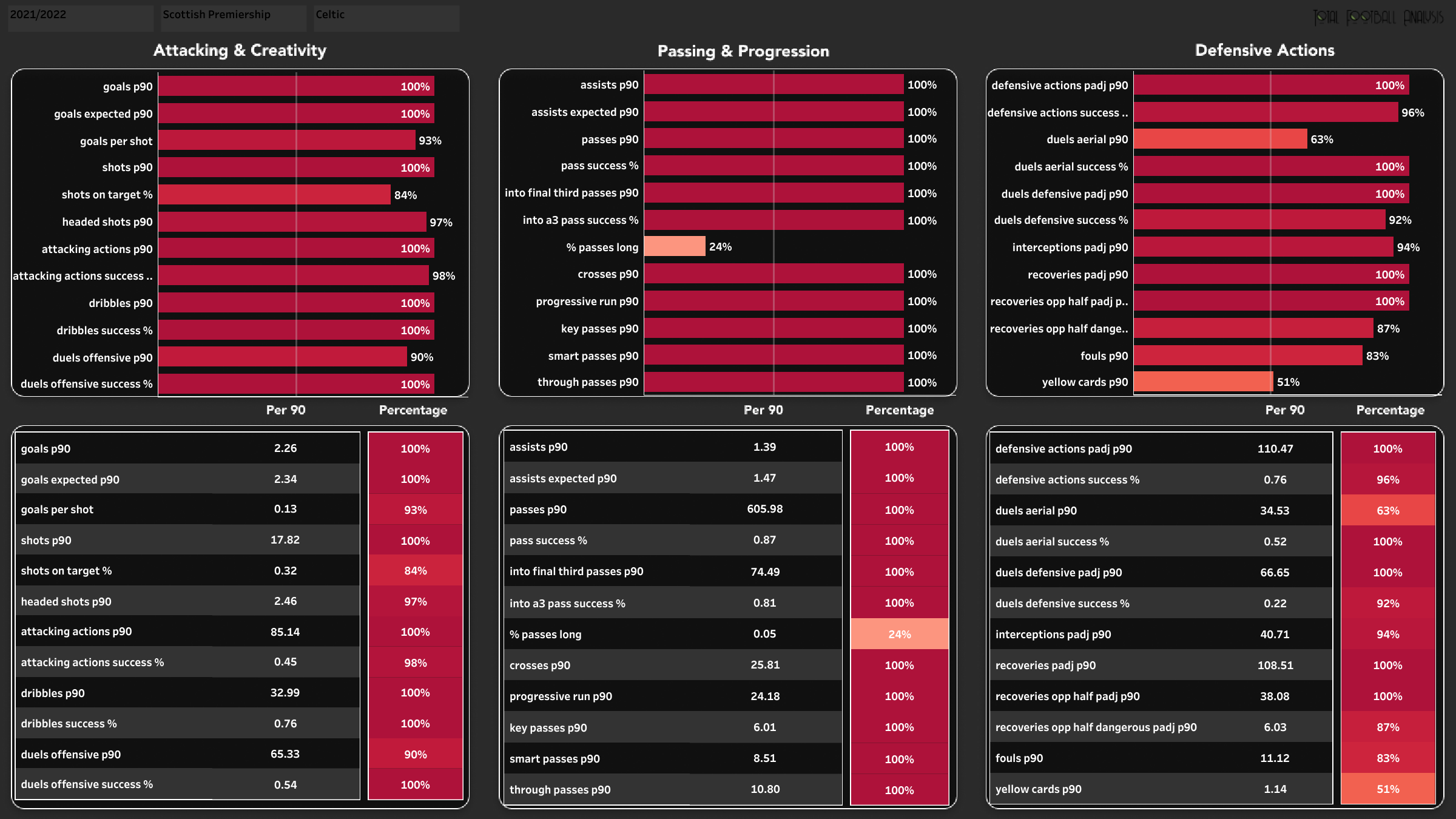 The above viz shows the attacking, defensive, and passing stats of the team from the last season. When looking at the above chart, the general rule is that the longer the bar, the better the performance — you can see the league average in the middle, and the % is the percentile rank the player is in. Celtic dominated the chart as they became the team who were better in almost every domain on the pitch. The main reason behind their success was their ball passing. They were the top passers of the ball and had the highest percentile rank. This season, Celtic will look to repeat their form and claim back-to-back titles.

Swedish centre-back Carl Starfelt, German centre-back Moritz Jenz, and Japanese midfielder Yosuke Ideguchi might not be available for Celtic in their opening fixture. 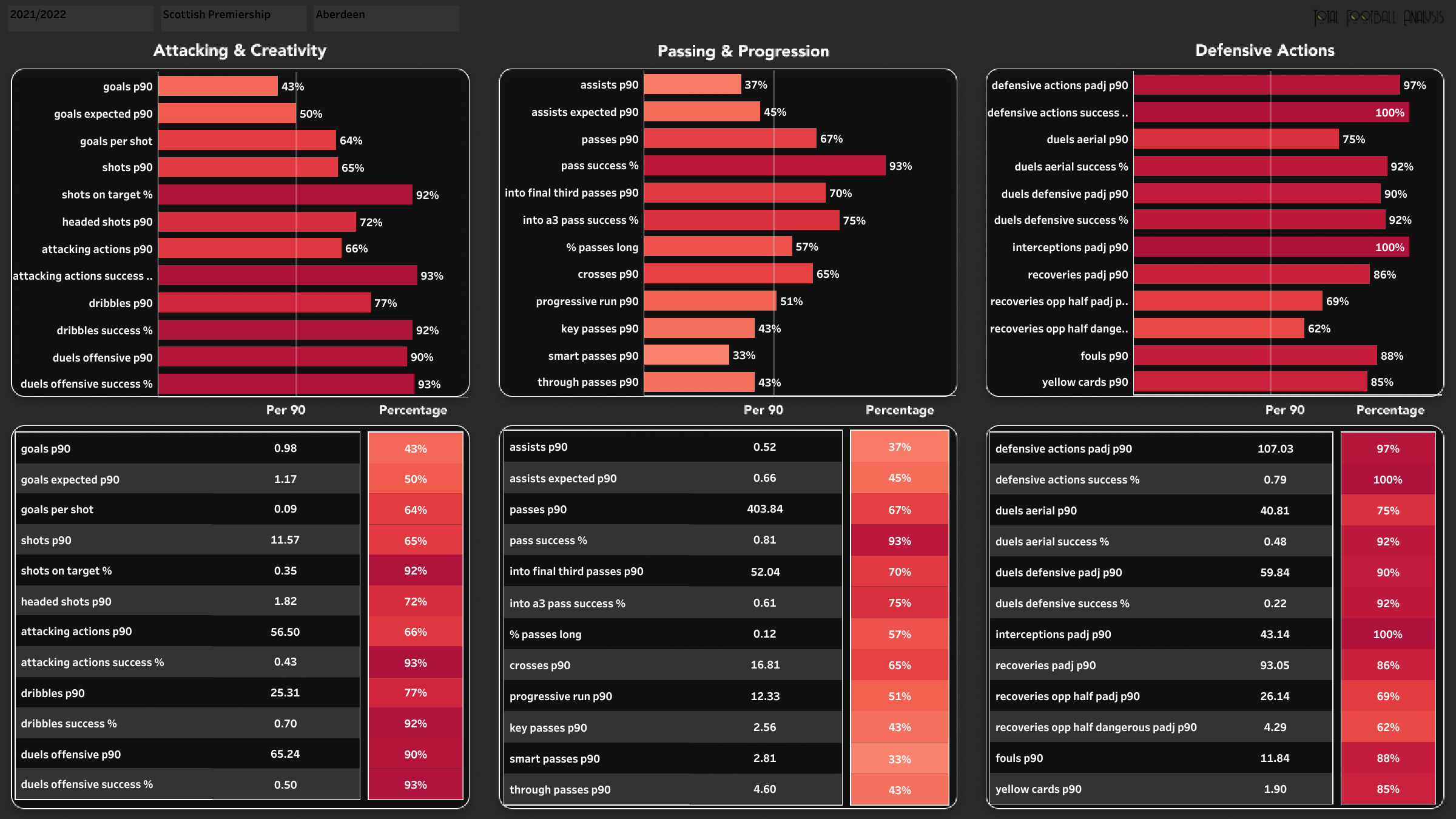 Aberdeen had a poor campaign last season as the Dons finished with 41 points in the tenth position. They won ten matches, drew 11 and lost the remaining 17 fixtures. Aberdeen players scored 41 goals and conceded 46. Aberdeen’s attacking stats were better than most of the teams ranked above them. Their biggest concern was ball passing, where the team struggled to get a high percentile rank. Defensively, they made the most interceptions per 90 minutes. Overall, the team performed well but lacked a bit of creativity.

Connor Barron, centre-back Liam Scales and left-back Jack MacKenzie are likely to miss the opening fixture for the Dons. Calvin Ramsey will be a big miss for the Dons this season.

Celtic will look to start the season with three points and continue their early momentum. Rangers will play the opening fixture of the season and put pressure on Celtic. Ange Postecoglou’s men will be fully prepared for the challenge and look to add another championship to their overall tally.