Scottish Premiership leaders Celtic will take on third-placed Hearts at Celtic Park in the third match of the Championship round. Celtic have almost confirmed their title after playing out a 1-1 draw against Rangers in their last match. Hearts, on the other hand, will finish third in the league table and are on an eight-match unbeaten run. The hosts have won all the previous three meetings between the two teams in the league this season and will look to make it four out of four wins. 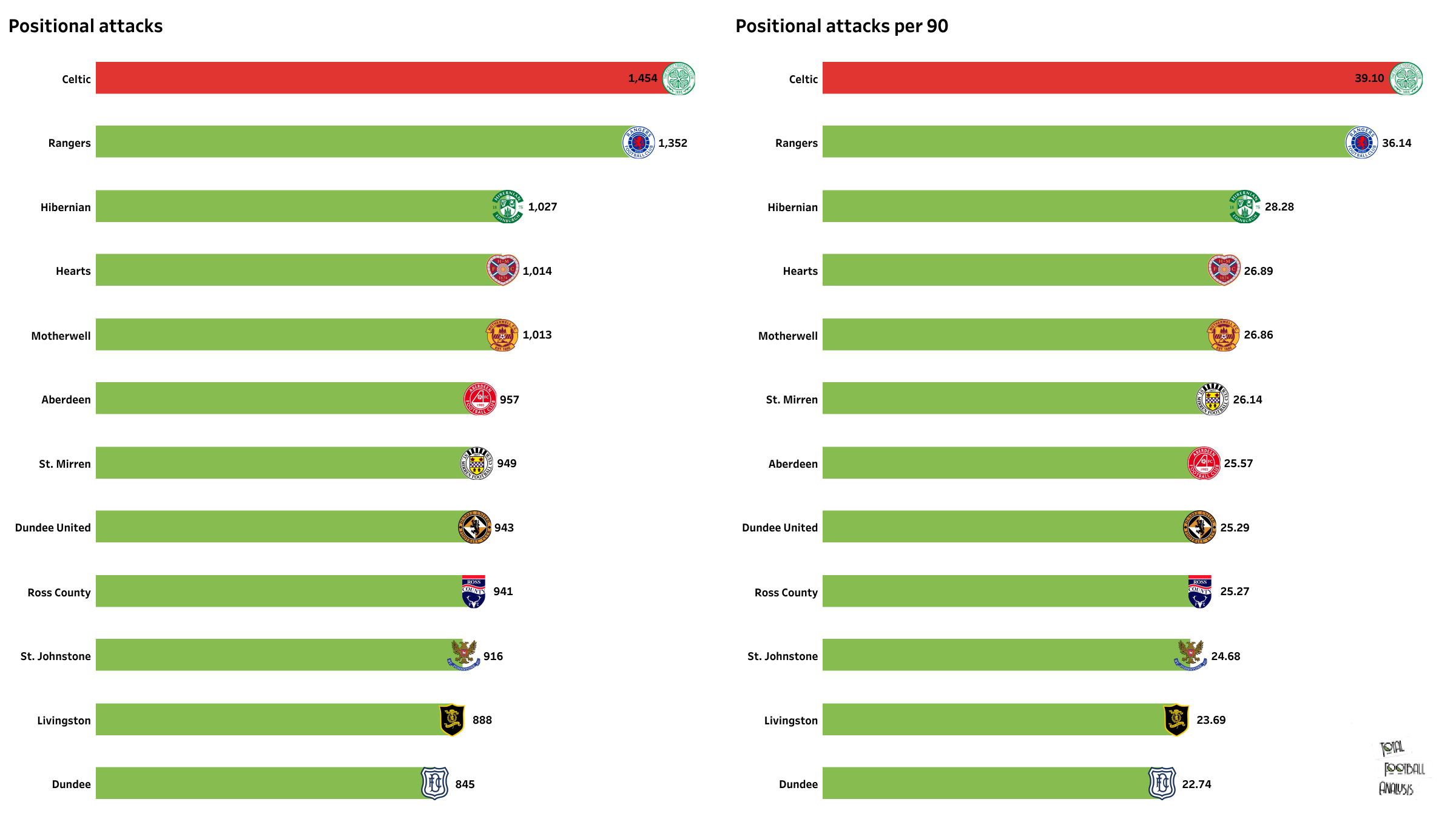 Celtic have won 27, drawn five, and only lost three matches this season. They have managed to score 81 goals with an xG rate of 86.94. In return, they have conceded 20 goals, having an xGA rate of 21.59. They have been the best team this season when we look at the attacking and defensive stats. The above viz shows that Celtic have created the highest number of positional attacks this season. They average 39 positional attacks per 90 minutes. 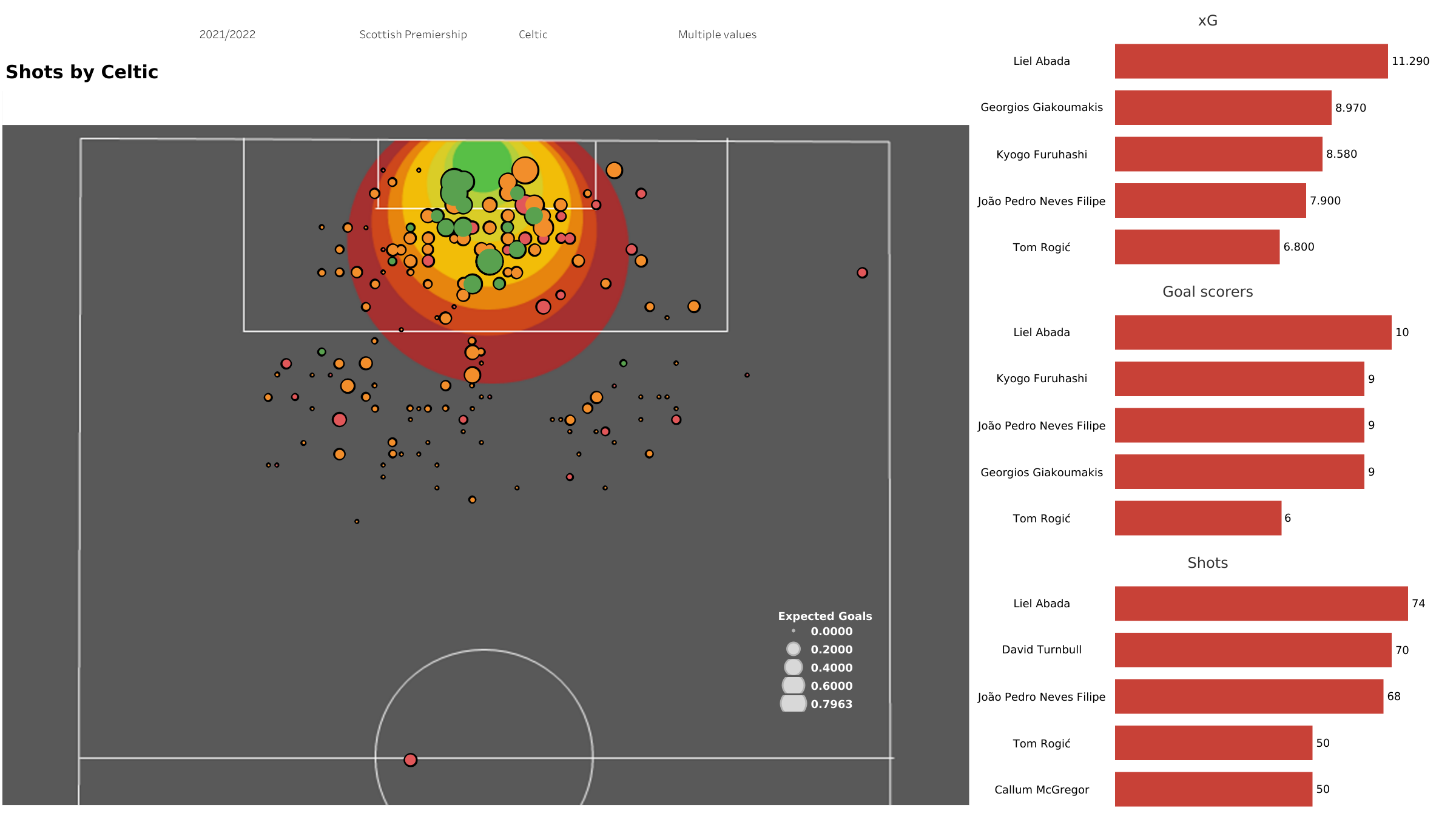 This season, Celtic have attempted the most shots in the league. A total of 670 shots have been attempted, and they have managed to hit the target 232 times. Of these 670 shots, 412 have been attempted from inside the opposition’s penalty box, with 174 of them being on target. The above viz shows all the shots attempted by Celtic from set-pieces except the penalty spot. Celtic have managed to score a few goals from set-pieces and are a threat in the air. Liel Abada is their top goal scorer, but he has started on the bench in the last six matches.

Josip Juranovic is the only absentee for Celtic. They are expected to line up in the same 4-3-3 formation as they did against the Rangers in the previous game. 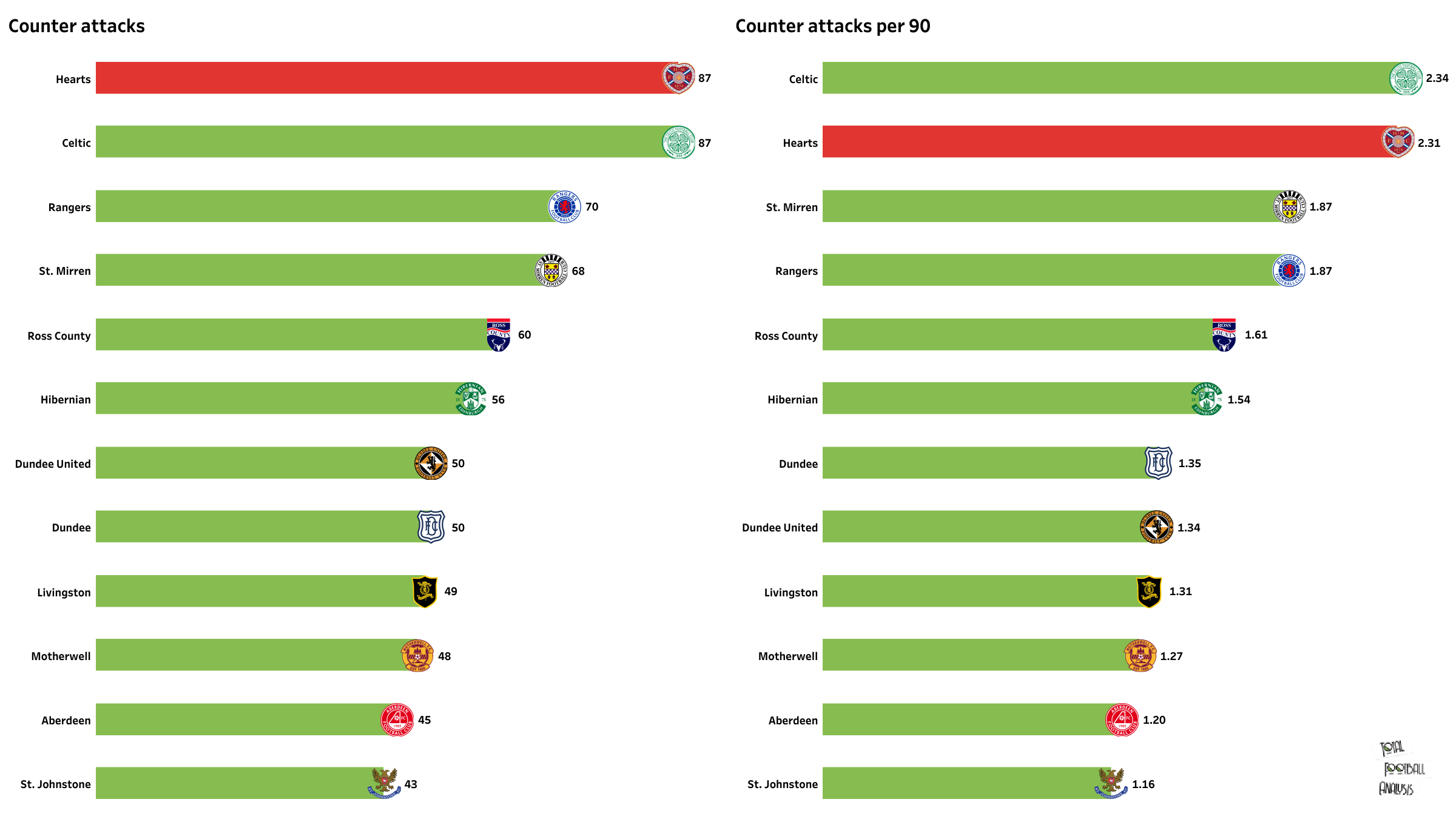 Hearts, on the other hand, had an impressive season with 17 wins, ten draws and eight losses. They have scored 51 goals and conceded 35 in return. The xG rate of the team is 53.52, and the xGA rate is 46.45. The above viz shows that Hearts have created the same number of counterattacks as their opponents. Hearts have been impressive on the counter and average more than two counterattacks per 90 minutes. 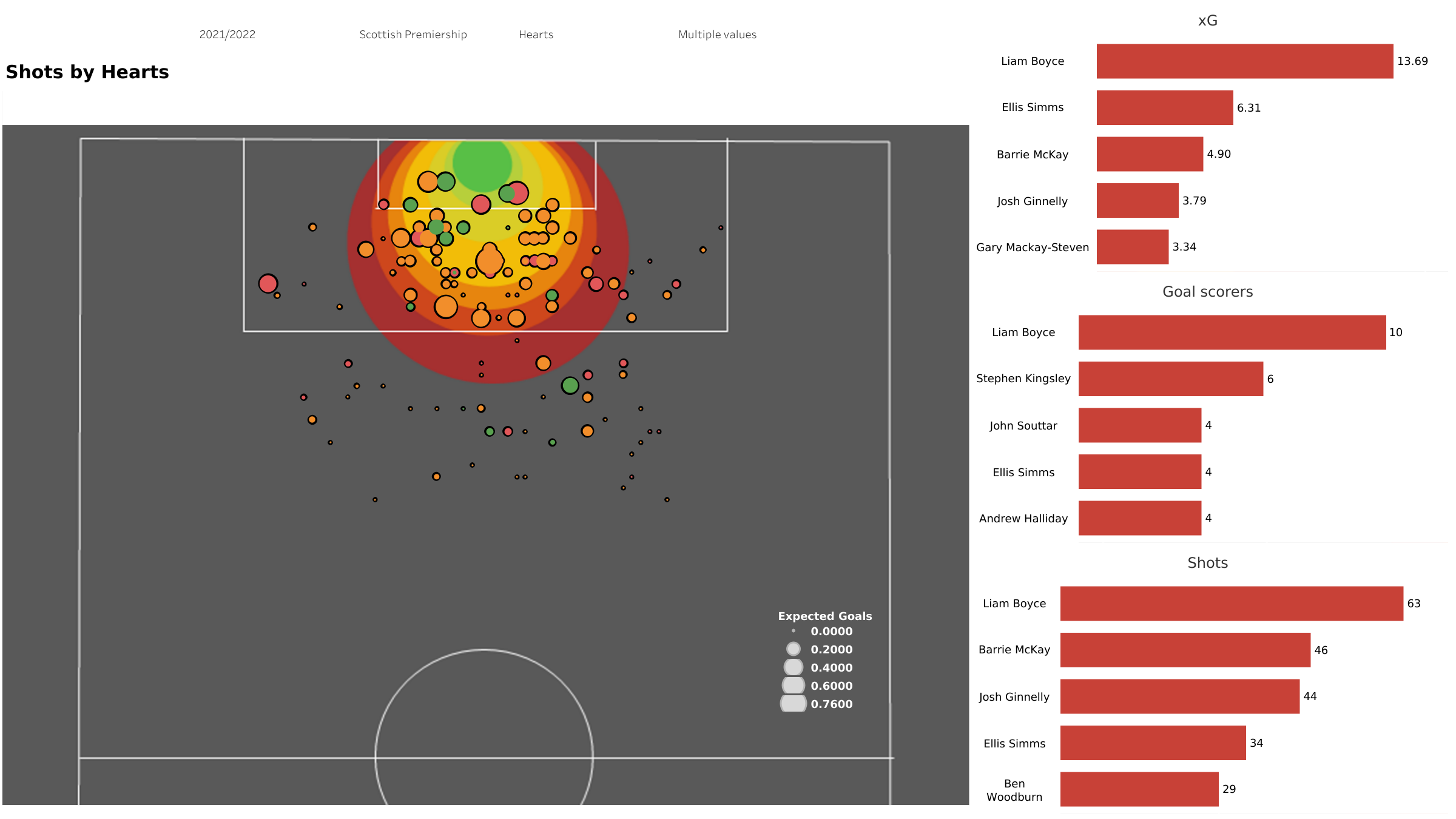 The visitors have attempted the third-highest number of shots in the Scottish Premiership this season. Hearts have attempted 441 shots, averaging 11.69 shots per 90 minutes. They have managed to hit the target 158 times, averaging 4.19 shots per 90 minutes. A total of 280 shots have been attempted from inside the opposition’s penalty box, with 118 of them being on target. The above viz shows that Hearts have also managed to score a few goals from set-pieces and four goals from outside the penalty box.

Hearts will be without Beni Baningine, Craig Halkett, John Souttar, and Michael Smith for this match. Aaron McEneff is also expected to miss this match after suffering an injury two weeks ago. Ben Woodburn is expected to start in the midfield alongside Peter Haring.

Hearts will look to guarantee their title with a win over Celtic in the early kick-off. They have a six-point lead over second-placed Rangers with three matches remaining. Hearts have secured the third position and will look to earn their first points against Celtic this season. Both teams are good on the counterattack and will look to create more chances on the counter against each other.