Scottish Premiership leaders Rangers will travel to Celtic Park to take on Celtic in the Old Firm Derby. Rangers have a two-point lead at the top of the table over Celtic, who are just on the tail of the defending champions. Rangers won the reverse fixture by a scoreline of 1-0. 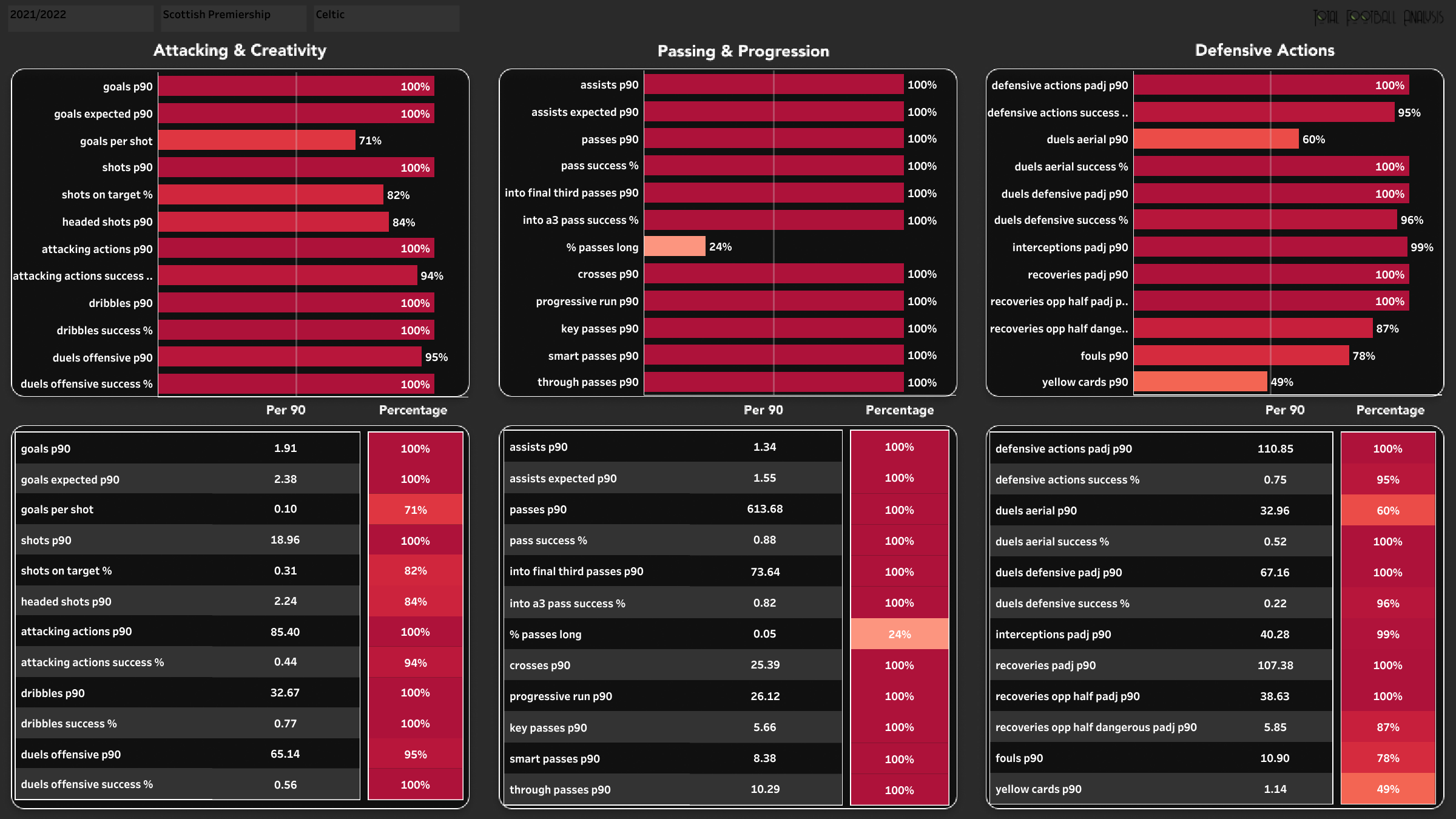 When looking at the above chart, the general rule is that the longer the bar, the better the performance — you can see the league average in the middle, and the % is the percentile rank the player is in. From the chart, we can observe that Celtic is ranked at the top in almost every statistic. They have the best xG rate in the league, and their passing has been the best. Defensively, Celtic have been very sound and have conceded the lowest number of goals. 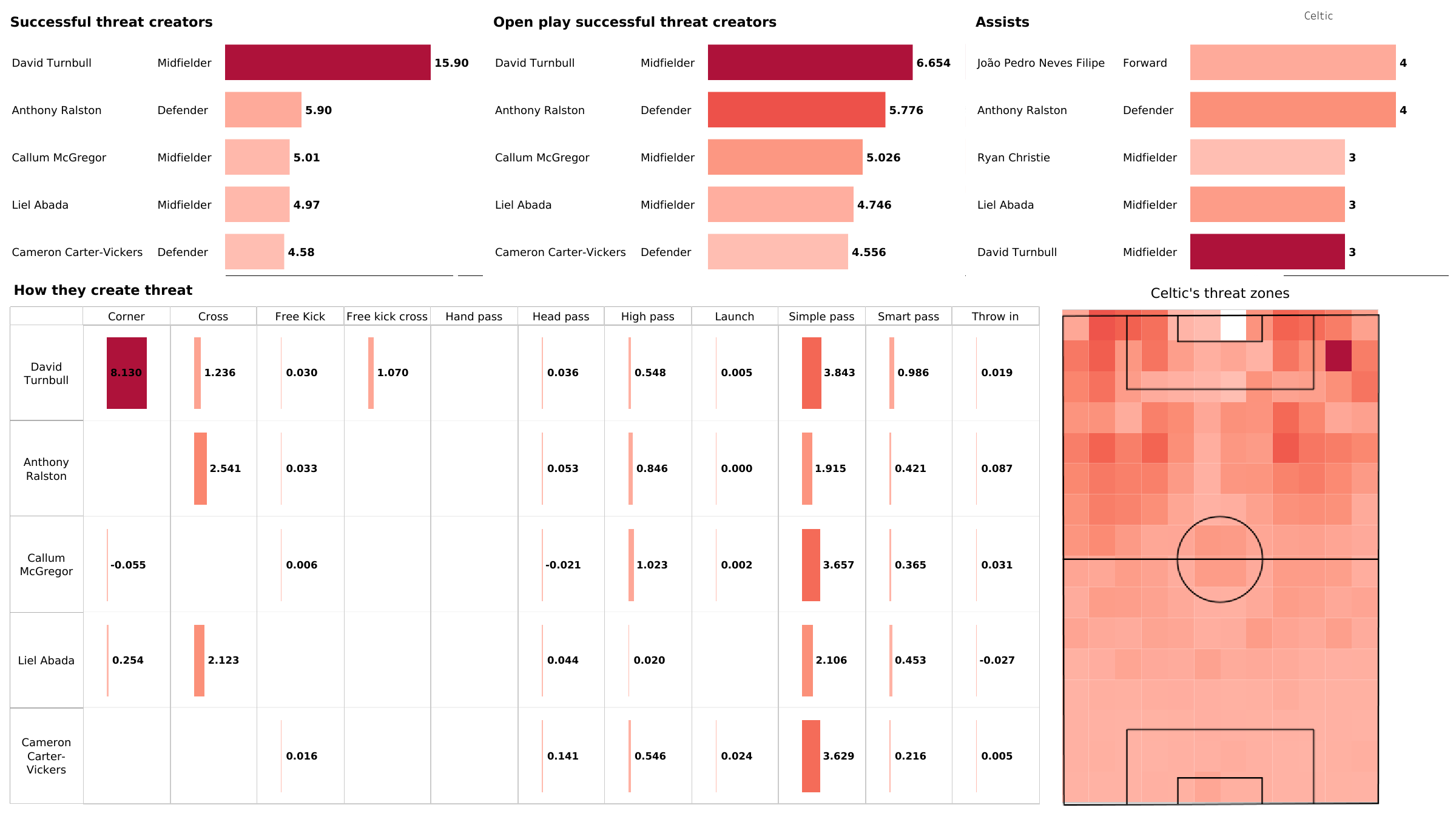 Top goal-scorer, Kyogo Furuhashi, remains out due to injury. Liel Abada scored a goal in the last game and is just one goal behind Furuhashi with seven goals. Club captain, Callum McGregor, could return to the starting XI after returning to training. 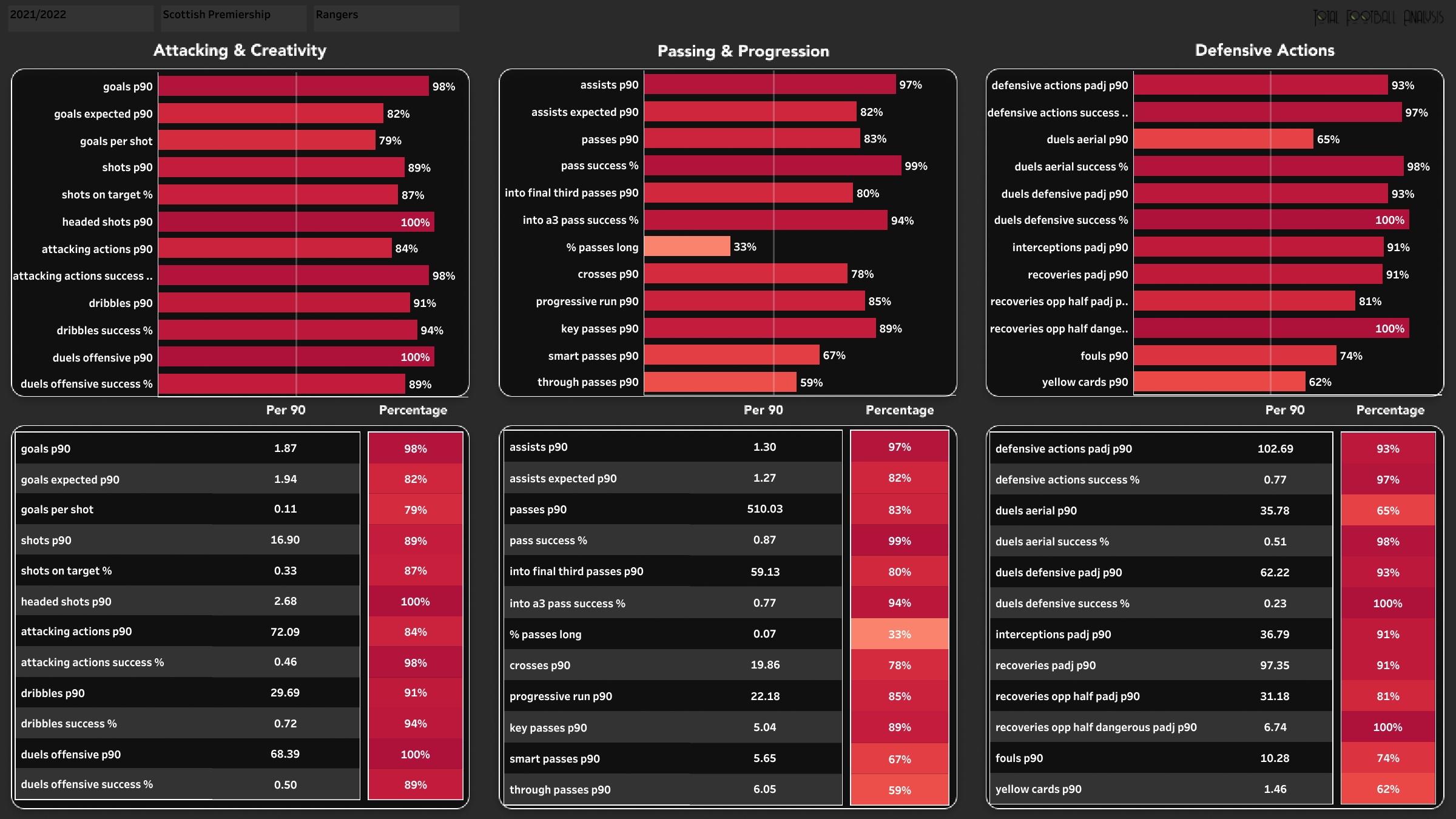 Rangers have the second-best attacking and defensive record in the league. The defending champions have scored the highest number of goals but are behind Celtic in the other departments. When looking at the attack and creativity charts, we can observe that they have a high offensive duels win percentage. 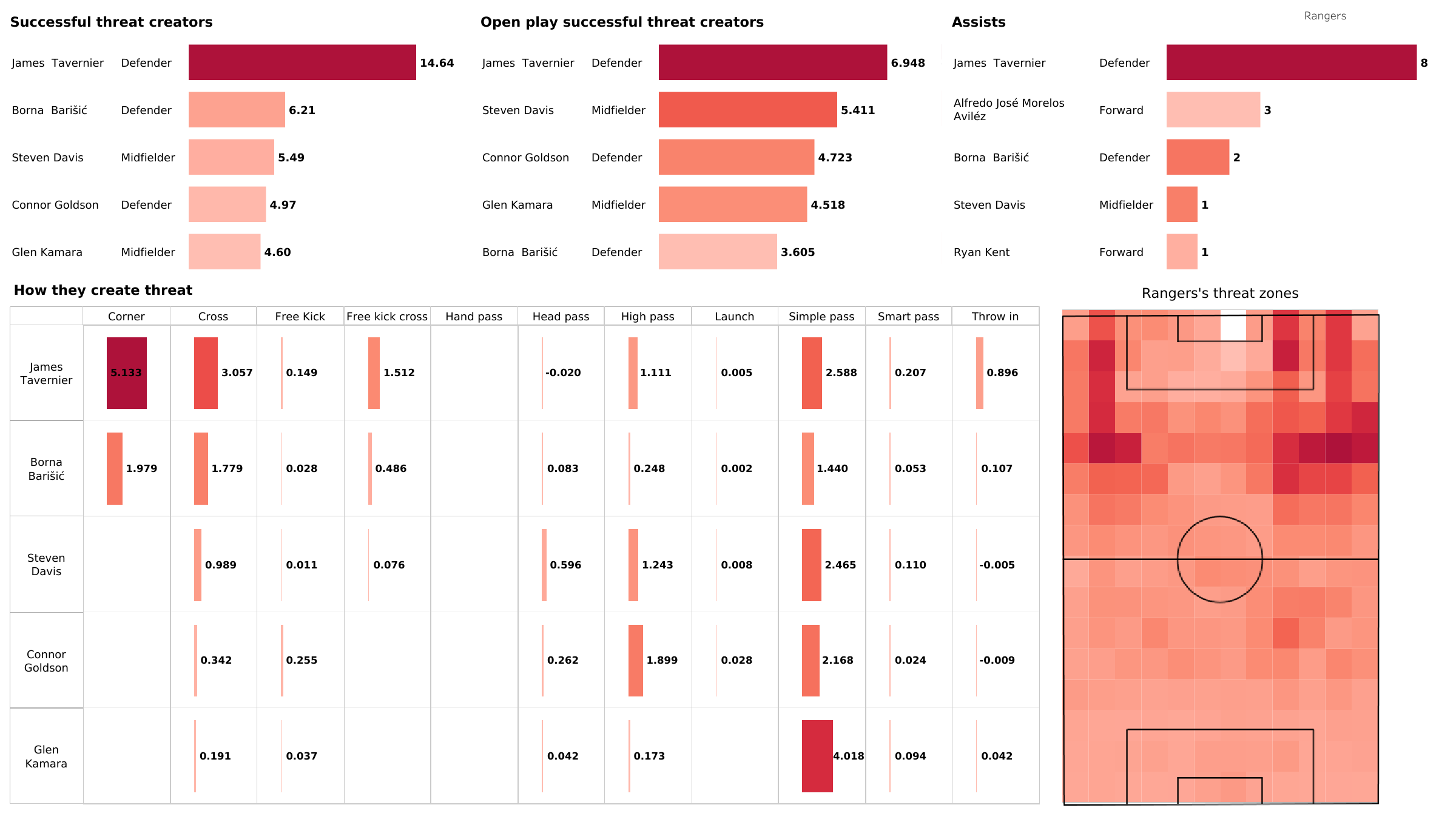 The away team has created a lot of threats from the wider sides. Rangers’ full-backs have created the highest threat rate. James Tavernier has provided ten assists and is the assist leader in the Scottish Premiership. Midfielder Glen Kamara has created the greatest threats from simple passes.

Giovanni van Bronckhorst confirmed that Rangers’ new signing, Aaron Ramsey, won’t be available for this match. Leon Balogun has returned from injury and is fit to play. Alfredo Morelos is still away for international duty and would miss the match.

Celtic will look to take advantage of Rangers’ latest struggles and earn a win over their rivals. A win would put them one point ahead of the Rangers. Rangers, on the other hand, will look to extend their lead over their opponents and get back on track.