Celtic are all set to welcome St. Johnstone to Celtic Park for their Scottish Premiership fixture on Saturday. Celtic opened up a six-point lead after defeating Rangers in their previous match, while St. Johnstone are on a two-game winning streak.

Celtic have been in impressive form lately. They have won five games in a row and have not lost a single game in their last six games. Celtic came back after conceding an early goal in their game against Rangers. Aaron Ramsey scored early on for the Gers, but goals from Carter-Vickers and Tom Rogic helped Celtic secure all three points from the game. Celtic have been the highest-scoring team in the Premiership this season because the Bhoys always tend to score first. Celtic drew first blood in four of their last five games, and they led at half-time in four of those games. 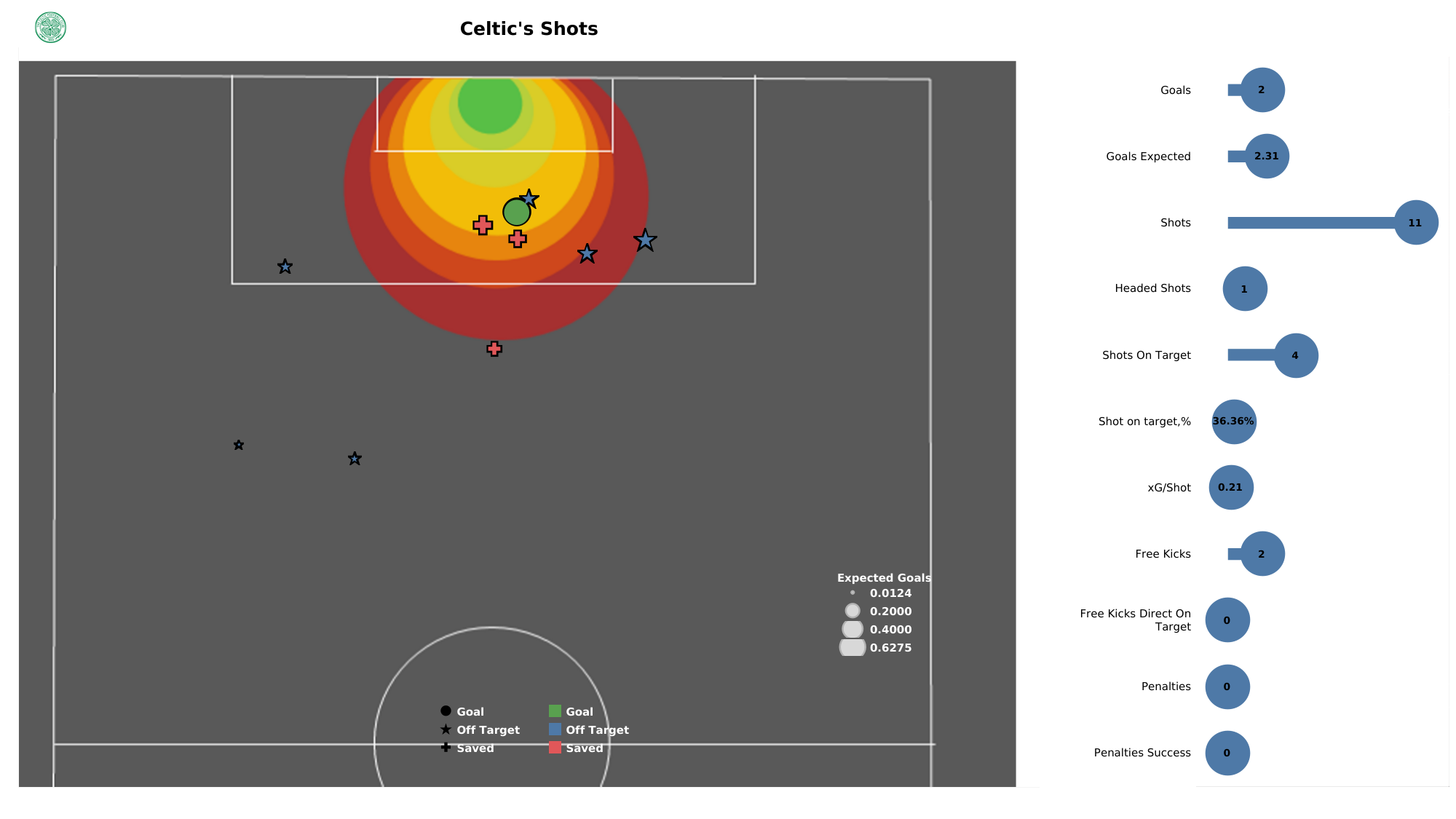 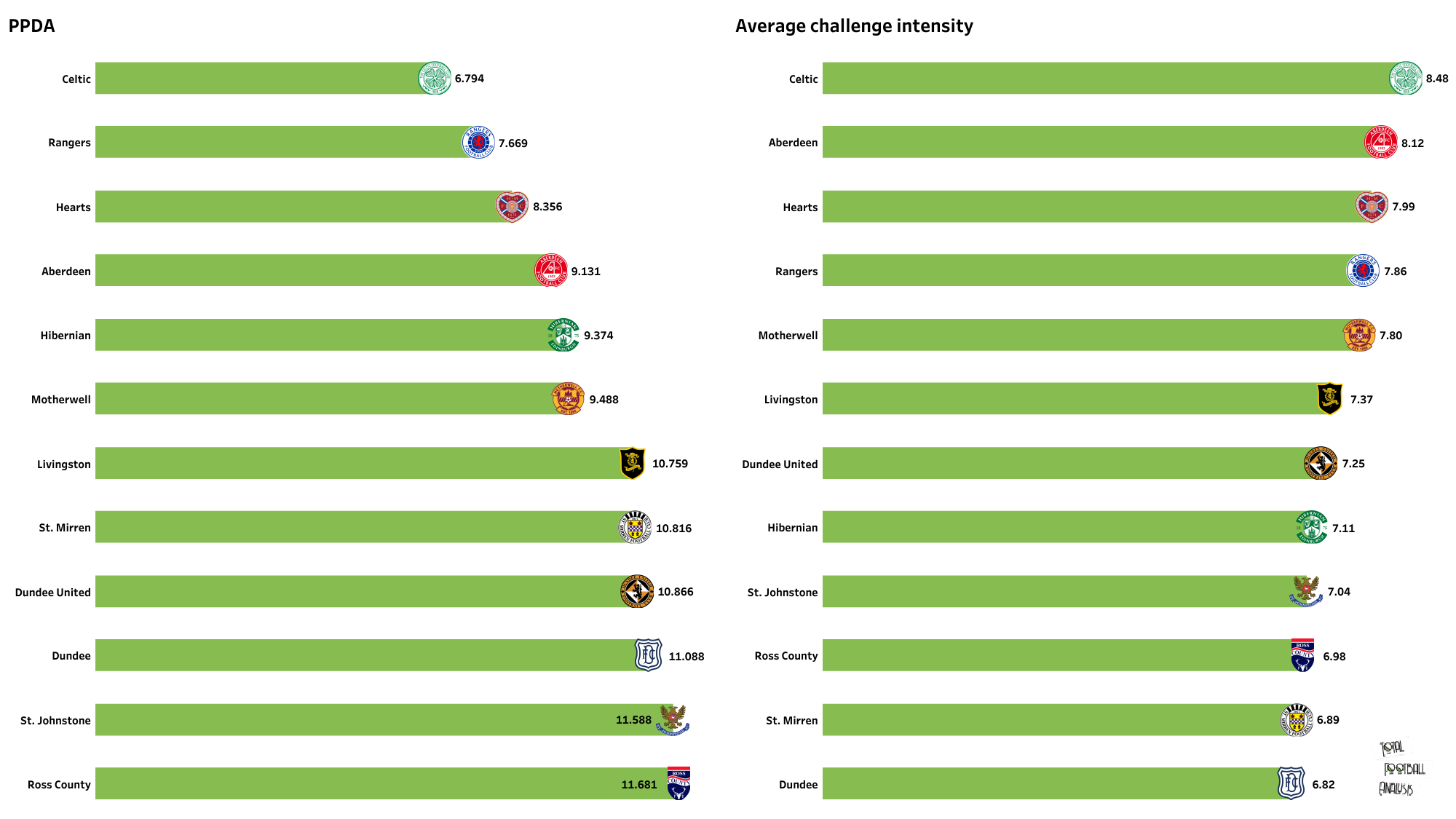 Celtic have been the best defensive unit this season. Celtic have not lost a single game when Carter-Vickers and Starfelt have started as centre-backs. They have the best PPDA value in the league, with only 6.7 passes allowed before attempting a defensive action. They also have the highest average challenge intensity.

Callum Davidson’s men are working hard to ensure they return to Celtic Park for a league match next season. The Saints are currently in the relegation play-offs, six points ahead of Dundee and six points from safety. They are, however, finding form at an ideal time, having defeated Livingston 1-0 at McDiarmid Park last weekend thanks to Callum Hendry’s penalty. The Saints won back-to-back league games for the first time in 13 months after defeating Motherwell at home before the international break. They’ll have five big games after the break, but things are improving for St. Johnstone despite the fact that they looked destined to fall. 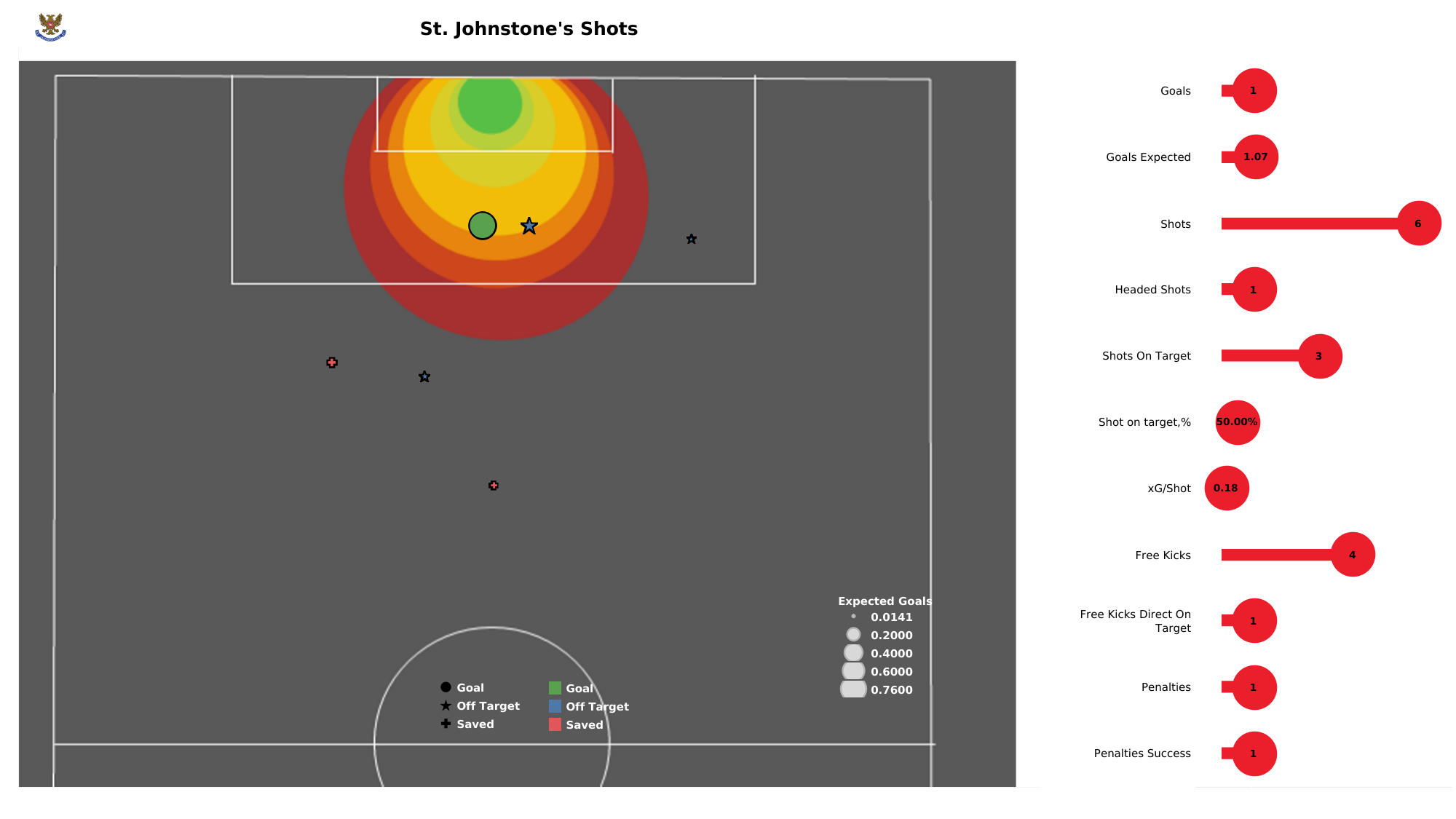 St. Johnstone have managed to score only 21 goals this season and have not been very effective in front of the goal. They managed to get three shots on target against Livingston and converted one shot. Their only goal came from a penalty in the third minute of the game. 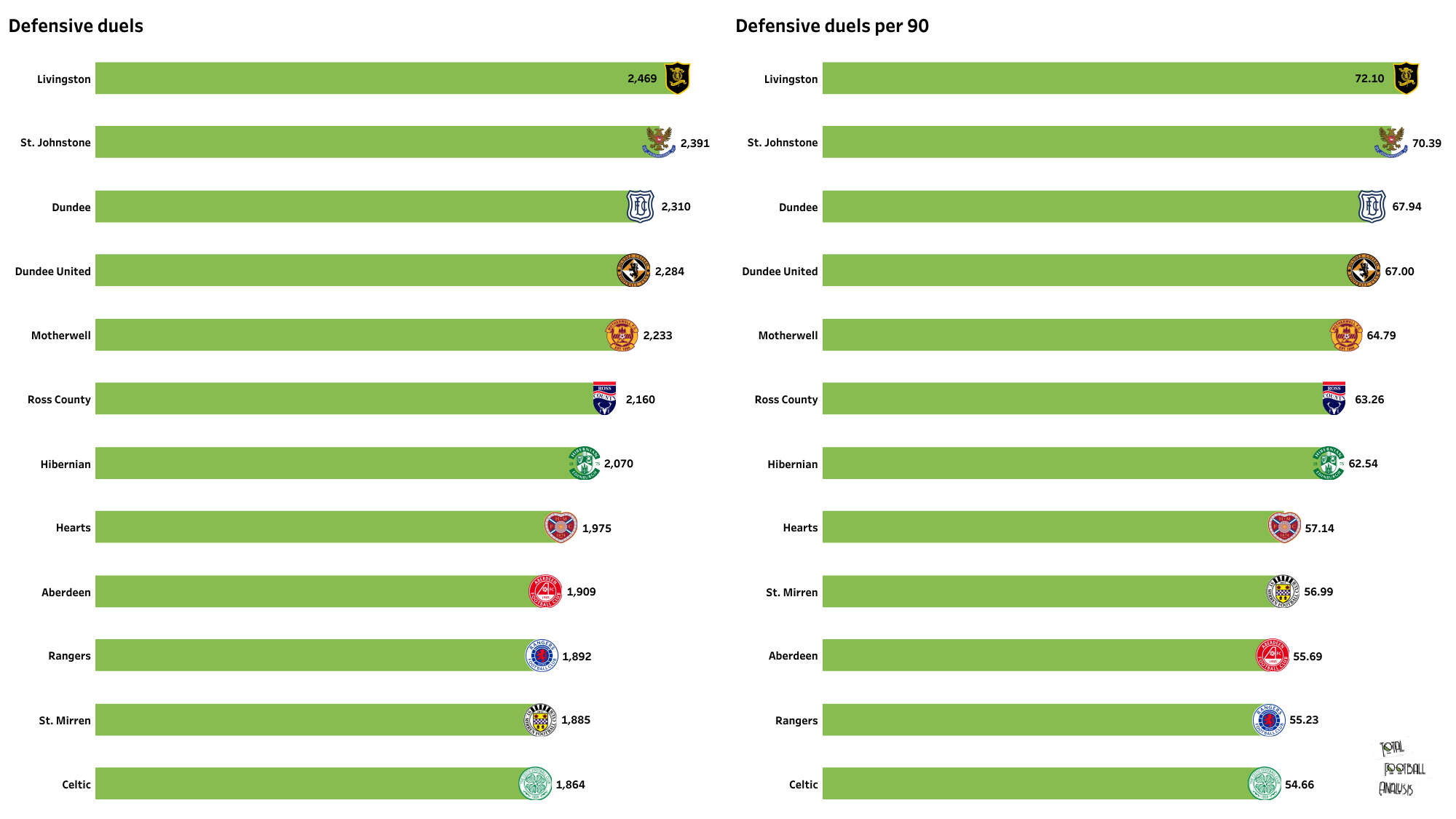 The leaders are unbeaten in 26 league games and are highly unlikely to break that run now in the final game of the regular season, even if St. Johnstone bring a solid record with them. It is expected that Celtic will bag all three points from this fixture.