Celtic travel to the Tannadice Park and will aim to clinch the title when they take on Dundee United in the Scottish Premiership. The leaders are just one point away from confirming their league title. Both teams faced each other three times in the league this season, with Celtic winning two, and Dundee United earning a draw in the first match played between the two teams.

Dundee United suffered their 24th defeat of the season against Rangers in the last match when they went down 2-0 at the Ibrox Stadium. The home team have won their other 11 and drawn the remaining 11 fixtures played this season. They have scored 34 goals with the third-lowest xG rate of 33.56. In return, Dundee United have conceded 42 goals with the second-highest xG rate of 56.99. 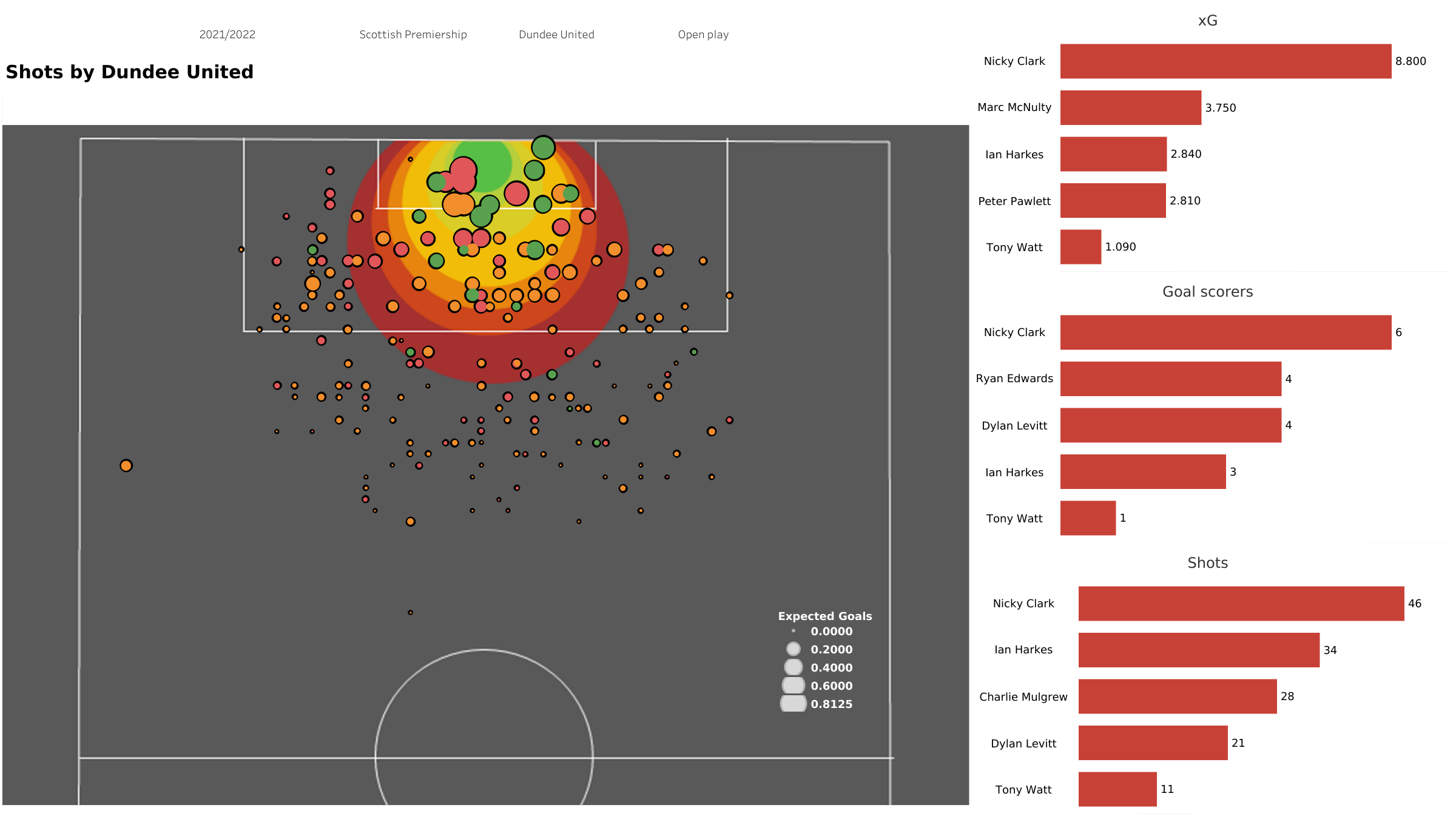 Dundee United have attempted 323 shots this season and average 8.43 shots per 90 minutes. They have managed to hit 113 shots on target and average 2.95 shots on target per 90 minutes. They have a lower rank in the league when it comes to attempting shots. Dundee United are ranked second-bottom for attempting shots from inside the opposition’s penalty box. They have just attempted 169 shots, with 64 being on target. The above viz shows all the shots attempted from attacks created from open play. The home team has scored very few goals from open play and a few shots have been attempted from outside the box. 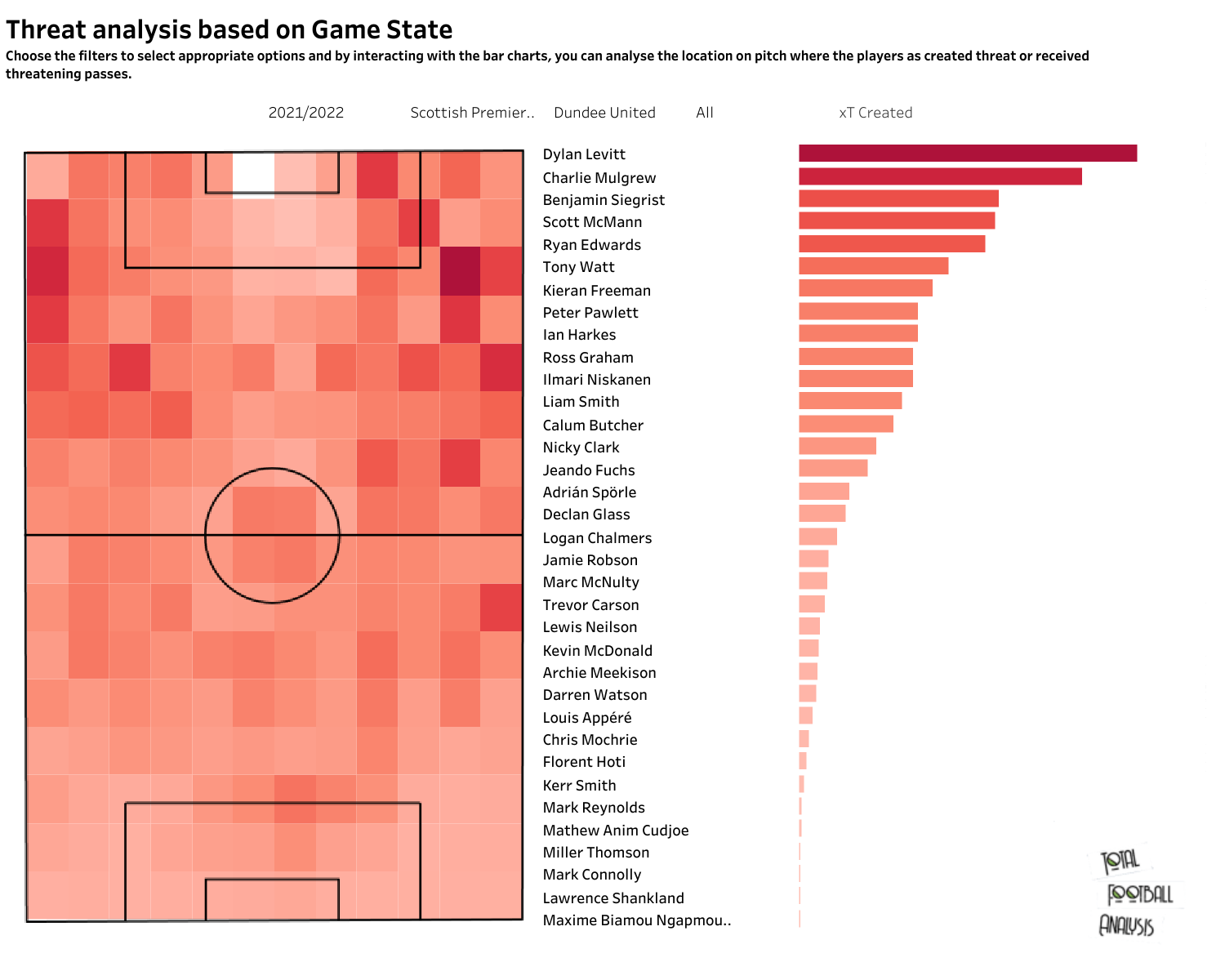 Peter Pawlett, Florent Hoti, Maxime Biamou, Calum Butcher and Ian Harkes are ruled out for the rest of the season. The manager could make some changes in the team and give chance to some of his players.

Celtic are on a 31-match unbeaten run and have won 28, drawn five and lost three matches this season. They have netted 85 goals past the opposition goalkeeper and have let in only 21 goals. The leaders have the best attack and defence in the league, with an xG and xGA rates of 89.38 and 22.05, respectively. 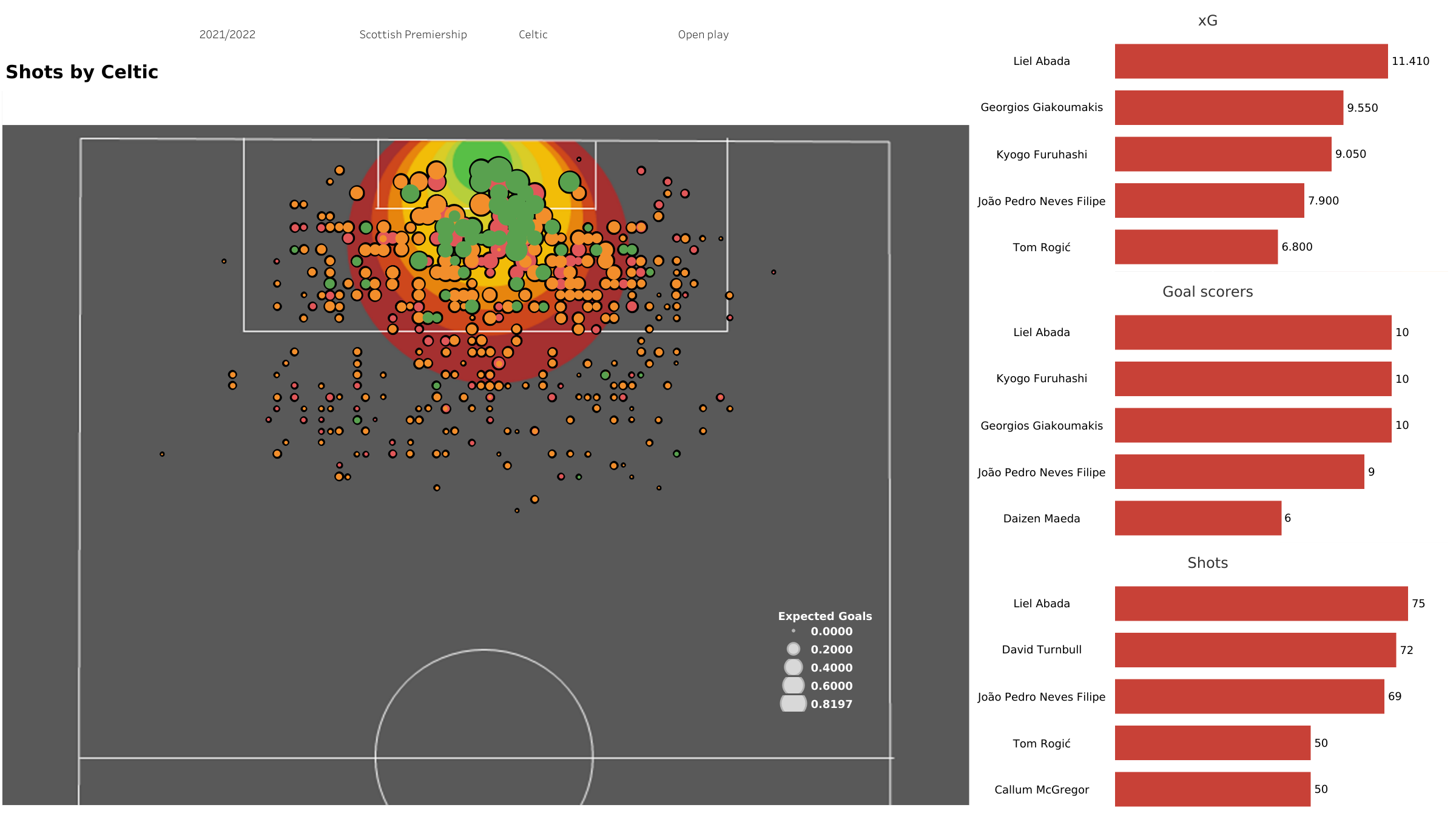 The leaders have attempted 688 shots and average almost 18 shots per 90 minutes. Celtic have managed to hit the target 243 times. They have attempted most of their shots from inside the opposition’s penalty box. A total of 424 shots have been attempted, with 183 being on target. Leil Abada has attempted the most shots, but the player hasn’t started in the last few matches. David Turnbull could go past him for attempting the most shots. 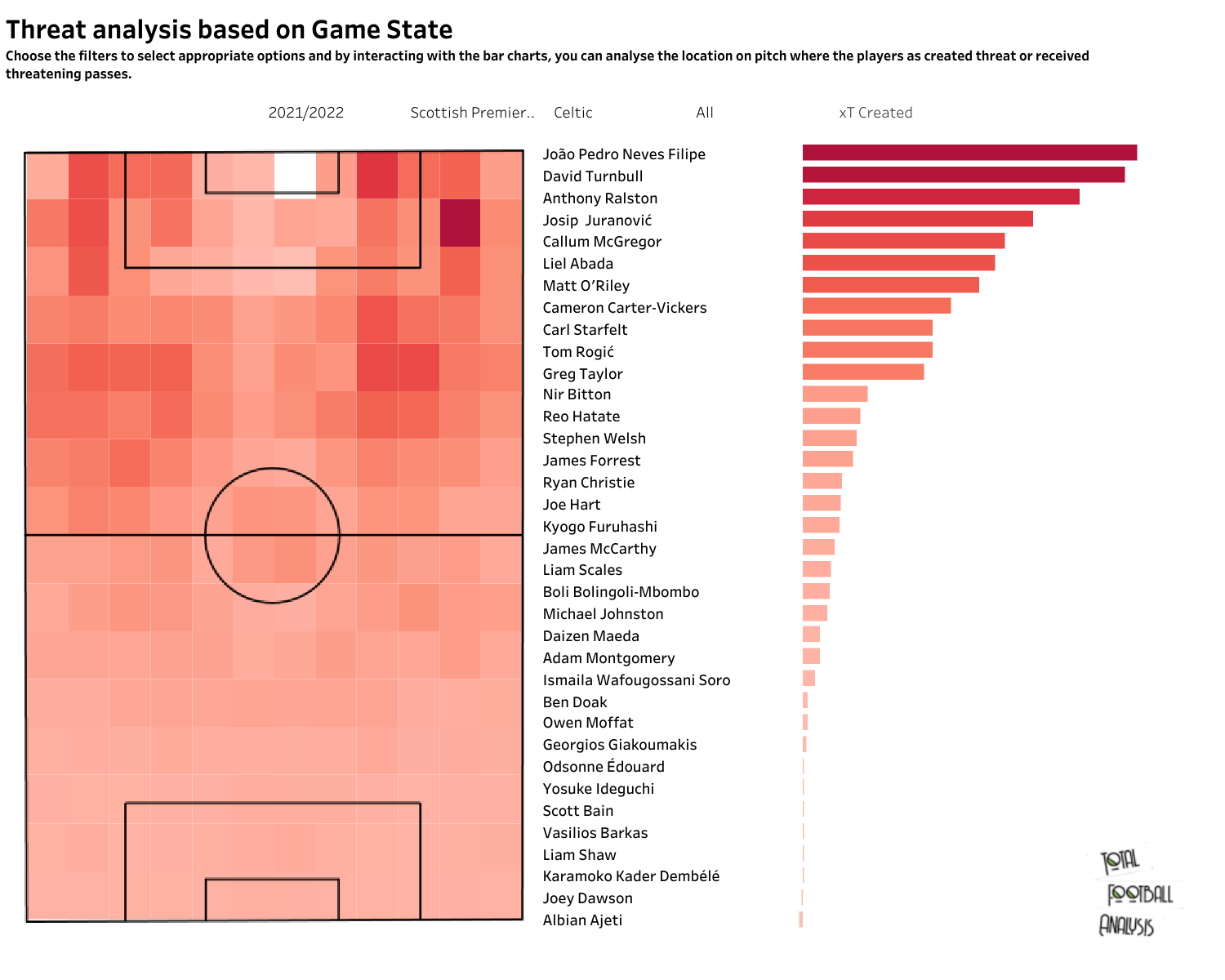 The above viz shows that Celtic have created most of the threats from the right side. Joao Pedro and Anthony Ralston have been the top performers, followed by full-back Anthony Ralston. Celtic have no fresh injury concerns and could go with the same lineup to clinch the title.

Celtic will look to clinch the title with a big win over their opponents. They will hope to finish the campaign with two wins. Dundee United, on the other hand, will look to spoil the mood of the leaders and try to win the match.