In the Scottish Premiership, Celtic will travel to Tannacide Stadium to take on Dundee United. The defending champions look to maintain their perfect season record with a win over a Dundee United side struggling for points.

Dundee United are on a poor run of form and have lost their previous three games. They have just collected a single point. Dundee United have only scored two goals this season, with an xG rate of 1.06. They have the joint worst defensive record in the league and have conceded nine goals.

Celtic maintained their 100% win record with a 2-0 victory over Hearts. The Celts have now scored 12 goals with an xG rate of 3.06 and conceded only a single goal. They aim for back-to-back titles this season.

Let us look at some of the stats that show what could happen in the match.

Celtic on the attack 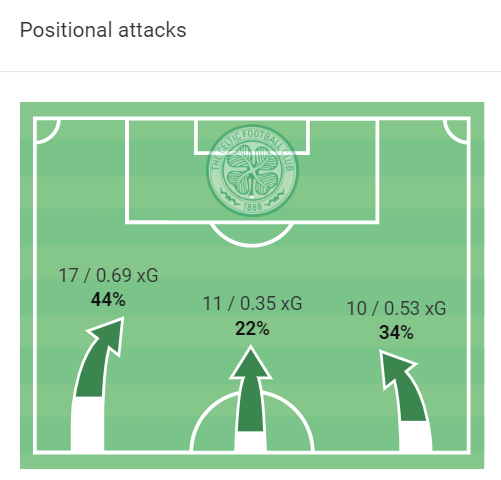 Celtic have dominated play in every match they have played this season. Ange Postecoglou’s men averaged 69.34% possession in the last four games. They like to keep the ball and find opportunities to break the defensive resistance of the opposition. The Celts average 39.75 positional attacks and two counterattacks per match. One of the most impressive stats of theirs is that Celtic attempt an average of 20 shots per match with an overall xG rate of 3.06. Dundee United’s defence will have a tough day in the office. 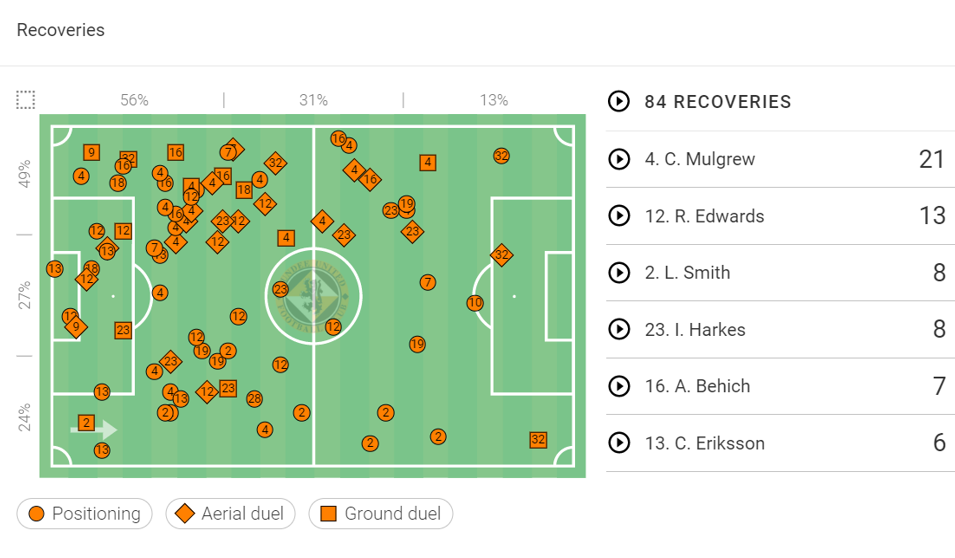 Dundee United’s defence and goalkeeper will face their toughest opposition this season. They will be involved in a lot of defensive actions in this match. As of now, Dundee United average 64.2 defensive duels and 54.2 aerial duels with a 62% success rate for defensive duels and 50% success rate for aerial duels. They have also recovered the ball well, with an average of 86.2 recoveries per match. The above viz shows their recovery zones. Expect them to have a high recovery rate in the defensive third in this match. 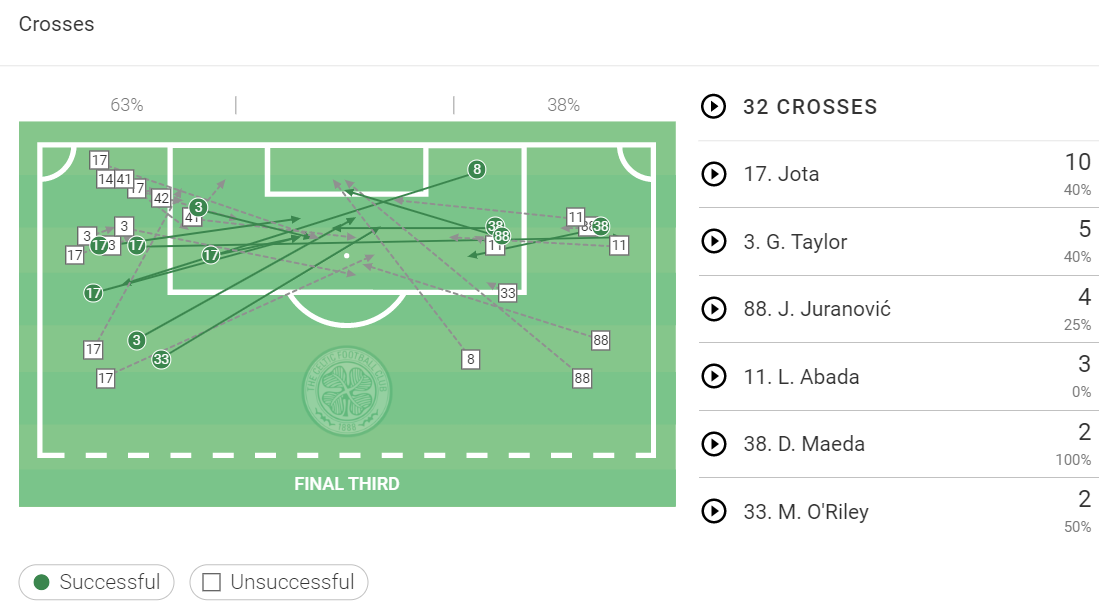 Celtic’s passing has been very accurate, and they will deliver passes into dangerous areas. They average 614 passes with an 86.7% accuracy rate. These include 77.2 passes to the final third with a 71.5% success rate. Celtic players also attempt a lot of crosses. They average 27.5 crosses with a 37% success rate. The above viz shows that in the last match, most of the crosses came in from the left side. They will once again attempt crosses and try to beat the defenders and score goals.

There are no new injury concerns in either camp. The hosts might make a few changes to the starting XI, but Celtic are likely to name an unchanged side.

Celtic will be the favourites to take three points from this game. They have a chance to maintain their two-point lead over Rangers. For Dundee United, this will be a tough game, and they will have to work hard to get any points from this fixture.