The third Dundee derby will take place at Tannadice Stadium when Dundee United play host to Dundee in the Scottish Premiership 2021/22 season. Both teams are at different ends of the table, with Dundee struggling at the bottom. This will be the final derby of the season, with Dundee United winning the first one, and the previous derby ending in a goalless draw. This will be the final fixture before the playoff stages for both teams, and Dundee look like the favourites to get relegated as they are six points behind St. Johnstone in 11th position.

Dundee United are ranked fourth in the league table, with ten wins, ten draws, and 12 defeats. They have scored 29 times with an xG rate of 30.19, and that is the third-lowest number of goals in the league. In return, they have conceded 35 times, with an xGA rate of 49.26. 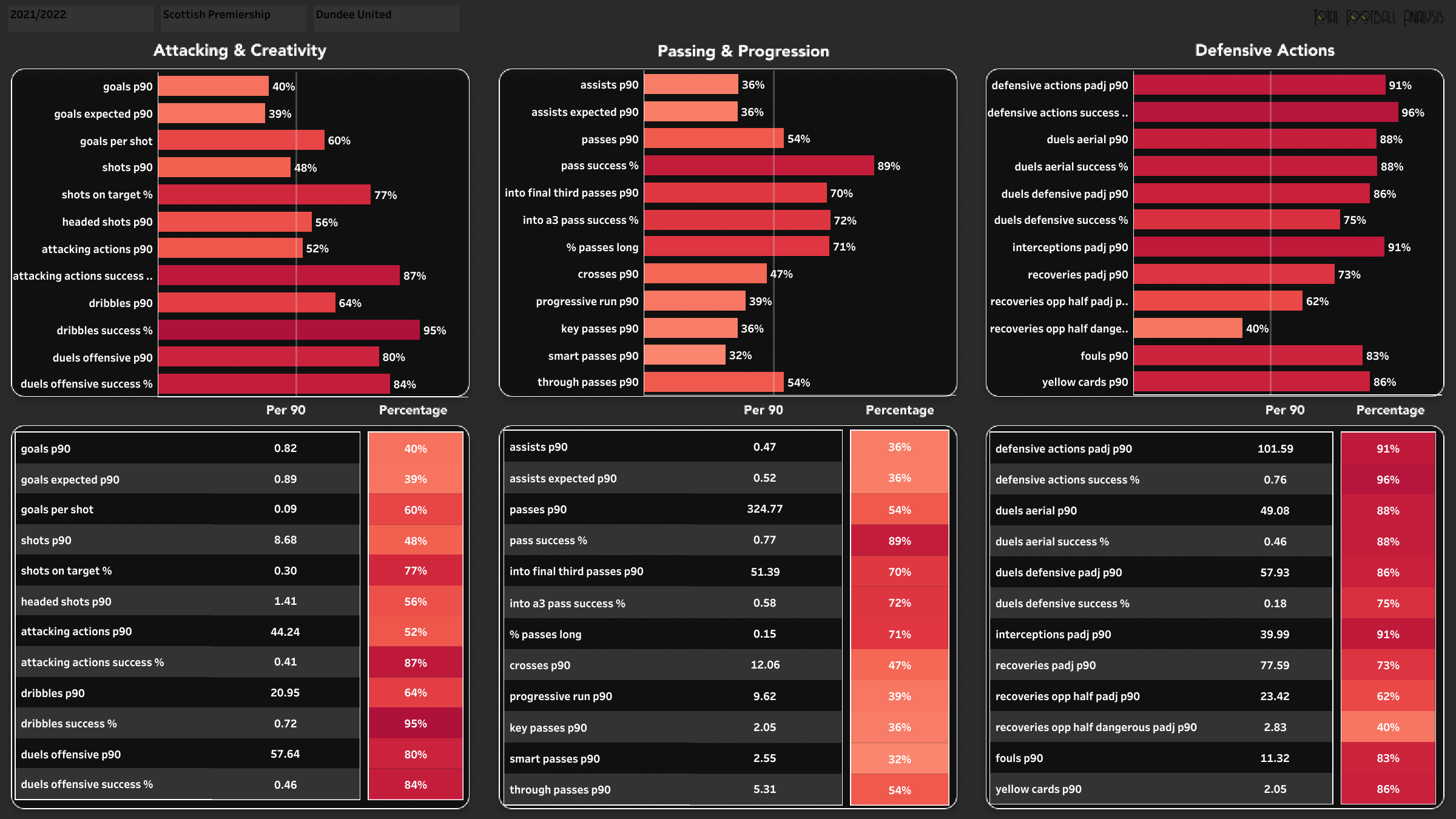 When looking at the above chart, the general rule is that the longer the bar, the better the performance — you can see the league average in the middle, and the % is the percentile rank the player is in. The home team has a low percentile rank for scoring goals, xG per 90 minutes, and shots per 90 in the attacking and creativity charts. By looking at the passing and progression charts, we can observe that Dundee United attempt fewer crosses, key passes, and smart passes than their other opponents in the league. Defensively, they have a better record and only struggle to recover dangerous balls inside the opposition’s half. 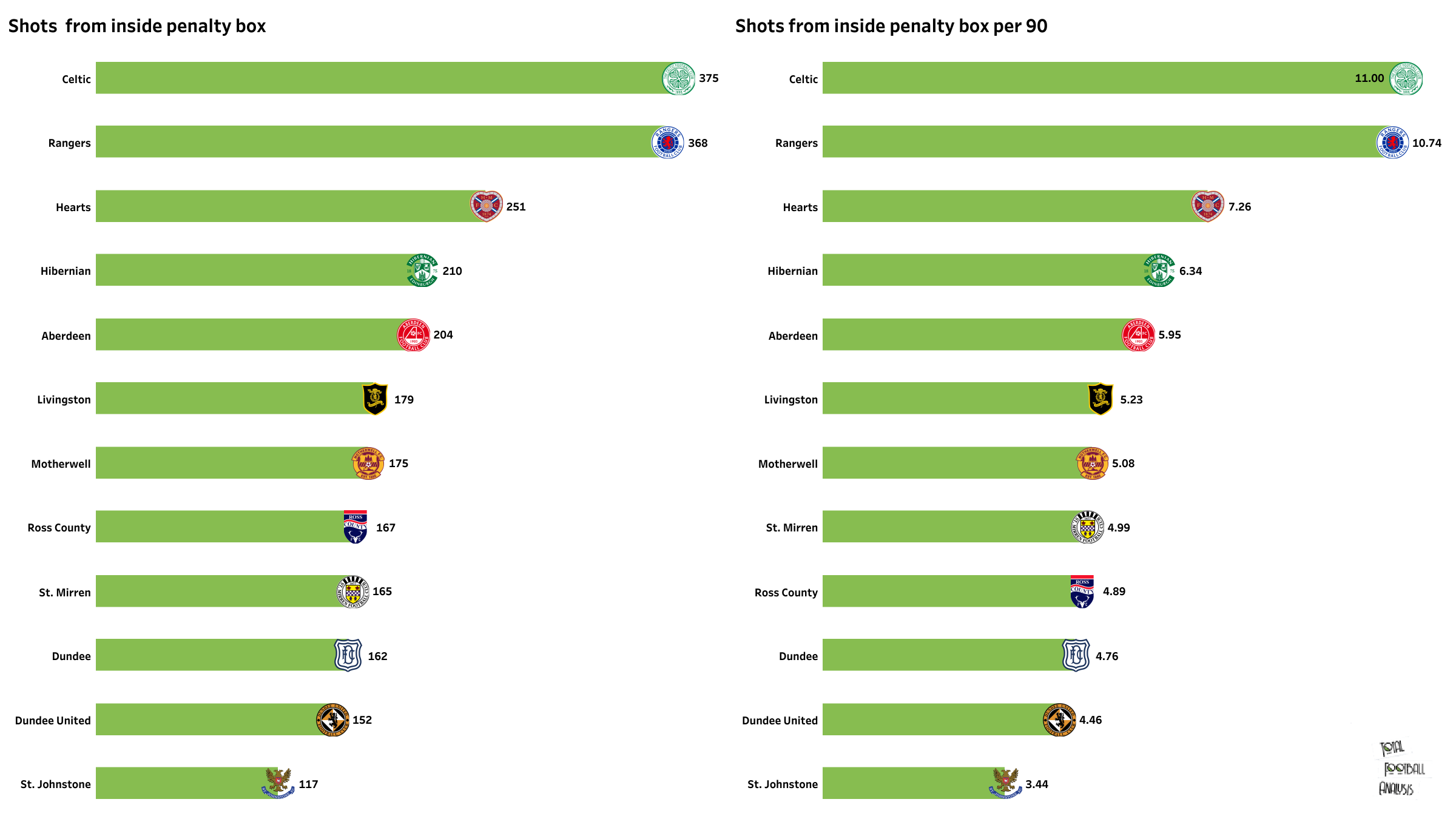 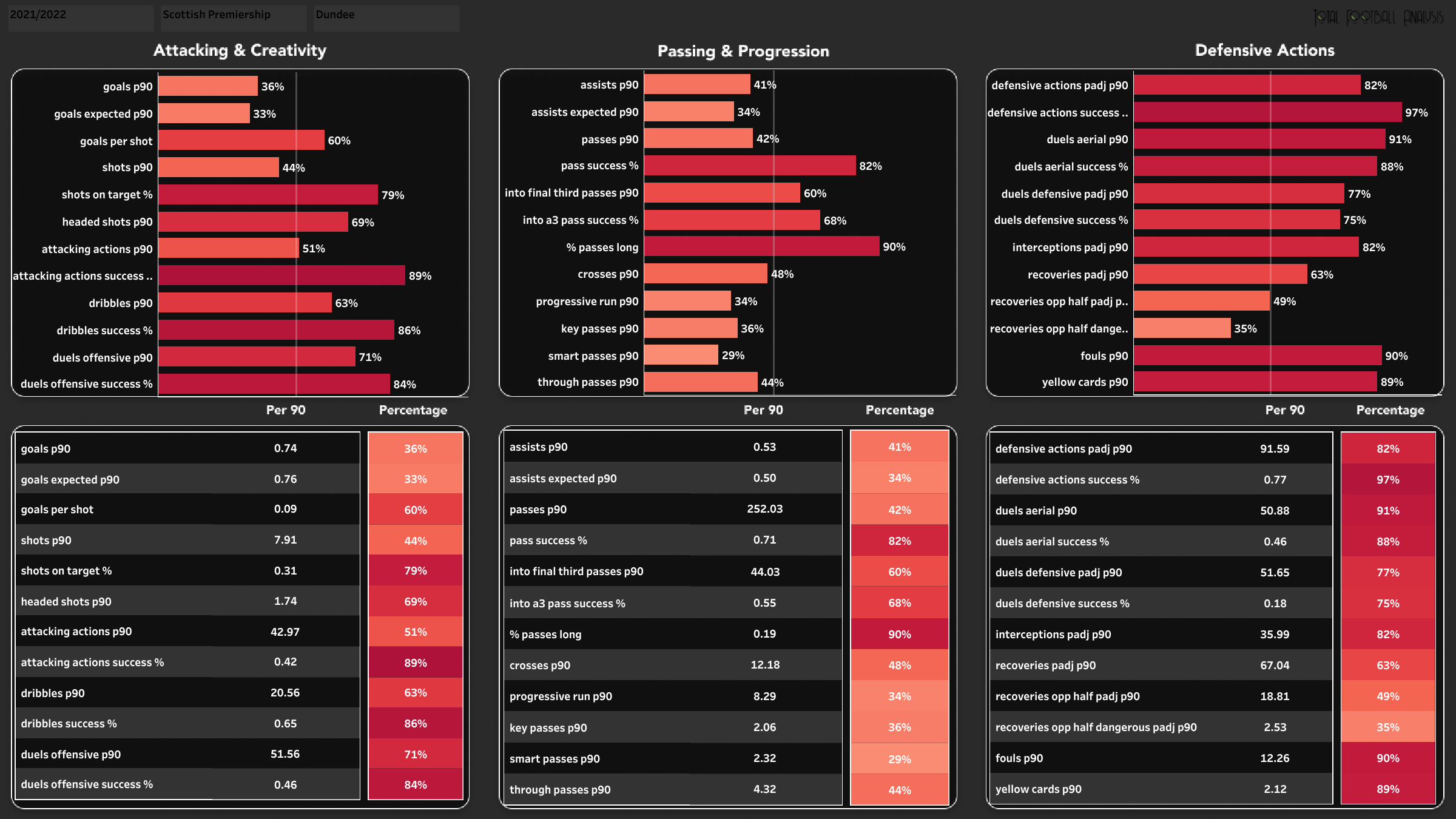 Dundee have struggled to win games throughout the season. The visitors have won five, drawn nine, and lost the other 18 games. Dundee have found the back of the net on 27 occasions with an xG rate of 25.76. Their defence has conceded the most goals in the league. They have let in 55 goals with an xGA of 53.46. Dundee have attempted 269 shots, and 96 were on target. In the above viz, we can observe that Dundee’s biggest struggle is in the passing and progression area. They have a low percentile rank in most of the departments. 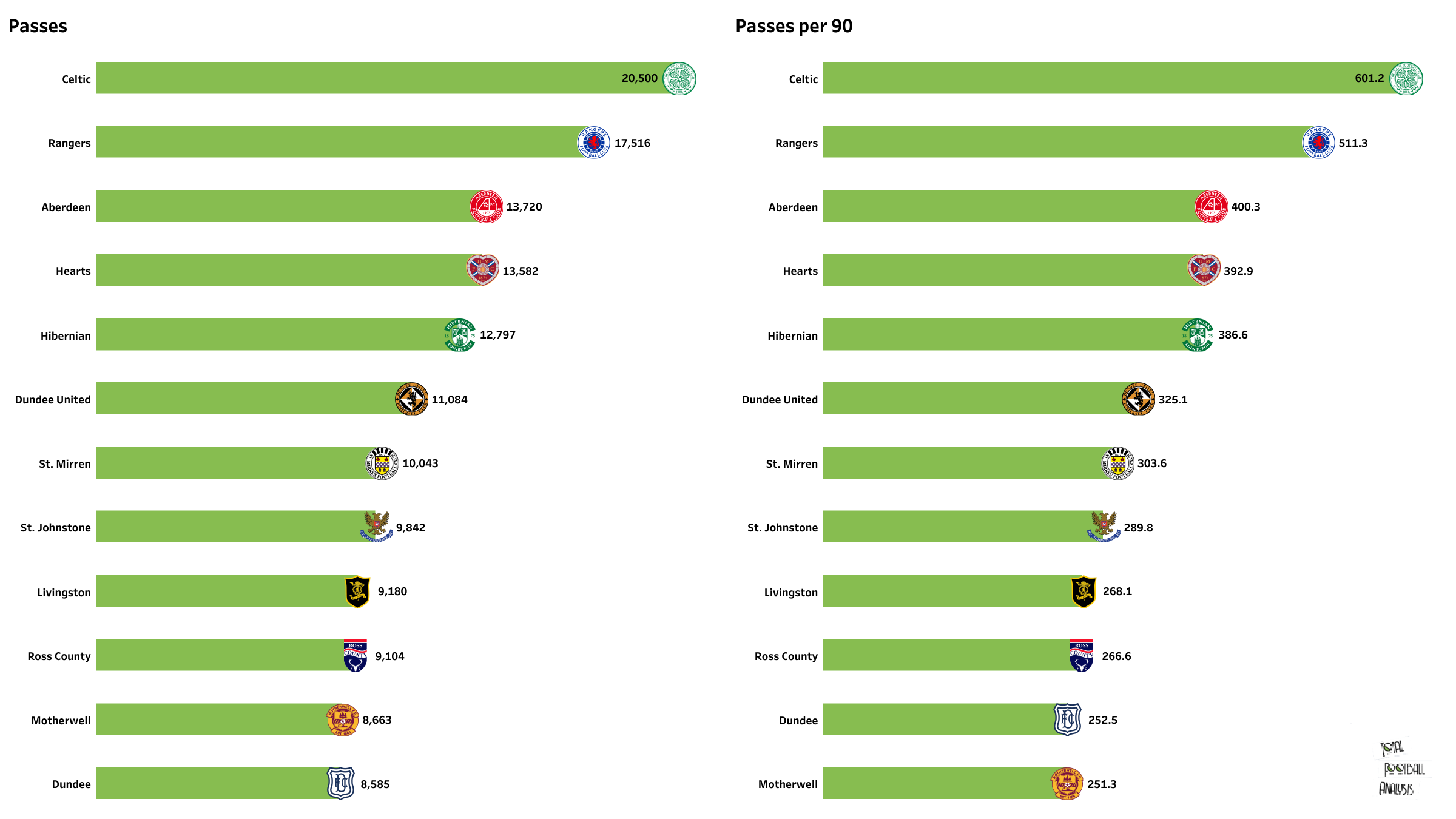 Dundee United will go into this match as favourites against a struggling Dundee side. The home team is undefeated in the last five meetings between the two teams. Dundee will look to earn a victory and catch the teams in front of them. This will be a crucial match for the visitors in their battle for relegation from the top division.