Dundee United and Hearts square off against each other at Tannadice Park in the Scottish Premiership. Dundee United drew their last game against Dundee FC, while Hearts beat Hibernian to enter the Scottish Cup final.

Dundee United are unbeaten in the last four of their Scottish Premiership games, drawing three and winning only one of the four. They have lost just one of their last 10 Scottish Premiership matches and secured their place in the top six comfortably enough before the split. Dundee United are 16 points behind third-placed Hearts on the league table and will look to confirm their position in the top four of the league. 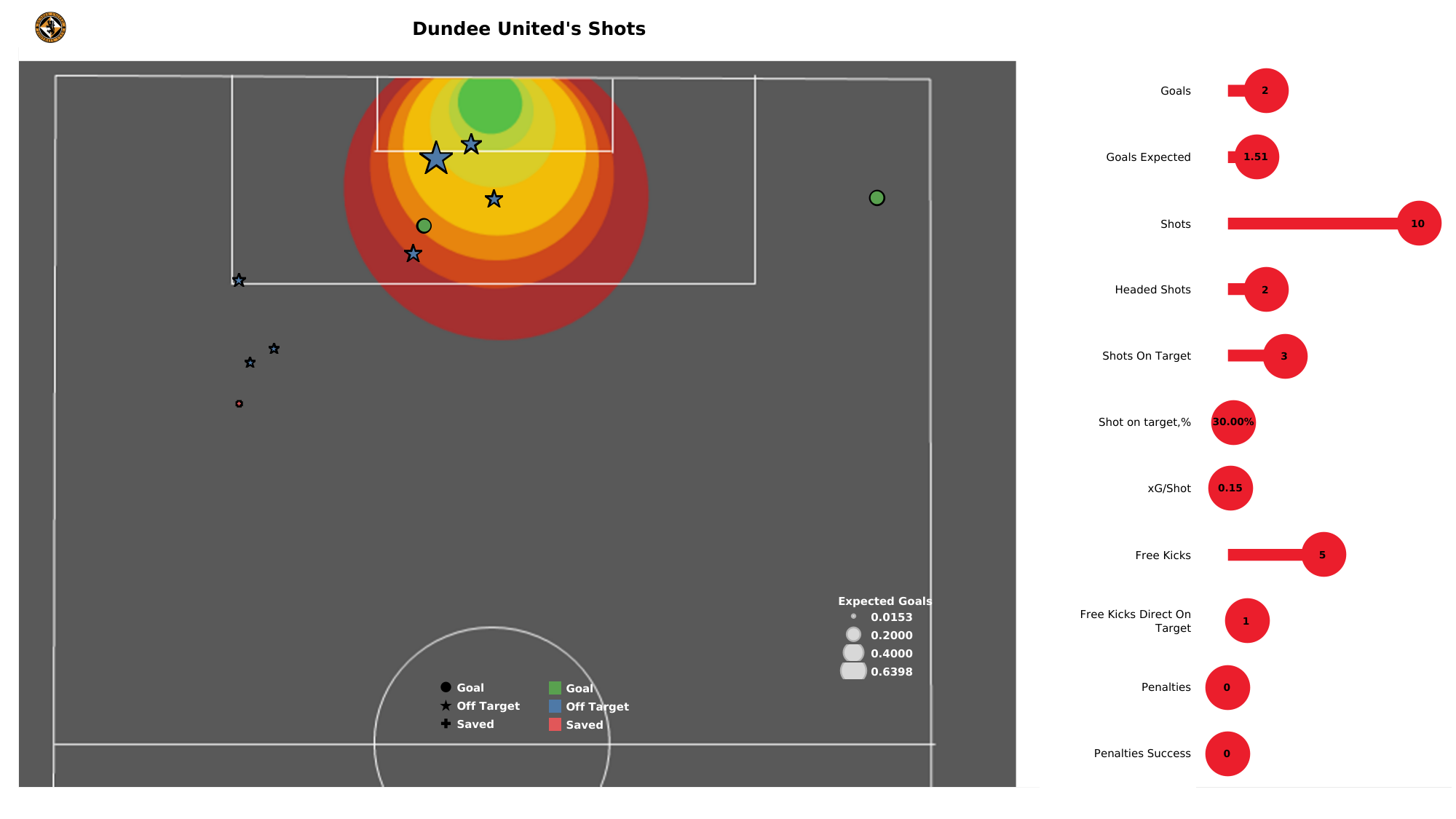 Dundee United managed to get 10 shots on goal in their previous league game against Dundee FC. However, they were not very effective with their efforts on goal as they only managed to keep three shots on the target. They generated a total xG of 1.51 in the game and had a shot on target percentage of only 30%. 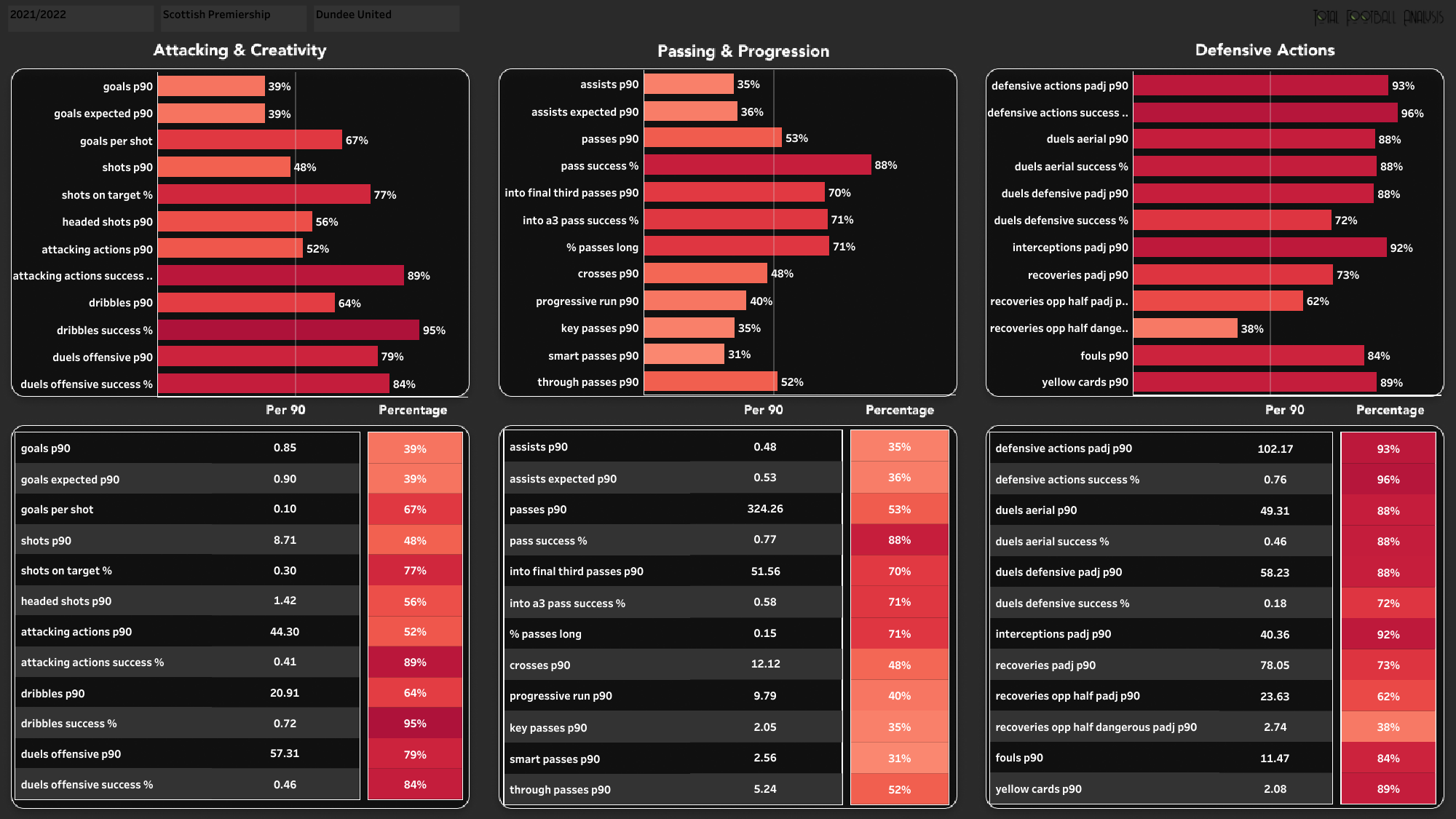 The above visual shows us an overview of Dundee United’s attacking and defensive metrics. The stats indicate that Dundee United have done well defensively and have a very high success rate for the defensive actions they have attempted. They also rank highly for the number of interceptions they have made per 90 minutes. The Terriers have not been the best side in front of the goal and have averaged only 0.85 goals per 90 minutes.

Back-to-back wins over Edinburgh rivals Hibernian in the league and Cup has helped Hearts gain the much-needed confidence going into the second phase of the Premiership. Amazing strikes from Ellis Simms, and then Stephen Kingsley, saw Hearts beat Hibs 2-1 at Hampden. Hearts also did well to beat Hibernian 3-1 in their last league match.  Dundee United’s record at home suggests that Hearts have a good chance to secure all three points from this fixture. 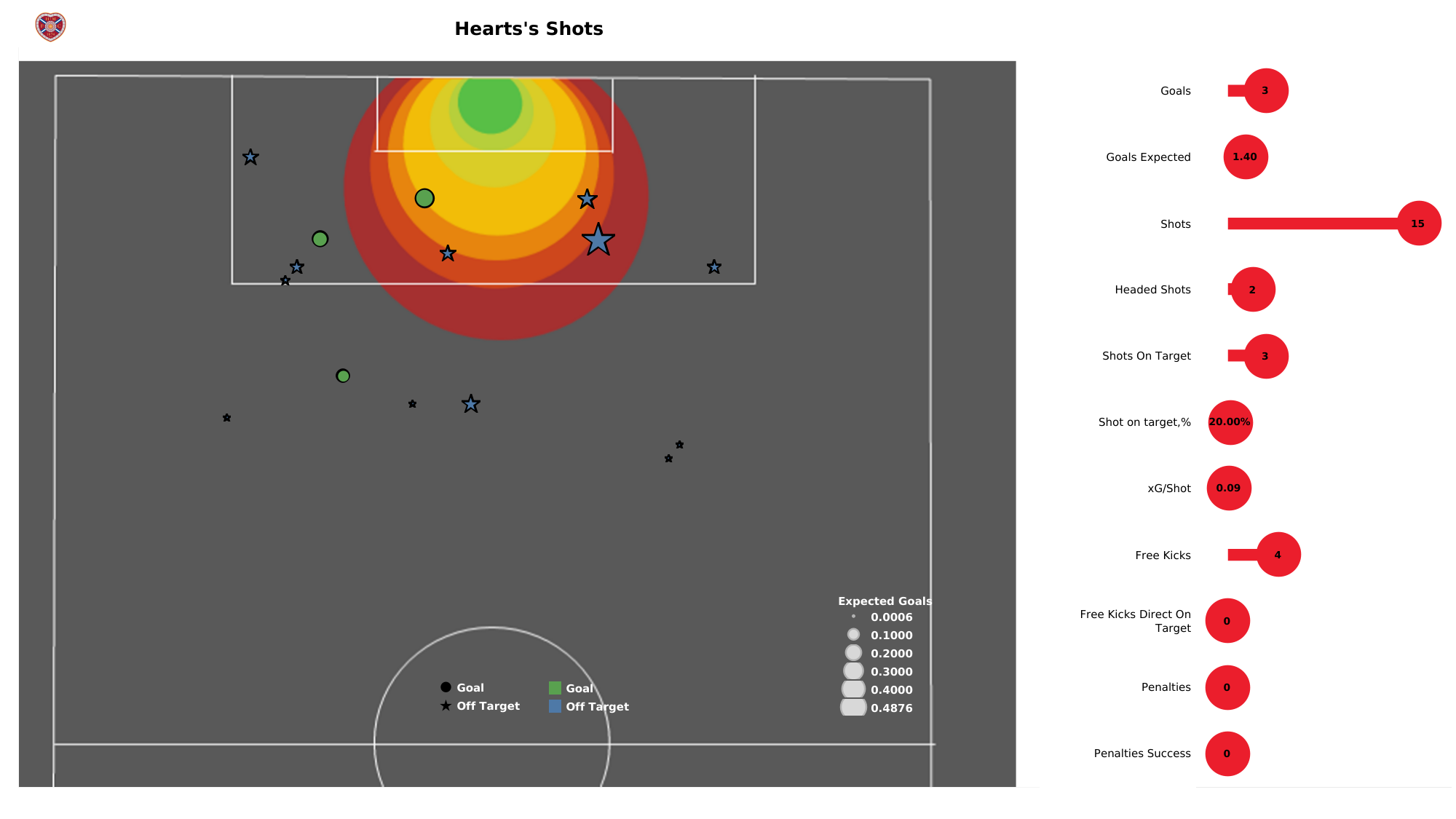 The above shot map shows us the shots attempted by Hearts against Hibernian in their previous league game. The Jambos had a total of 15 shots on goal throughout the game but only managed to keep three shots on target. They did score from all three of their shots on target and bagged all three points. 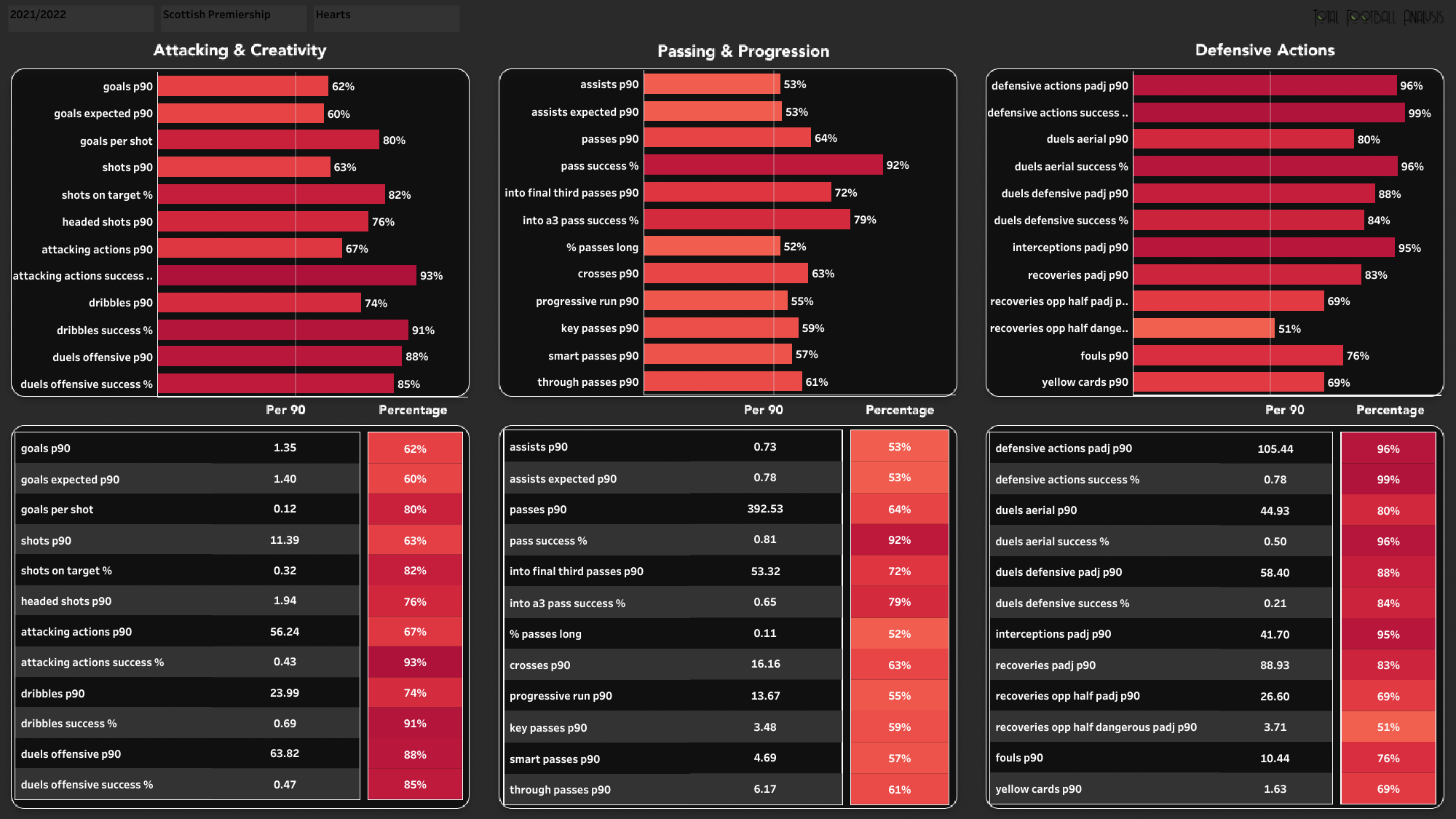 Hearts, on the other hand, have posted better numbers in the final third as the Jambos have scored 1.35 goals per 90 minutes and have also generated a better xG value. They have attempted 11.39 shots on the opposition goal per 90 minutes and have completed 43% of their attacking actions. Hearts have conceded 33 goals in the 33 games they have played in the Premiership, and only Celtic and Rangers have a better defensive record. They have won 78% of the defensive actions they have attempted.

Both teams have had a decent form going into this fixture, but it is Hearts who have been more successful in front of the goal and are expected to grab maximum points on Sunday.