After consecutive goalless draws, Dundee United would be hoping to get back to winning ways on Wednesday night when they host Motherwell in their latest Scottish Premiership fixture.

The visitors come into the game with a five-game losing streak in the league and are still looking for their first three points of 2022. Dundee United are currently on 30 points from 25 games and could overtake Motherwell on the table with a win on Wednesday. After drawing at the weekend, Dundee United moved into the top half of the standings, and a win in midweek may push them even higher. The Terrors’ result on Saturday was their second consecutive goalless draw, with the Terrors failing to score against St Johnstone and Dundee. 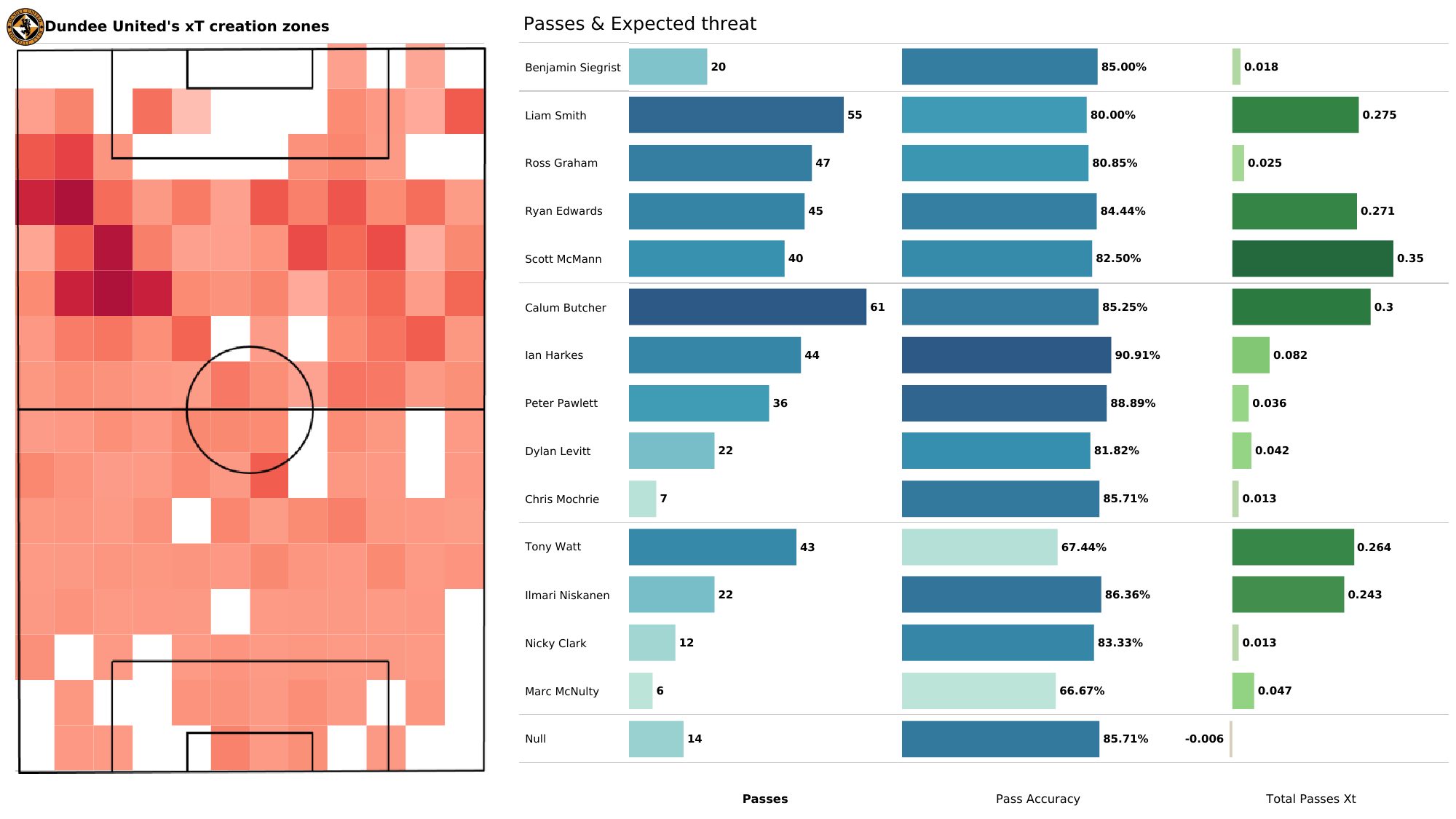 Dundee United did create several chances against St. Johnstone but struggled to capitalize on these chances even after having a man advantage for more than half an hour. They had high xT creation zones in the final third, with Scott McMann generating the highest xT from his passes. He attempted a total of 40 passes and had an xT value of 0.35. 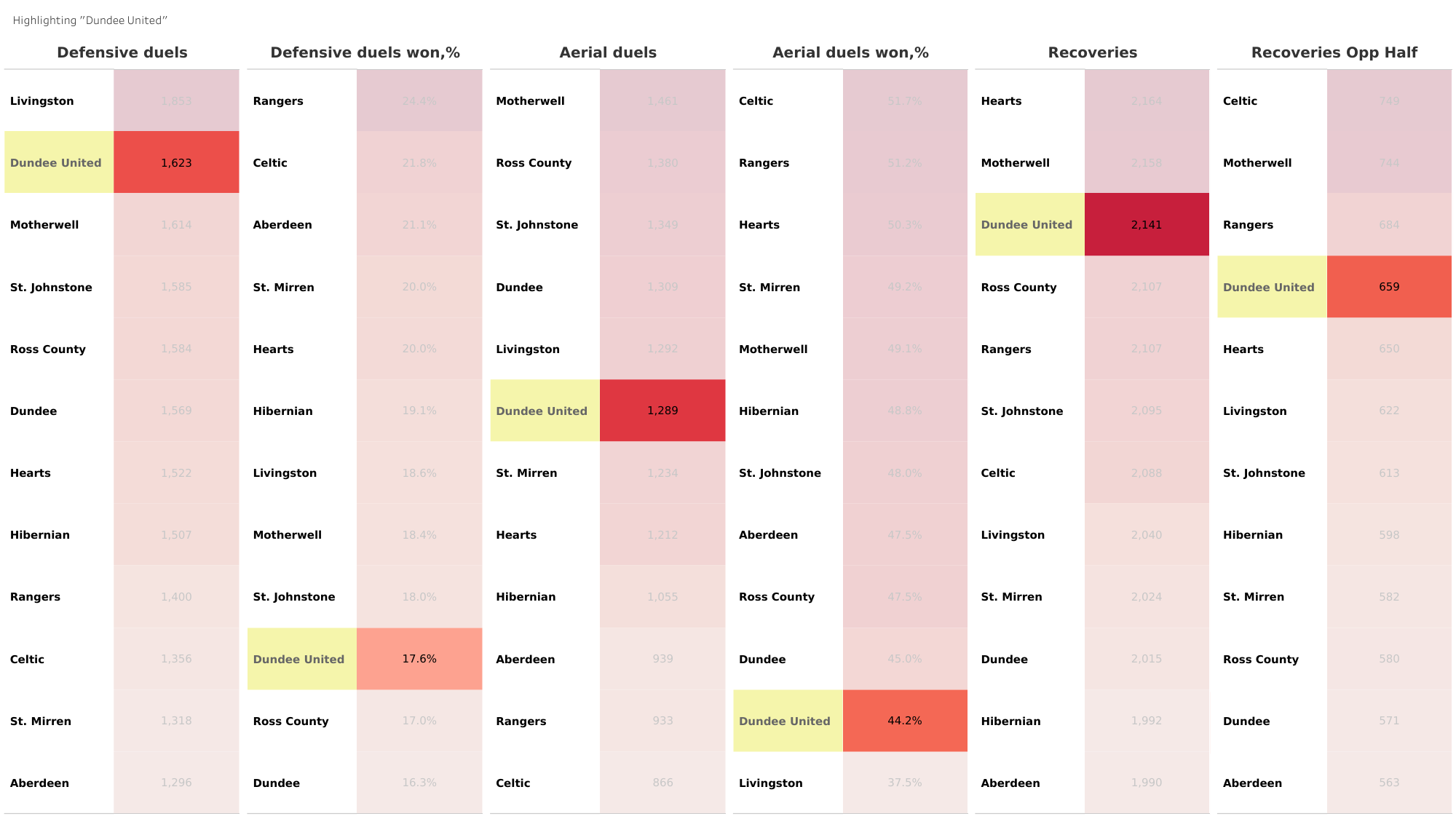 Dundee United have struggled to find the back of the net recently. However, the defensive performances have been strong in both their recent matches and that is something they will be hoping to do once again on Wednesday. They have attempted the second-highest number of defensive duels in the league and have made 2,141 recoveries. At home, Dundee United have performed well overall as they won half of their games, and that is something that they will want to continue if they want to maintain or improve their league position.

The Steelmen would be hoping to replicate the result that they managed to pick up last time after they failed to take three points in their previous five matches in the league. The Steelmen were thrashed 4-0 by Celtic on Sunday, and their poor record has allowed other teams, especially Dundee United, to catch up to them in the league. They are on 33 points from 25 games and need a run of good results to cement their position in the top four. 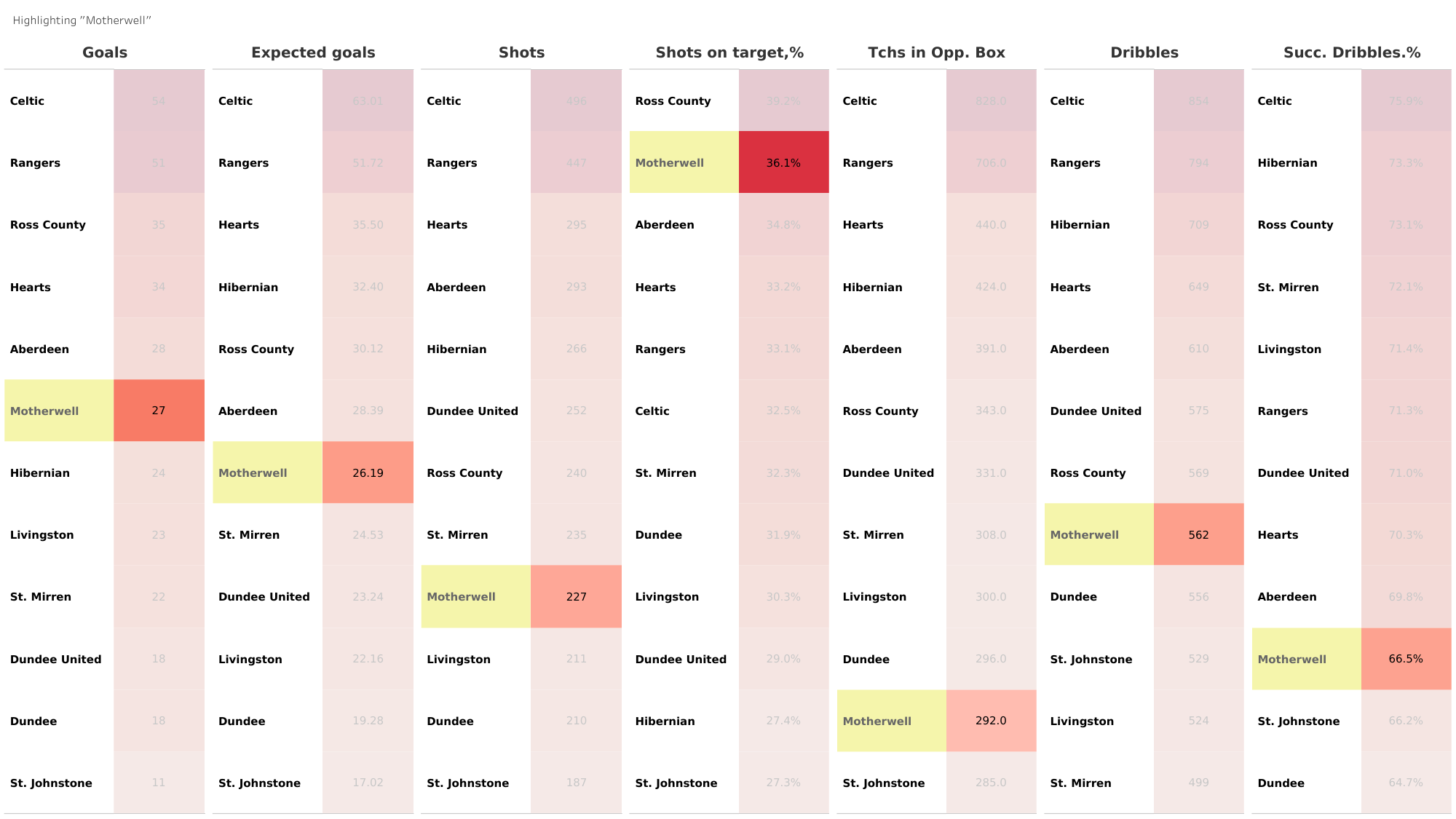 Motherwell have scored 27 goals in the league but have conceded ten more goals than what they have scored. Despite being in the top four of the league, they have a goal difference of -10, which indicates they have a lot of work to be done defensively. They have been one of the weakest teams in the Scottish Premiership away from home this season, winning only two of their 14 matches, something they will aim to improve on. With a 10-point difference between them and Hearts, the focus will be on staying in fourth place, and putting together another run of results will help them do so.