In round 32 of the Scottish Premiership, Aberdeen travel to face bottom-of-the-table Dundee. Both teams are in the bottom half of the table, with Aberdeen having a 12-point advantage over their opponents. This is the third meeting between the two clubs in the league this season. Dundee won the first match 2-1 at home and lost the second by the same scoreline away from home. Both teams are fresh from the international break and will look to add three points to their total.

Dundee have won five, drawn eight, and lost 18 games this season. They have lost the most matches in the league this season. The Dee have found the back of the net 25 times, with an xG rate of 24.06. In return, they have conceded the most goals in the league. Dundee’s defense has leaked 53 goals with a high xGA rate of 51.51. 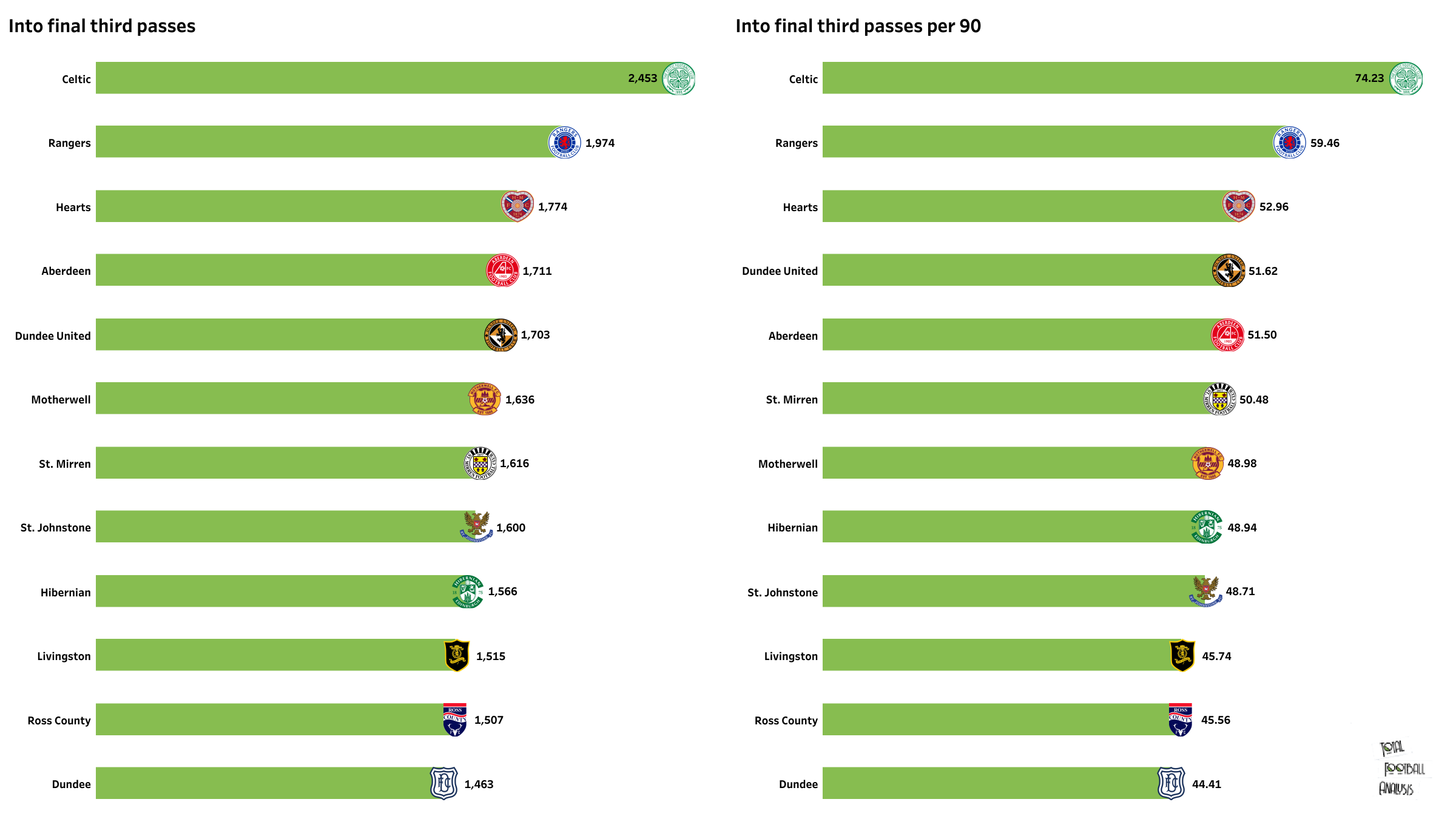 Dundee have attempted the lowest number of passes in the Scottish Premiership. They have failed to keep hold of the ball possession, and the above viz shows that the home team has attempted the least passes into the opposition’s final third. 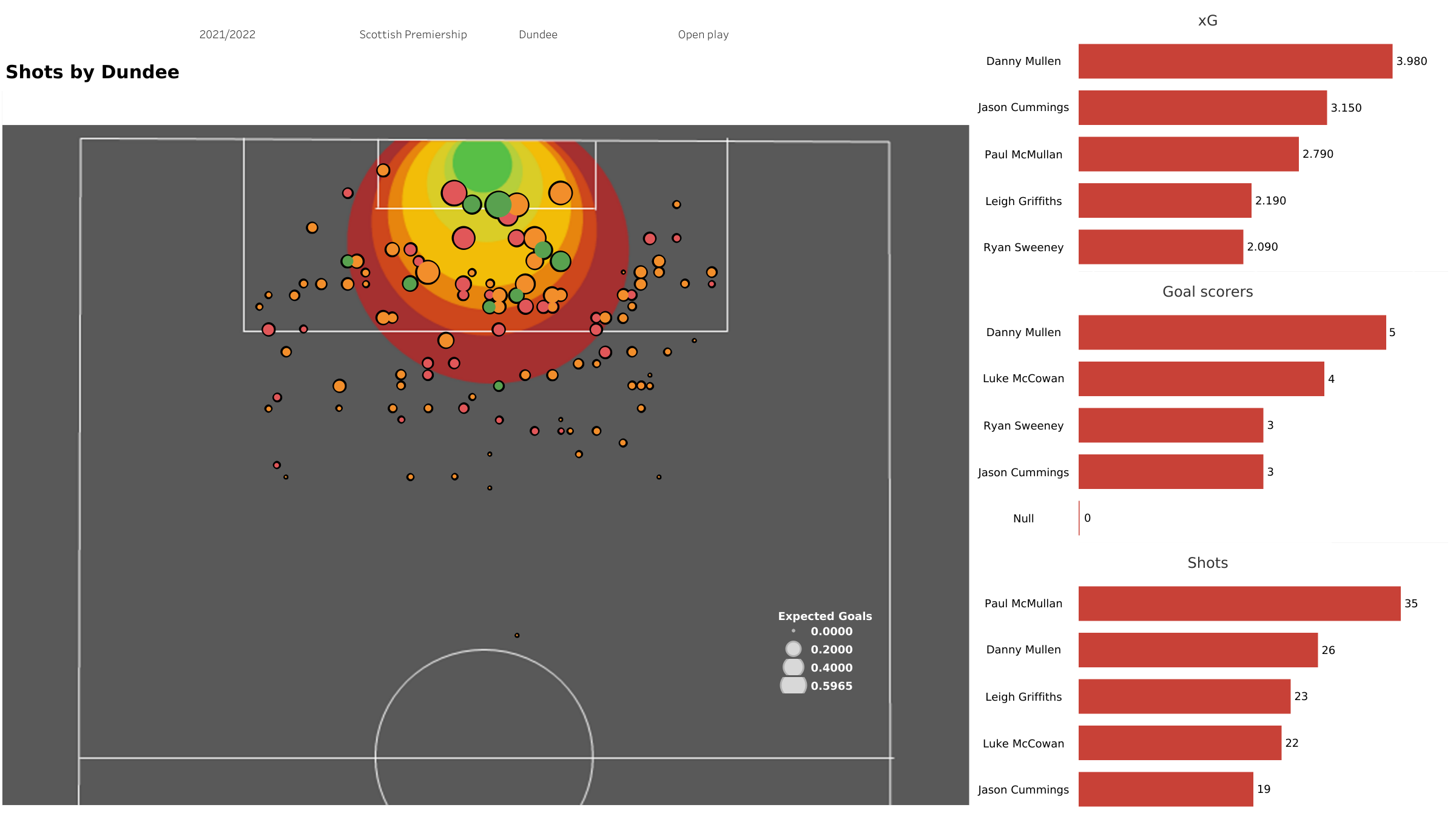 The home team attempted 255 shots, and 91 of them were on target. Of these 255 shots, 152 were attempted from inside the opposition’s penalty box, with 64 shots on target. The above viz shows all the shots attempted in open play. We can observe that Dundee have scored very few goals from open play and have struggled in front of the goal. Paul McMullan has attempted the most shots for his side but has only scored a single goal.

Due to fitness issues, Lee Ashcroft and Danny Mullen are still unavailable for Dundee. Danny Mullen is their top goalscorer and would be a big miss. 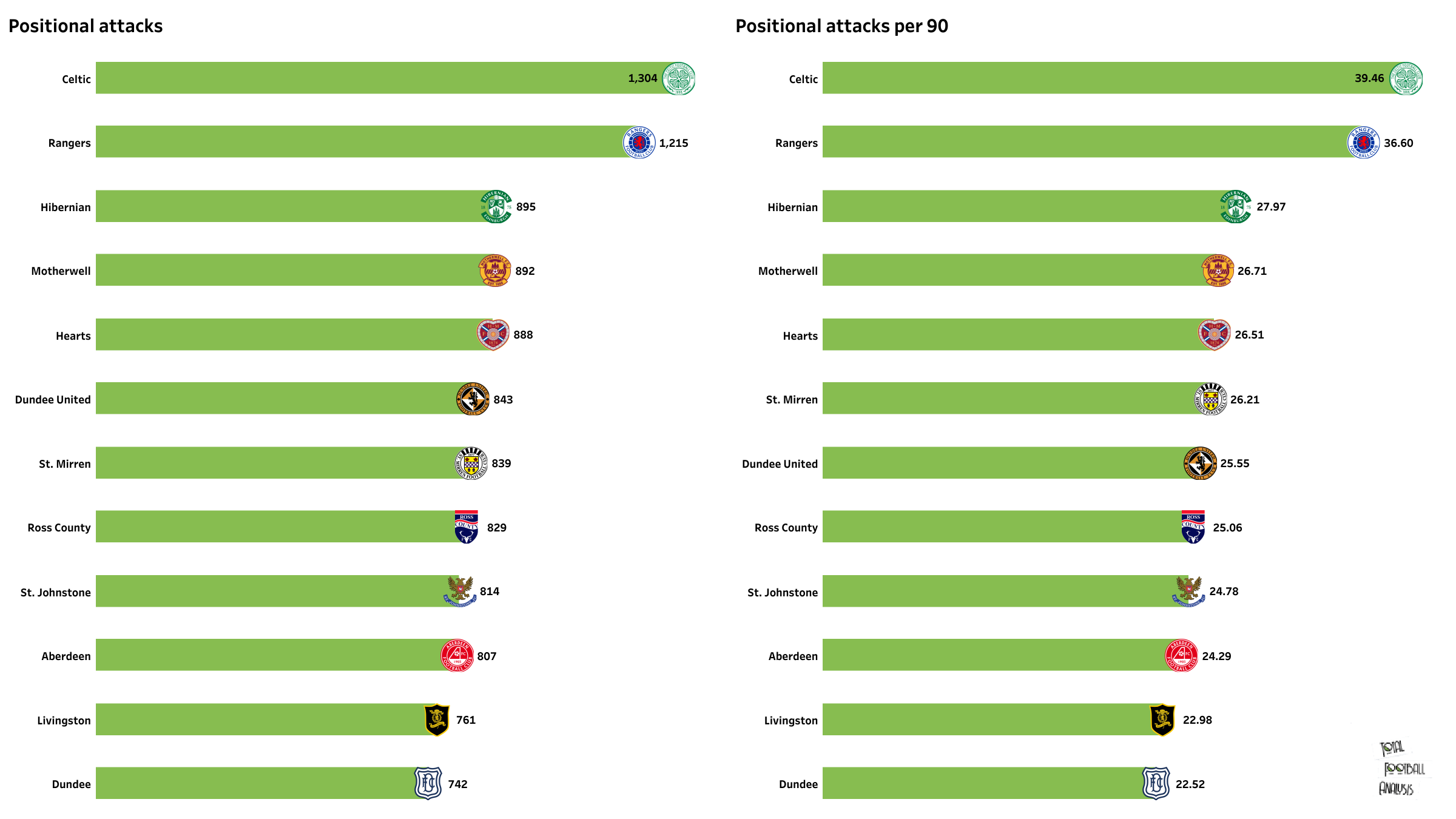 Aberdeen are two places above Dundee and earned a 3-1 victory over Hibernian in their previous match. The Dons have won nine of the 34 games played and lost 14.. They have scored 36 goals with an xG rate of 38.04 and conceded 39. The above viz shows that both teams have struggled to create positional attacks in the league this season. Aberdeen have created more positional attacks than only two teams, with one of those teams being Dundee. 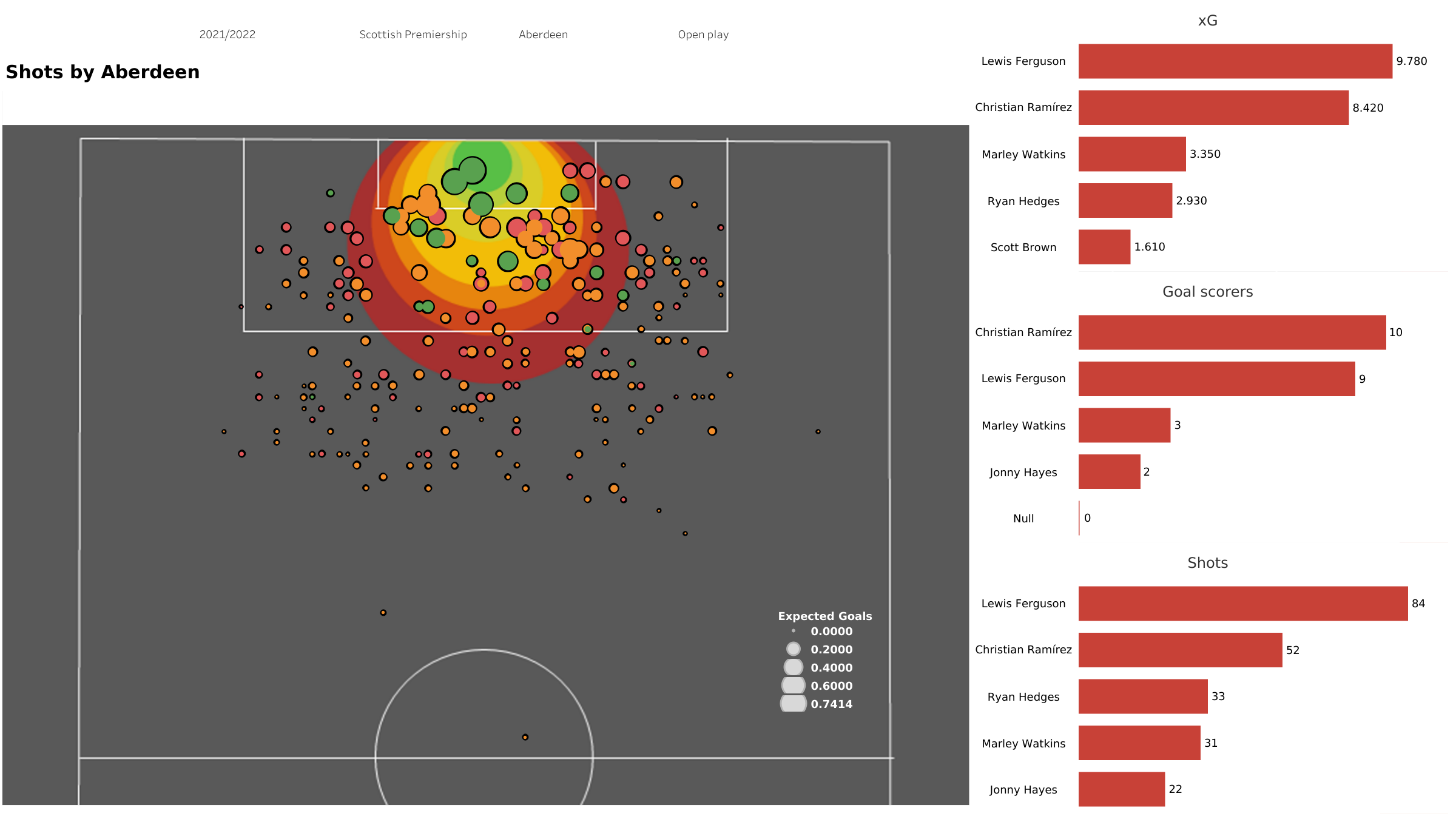 Aberdeen have been a better attacking side than their weekend opponents. The Dons have attempted 364 shots, and 137 of them have been on target. A total of 193 shots have been attempted from inside the opposition’s penalty box, and 92 of them were on target. From the above viz, we can observe that Aberdeen like to score a few goals by putting the ball into the opposition’s 6-yard box.

Andy Considine returned to the squad before the international break and could get more minutes on the pitch. Mikey Devlin and Matt Kennedy are still recovering from their respective injuries.

Aberdeen will go in as the favorites to win this match. They are the better attacking side and have the momentum going into this match. Dundee are winless in their last six league games and have only won two points. A win for Aberdeen would be a huge step towards ensuring safety.