Hibernian will travel to face the bottom of the table side, Dundee, in the Scottish Premiership. The hosts suffered a humiliating 0-4 defeat in the last match against Livingston and have now lost back-to-back games in the league. Hibernian, on the other hand, kept Celtic quiet and played out a goalless draw against the league leaders. Both teams have won one, drawn two, and lost three of their last six matches in the Scottish Premiership and will look to return to form. 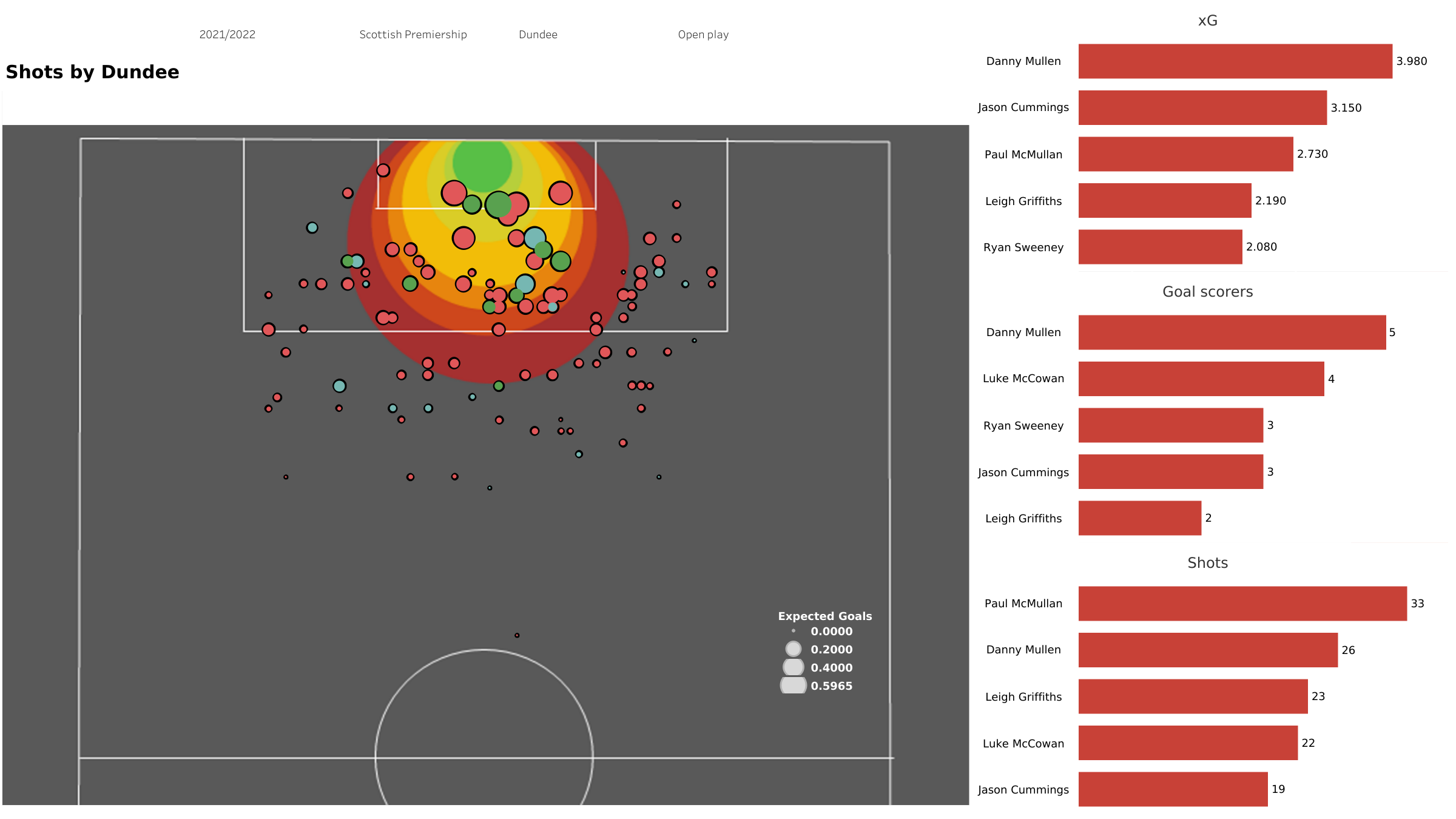 Dundee sit at the bottom of the Scottish Premiership with five wins, six draws, and 16 losses in 27 games. They have managed to score 23 goals with an xG rate of 22.08. Dundee have the worst defensive record in the league, conceding 49 goals with an xG rate of 45.21. The Dee have attempted 231 shots and average more than eight shots per 90 minutes. They have managed to hit the target 86 times. Of these 231 shots, 138 shots have been attempted from inside the opposition’s penalty box, with 61 shots on target. The above map shows that Dundee have attempted a few shots from open play, and most of the shots have been attempted from the right side. 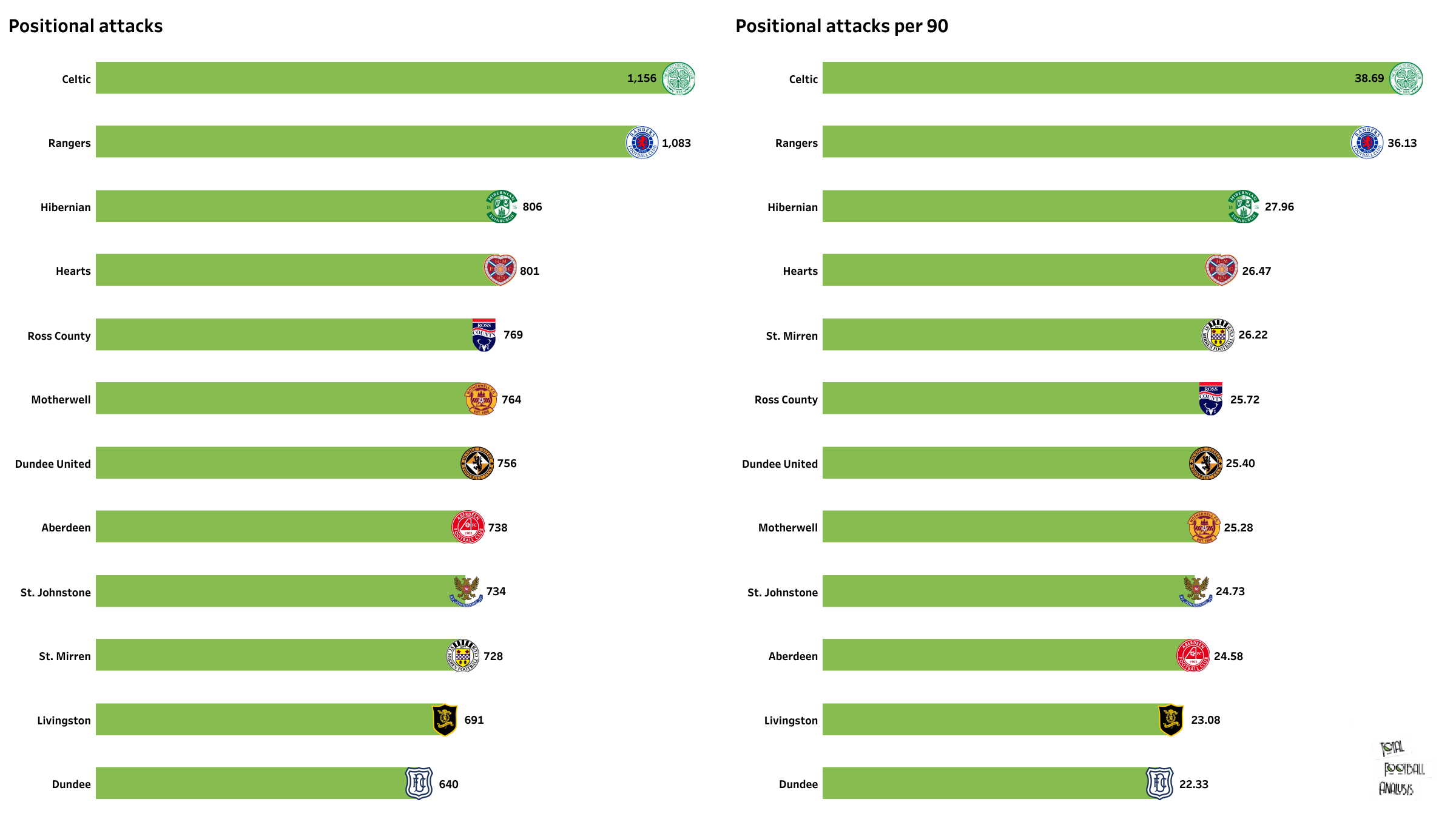 Dundee is ranked at the bottom for creating positional attacks this season. The home team has attempted 125 shots with these many positional attacks. Other than this, they have attempted 42 counterattacks. Danny Mullen is the top goalscorer with five goals, followed by Luke McCowan with four goals. 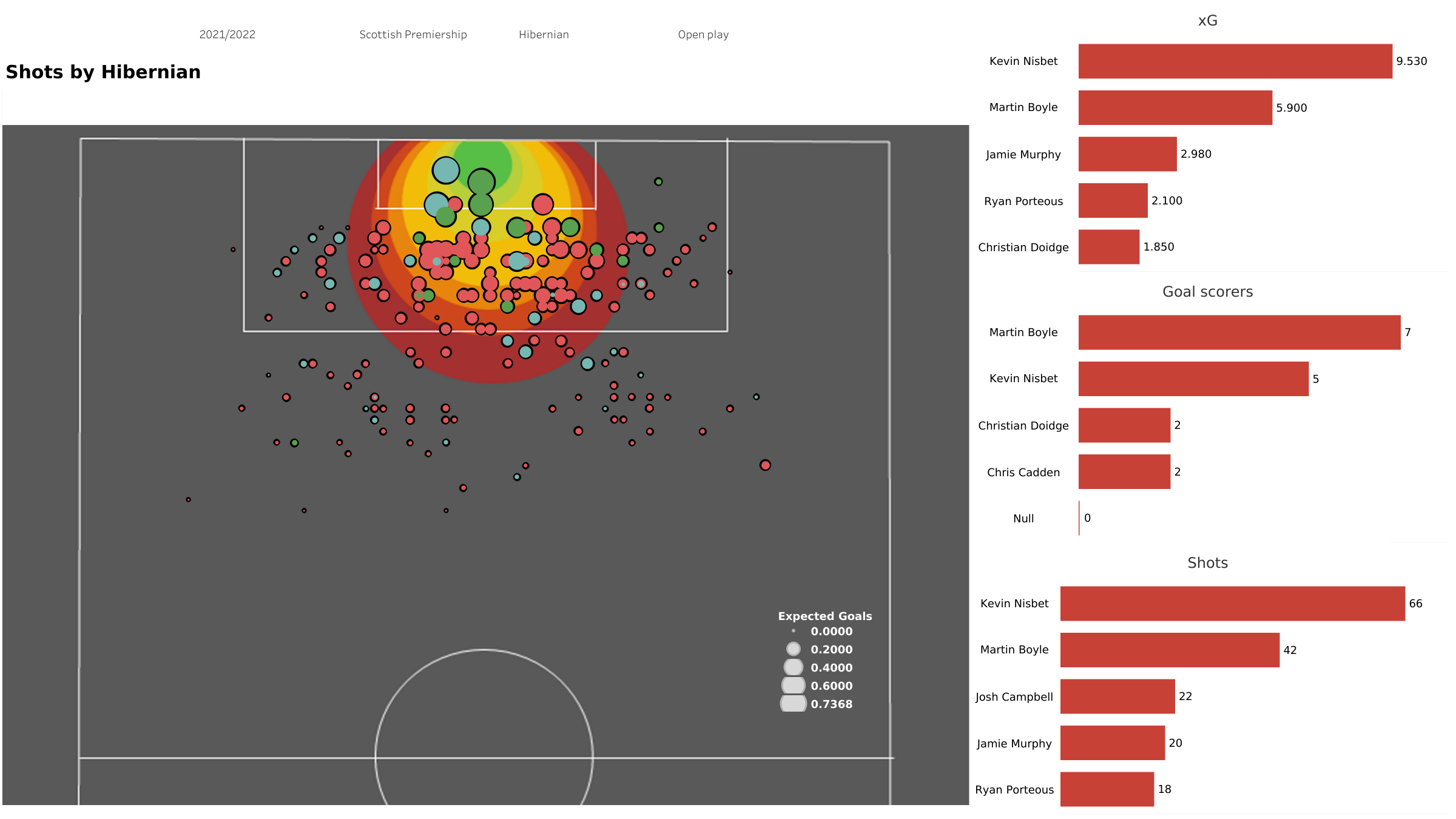 Hibernian sit fourth in the league table with nine wins, eight draws, and 11 losses. They have scored 28 goals and conceded 30. The overall xG rate of the team is 33.94, and the xGA rate is 26.63. Hibernian have attempted 288 shots, with 92 of them being on target. The Hibs have attempted 186 shots from inside the opposition’s penalty box, and 69 of them have been on target. The above viz shows that Hibernian players like to get inside the box and then attempt a shot towards the opposition’s goal. 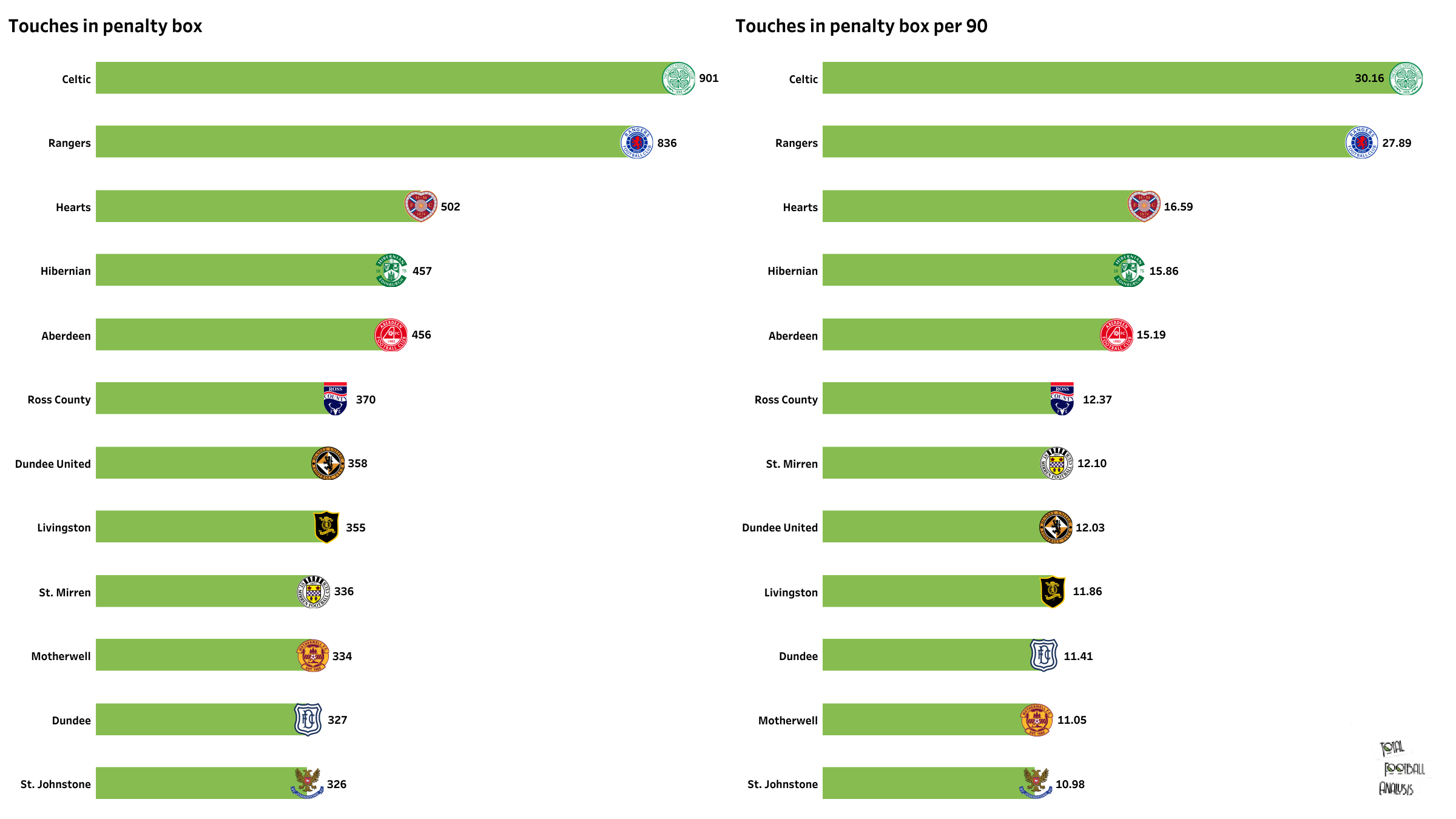 Hibernian have created the third-highest number of positional attacks this season. They are one of the best attacking teams this season. The above viz shows that Hibernian have taken 467 touches inside the opposition’s penalty box. Their opponents have struggled in comparison to them and have taken 130 fewer touches than them. Martin Boyle is the highest goalscorer with seven goals. Kevin Nisbet has attempted the highest number of shots and has managed to find the back of the net five times.

Hibernian will go into this match as the favorites. They have a good defensive record and are a better attacking side than their opponents. Dundee have struggled to score goals as well as maintain consistency this season. They will try to earn points for their survival in the top division.