Scottish Premiership bottom of the table side Dundee will host Rangers in round 31 of the competition. Rangers are looking to catch Celtic, who are at the top of the table. Dundee’s stay in the top flight is looking a bit difficult and a defeat against Rangers will worsen their record. Both teams enter this match with very different motives, and Rangers have the upper hand over their opponents. 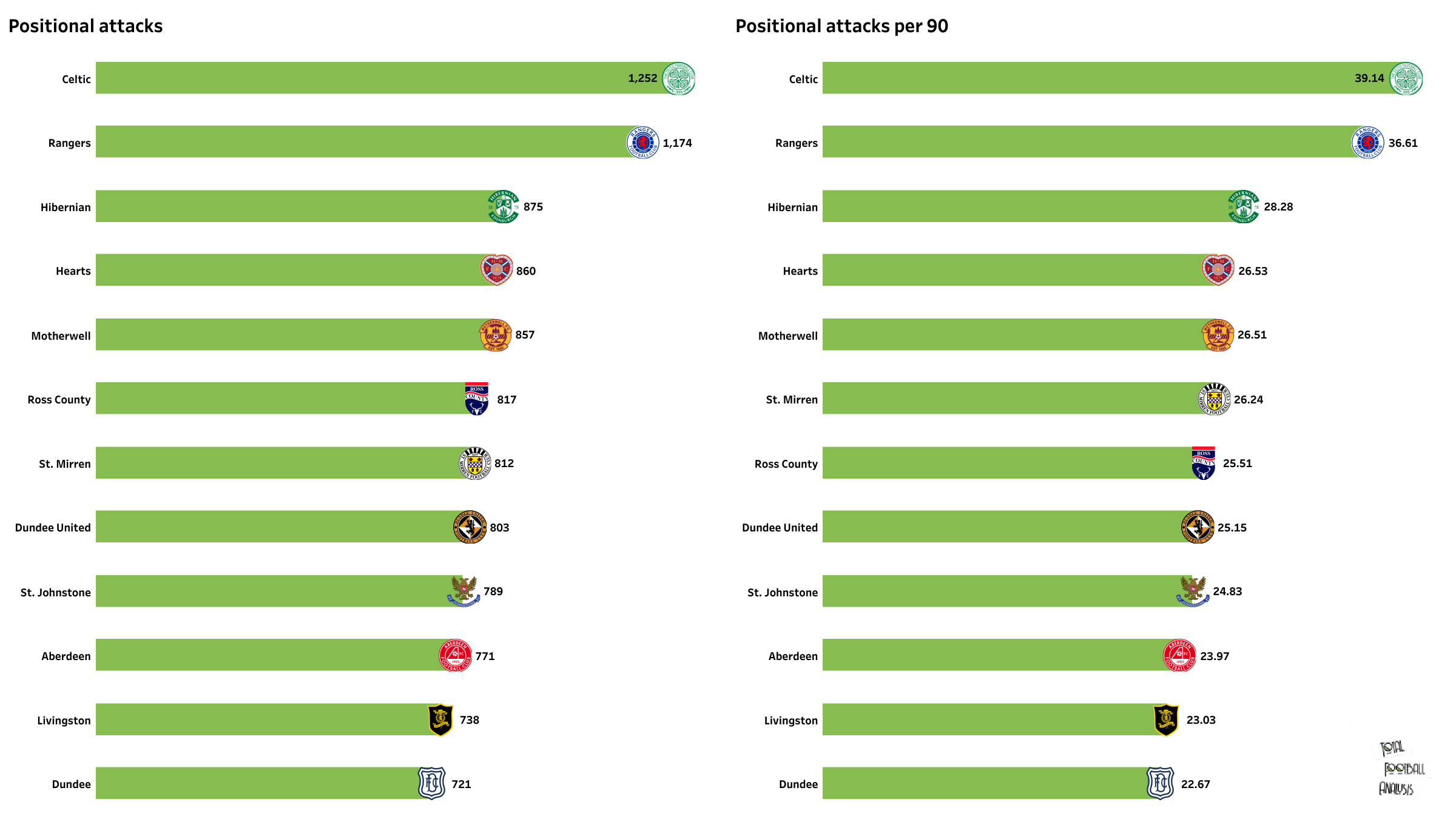 Dundee have lost 17 matches, more than any team in the league. The bottom side have played 30 matches and won only five of them. They have managed to score 24 goals with an xG rate of 23.81. However, they have the worst defense in the league, and the team has conceded 51 goals. The above chart shows that Dundee have failed to create attacks this season. They have created the lowest number of positional attacks in the league. Along with this, the counterattack count is 42 this season, and Dundee average 1.32 counterattacks per 90 minutes. 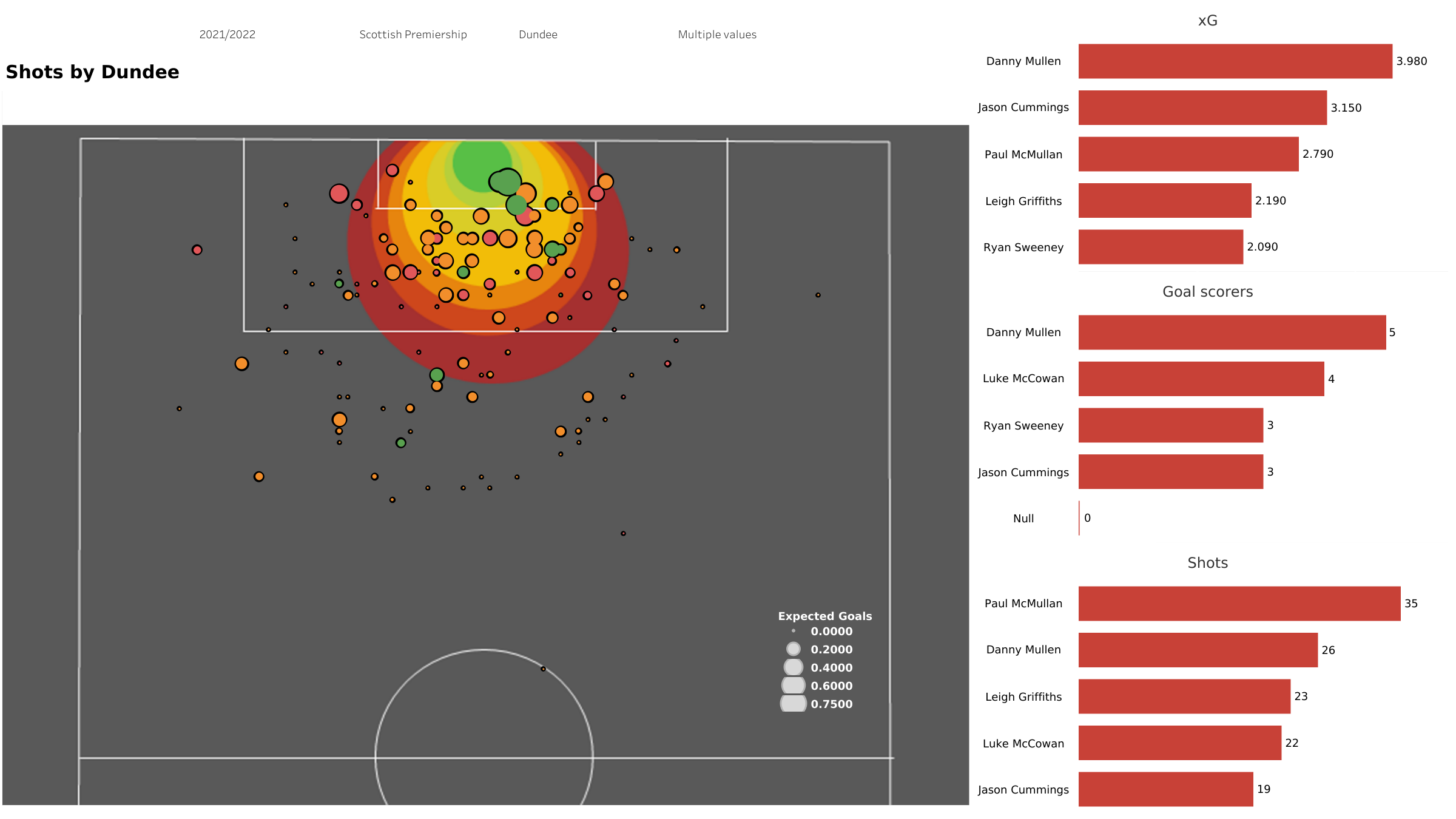 Overall, Dundee have attempted 252 shots with an average of around eight shots per 90 minutes. Of these 252 shots, 90 have been on target. A total of 150 shots have been attempted from inside the opposition’s penalty box, and 63 were on target. The above map shows all the shots attempted from set-pieces except for the penalty spot. Dundee have managed to find the back of the net on a few occasions, but have struggled to attempt a lot of shots. 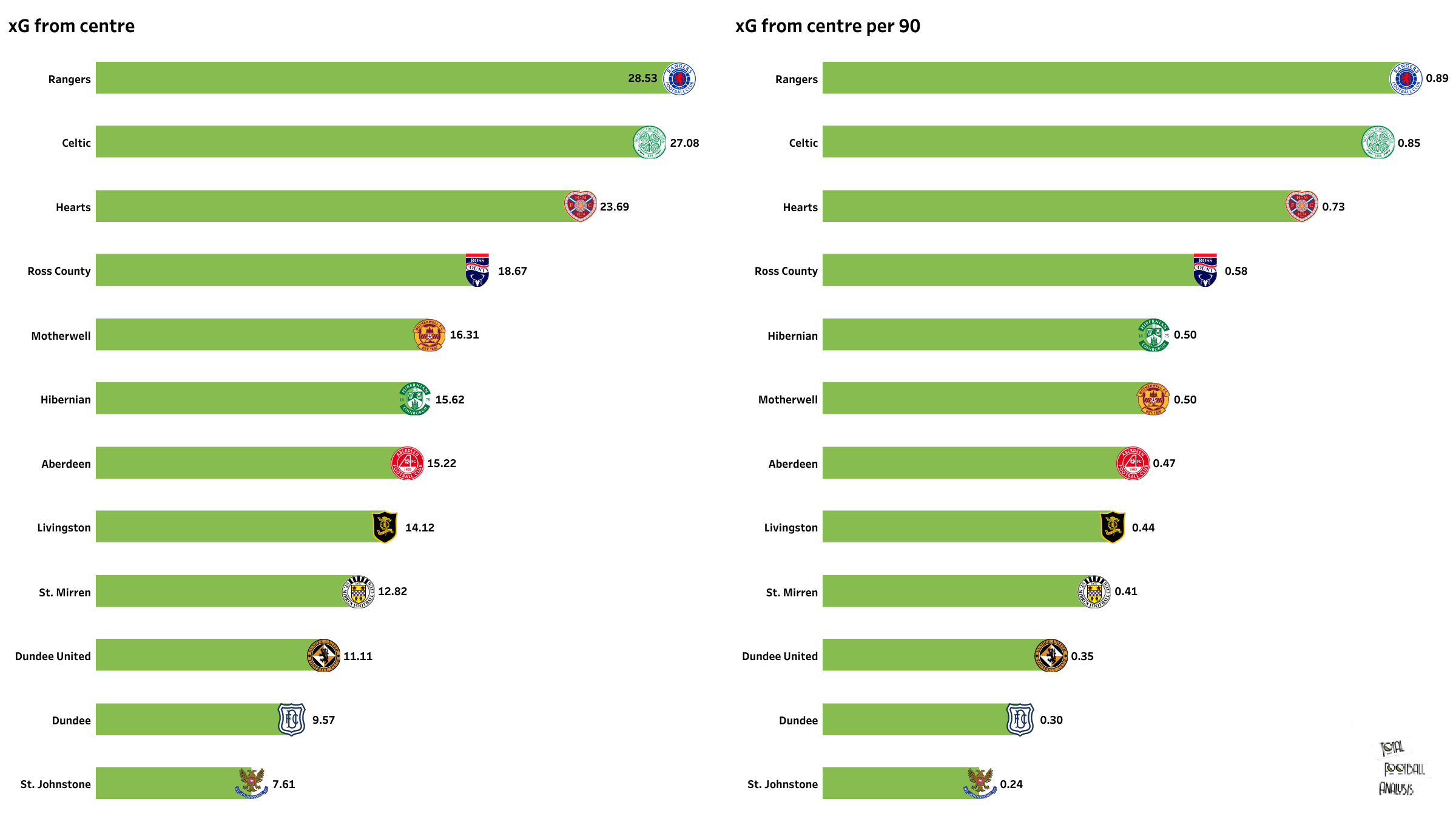 Rangers will be high on confidence going into this match after they qualified for the final eight in the UEFA Europa League. They have won 21 games, lost two, and drawn seven matches this season. They have scored 60 goals with a high xG rate of 61.99 and conceded only 24 goals. The above viz shows that Rangers have created the highest xG rate from the centre of the field. They are a very attacking side and have made 1,174 positional attacks. Rangers’ full-back also provides width to their attack and has created threats from the wider sides. 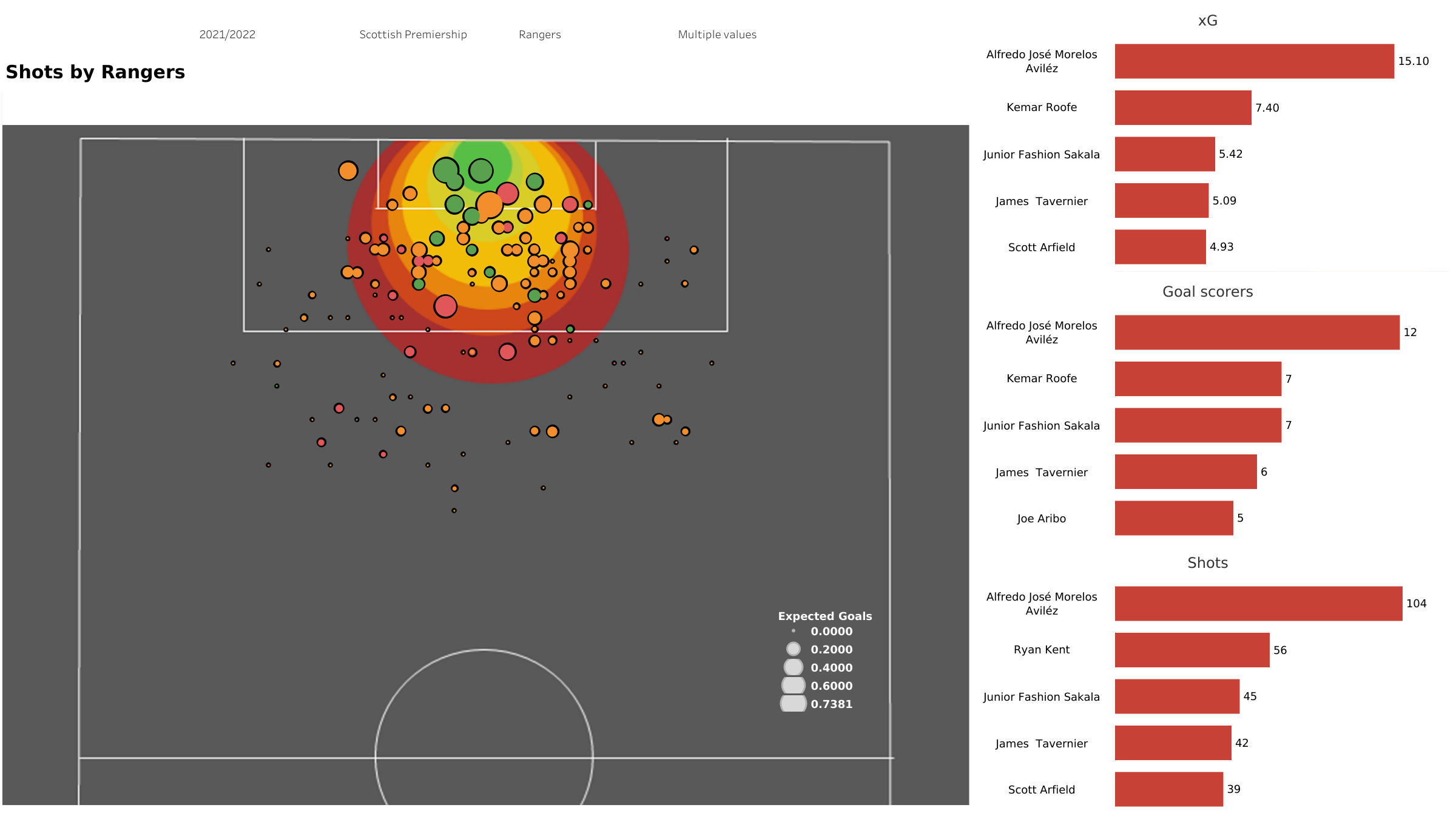 Rangers average 16.87 shots per 90 minutes and have attempted 541 shots this season. Of these 541 shots, 189 of them were on target. The defending champions have attempted 195 shots from outside the opposition’s penalty box and have managed to hit the target 56 times. This is the highest number of shots on target from outside the box in the Scottish Premiership. The above shot map shows all the shots attempted from set-pieces, and Rangers have attempted the highest number of headed-shots this season. They have managed to find the back of the net on a few occasions and possess a great threat in the air.

Rangers go in as the favorites to win this match against a struggling Dundee side. The away team is the better attacking side, and their quality on the pitch will be a great differential. Dundee are likely to get relegated this season and will have a tough time against a strong opponent.