Seeking to pick up their fourth consecutive win in all competitions, Celtic visit the Tynecastle Park Stadium to face Hearts in Round 23 of the Scottish Premiership on Wednesday. The hosts, meanwhile, head into the game on a four-match winning streak and will look to keep the record running.

Hearts maintained their fine run in the Scottish Cup as they cruised to an emphatic 5-0 victory over Auchinleck Talbot last Saturday. Hearts are currently enjoying a strong run of form, having won their previous four matches in a row across all competitions, with the squad keeping three clean sheets in that period. However, it is not just defensively where they have been impressive. Hearts have found the back of the net 10 times across those games. With 39 points from 21 games, Hearts are currently third in the Scottish Premiership standings, nine points behind Celtic, who are in second place with 48 points. 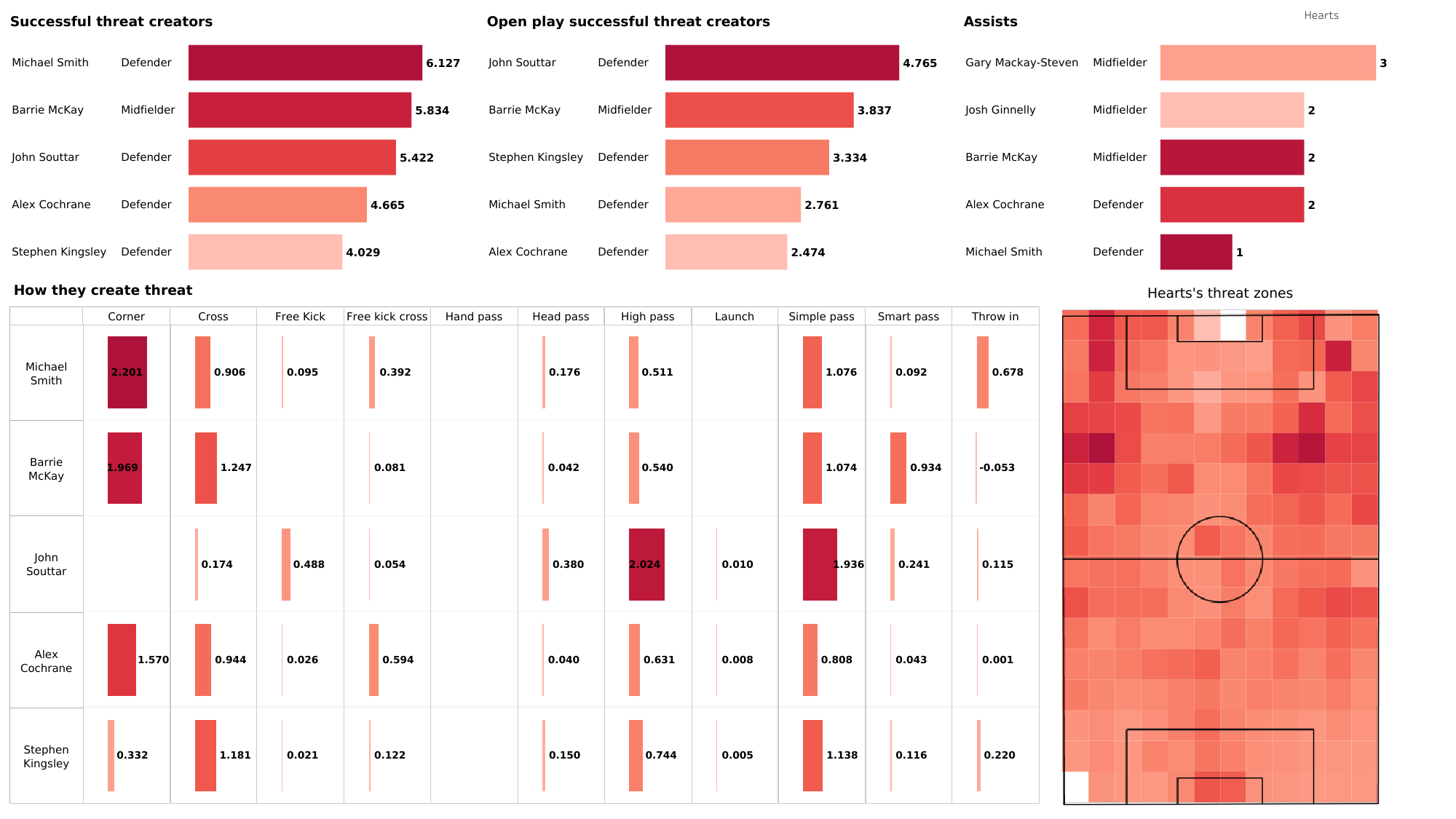 The above visual shows us the xT creation zones as well the players who have generated the highest xT. Hearts have had several xT creation zones on both flanks, which indicates that they can play well from the wider areas of the pitch. Michael Smith has generated the highest overall xT for his team so far, with an xT value of 6.127. Most of the xT generated has been from corners as he is on corner duty for the Hearts. Gary Mackay-Steven has provided the most number of assists for his team.

On the other hand, Celtic progressed to the next round of the Scottish Cup last time out ​as they claimed a 2-1 victory at Alloa Athletic. Ange Postecoglou’s men are now unbeaten in their last 11 matches in all competitions, claiming 10 wins and one draw in that time. 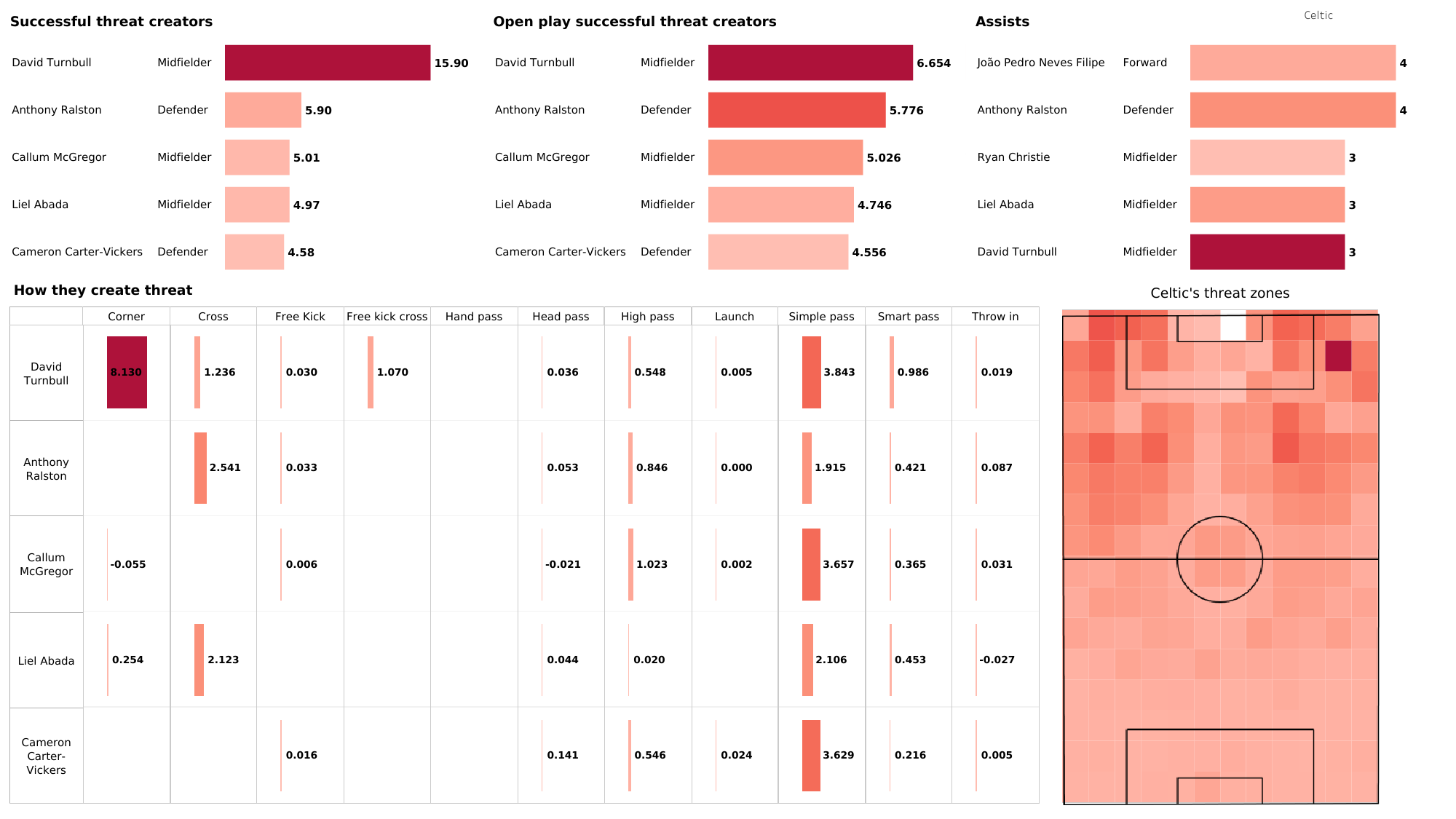 The threat zones chart indicates that Celtic have created most of their threats from the right side this season. Midfielder David Turnbull has created the highest threat with his passing as well as from the corners he has taken. Turnbull has provided three assists so far but will be missed in this game as he is currently injured. 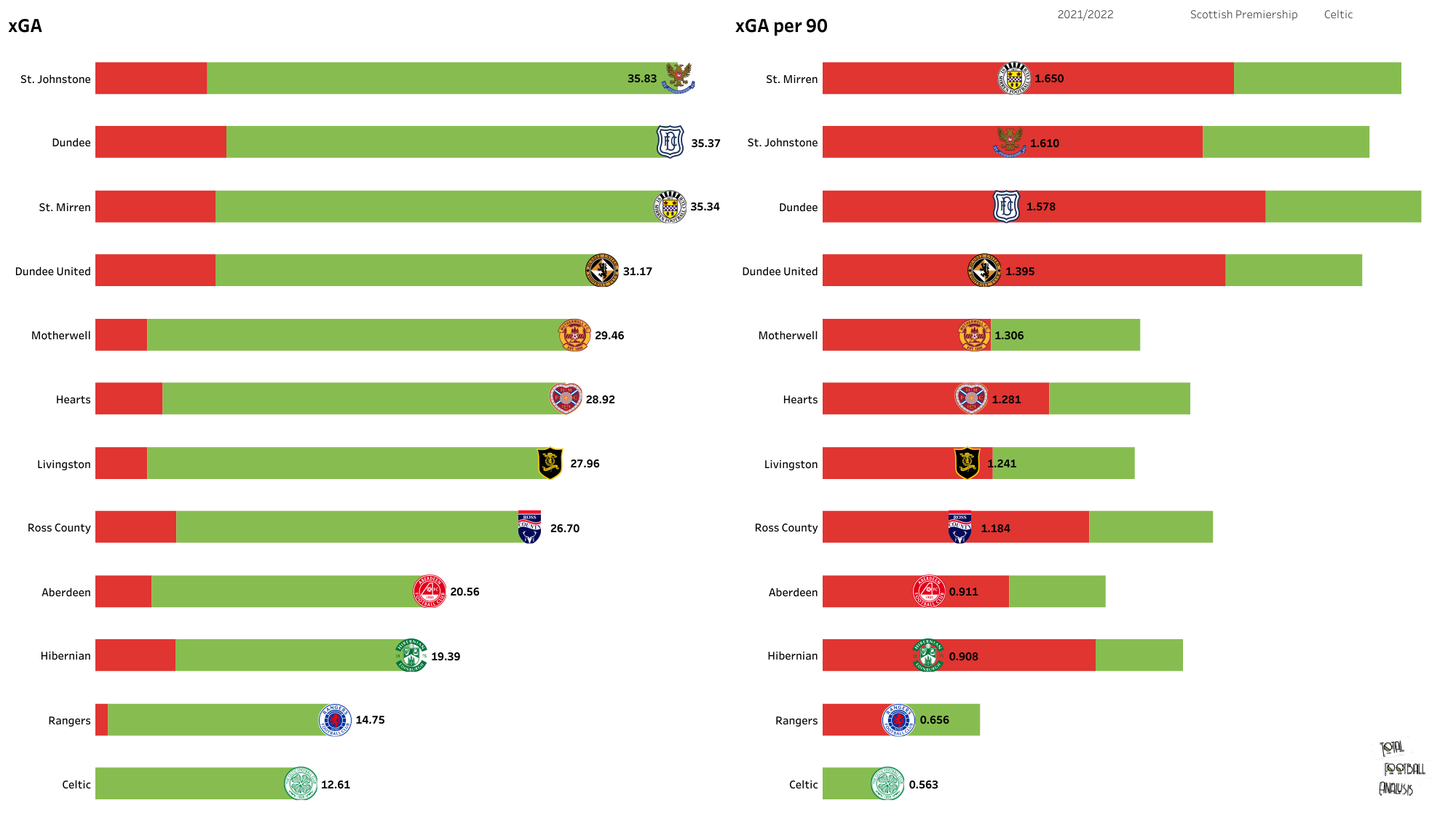 The squad have found the back of the net 44 times this season in the league, which is more than any team, while they have also conceded the least amount of goals. The above visual indicates that they have the lowest xG against them. Celtic’s brilliant performances both offensively and defensively are something that have helped to push them up the table to be competitive with their rivals.

Karamoko Dembele, Kyogo Furuhashi, Albian Ajeti, and David Turnbull are currently recuperating from injuries and will be sitting out on Wednesday’s game.

Celtic have been utterly dominant in the history of this fixture and we are backing them to extend their dominance and come away with all three points. The Hoops sit four points behind league leaders Rangers, and they will be hoping to put some more pressure on Rangers.