Hearts will look to return to winning ways when they take on Livingston in the Scottish Premiership. The hosts are on a three-match unbeaten run, but dropped two points in their 2-2 draw against Dundee United. Livingston, on the other hand, suffered a 1-3 defeat against league leaders Celtic and will look to return to winning ways. Both teams are separated by 13 points in the league table. They have already faced each other twice this season in the Scottish Premiership, and Hearts have an upper hand over their opponents ,with two wins already this season. 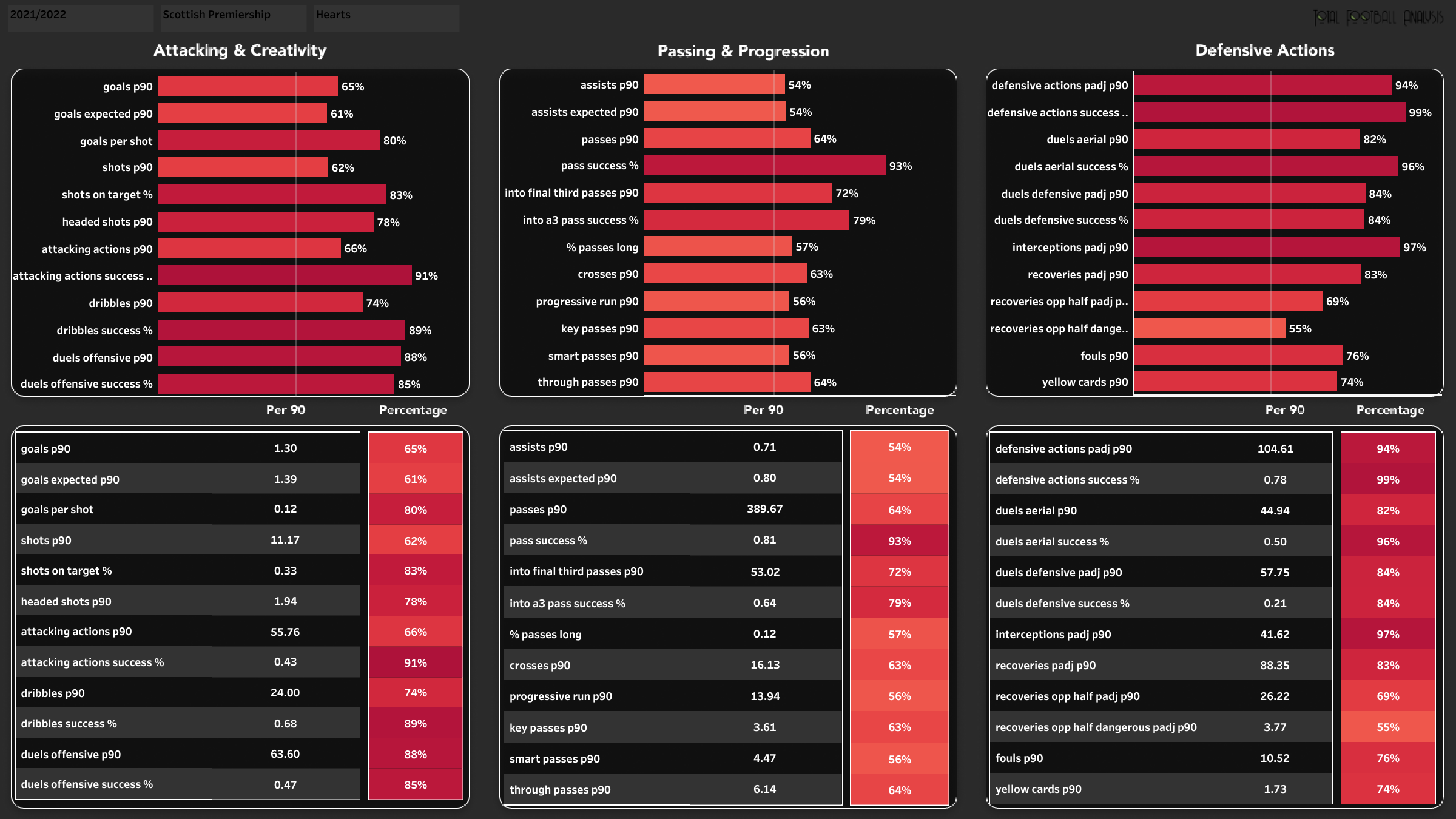 Hearts sit comfortably in the third position in the league table with 14 wins and eight draws in 30 matches played. They have managed to find the back of the net on 42 occasions with an xG rate of 45.08. In return, Hearts have conceded 31 goals. When looking at the above chart, the general rule is that the longer the bar, the better the performance — you can see the league average in the middle, and the % is the percentile rank the player is in. By looking at the attacking chart, we can observe that the home team has a high attacking action success rate amongst other teams in the league. Other than this, defensively, they have been strong and experienced a 78% success rate in defensive actions. 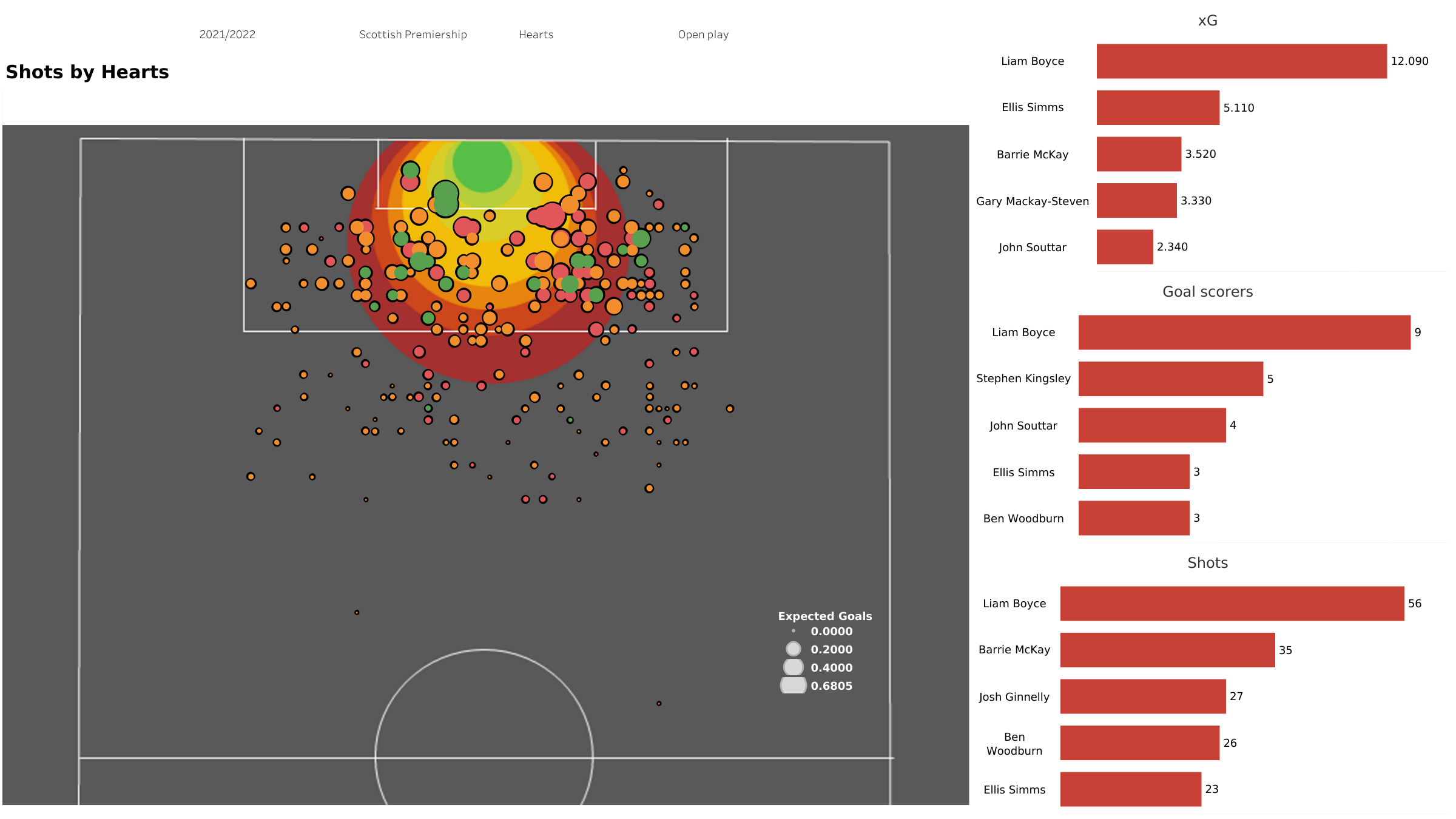 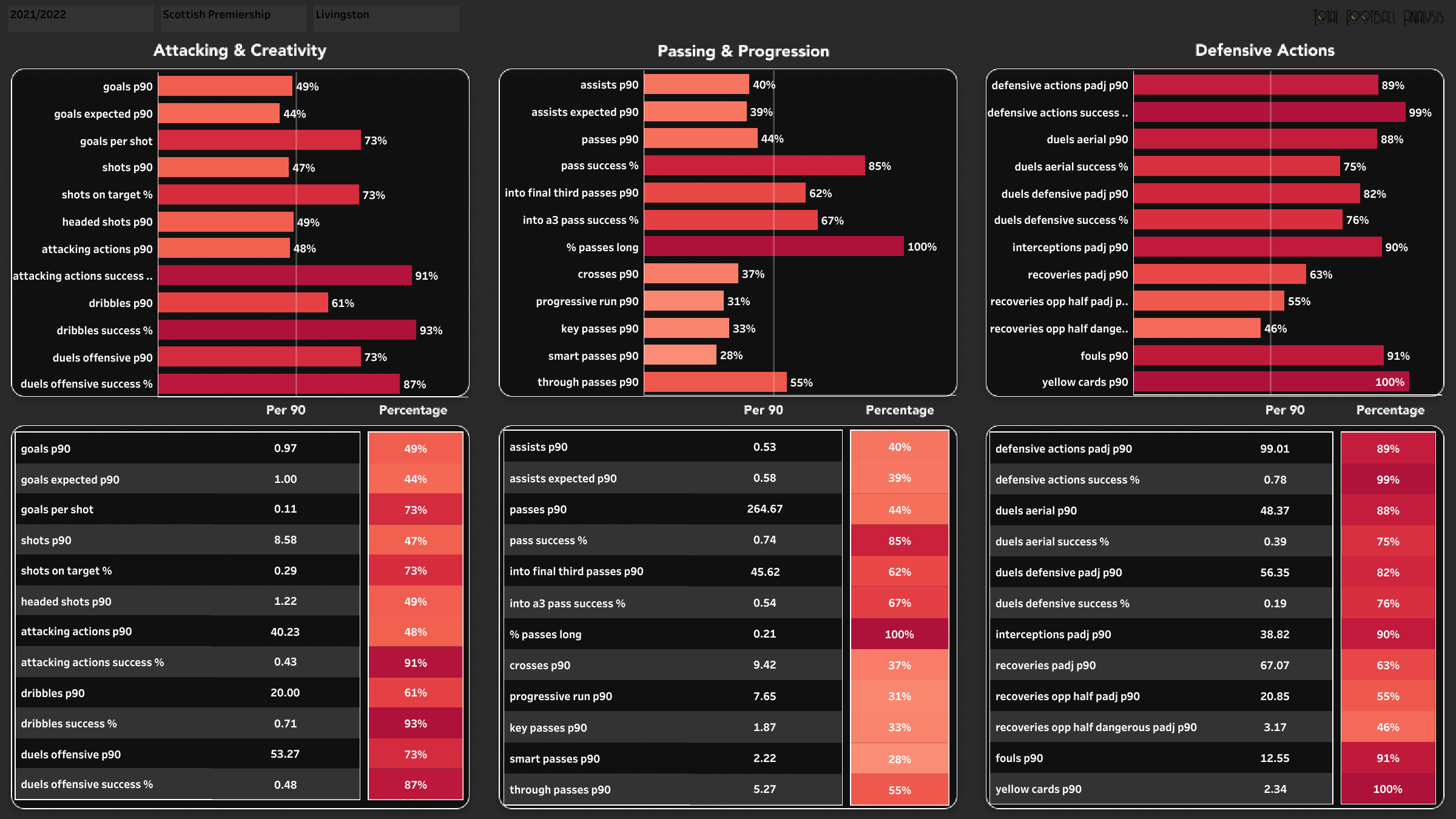 Livingston have won ten, drawn seven, and lost 13 matches this season. The away team has scored 33 goals with an xG rate of 32.13. The Lions have conceded 38 goals, with an xGA of 40.04. The above viz shows that Livingston have struggled to attack this season. When we look at the attacking and creative sides, their rank is below average. Passing has also been a concern, and the team relies more on long balls. Defensively, the rank is high, but Livingston players have taken the most yellow cards per 90 minutes. 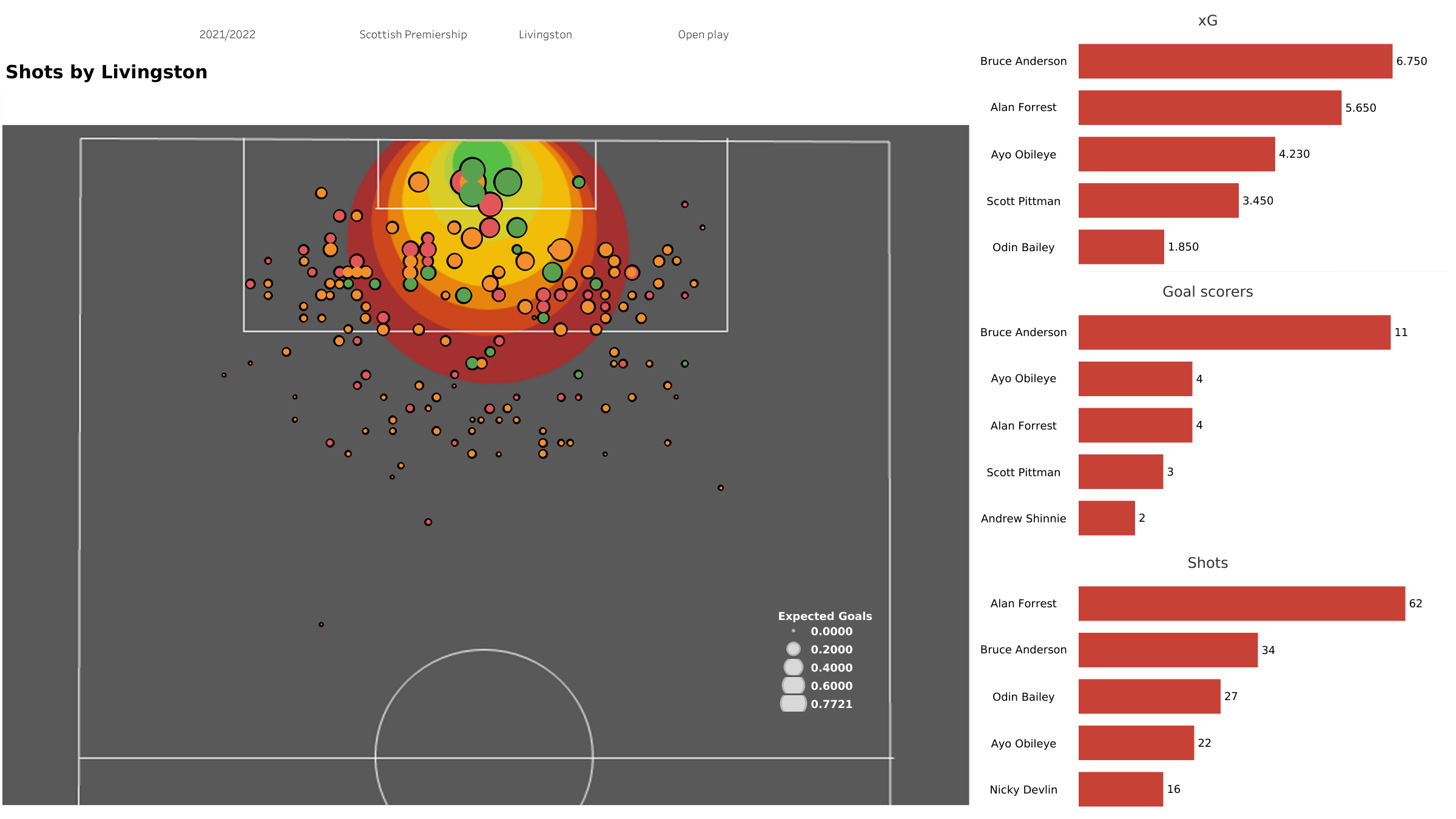 Hearts will go as the favorites in this game and could take three points from it. They have the home advantage and have defeated the same opponents previously.