Hibernian will host Hearts in an early kick-off on Sunday in Round 2 of the Scottish Premiership 2022/23 season. Both teams won their first match of the season and are looking to make it two wins in two matches.

Hibernian earned a narrow 1-0 victory over St. Johnstone in the last match. Josh Campbell scored a 90th-minute goal to earn three points for his side. Hibernian had 68.65% of ball possession, and the team attempted 13 shots. Their biggest struggle in the match was hitting the shots on target. Hibernian players only hit one shot on target, and that was converted into a goal.

Hearts won their previous match 2-1 against Ross County. They started the new season on a high note after finishing the last one in the third spot. The team had 57.77% of ball possession and attempted 13 shots with four on target.

Let us look at three key things that could happen when these two teams meet each other for the first time this season.

Hibernian started the previous match in a 4-2-3-1 formation. The manager decided to play with one striker, but his team failed to find the back of the net. In the last 15 minutes of the regular time, the manager changed the formation to 3-4-1-2. The team operated with two wing-backs, and that allowed Hibernian to create more chances. They might do the same if they go down a goal or two against Hearts.

Hearts, like their weekend opponents, also like to make tactical changes when things are not going their way. They started in a 3-4-3 formation but ended the match in a 3-4-2-1 formation. In the first two formations, the two players playing with the striker stay a bit wide. After making some changes, the manager shifts these two players behind the striker, and that allows the wing-backs to make forward runs. He might use the same tactics during different intervals in the match. 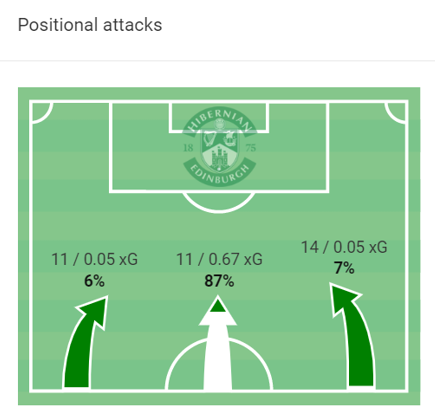 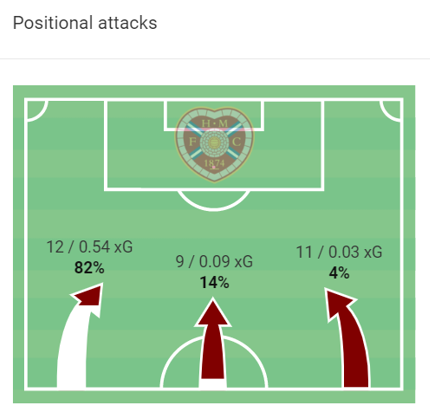 Both teams are likely to go with the same formation as there are no new injury concerns, and the managers will stick with the same players.

Hearts go as the favourites in this game. Both teams had a decent first game as started to build the momentum from last season. They would once again want to finish the season on a high, and six points in two games will do them a lot of favours.