Hibernian will host Rangers at the Easter Road Stadium for their Round 4 fixture in the Scottish Premiership. The hosts currently sit in the sixth position with four points in three games. Rangers, on the other hand, are unbeaten in the league and are just behind Celtic in the league table. Both teams faced each other thrice in the league last season, and Rangers had the upper hand with three wins.

Hibernian started the season with three points but dropped five points in the last two matches. They have scored three goals with an average xG rate of 1.65 and conceded the same number of goals. Lee Johnson’s side have played attacking football and will be confident against a top Rangers side.

Rangers sit second in the league table behind Celtic. Giovanni van Bronckhorst’s men have scored eight goals with an average xG rate of 2.09 and have only conceded once in the league.

Let us have a look at three things that could be expected from this match.

These two teams have shown a lot of attacking form this season. Hibernian have created more attacks than the opposition in their match, and Rangers have also done the same. 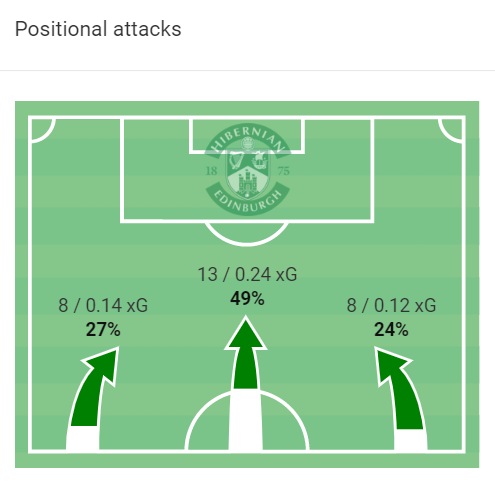 Hibernian averaged 30.33 positional attacks in the last three matches. Of these 30 attacks, around five ended with a shot towards the opposition goal. The home team also has an average of 13.7 shots per match but has only hit the target three times per match. The only concern for the manager is that his team has a low shot accuracy rate. The above viz shows that Hibernian were creative from the centre in their last match. 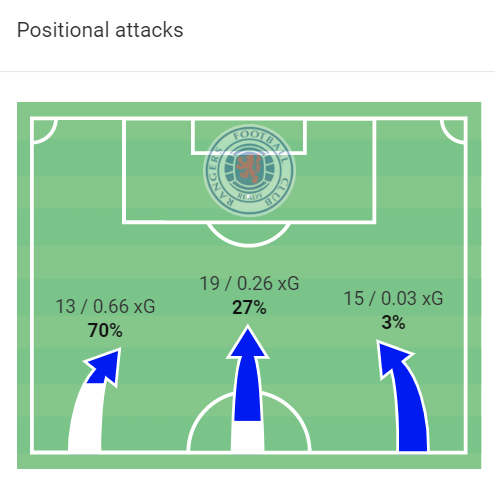 Rangers have a high positional attack rate of 45.67 per 90 minutes, with 11 shots attempted. Rangers have shown a lot of creativity from the centre as well as from the flanks. The Gers averaged 18.67 shots per match, with around six shots on target per match. They have been clinical with their finishing.

Both these teams will look to put pressure on the opposition and create as many chances as they can.

Hibernian have been pretty effective with their change in formation in the last three matches. The above viz shows the formation of the team in their last match. They started the last match against Livingston in a 4-2-3-1 formation. This was the same formation that the manager used in the first match of the season. After trailing 1-0 in the first half against Livingston, the manager shifted to a front two. Hibernian scored a goal just after three minutes into the change of tactics. His team has also played in a 3-4-1-2 formation and a 4-2-2-2 formation. Rangers will be ready for these changes and try to keep a clean sheet. 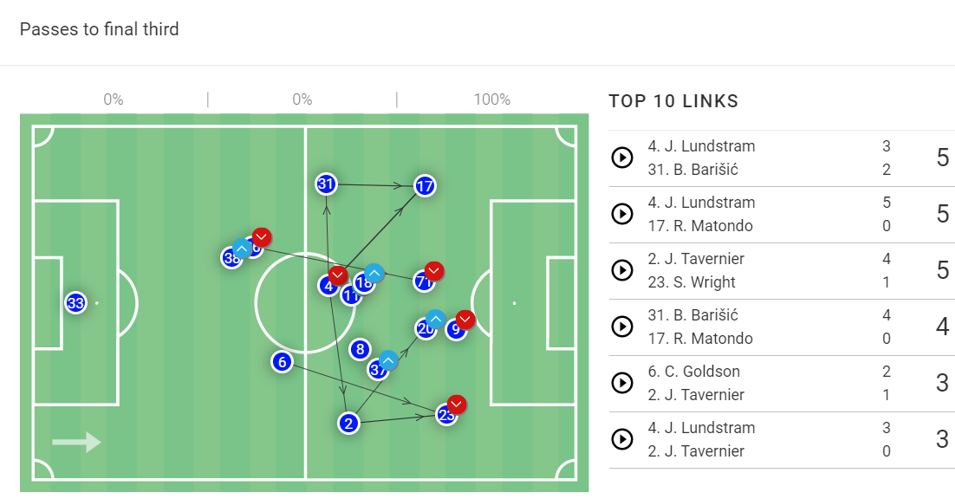 Hibernian’s Demetri Mitchell and Lewis Stevenson are expected to remain sidelined with hamstring injuries. Kyle Magennis is nearing a return to the team. Kevin Nisbet will be another notable absentee. He damaged his ACL and meniscus last March and is expected to remain out.

Giovanni van Bronckhorst will make a few changes to the starting XI due to the Rangers’ busy schedule. Alfredo Morelos might lead the line for the first time this season. Antonio Colak has played all the games and is likely to be rested for the midweek fixture against PSV.

Rangers will face one of the toughest seasons of their Scottish Premiership 2022/23 campaign. They face a Hibernian side that poses an attacking threat. Their tactical changes can trouble Rangers, especially in the second half. However, Rangers remain the favourites to win this match with their attacking threat and ability to break the opposition’s defence.