Kilmarnock will face back-to-back tests when they host Celtic in the third round of the Scottish Premiership. Last year’s Scottish Championship winners will go head-to-head against last year’s Scottish Premiership winners. Kilmarnock started the season with a draw but lost their previous match against Rangers. Celtic, on the other hand, began their season with two consecutive wins and will look to win three games in a row.

Kilmarnock have scored one goal this season with an average xG rate of 1.12. They were unable to create any threats in their 0-2 loss against Rangers the previous weekend.

Celtic have scored five goals in their first two games and conceded just one goal. Their average xG rate is 2.98, and Kilmarnock will find it hard to keep a clean sheet against such attacking opponents.

Let us have a look at three things that could happen in the match according to the data.

Celtic will dominate possession as well as create more attacks than their opponents in the game. They average 70.6% possession and have attempted more than 40 positional attacks in the last two games. With an average of 22 shots per match, the Celts have found the target on 16 occasions in both matches. The above viz shows the positional attacks made by Celtic in the last match. They created more chances from the right side. Daizen Maeda failed to make an impact. Liel Abada came off the bench and helped his side break the shackles. This is why the team attacked more from the right side.

Celtic’s high success rate in passes to the final third 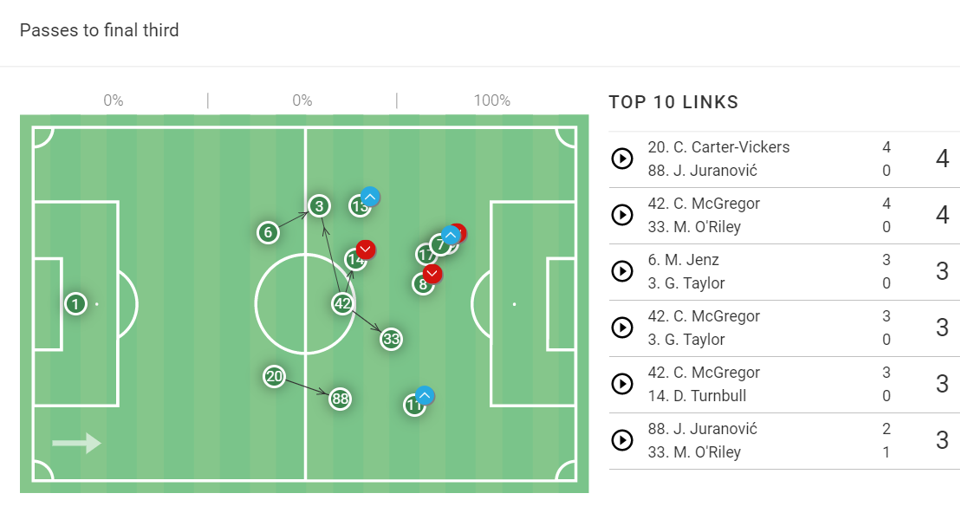 Celtic players average 653 passes with an 87.5% passing accuracy. They like to keep hold of the ball and look for openings in the defence. Ange Postecoglou’s men have the highest average for passes attempted to the final third of the opposition. They average 85 passes per match with an accuracy rate of 72.4%. The above viz shows the top ten links of passes attempted to the final third. Cameron Carter-Vickers found right-back Josip Juranović four times. Connor McGregor also found Matt O’Riley four times. It can be observed that most of the passes have penetrated the dangerous areas from the left side.

Can Celtic capitalise on Kilmarnock’s mistakes? 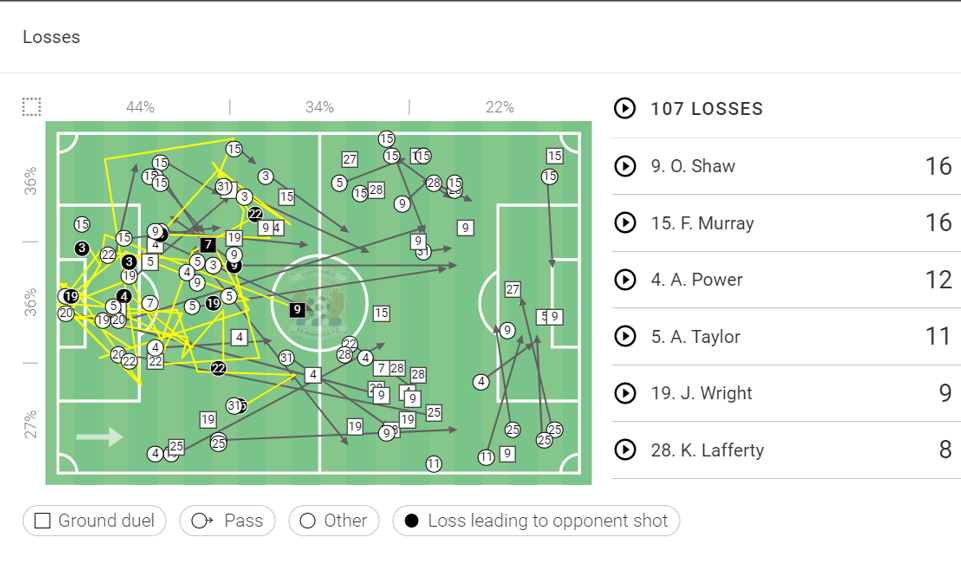 Kilmarnock had a decent game at home against Dundee United. The last game proved to be a test for the newcomers, and they struggled a bit on the field. Kilmarnock tend to lose the ball easily and average 108.5 losses per match. In the last match, they lost the ball 107 times, of which 38 occasions were in the defensive third. The opposition capitalised on the mistakes and attempted 11 shots. Some of the mistakes were made inside the opposition’s penalty box. 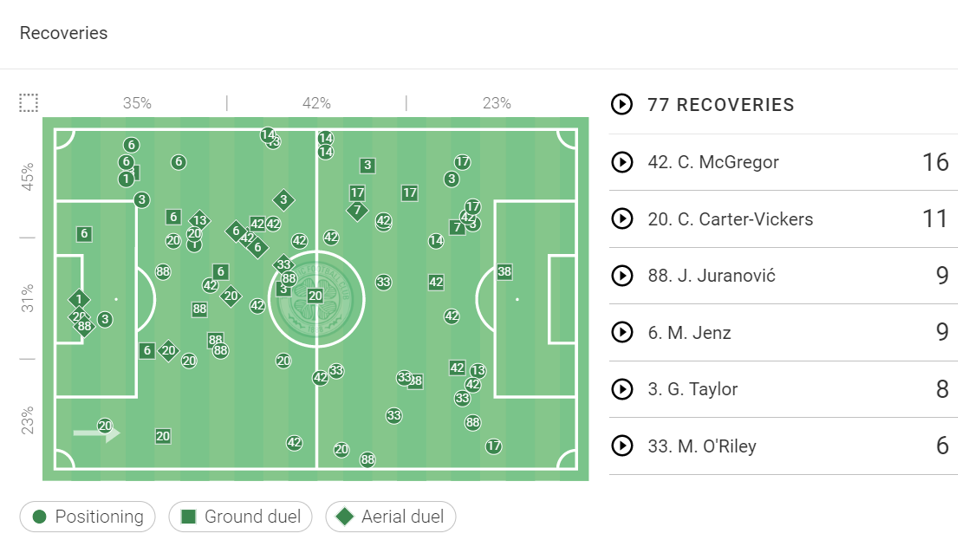 Celtic will look to capitalise on Kilmarnock’s mistakes. They average 86 recoveries, with 38.5 recoveries in the middle third and 21 in the final third. Rangers took advantage of the mistakes made by Kilmarnock, and Celtic, too, won’t let these opportunities go away easily. Kilmarnock’s manager needs to address the issue and hope that his players don’t give up a goal easily.

Kilmarnock will still be without Blair Alston, Zach Hemming, Chris Stokes, and Scott Robinson for this crucial match.

Reo Hatate is likely to miss this match due to injury. Ange Postecoglou might make a change by starting Liel Abada on the left instead of Daizen Maeda.

Celtic will be the favourites against the newly promoted team. Celtic are solid in the attack as well as in the defence. Their defence doesn’t concede goals that easily. Kilmarnock will defend their goal for most of the game, and they will try not to concede a lot of goals.