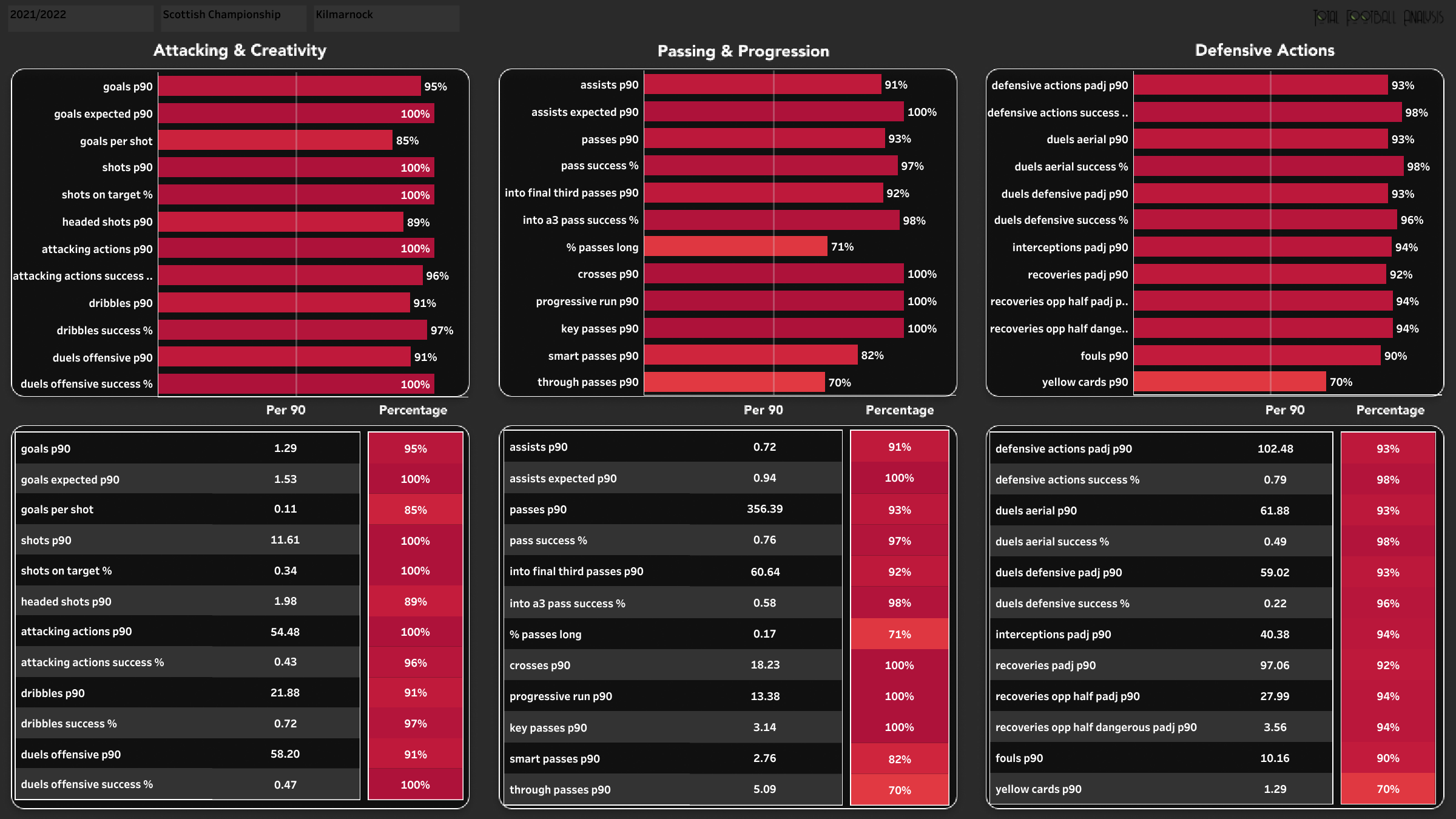 The above viz shows the attacking, passing, and defensive stats of the team. When looking at the above chart, the general rule is that the longer the bar, the better the performance — you can see the league average in the middle, and the % is the percentile rank the player is in. Kilmarnock had a very high percentile rank in comparison to the other teams in the league. They averaged more than a goal per 90 and had a high xG rate. Their passing was also good with pinpoint accuracy. Overall, the team showed dominance in the Scottish Championship.

Kilmarnock do not have any injury concerns in their team, and that is a great positive for the manager. They will go with their full-strength squad in this match. 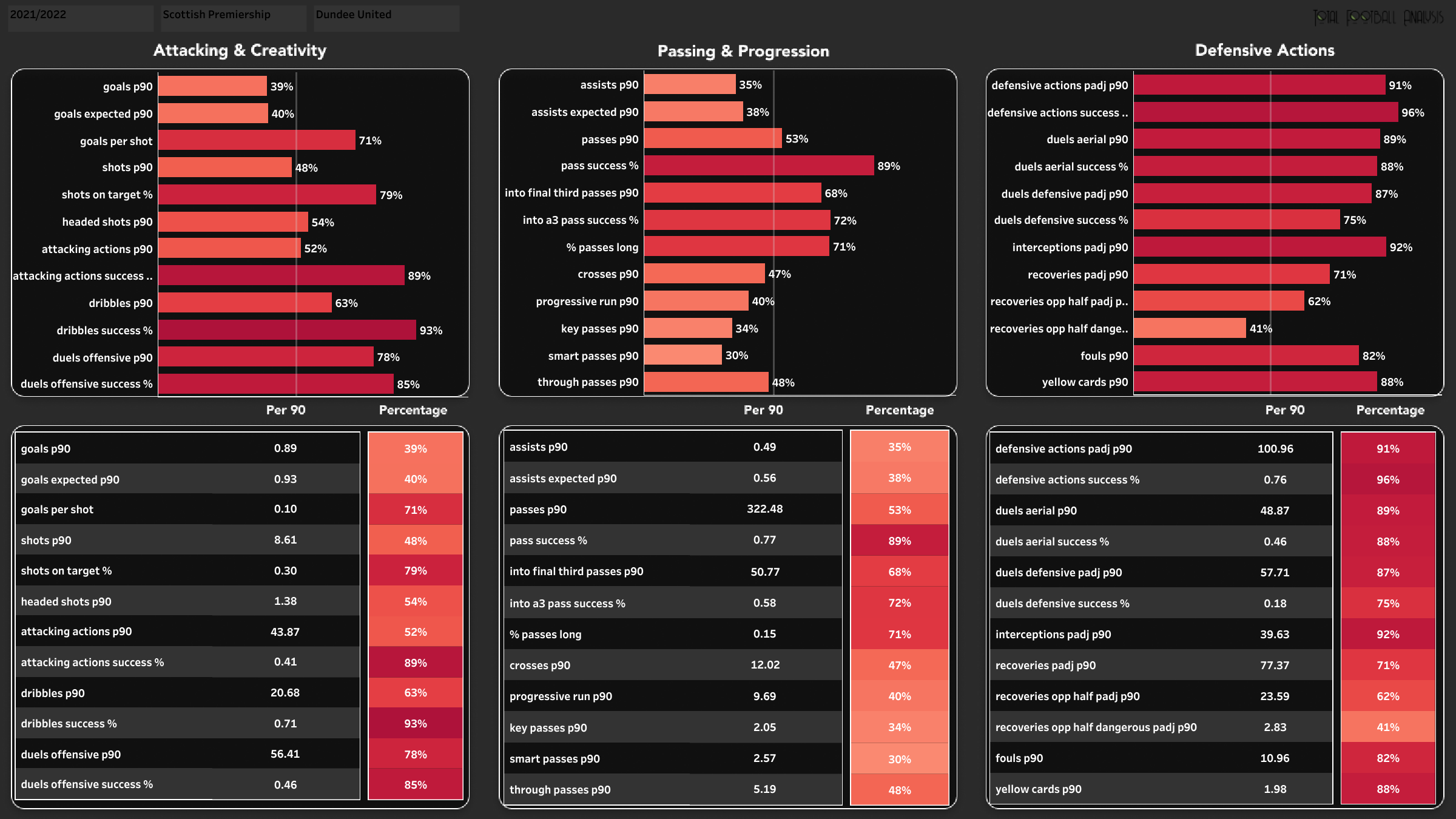 Dundee United ended the last season with 48 points. The team won 12, drew 12, and lost the remaining 14 matches. They scored the least goals amongst other teams that finished in the top four. Dundee United scored 37 goals and conceded 44. The above viz also indicates that the team lacked goal-scoring opportunities. They also struggled to pass the ball and were ranked below average. Defensively, the team was sound and had a high percentile rank. They had a high interception rate along with a high defensive success rate.

New signings, Craig Sibbald, Dylan Levitt and Steven Fletcher, will all be in contention to play the match.