The hosts will be looking to build on their 2-1 comeback victory over Dundee United at the same ground on Wednesday. A second-half own goal by Ryan Edwards and Scott Pittman’s first-half strike helped them overturn Liam Smith’s second-minute goal for the visitors. Livingston have climbed into the fourth spot on the Premiership table with 37 points from 29 games. The Lions are unbeaten against the table-toppers this season, winning one while playing out a goalless draw in their second game of the season. 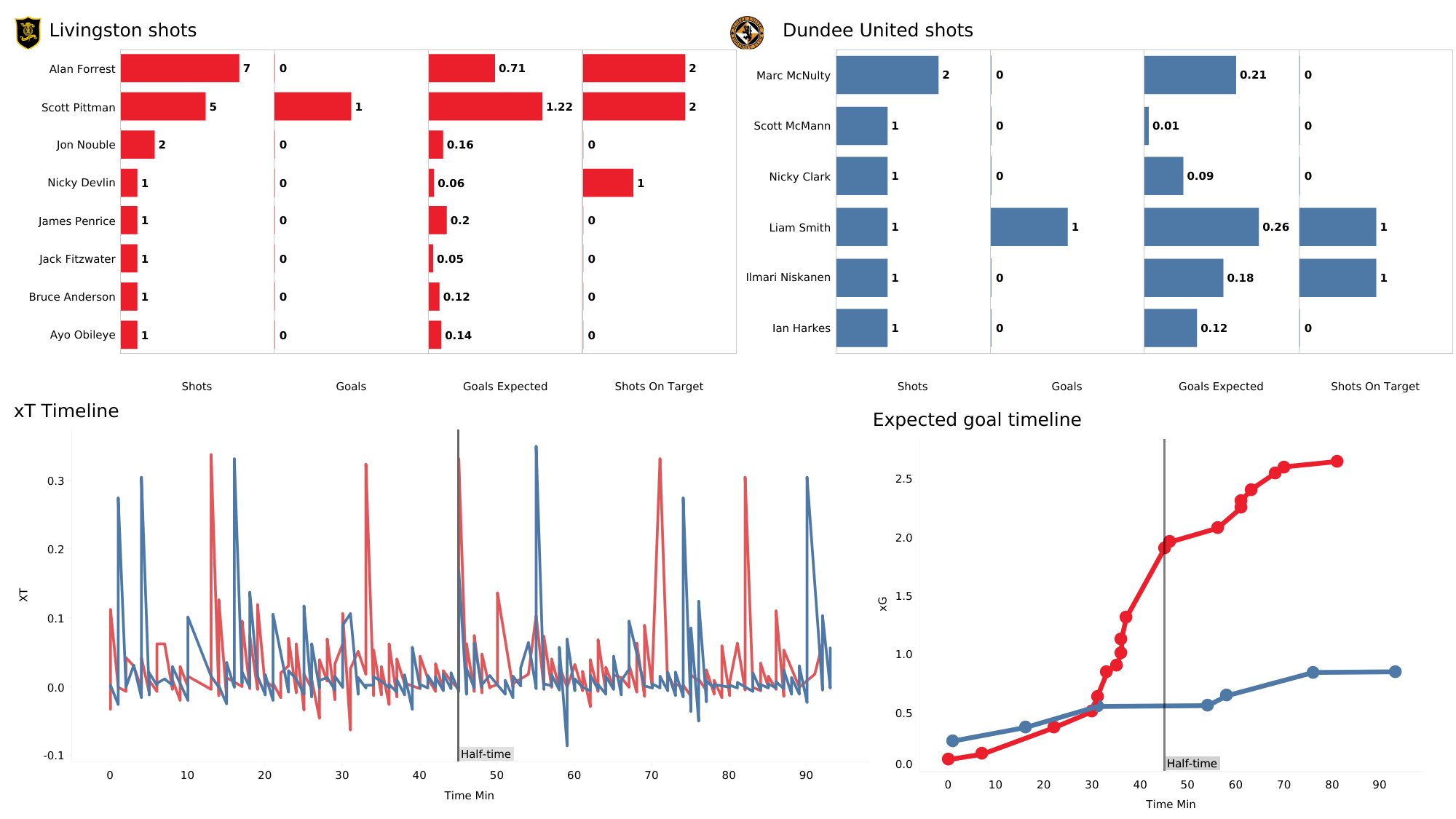 Livingston put up an impressive offensive display against Dundee United in their last game. The xG timeline for Livingston indicates how the Lions dominated their opponents and had a rising xG throughout the game. They ended the first half in a stronger position and maintained that tempo in the second half as well. 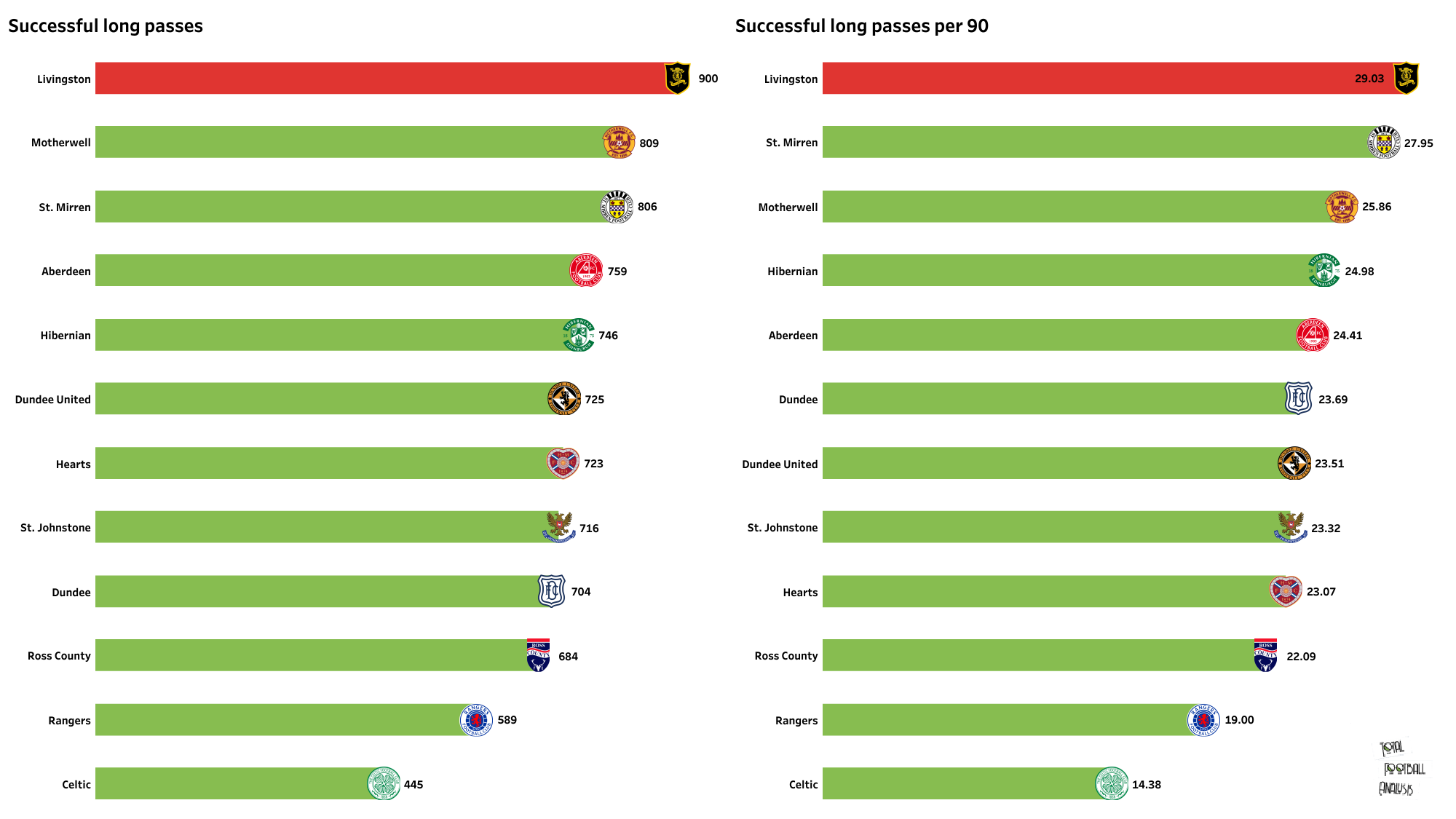 Livingston have completed the most number of long passes in the league so far. They have had 29.03 successful long passes per 90 minutes and this indicates that they can attack the Celtic defense by playing more long balls towards the wings.

Celtic have been extremely dominant within the Scottish Premiership this season, losing just three games throughout this campaign, with their last defeat in the league taking place back in September. They secured a routine 2-0 victory over St. Mirren at home in their previous Premiership fixture. Cameron Carter-Vickers and Callum McGregor scored second-half goals to guide their side to victory. The win helped Celtic maintain their three-point lead at the top of the table. The Celts are now on 70 points from 29 games, three points ahead of Rangers who are in second on 67 points. 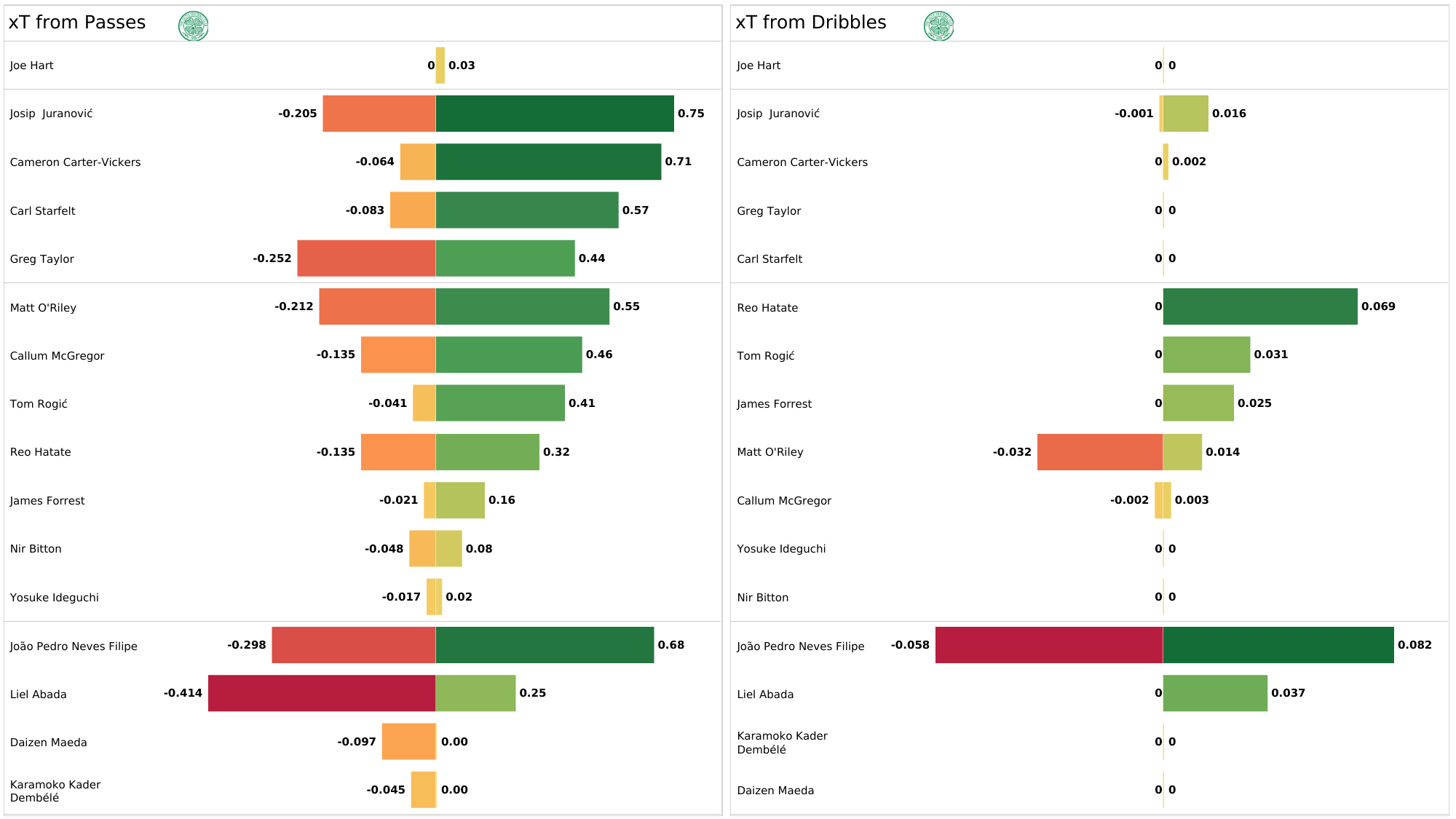 Celtic had a frustrating first half against St Mirren as the Bhoys struggled to find the back of the net despite several efforts on goal. They finally found the back of the net through a Carter-Vickers strike in the second half. Portuguese winger, Jota, generated the highest overall xT in the game as he had a high xT from his passes as well as the dribbles he attempted. 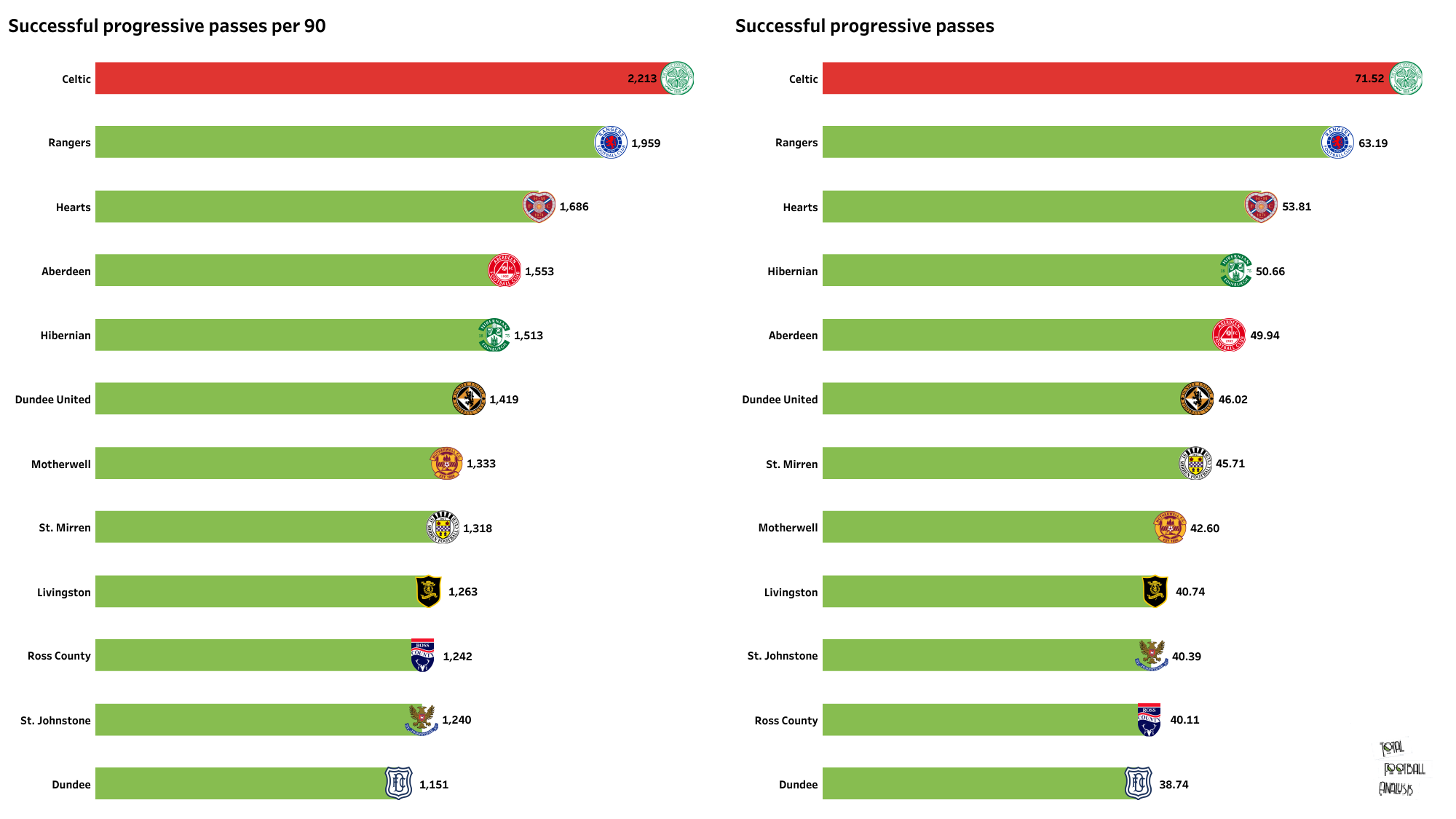 Livingston have been in great form recently, but Celtic are still expected to secure all three points. They would not want to lose points at this crucial stage of the season when Rangers are just three points behind them on the table.