Livingston ended a three-game winless run in all competitions with a comfortable 4-0 victory against Dundee at Dens Park on Saturday, which was their biggest top-flight win since December 2019. Livingston have accumulated eight points from a possible 15 in their last five games, and have a tally of 34 points from the 28 games they have played. 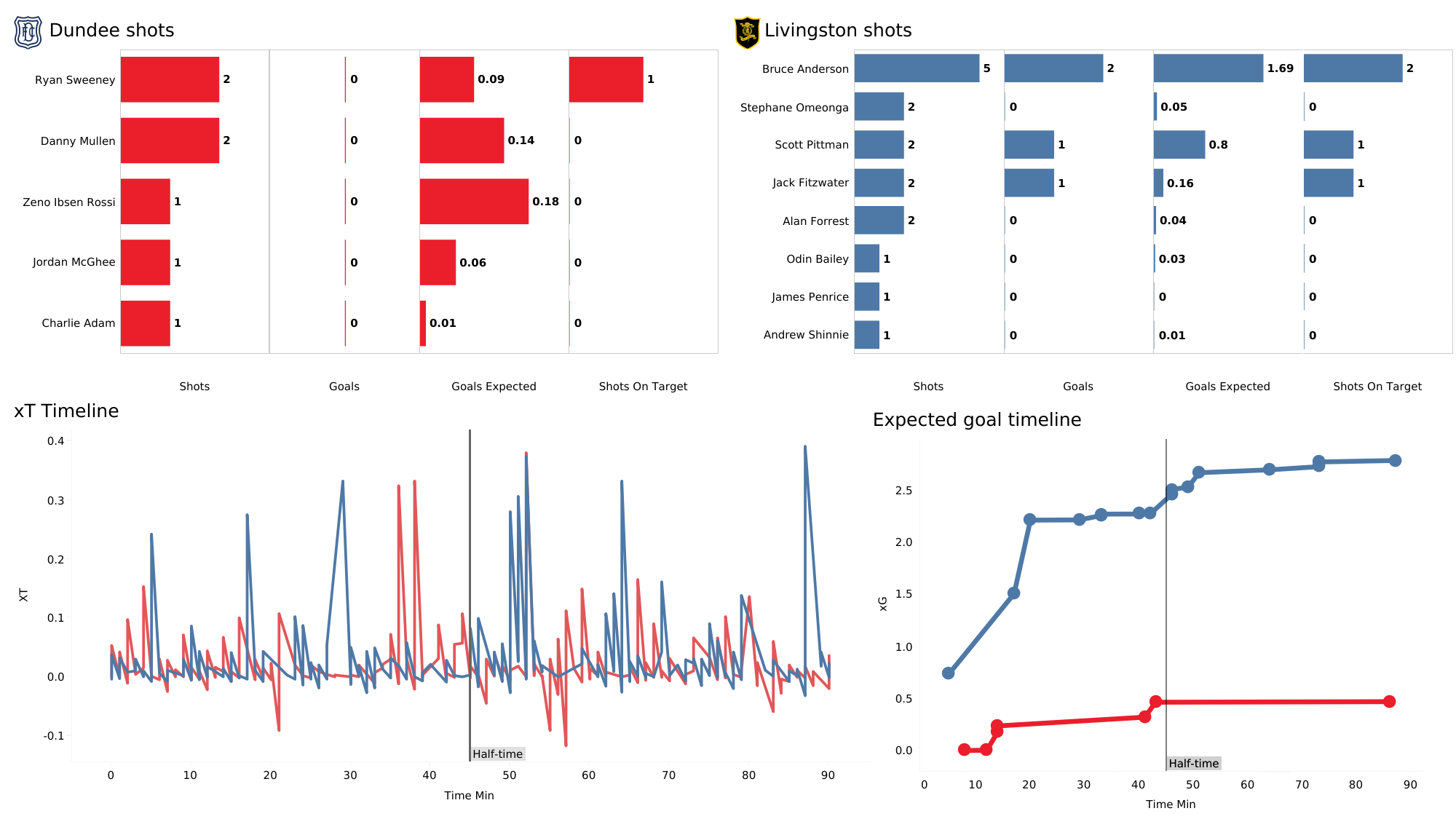 The above visual shows us the attacking metrics for Livingston from their previous league game against Dundee FC. The xT and xG timelines indicate that Livingston were on top from the beginning of the game as they took a 3-0 lead in the first 21 minutes of the game. Bruce Anderson attempted five shots on goal and scored two goals for the Lions. Livingston also did well defensively as they only allowed Dundee one attempt on goal in the second half. 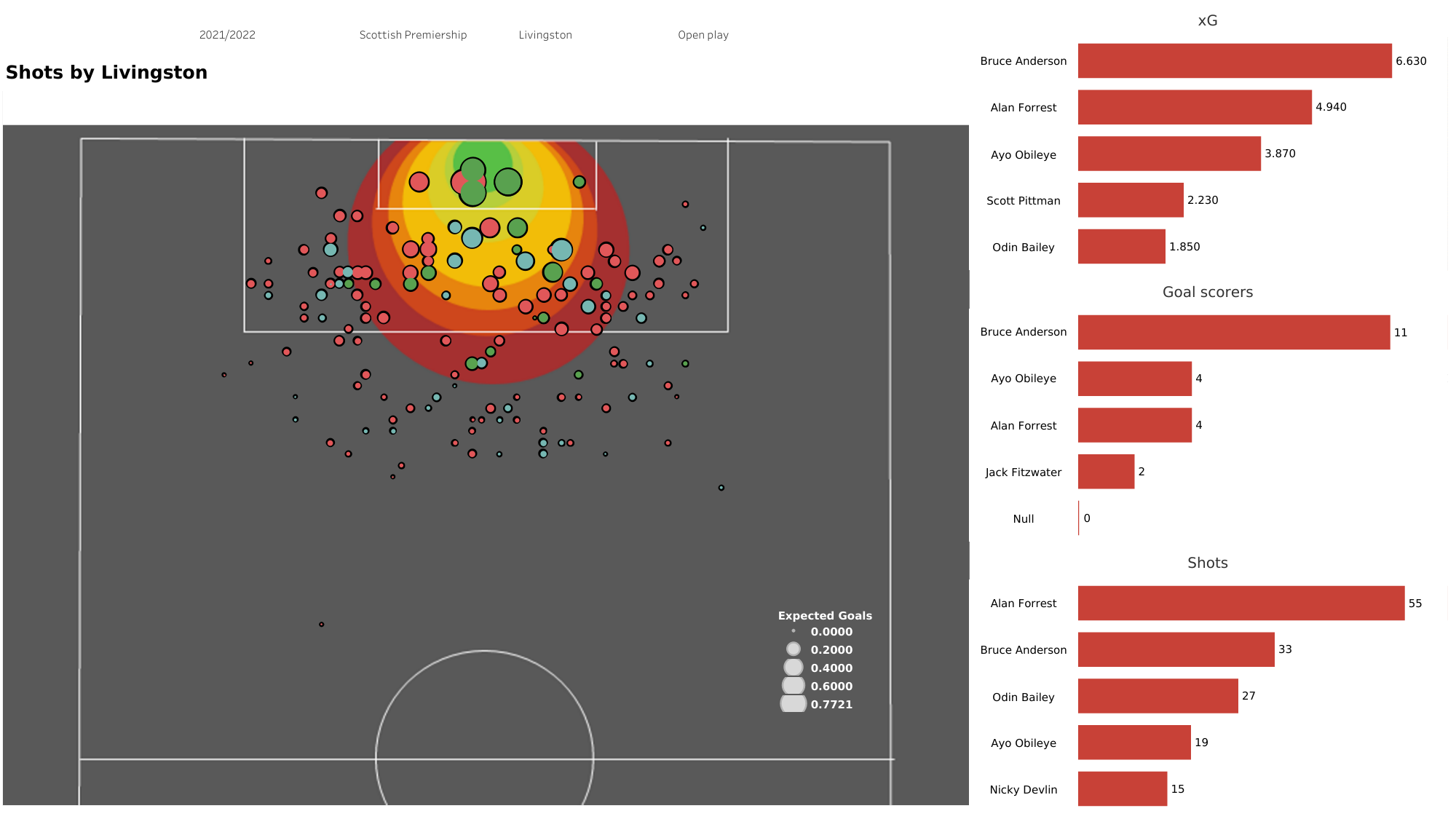 Dundee United followed up their impressive 1-1 draw at home against champions Rangers with another draw by the same scoreline away at Aberdeen last weekend. Both goals were scored within the first 16 minutes, with Marc McNulty’s fourth-minute opener from the penalty spot canceled out by an unfortunate own goal from Ryan Edwards. Dundee United are now unbeaten in their last six games across all competitions and remain in fifth place in the Premiership standings, one point ahead of Wednesday’s opponents, Livingston. 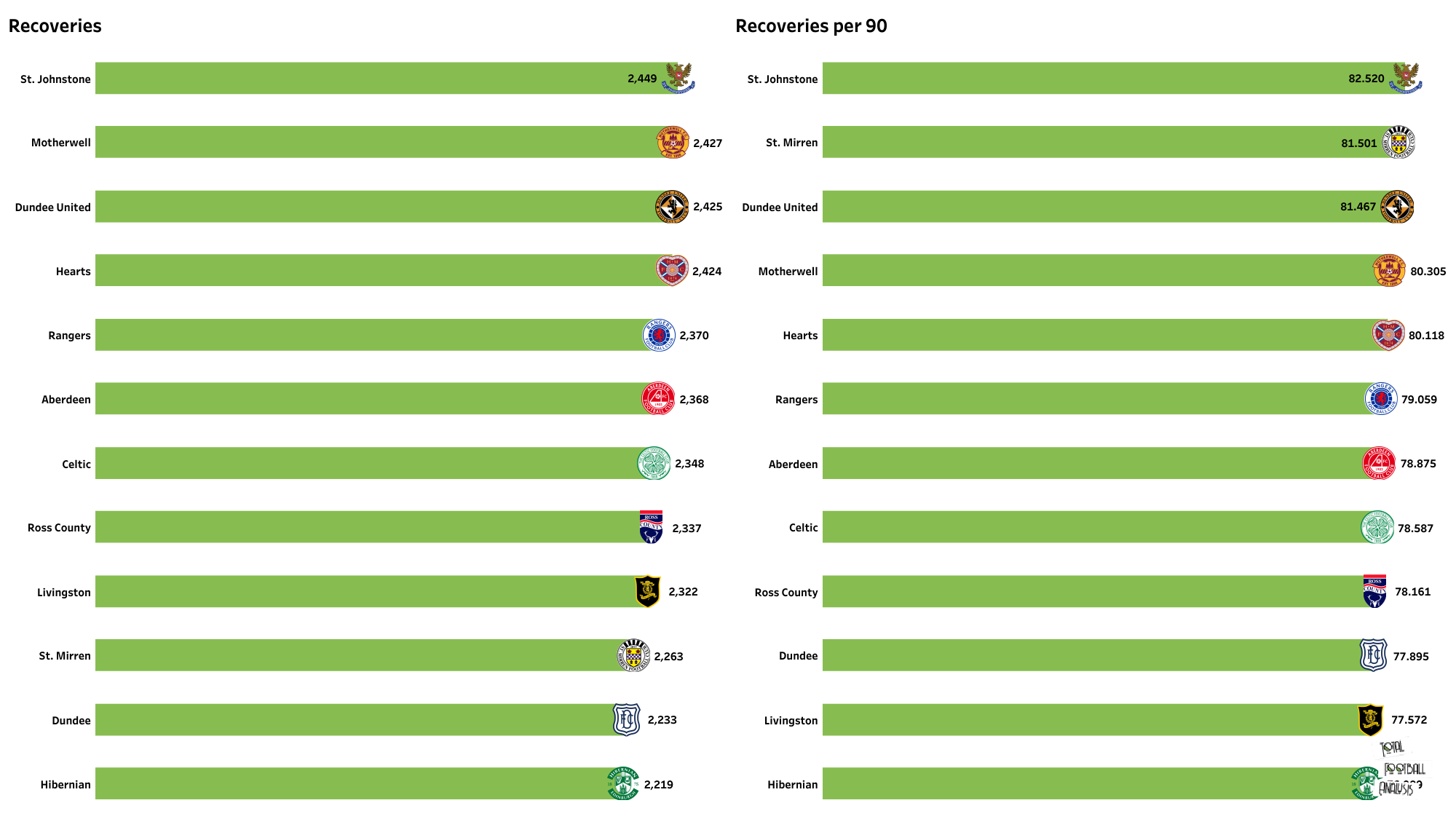 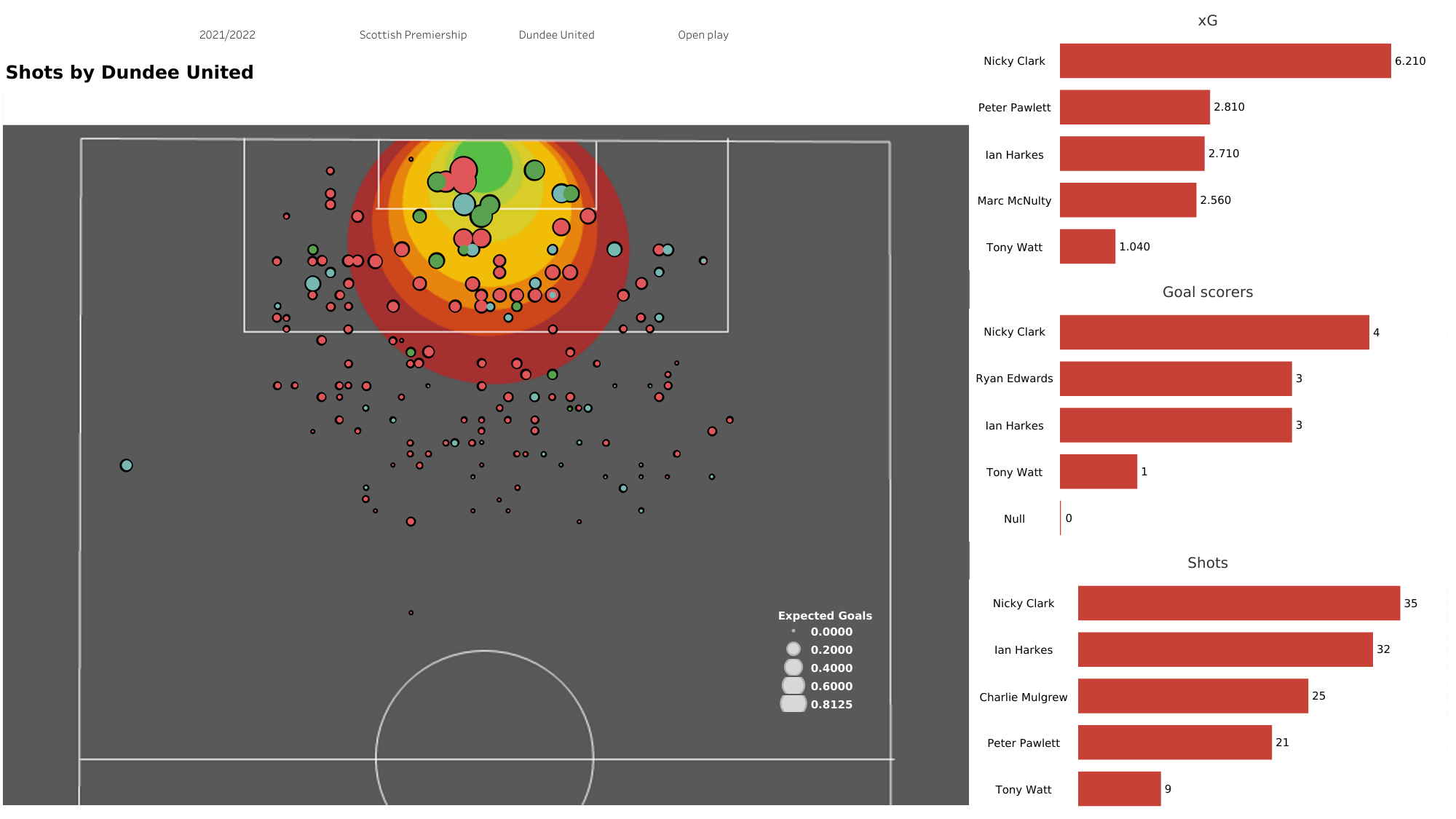 Livingston will be in the hope of extending the four-match unbeaten streak that is pulling them ever closer to the top half of the league. Dundee United has been a team that is tough to break down, and this match-up is expected to be a closely fought contest.