Livingston will host Hibernian at the Tony Macaroni Arena in their third round of the Scottish Premiership 2022/23 season. The home team returned to winning ways after a comfortable 1-0 victory away at Dundee United. Hibernian, on the other hand, managed to draw their last match against Hearts.

Let us look at the three things that are on the cards according to the data obtained from the previous matches. 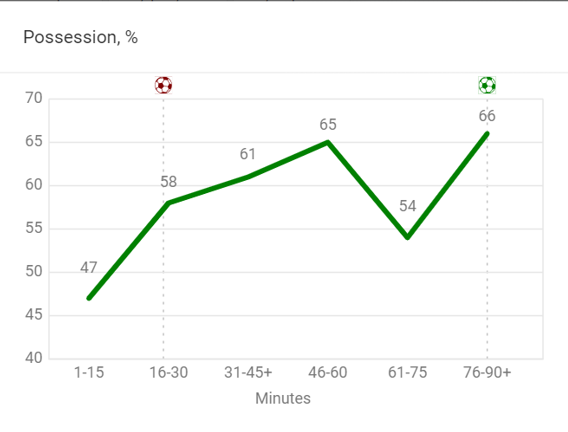 Livingston struggled to keep the ball in both games, with only 20.57% of the possession against Rangers and 40.2% against Dundee United. They will find it difficult to keep hold of the ball. 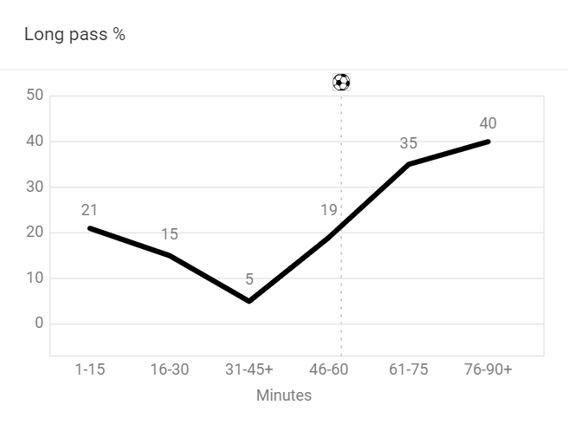 Livingston average 190.5 passes per match with a 79.8% passing accuracy rate. The team changes its tactics in the second half and attempts more long passes. Their passing includes 20.5% long passes, with most of these passes coming in the final phase of the match. In the last match, the long pass average was below 20%. But the manager changed the tactics, and the percentage of long passes increased. 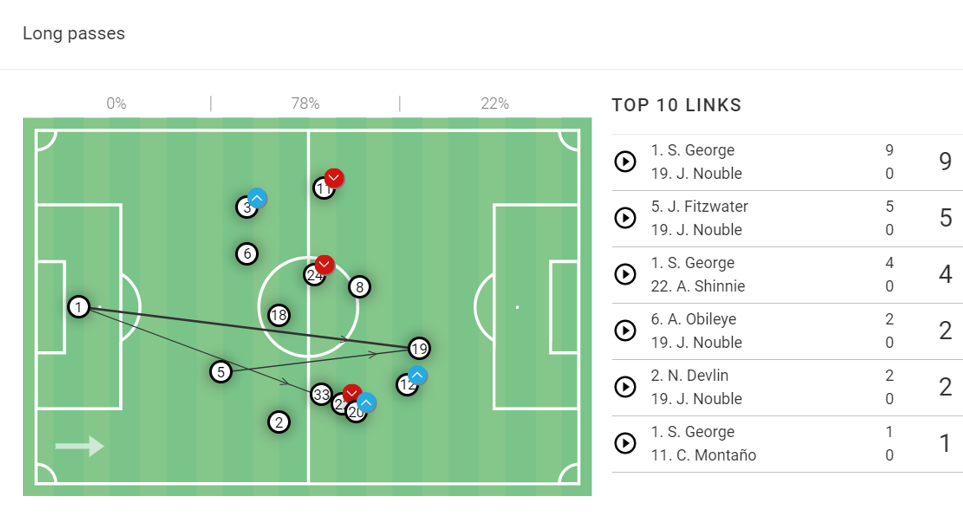 The above viz shows the top links between the players who attempted smart passes. The goalkeeper is the main source of providing long passes. He is supported by the other defenders with the aim of finding a forward player. 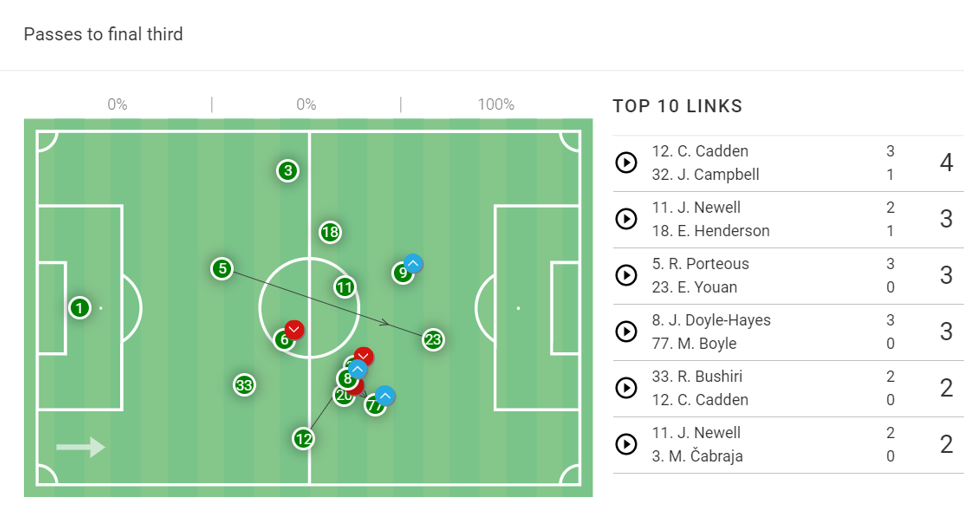 One of the things that Livingston will have to deal with is Hibernian’s passes to the final third. The team averages 61.5 passes per game with an accuracy rate of 67.5%. The above viz shows the passes to the attacking third in the last match. Chris Cadden and Josh Campbell shared the most passes on the right. 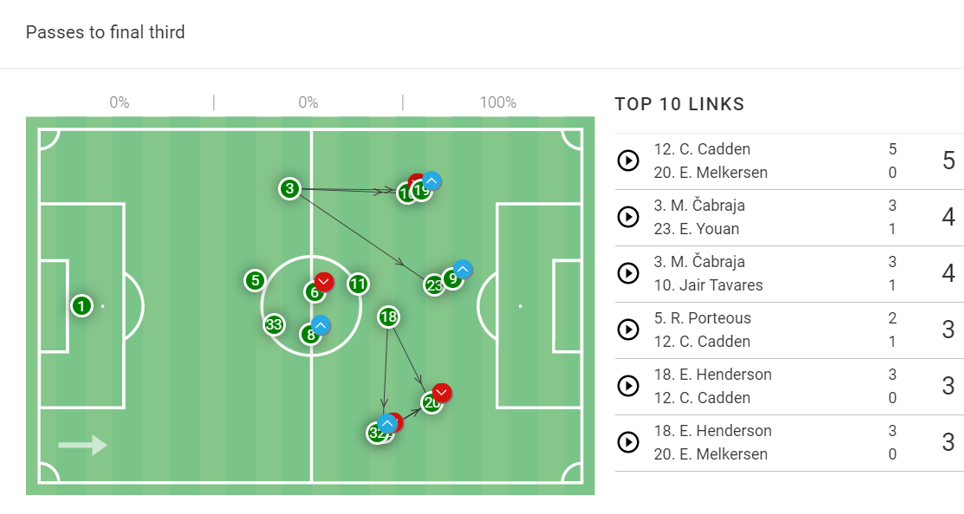 In the first match, these players played a higher line. Cadden attempted the highest passes towards Melkersen. They will try to penetrate the final third and also look to improve their accuracy.

The centre-back pairing of Tom Parkes and Morgan Boyes will remain sidelined due to their respective injuries. The manager isn’t expected to make any changes in the lineup.

Aiden McGeady, Kyle Magennis, Kevin Nisbet, and Demetri Mitchell are ruled out with injuries. Paul Hanlon could be handed a start in defence.

As per the current form, Hibernian will be the favourites to take three points away from this game. Both teams faced each other four times last season, with Livingston emerging as the winners in three matches, while the other match went in favour of Hibernian. This season, things look a bit different, and Hibernian will look to maintain their unbeaten streak in the league.