Motherwell will look to return to winning ways when they host Aberdeen in the Scottish Premiership. The hosts knocked out the same opponents in the cup the previous weekend and have an upper hand over them. Both teams will face each other for the third time this season in the league, and Motherwell have an upper hand as they have won both games. 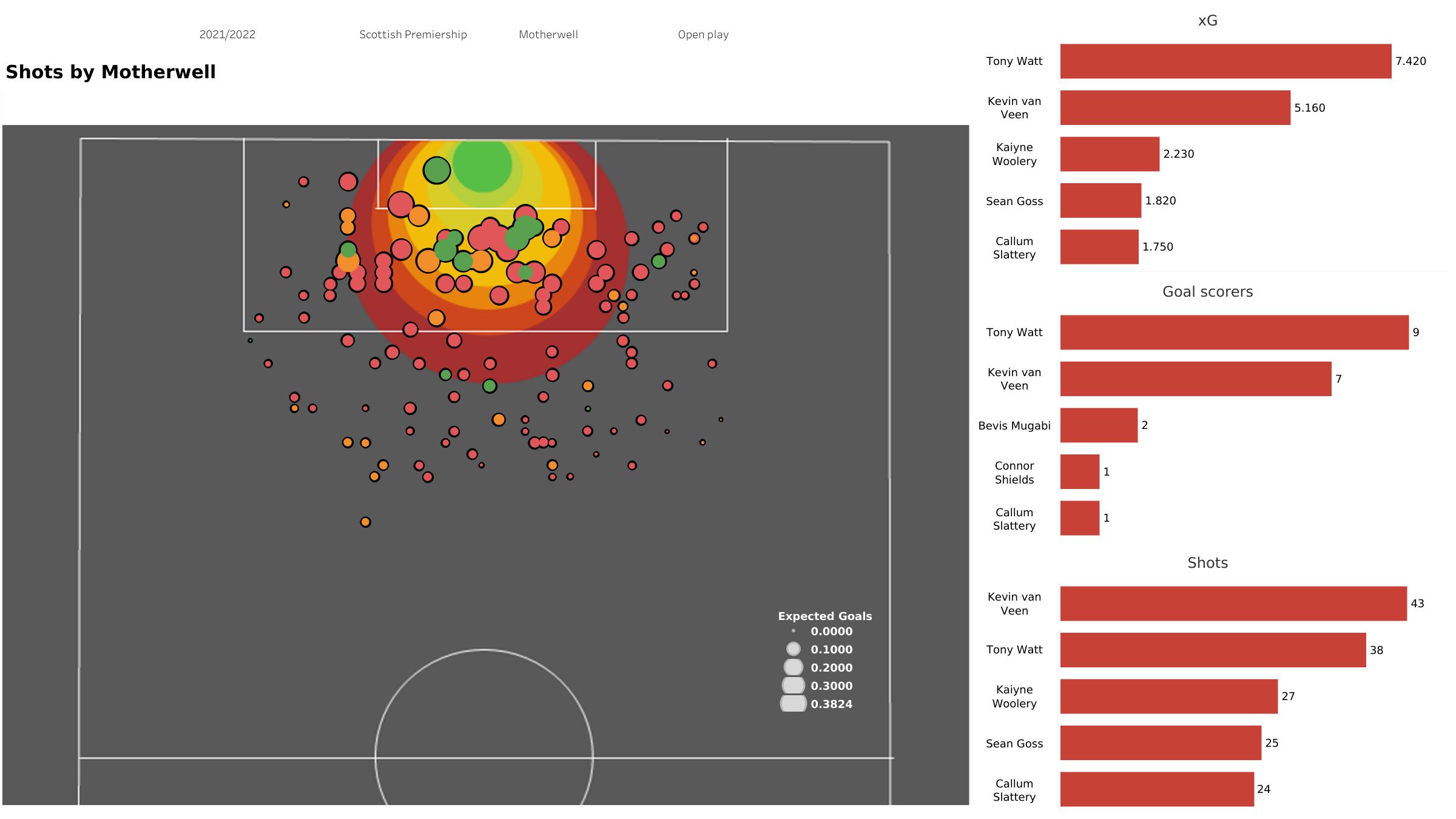 Motherwell have won nine, drawn six, and lost 11 games this season. They have scored 27 goals with an xG rate of 27.31 and conceded 39 goals with an xGA of 35.33. This is the third-worst defensive record in the league. The home team have attempted 242 shots, and 86 of them have been on target. The above viz shows the shots attempted from open play. Motherwell have attempted very few shots from open play, but most of the goals have been scored from inside the box. 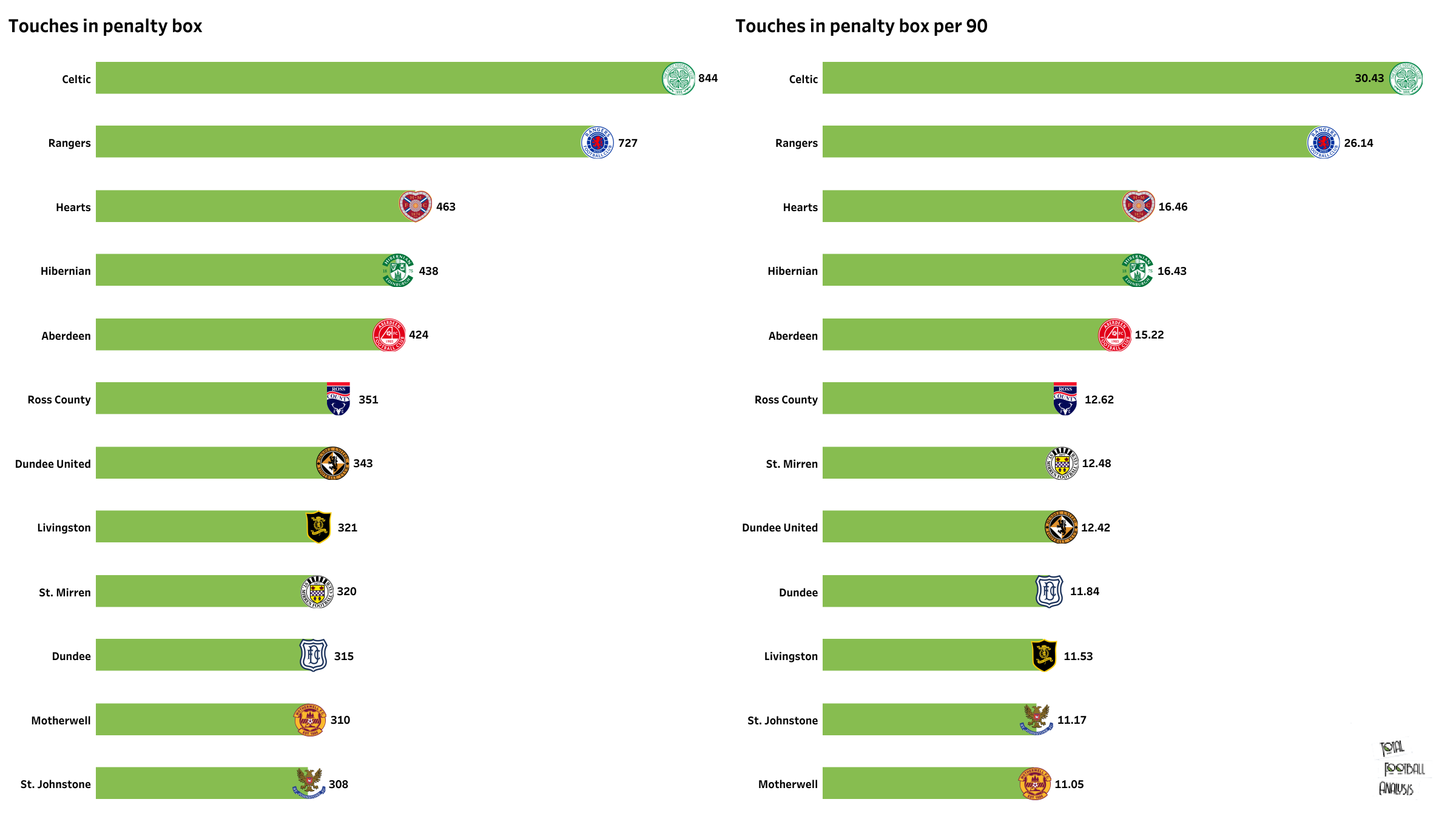 Motherwell is likely to go with the same team from their cup win against Aberdeen. Mark O’Hara returned to the lineup after missing the action for the last three months. He is a huge boost for the manager and the team. Kevin van Veen is the top goal-scorer with seven goals. 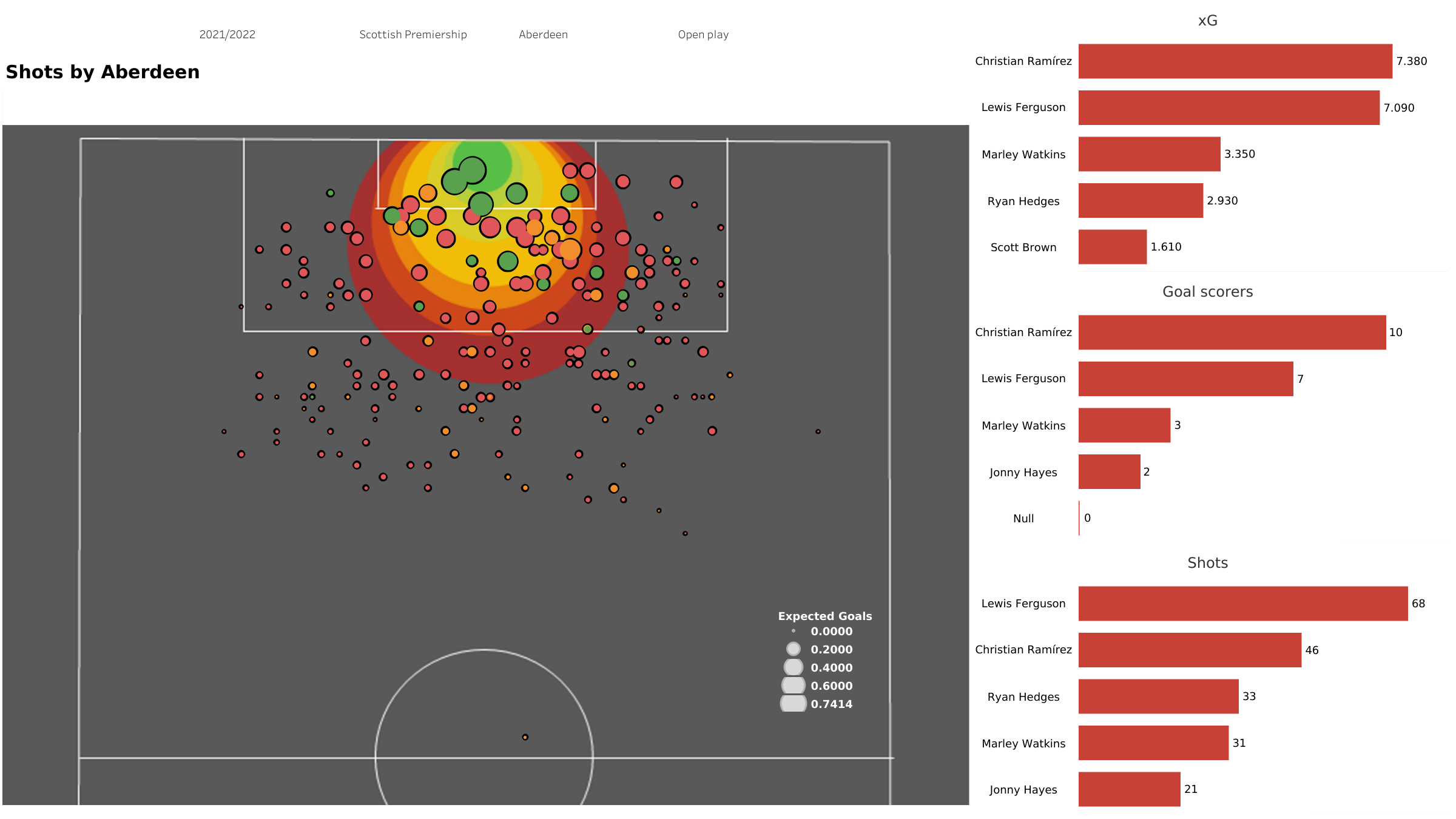 Aberdeen have won eight, drawn six, and lost 12 of their games. The Dons have scored 31 goals and conceded 33 goals. The xG rate of the team was 31.6, and their xGA rate of 25.51 is the third-lowest in the Premiership. They have attempted 318 shots and have attempted the third-highest number of shots. 117 of the 318 shots have been on target for the Dons. Aberdeen players have attempted more shots from open play than their opponents. From the above viz, we can observe that six goals were scored from inside the opposition’s 6-yard box. 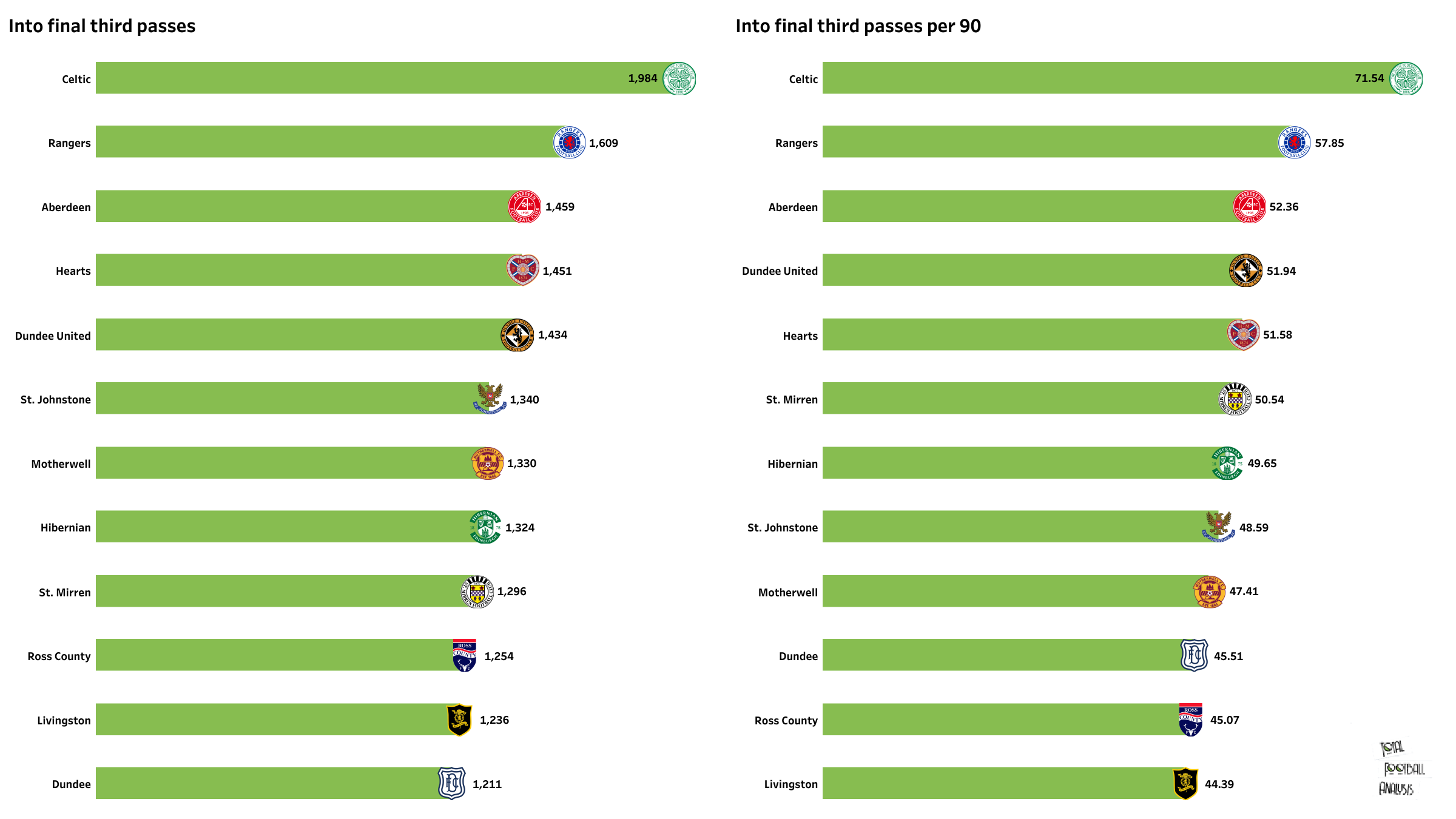 Aberdeen are just behind Celtic and Rangers in the passing chart. In the above viz, we can observe that they are third in the ranking for passes attempted in the final third. However, Aberdeen have contested very few duels, and the team is unable to defend the goal. They only have four clean sheets this season.

Joe Lewis is expected to return to the goal after overcoming his illness. Ross McCrorie missed the previous match and is once again expected to miss this one. Christian Ramirez is the top goal-scorer for Aberdeen, with ten goals to his name.

Motherwell will go into the game as the favorites against a managerless Aberdeen side. They have won three games against the same opponent this season. Aberdeen will look to change their fortunes and return to winning ways in the league.