Motherwell will host Hibernian on Wednesday night, with just two points separating the two teams in the league table right now, with the visitors looking to leapfrog their opponents. Both clubs were able to progress in the Scottish Cup at the weekend, but both teams lost their most recent games in the Scottish Premiership.

Motherwell won their first match of the new year ver Greenock Morton at the weekend, but it took them till the dying minutes of extra time to get it. Kevin van Veen’s penalty and Liam Donnelly’s goal helped the Steelmen come back from behind to advance to the next round of the competition. This came after they were defeated 3-1 by Ross County in their most recent league match, but they will be trying to put it behind them on Wednesday. 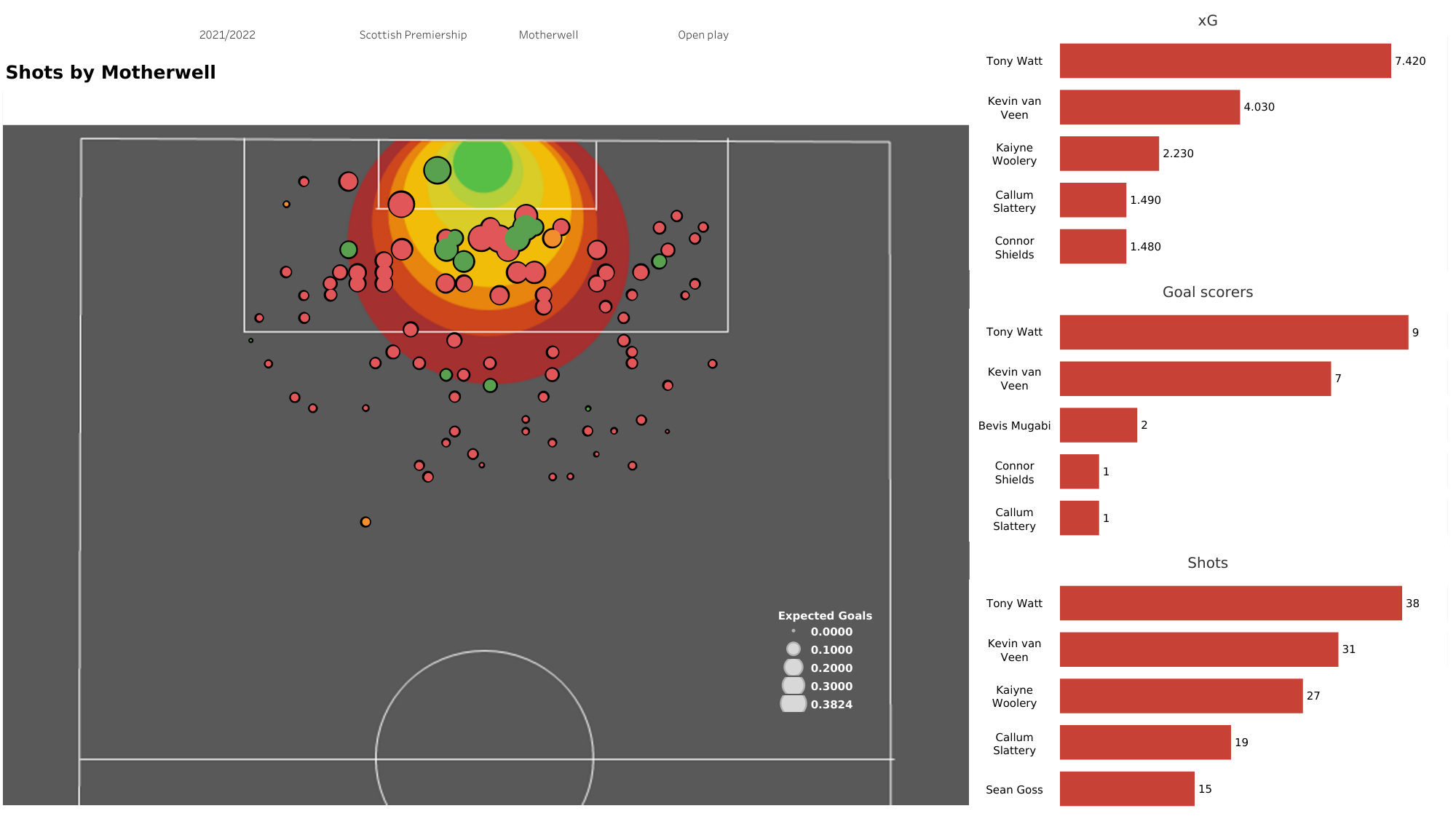 Motherwell have attempted a total of 191 shots on goal with 73 shots on target. Tony Watt, Kevin van Veen, and Mane have had the most number of shots for the Reds, with Watt generating the highest overall xG and also being their top scorer, but the striker departed from Motherwell to join Dundee United in the winter transfer window. With Watt gone, the goalscoring responsibility will be on Van Veen’s shoulders.

The Hibees advanced to the next round of the Scottish Cup at the weekend, and like the Steelmen, they had to play the extra time to advance. Kevin Nisbet scored the game’s only goal, and it was enough to give them the win, which came after they had been defeated by Celtic in the league the week before. Before that loss, Hibernian had gone four games in a row without losing in the league, which had helped them climb up the table. 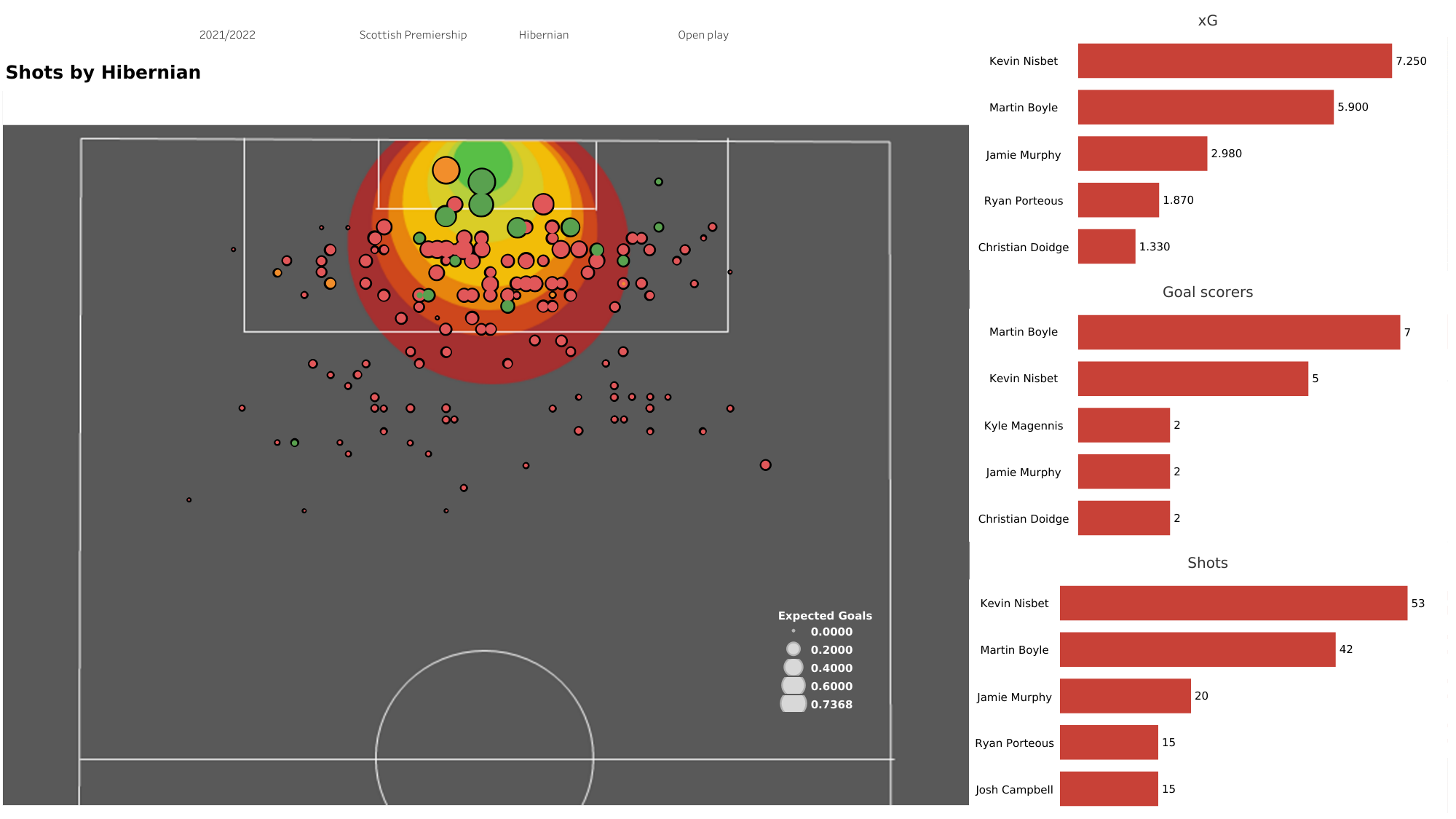 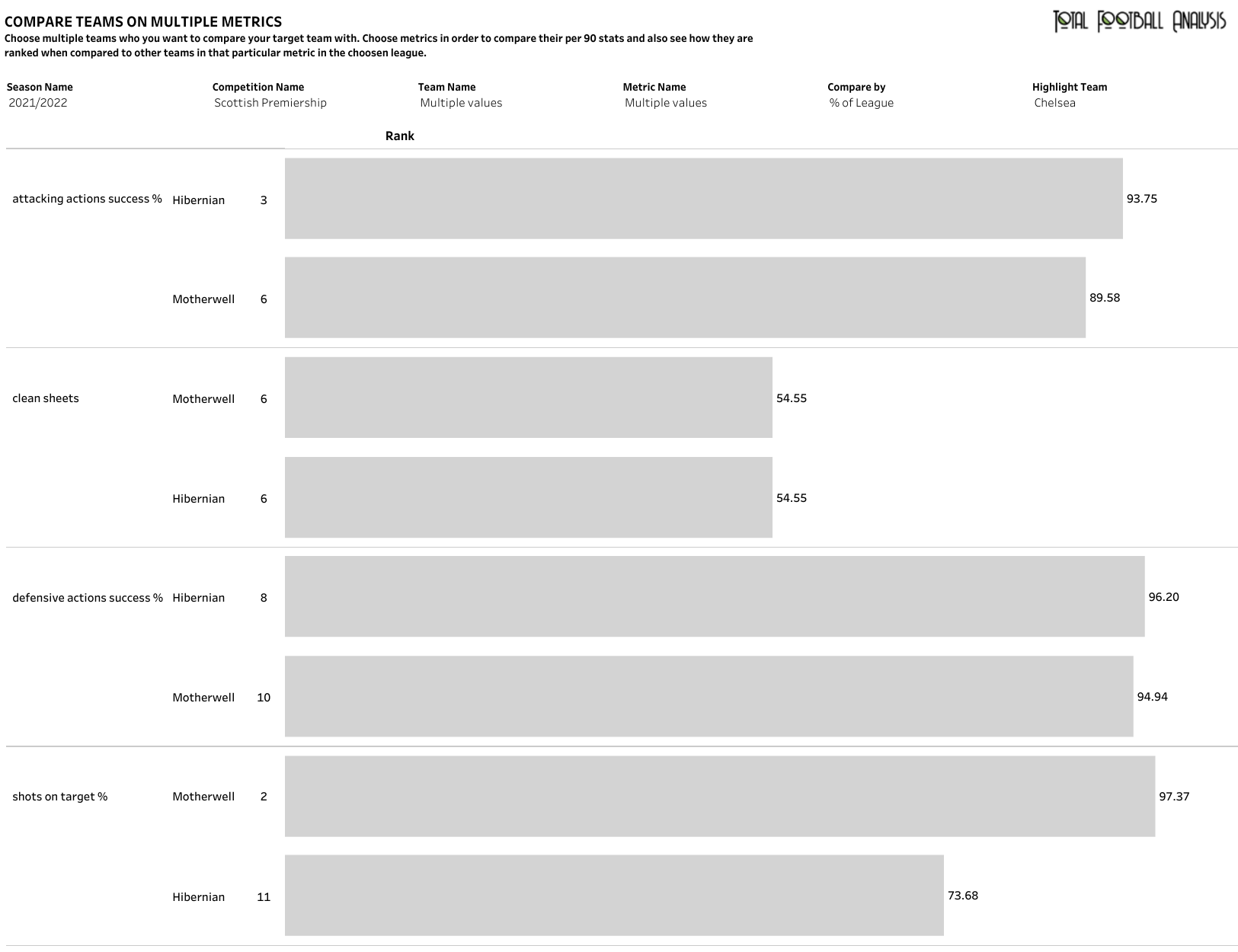 The above visual shows us the comparison between the two teams for attacking as well as defensive actions. The visual indicates that both teams have the same number of clean sheets in the league and have struggled to keep clean sheets. Hibernian have put up better numbers in terms of successful attacking and defensive actions and are ranked higher than Motherwell. Although, Motherwell have a better shot on target percentage as they have scored more goals than Hibernian. Motherwell have conceded more goals than any other team in the top half of the table, which is a major concern, but they are also aware of the fact that Hibernian are the lowest-scoring team in the top six.