Motherwell will host St. Johnstone at Fir Park in their Round 2 fixture of the Scottish Premiership 2022/23 season. The hosts started their season on a positive note as they won three points against St. Mirren in their first match. However, the visitors suffered a taste of defeat in their first match against Hibernian. Both teams ended their respective matches with ten men.

Motherwell’s Kevin van Veen scored a penalty in the last round to hand Motherwell a 1-0 victory in their previous match. They had 47.03% of ball possession and attempted eight shots in the match, with two being on target. Motherwell players were put under a lot of pressure by St. Mirren. They had to defend against 15 shots attempted by the opposition but were successful in doing so.

St. Johnstone struggled in their first game and were the least favourites to win it. With only 31.35% of ball possession, the team attempted four shots with a 25% shot accuracy rate. They defended against 36 positional attacks on 30 occasions, but the opposition scored a set-piece goal and ended their chances of earning a point.

Let us look at three things one should look out for when these two teams meet each other. 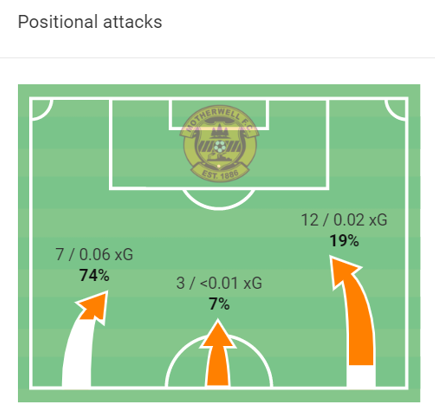 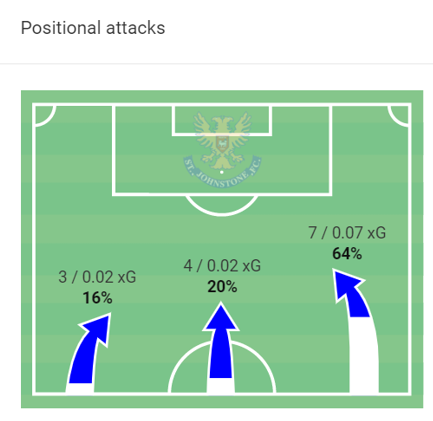 Motherwell players created 22 positional attacks in the last game but were only successful four times. The team had an xG rate of 1.16, with most of the attacks coming from the right side. Their opponents this weekend created 14 positional attacks, with three of them being successful. St. Johnstone players also created most of the attacks from the right and had a very low xG rate of 0.26. This shows that both teams are strong on the right flank, and Motherwell are likely to create more attacks in the match. 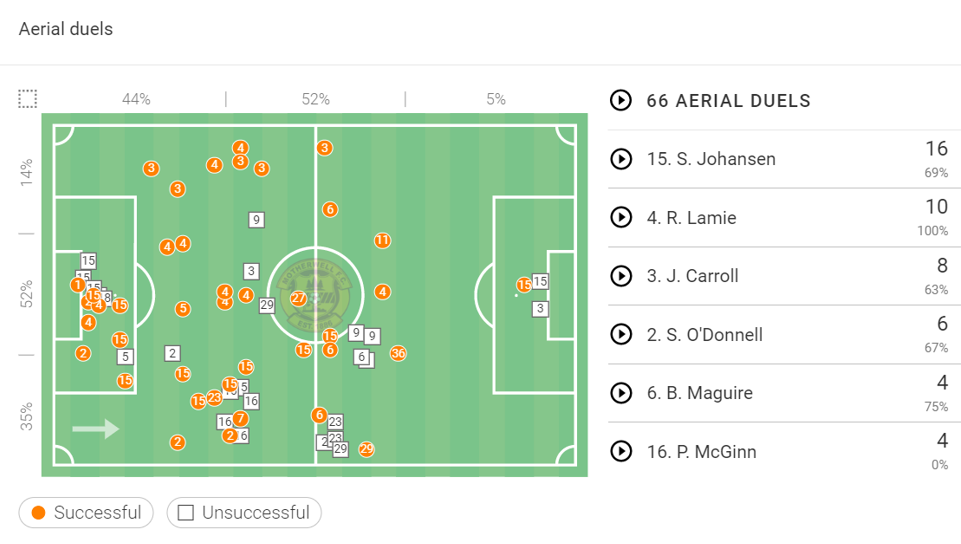 Motherwell players were able to defend against 42 positional attacks from the opposition. The team contested 213 duels and won 102. One of the biggest strengths of the team is their ability to win aerial duels. The players contested 68 aerial duels and won 42. Both centre-backs – Sondre Johansen and Ricki Lamie – contested 26 aerial duels and won 21. They could also become a threat inside the opposition’s penalty box during set-pieces. However, Lamie’s suspension will keep him out of this fixture, and St. Johnstone’s forwards will be very relieved after hearing about his absence. 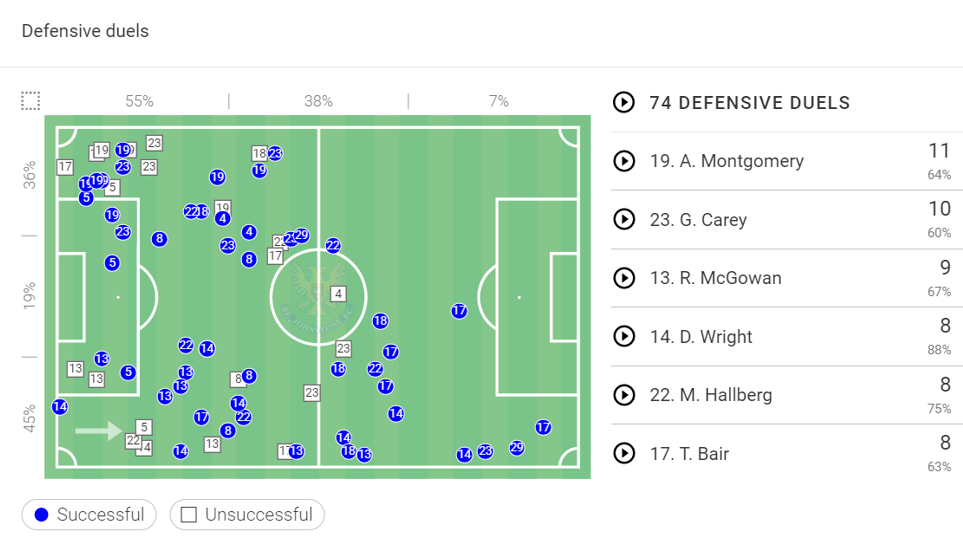 The hosts might be strong in the air, but St. Johnstone players know how to win the ground-level duels. They contested 205 duels and won 102. These included 77 defensive duels with a 70.13% win rate. The team defended the goal till the 90th minute. The players won most of the defensive duels inside their half. Motherwell failed to create a lot of chances in the last game and might find it difficult to break the opposition’s defence.

Motherwell’s Ricki Lamie and St. Johnstone’s Murray Davidson are facing suspension. Both teams might make a few changes with no new injury concerns.

Motherwell enter this match as the favourites despite struggling to attack in the last game. They finished last season in the top half and will look to finish further high in the league table. St. Johnstone also need a boost after nearly earning a point in the last game. They will play defensively and look for openings in the opposition’s defence.