Scottish Premiership defending champions Rangers host Aberdeen at the Ibrox Stadium in round 30 of the championship. Rangers returned to winning ways after a 1-0 victory over St. Johnstone, thanks to an early goal from Glen Kamara. Aberdeen, on the other hand, are winless in their last nine league games and lost their midweek match against Hearts by a scoreline of 2-0. 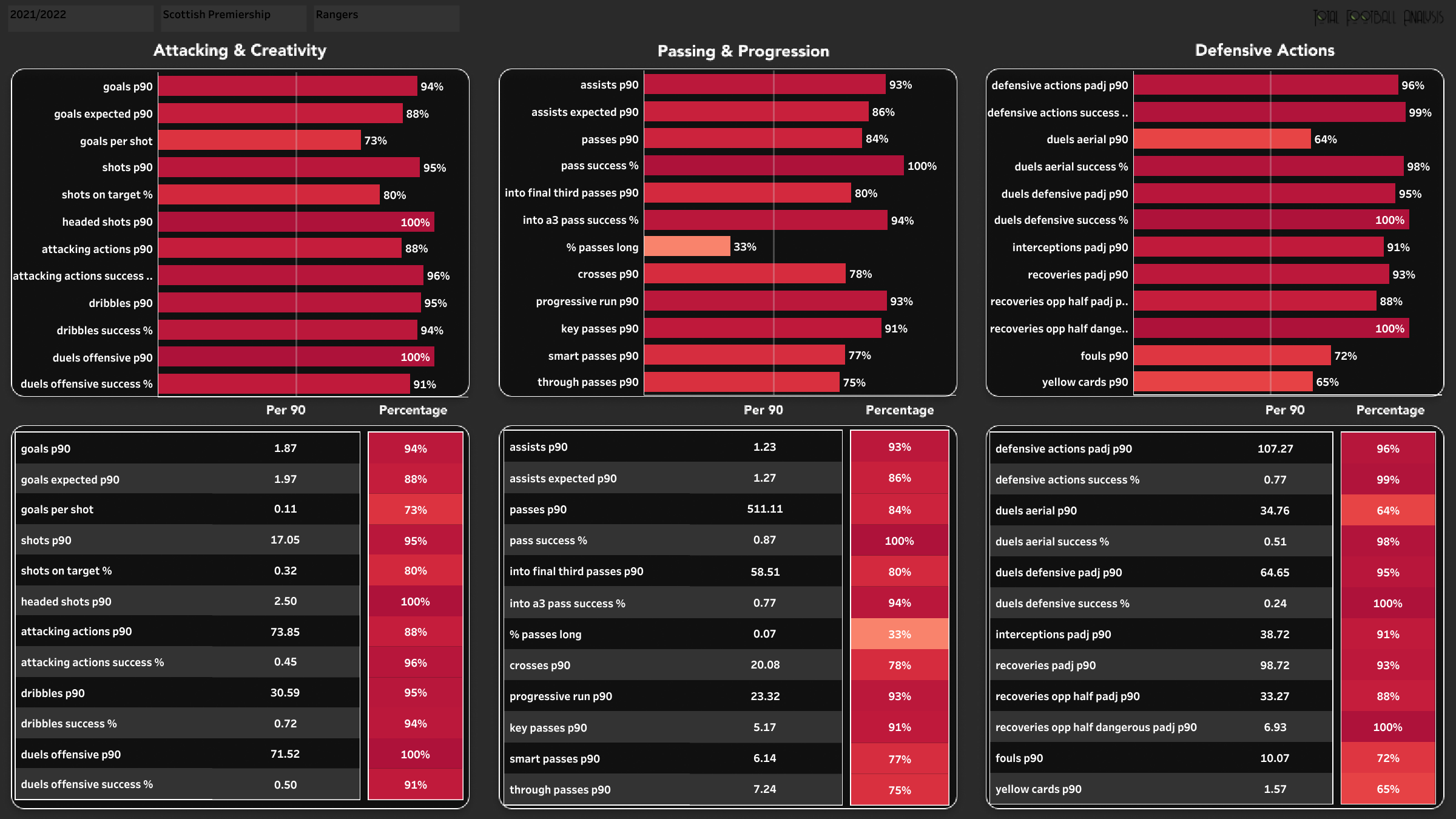 Rangers have won 20 games and only lost two out of the 29 played this season. Giovanni van Bronckhorst’s men have scored 59 goals and average 1.87 goals per 90 minutes with an overall xG rate of 59.06. They have conceded 24 goals in return, and the xGA rate is 21.7. When looking at the above chart, the general rule is that the longer the bar, the better the performance — you can see the league average in the middle, and the % is the percentile rank the player is in. In the above map, we can see that Rangers attempted more than two headed shots per 90 minutes and have attempted the highest number of headed shots in the league. Other than this, Rangers also have a high defensive duels rate, and their dangerous recoveries inside the opposition half are also on the higher side. 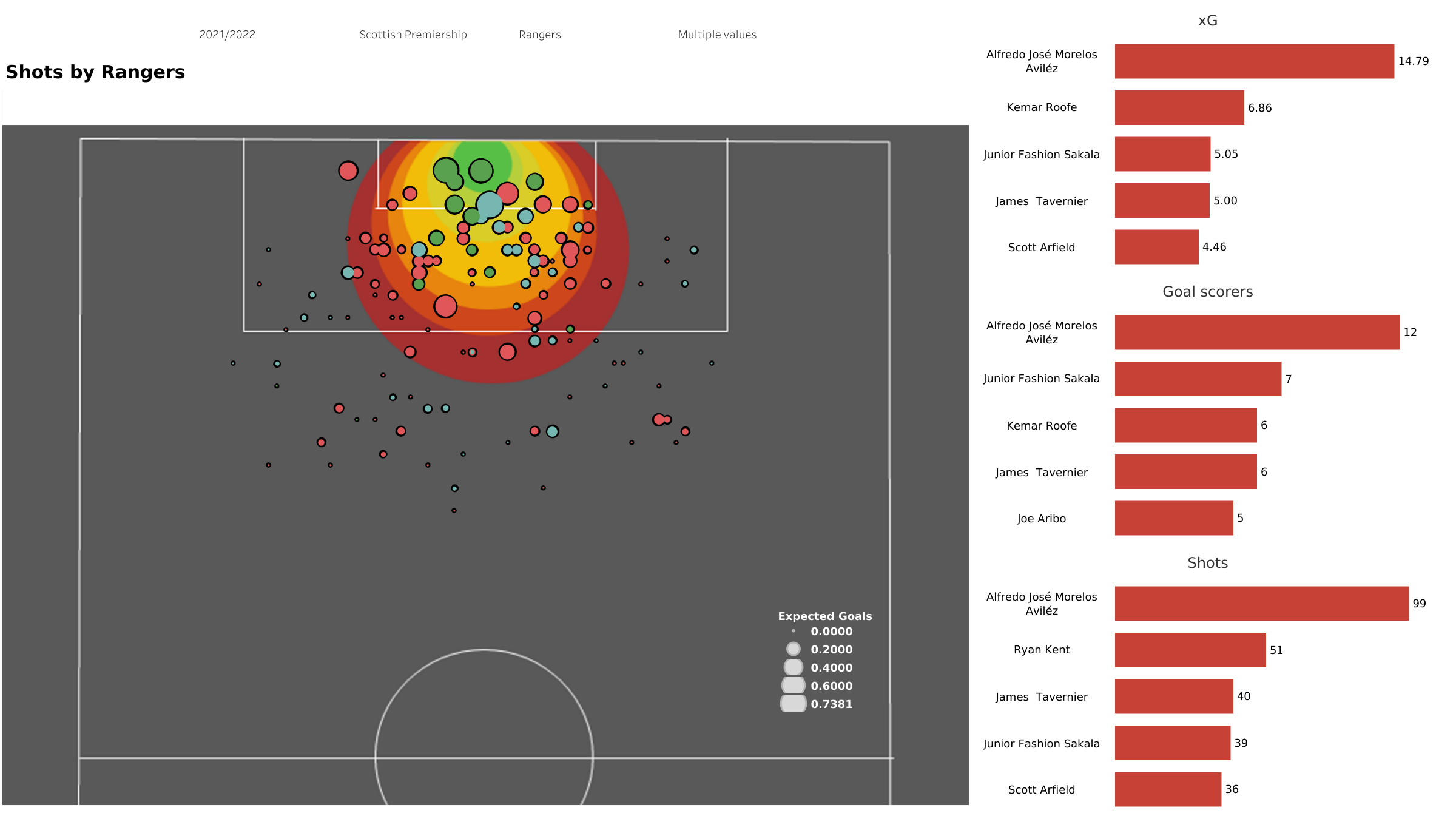 This season, Rangers have attempted 511 shots and have managed to hit the target 184 times. The defending champions have attempted 326 shots from inside the opposition’s penalty box, and 129 of them have been on target. The above viz shows all the shots attempted from set-pieces and doesn’t include penalties and shots from open play. Rangers have been dangerous on set-pieces and have managed to score a few goals. They have attempted the most shots with corners. Alfredo Morelos has attempted the most shots and is the top goal-scorer for the team.

Aaron Ramsey and Ryan Jack have been declared fit by the manager and could feature in this match. Ianis Hagi, Steven Davis, and Amad Diallo will remain as the only absentees. 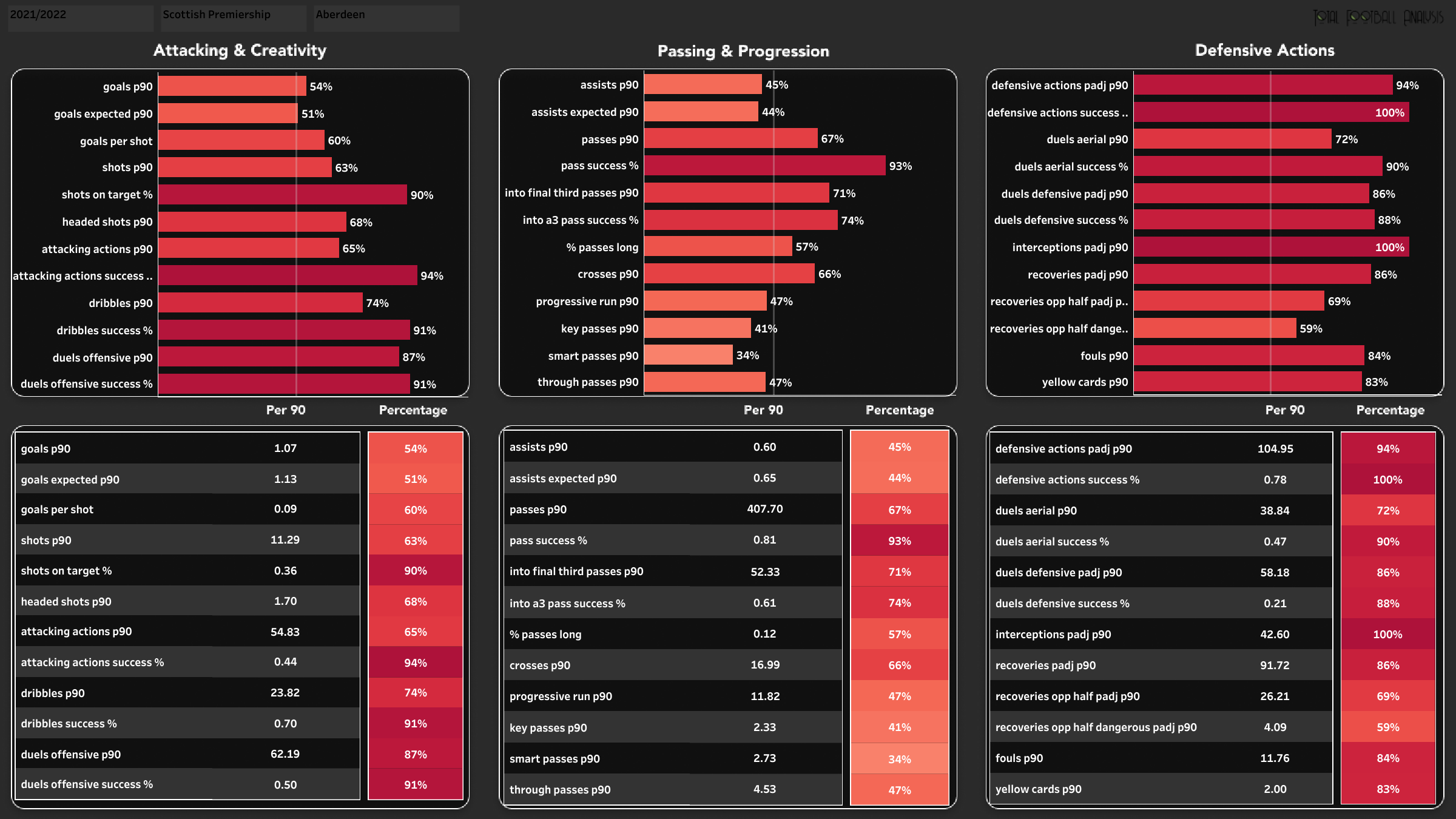 Aberdeen suffered their 13th loss of the season against Hearts and have won eight of their 29 games played this season. The Dons have scored 33 goals and an average of 1.07 goals per 90 minutes. The xG rate of the team is 34. Their defense has conceded 37 goals with a low xGA rate of 28.8. Aberdeen have a high shot on target percentage along with a high attacking action success rate in the league. The Dons have been involved in a lot of defensive actions this season and have a high success rate. They have made the most interceptions this season in the league. 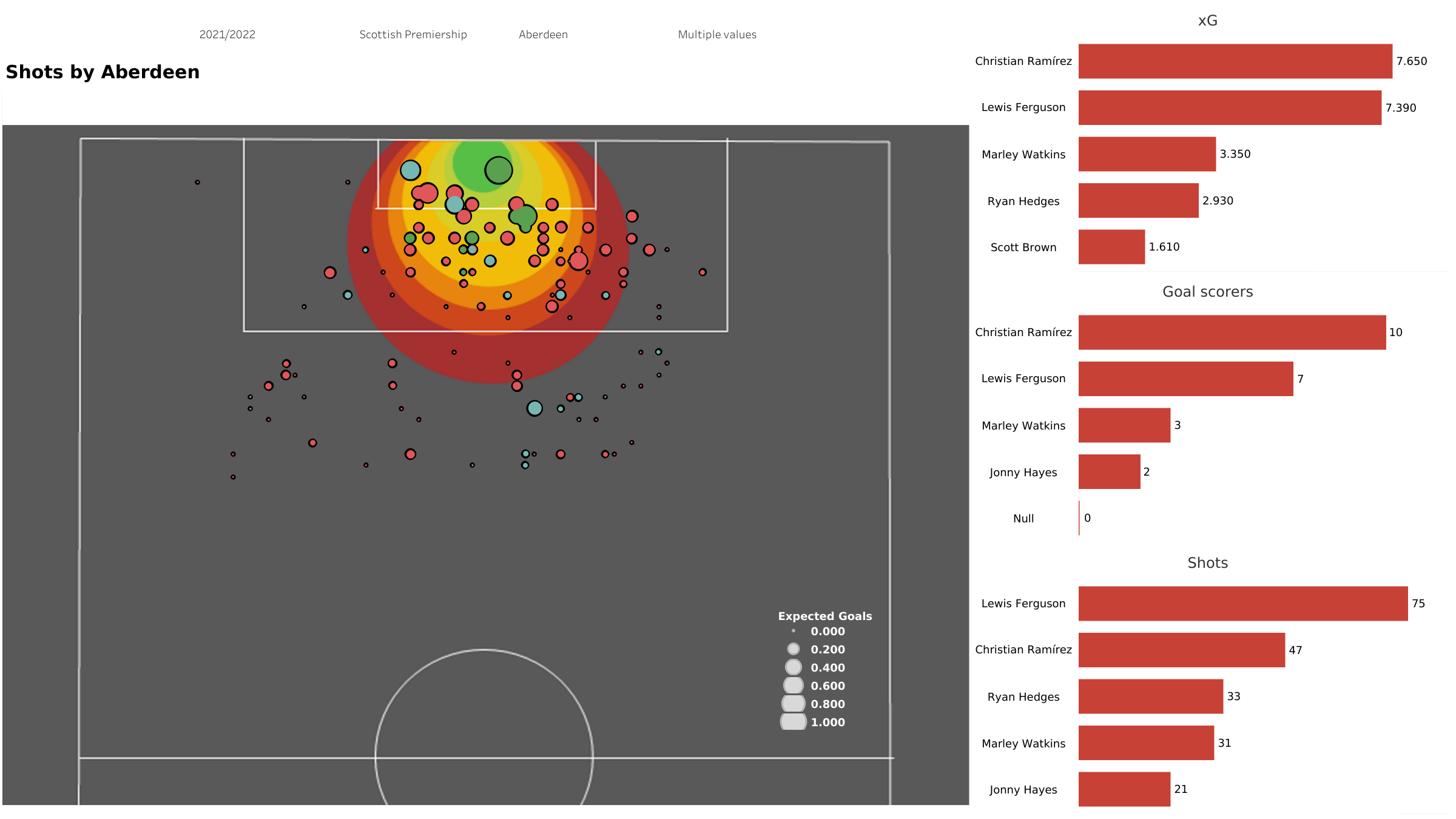 Christian Ramirez is the highest goal-scorer for the team, ahead of Lewis Ferguson, who has attempted the most shots. Calvin Ramsay and Ross McCrorie remain in doubt after missing the last few games due to injury. Matty Kennedy and Johnny Hayes withdrew from the last match and also remain in doubt.

Rangers will have the upper hand over Aberdeen in this match. However, both these teams have drawn the last two meetings this season. The defending champions couldn’t afford a draw this time and will go for three points.