Rangers held Celtic in the third Old Firm Derby of the Scottish Premiership 2021/22 season. Celtic lead the hosts by three points in the league table and are on their quest for another league title. On the other hand, Rangers will look to go level on points with the league leaders and carry that momentum into the playoff stages. Both teams are fresh from international breaks and will look for a win in this match. 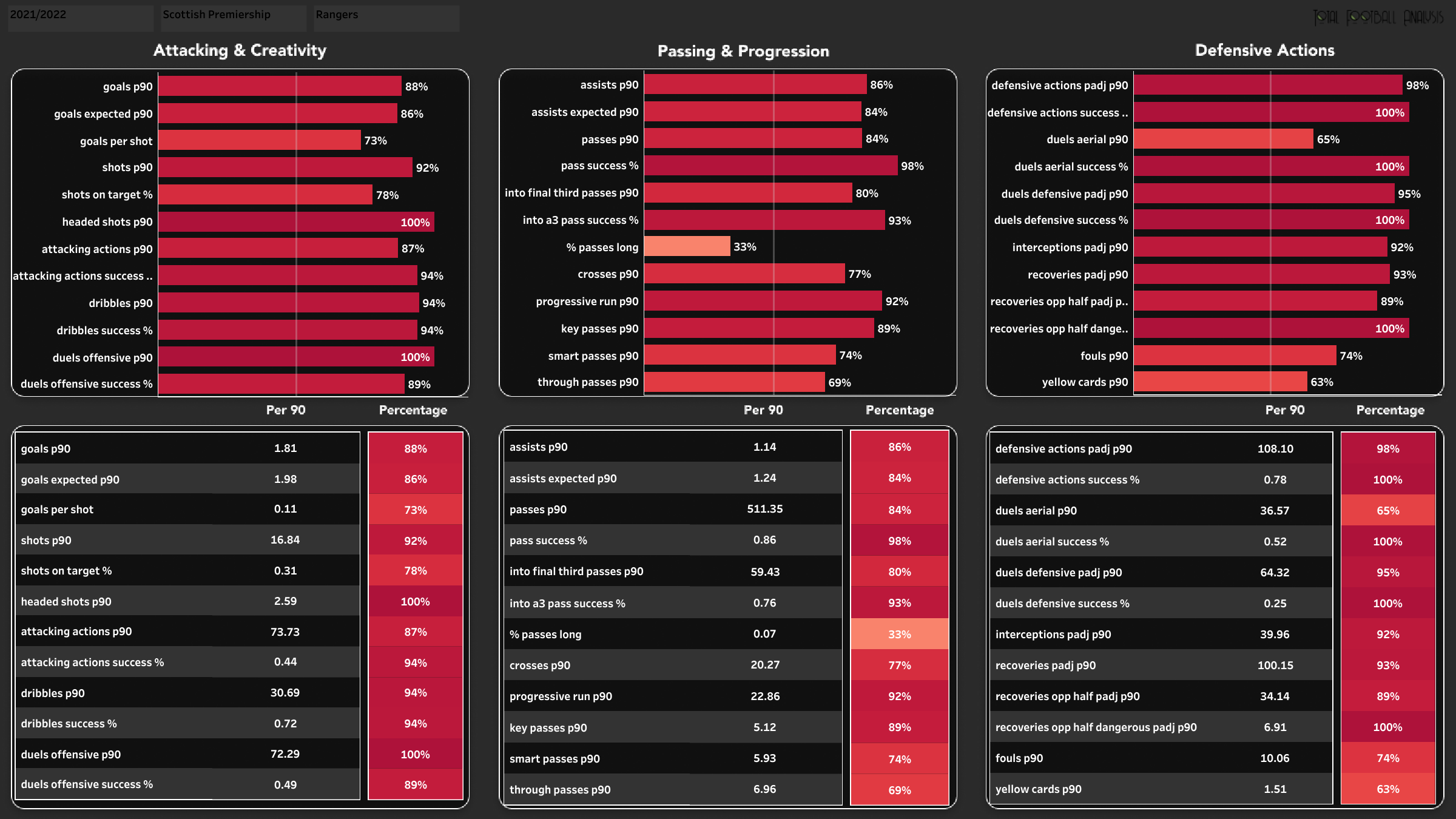 Rangers have won 22 out of the 31 games played and lost only two. They have lost the lowest number of games in the league this season. Rangers have scored 62 goals with a high xG rate of 65.67. In return, they have conceded 25 goals, with a low xGA rate of 22.08. When looking at the above chart, the general rule is that the longer the bar, the better the performance – you can see the league average in the middle, and the % is the percentile rank the player is in. Rangers are only ranked behind Celtic when it comes to attacking & creativity charts. They have attempted the most number of headed shots and contested the highest number of offensive duels. Defensively, they have a high defensive actions success rate and have made the most recoveries inside the opposition’s half. 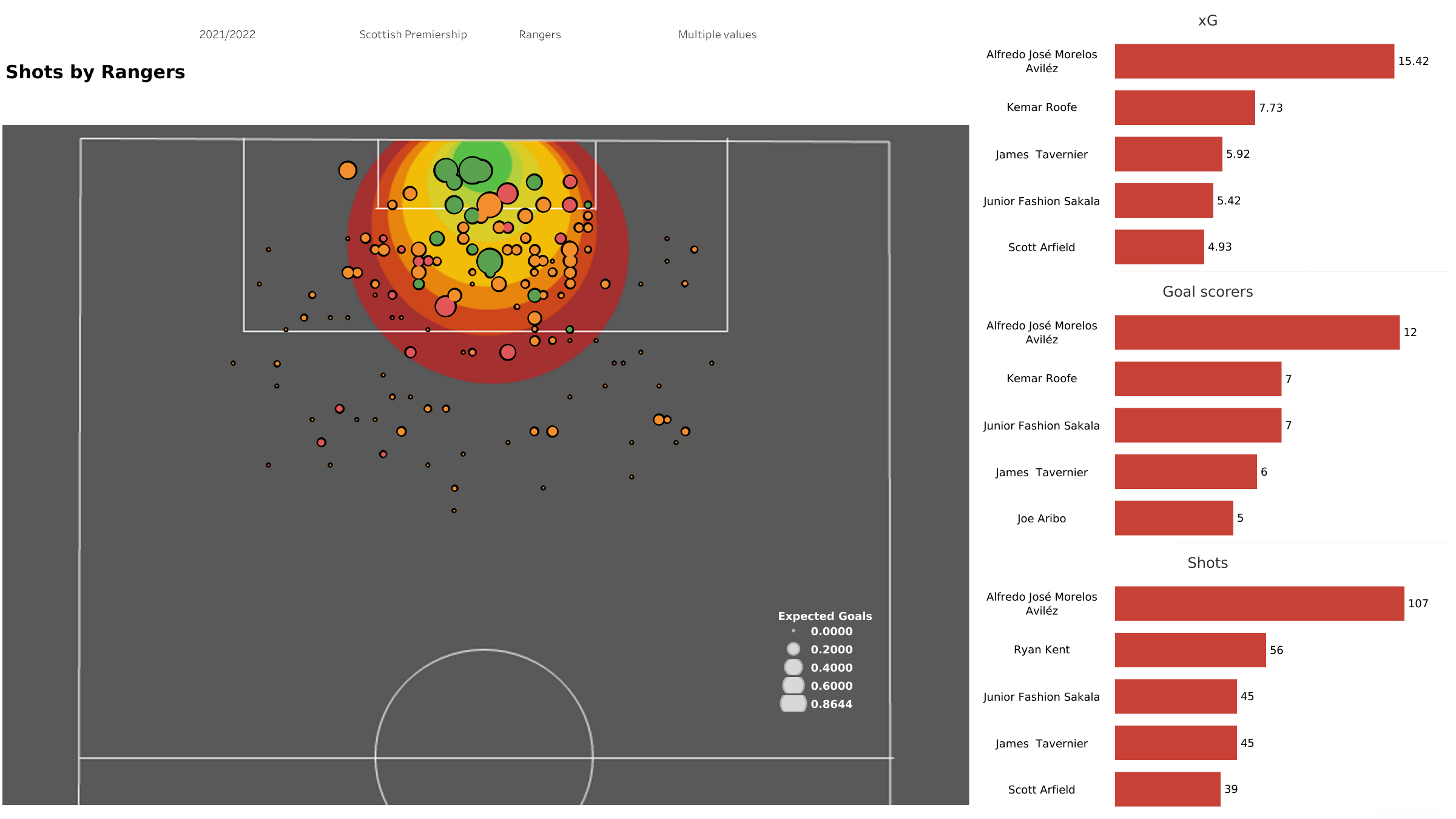 Alfredo Morelos remains a major doubt for this match after returning back from international duty due to an injury. Aaron Ramsey is also a concern due to a lack of game time. 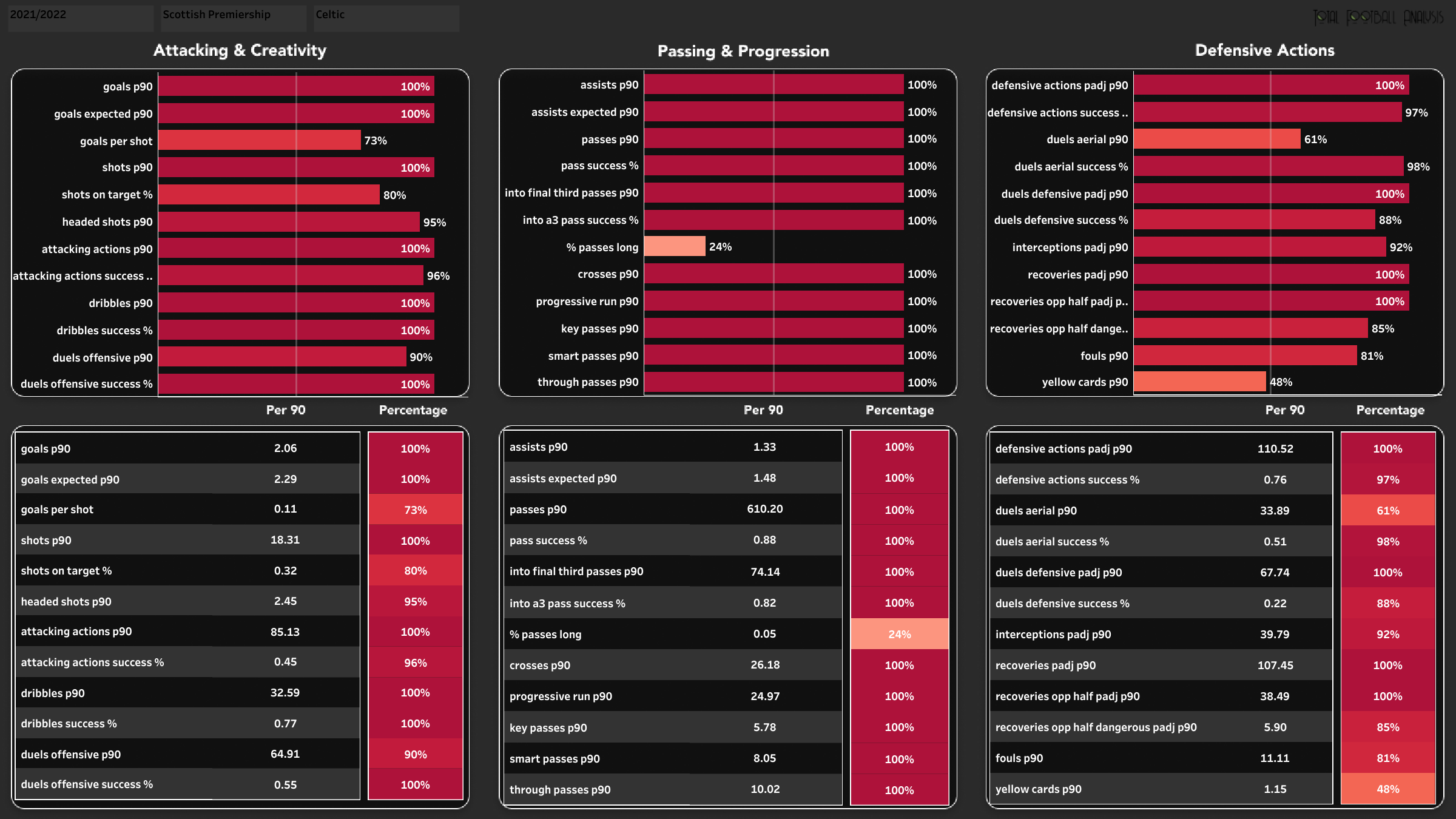 Celtic have been the top performers in the league and have won 24, drawn three, and lost three matches. They have scored 69 goals, with a high xG rate of 75.85, and conceded only 18 goals. The above viz shows that Celtic are ranked at the top in attacking & creativity, along with the passing and progression charts. Defensively, they have the highest recovery rate in the league. 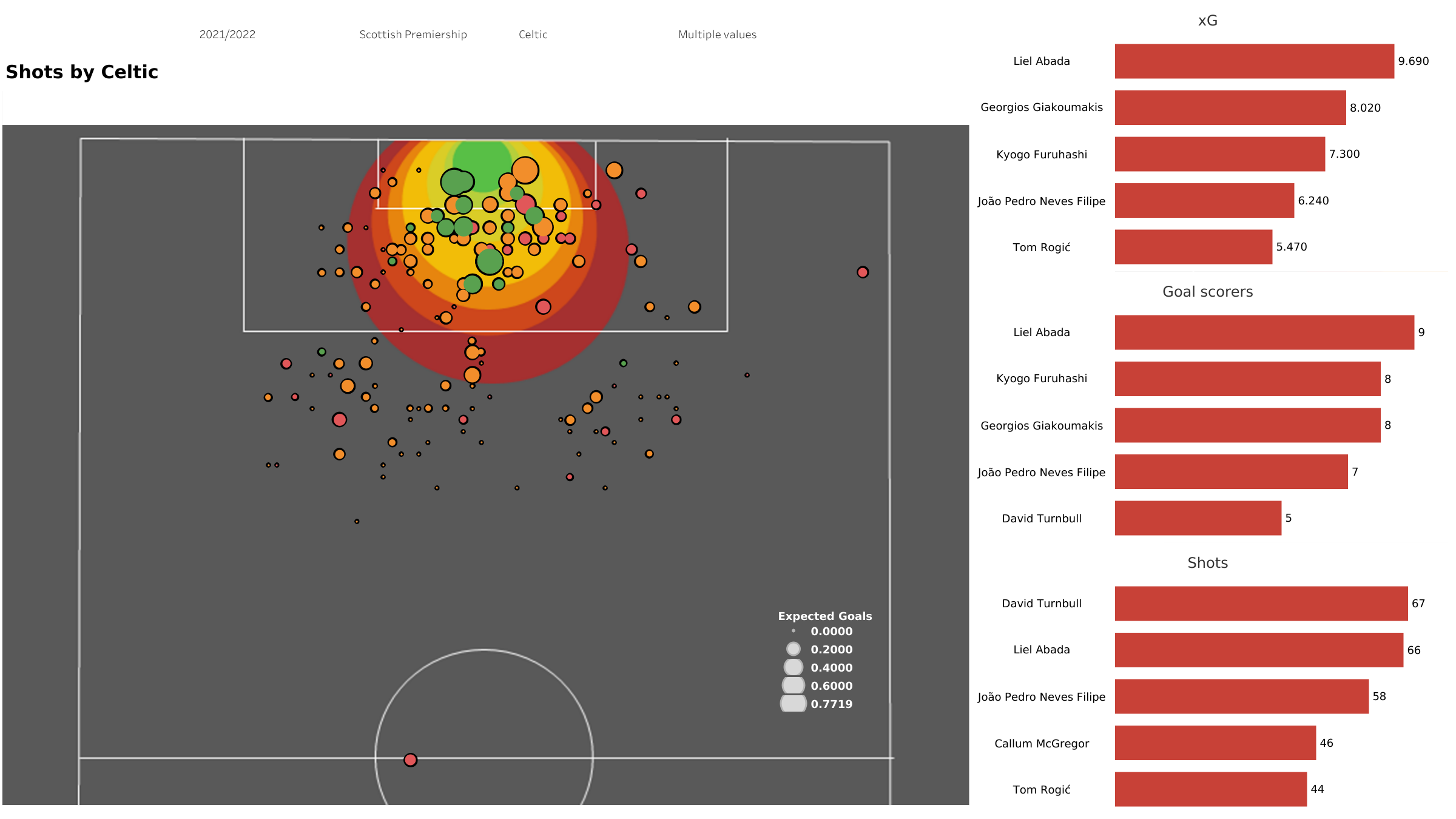 Tom Rogic’s fitness is a concern for the manager. Daizen Maeda pulled out of the international break and will be fresh for this match.

This is a very crucial match in the Scottish Premiership title race. A win for Rangers will level them on points with Celtic, and a win for Celtic will take them six points above Rangers. Both teams are fresh from international breaks, and the fixture could bring a lot of drama and excitement.