Rangers will look to earn back-to-back wins when they host Hibernian at the Ibrox Stadium in the Scottish Premiership. The hosts scored five goals past Hearts in the last round and are one point behind Celtic in the league table. Hibernian, on the other hand, are winless in their last five league games. This is the third league meeting between the two teams, and Rangers have won the previous two. 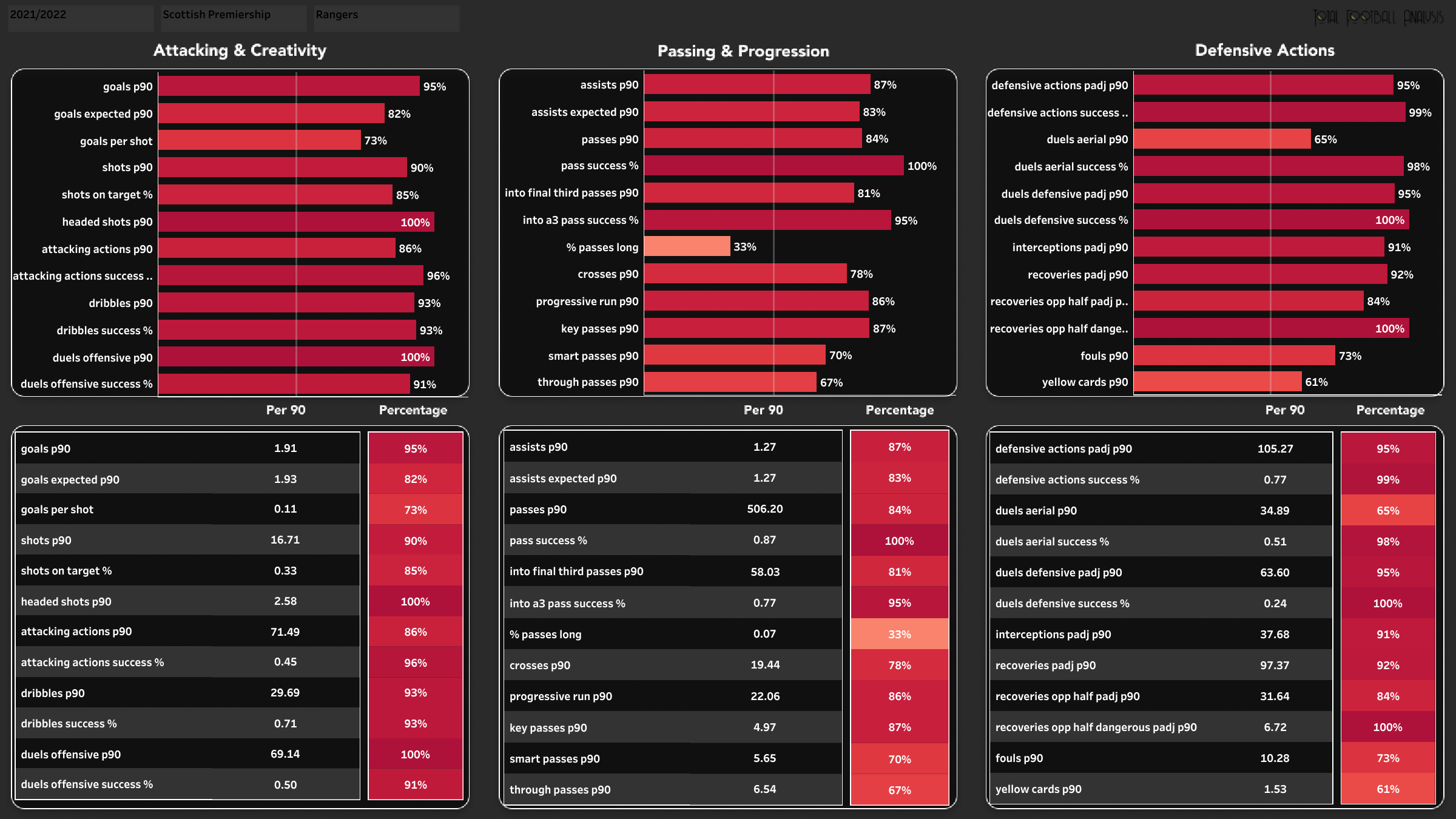 This season, Rangers have scored 53 goals with an xG rate of 51.72. They have the second-best defense in the league and have conceded 21 goals. When looking at the above chart, the general rule is that the longer the bar, the better the performance — you can see the league average in the middle, and the % is the percentile rank the player is in. The home team averages 1.91 goals per 90, with more than 16 shots per 90. In total, Rangers have attempted 447 shots, with 169 of them being on target. Giovanni van Bronckhorst’s men have the best passing accuracy in the league and average more than 500 passes per 90 minutes. Defensively, the duels’ win percentage is high, along with a high recovery rate inside the opposition’s half. 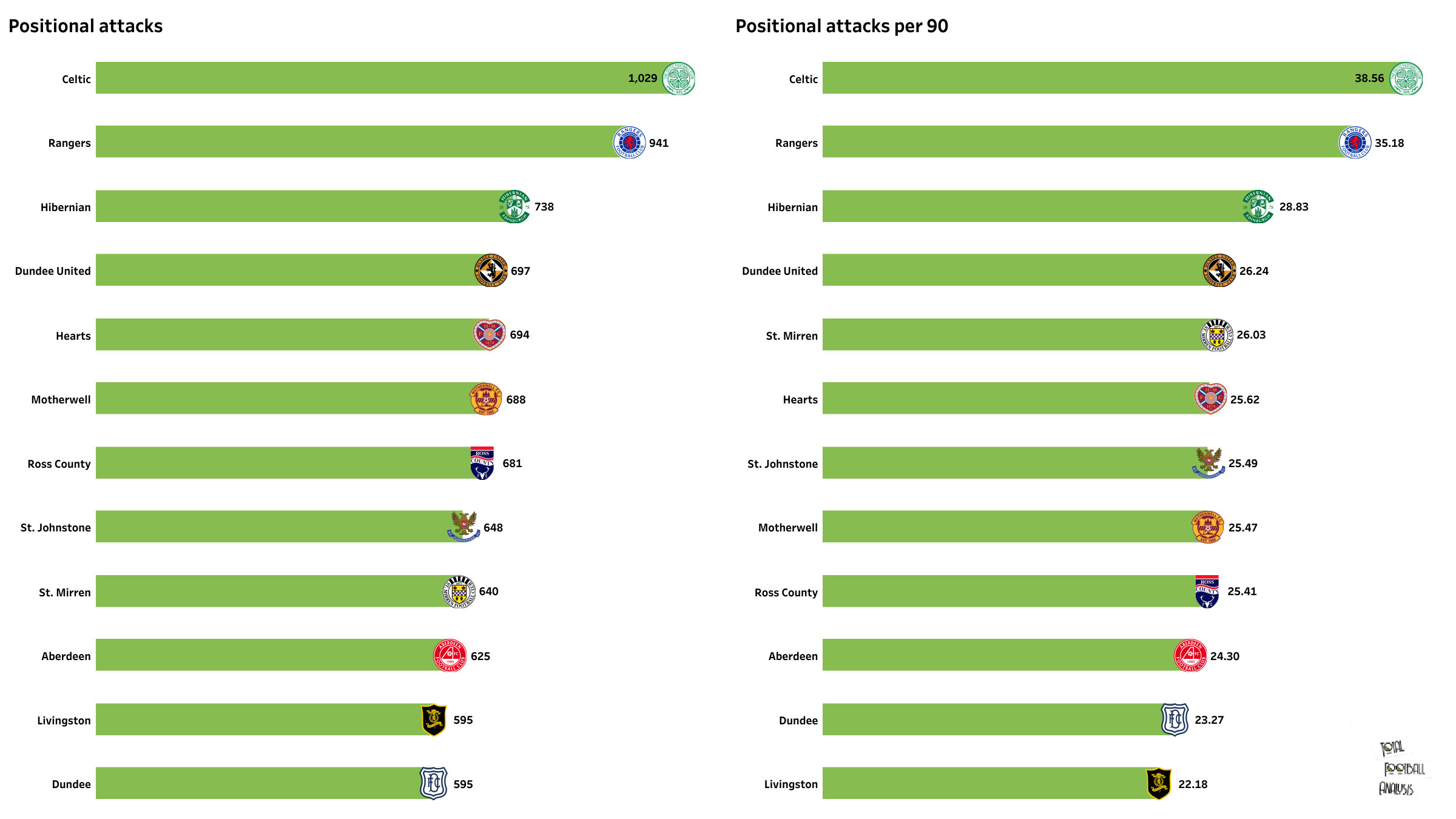 There are no fresh injury concerns for Rangers. Alfredo Morelos returned to the starting XI and scored a brace in the previous match. Aaron Ramsey made his Rangers debut, and he could make his first start for his new club. 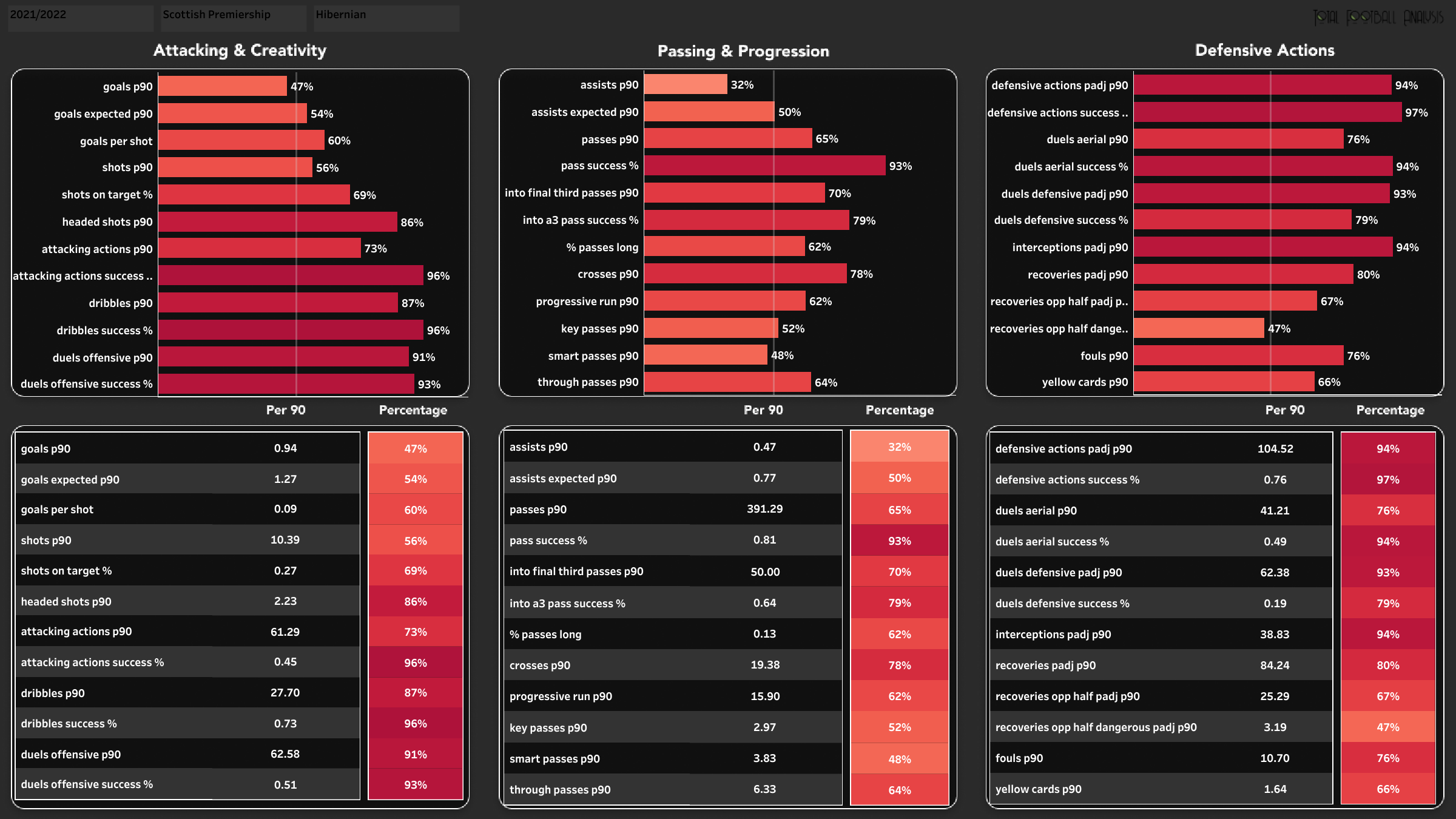 Hibernian are ranked fifth in the league table and are 28 points behind Rangers. They have scored 26 goals with an xG rate of 32.40. In return, the team has conceded 28 goals with an xGA of 23.44. By looking at the above chart, we can observe that the away team has a high attack action win percentage this season. Hibernian players also have a high dribble rate and average more than 27 dribbles per 90. But they have only attempted 266 shots, with 82 of them on target. Defensively, the team has performed well this season. The defensive action success rate is one of the highest in the division. Hibernian players average more than 38 interceptions per 90. Hibernian have scored fewer goals, but the team is ranked highly in the defensive department. 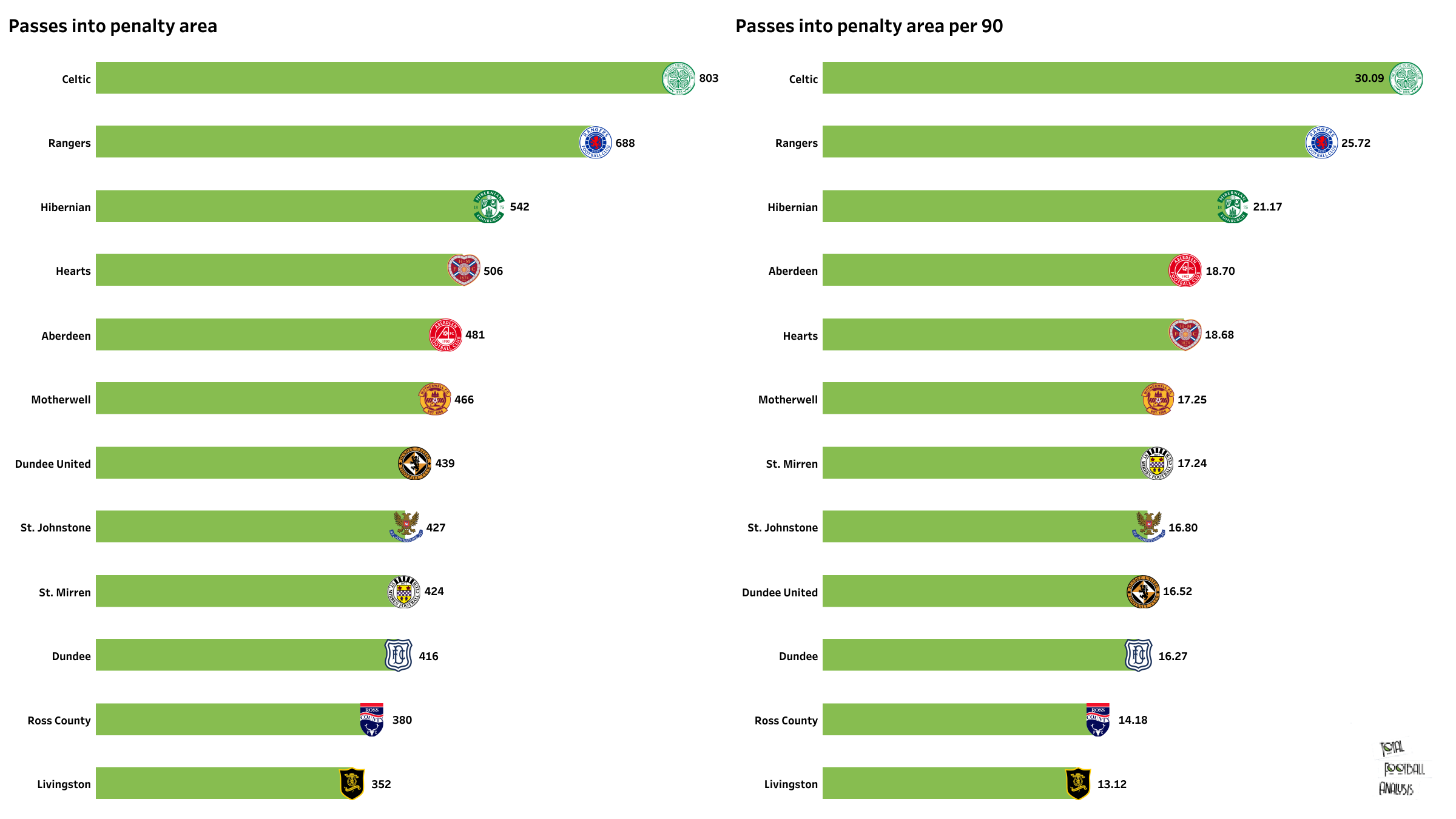 Rangers will look for their third victory in the Scottish Premiership against the same opponents this season. They have the second-best attacking and defensive statistics in the league. Hibernian would have a tough outing in this match.