Rangers host Kilmarnock at Ibrox Stadium in round two of the Scottish Premiership 2022/23 season. The hosts started the season on a positive note after earning a 2-1 victory away at Livingston. Kilmarnock, on the other hand, marked their return to the Scottish top division with a 1-1 draw against Dundee United. Both teams have the momentum going into this game, with the Rangers being the favourites to take three points.

Rangers made a comeback in the second half to seal three points against Livingston. Scott Arfield and James Tavernier were on the scoresheet for the Gers. Rangers had 79.42% possession of the ball and dominated the match. The above viz shows the shot map of the team. Giovanni van Bronckhorst’s men attempted 17 shots and hit the target six times. The xG rate of the team was 2.11.

Kilmarnock also had a decent outing as the team tried to show dominance against Dundee United. They had 56% of the ball and attempted 17 shots, with six being on target. Both these teams attempted the same number of shots in their respective matches. Kilmarnock’s xG rate in the match was 1.59.

Now let us look at three key points that one can expect from the match between the two teams.

Threat from the flanks 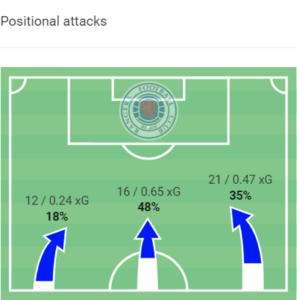 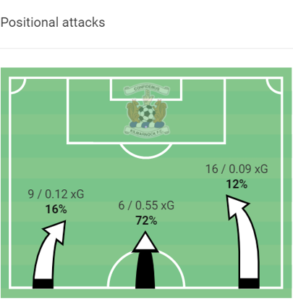 Both teams attacked from the flanks in the last match, which produced a lot of crosses in their respective matches. One can expect the same in this fixture as they match each other’s numbers. 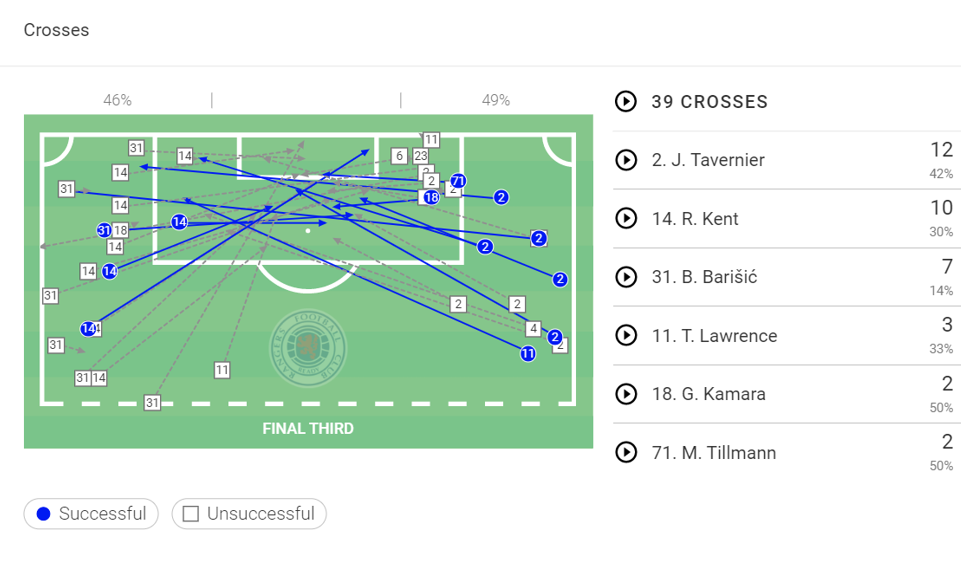 Rangers showed domination on the ball and attempted 721 passes with an 88.9% success rate. These 721 passes included 39 crosses, and the players managed to deliver 12 crosses. The above viz shows all the crosses that were attempted. James Tavernier was the main threat as he attempted 12 crosses and successfully delivered five of them. They failed to deliver most of the crosses from the left flank. One thing that can be observed is that Rangers players penetrated the box mostly from the right side. 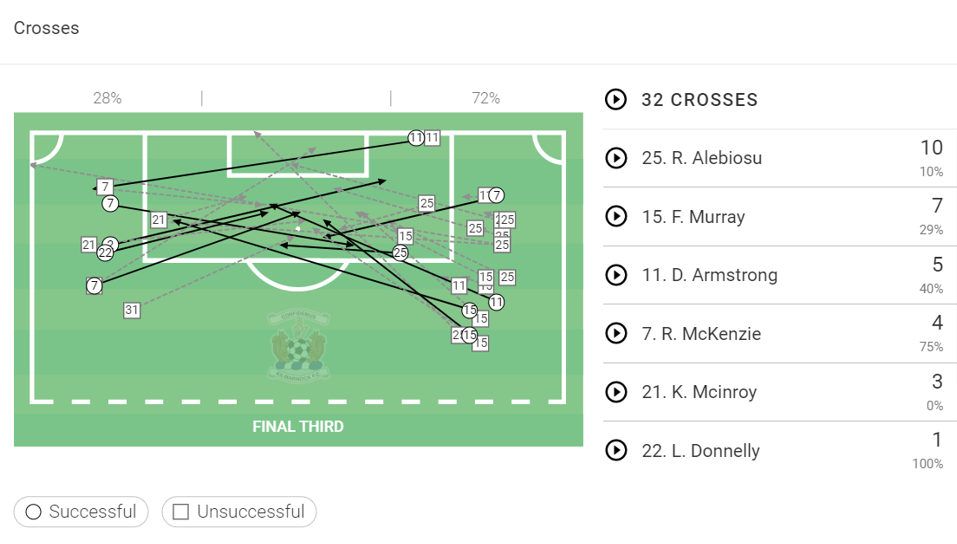 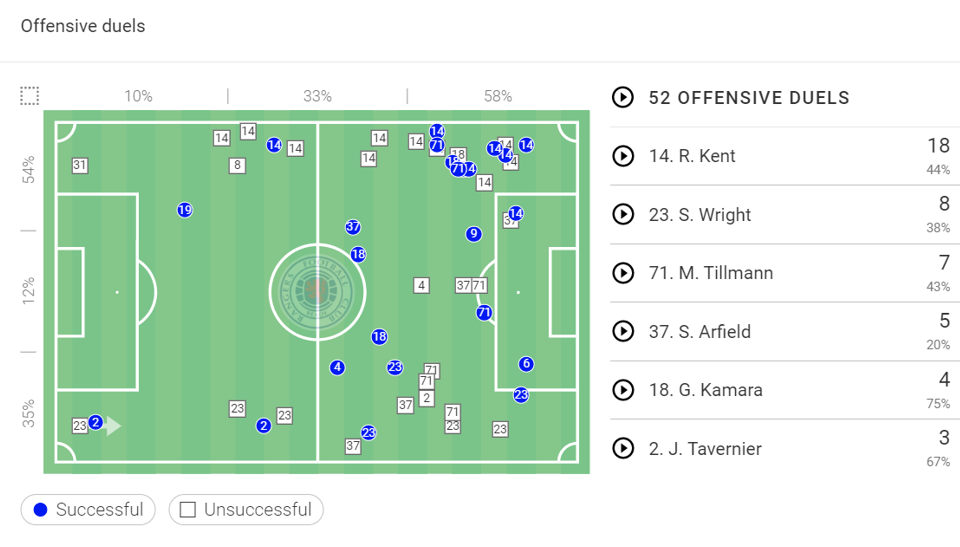 With Rangers playing against a newly promoted team, one can expect total domination from the Scottish Premiership’s runners-up from last season. In the previous match, the Gers contested 187 duels and won 54.01% of them. They contested most of the duels on the flanks, especially on the left side. Rangers dominate from the right side, and Kilmarnock also showed the same in the last match. We can expect most of the duels to be contested on the flanks. The above viz shows the offensive duels of Rangers. The team contested 52 and won 23 of them.

Kilmarnock contested 245 duels in their match with a 52.65% success rate. They contested most of the duels on the right flank and inside their half. This means that Rangers will have to work it out to get past their defence in this match.

Rangers will be without John Souttar, and this could open the door for Ben Davies to get his first start in the Scottish Premiership. The Gers are unlikely to make other changes to the team. Kilmarnock have no new injury concerns and might line up in the same formation.

Rangers will enter this match as the favourites. Both teams will focus on attacking from the flanks and make the necessary changes to stop the crosses from getting into the penalty box.