Rangers will look to return to winning ways when they face Motherwell at Ibrox Stadium in the Scottish Premiership. The home team is now three points behind Celtic after their 1-1 draw against Dundee United in the previous round but enters this match after knocking Borrusia Dortmund out of the UEFA Europa League. Motherwell, on the other hand, played a 1-1 draw against Aberdeen in the previous round. 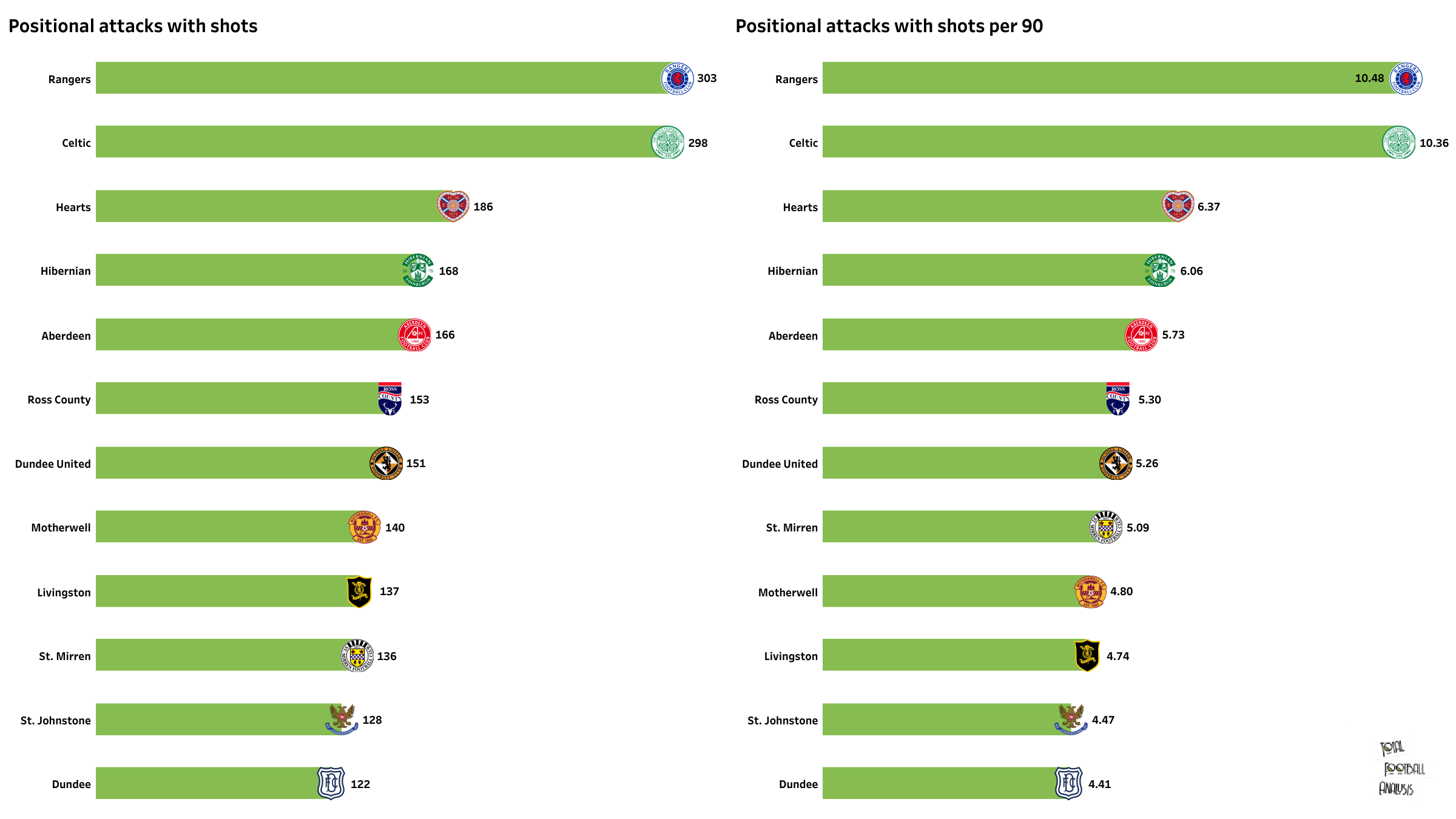 Rangers have won 19, drawn six, and lost two games this season, trailing Celtic by three points. They have scored 56 goals, with the second-highest xG rate of 56.48. In return, they have conceded 22 goals and an average of 0.7 goals per 90 minutes. Rangers have created the second-highest number of positional attacks this season. They have created 1033 attacks and have attempted the most shots with those attacks. Celtic have created 80 more attacks but have attempted fewer shots than Rangers. 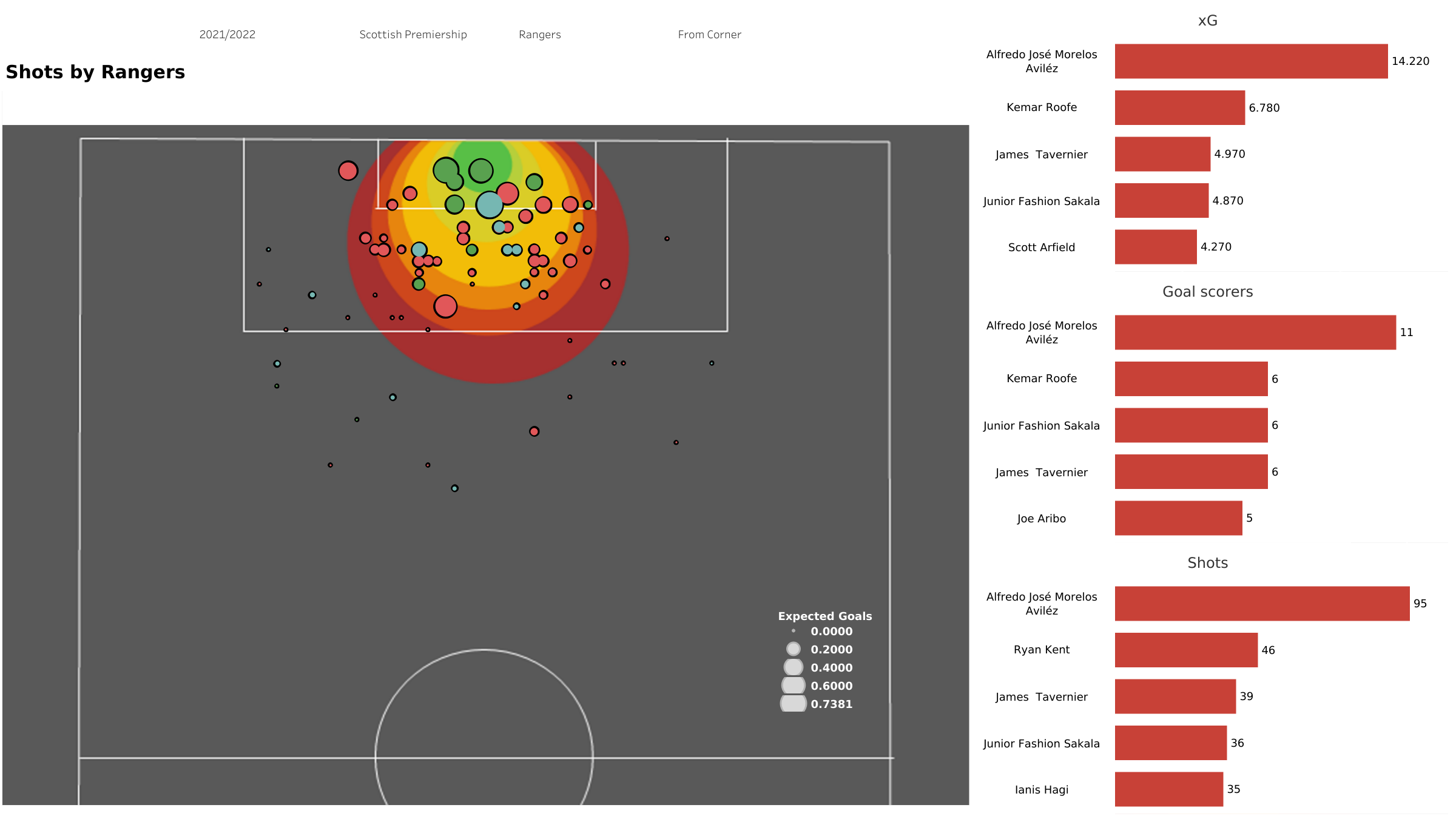 The defending champions have attempted 486 shots this season and an average of 16.81 shots per 90 minutes. Of these 486 shots, 176 were on target. Giovanni van Bronckhorst’s side has attempted 309 shots from inside the opposition’s penalty box, and 122 of them have been on target. The above viz shows all the shots attempted by Rangers from corners. They have managed to score six goals from inside the opposition’s 6-yard box and possess a lot of threats on corners and set-pieces.

Alfredo Morelos has attempted the most shots for his side. He has scored 11 goals and carries the highest threat rate. James Tavernier is also in red hot form after scoring two goals in midweek. Rangers have no new injury concerns and could go with the same lineup. 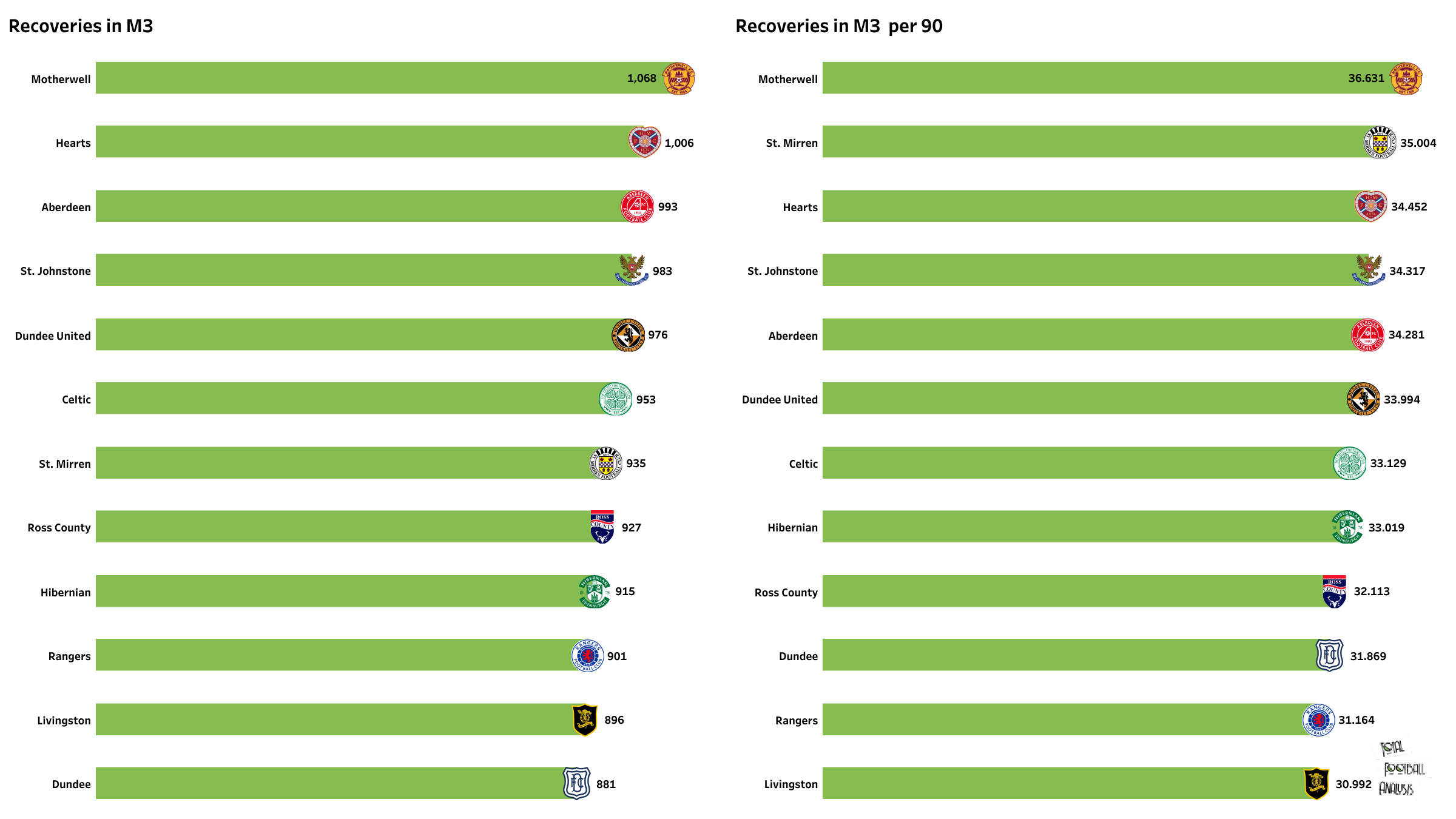 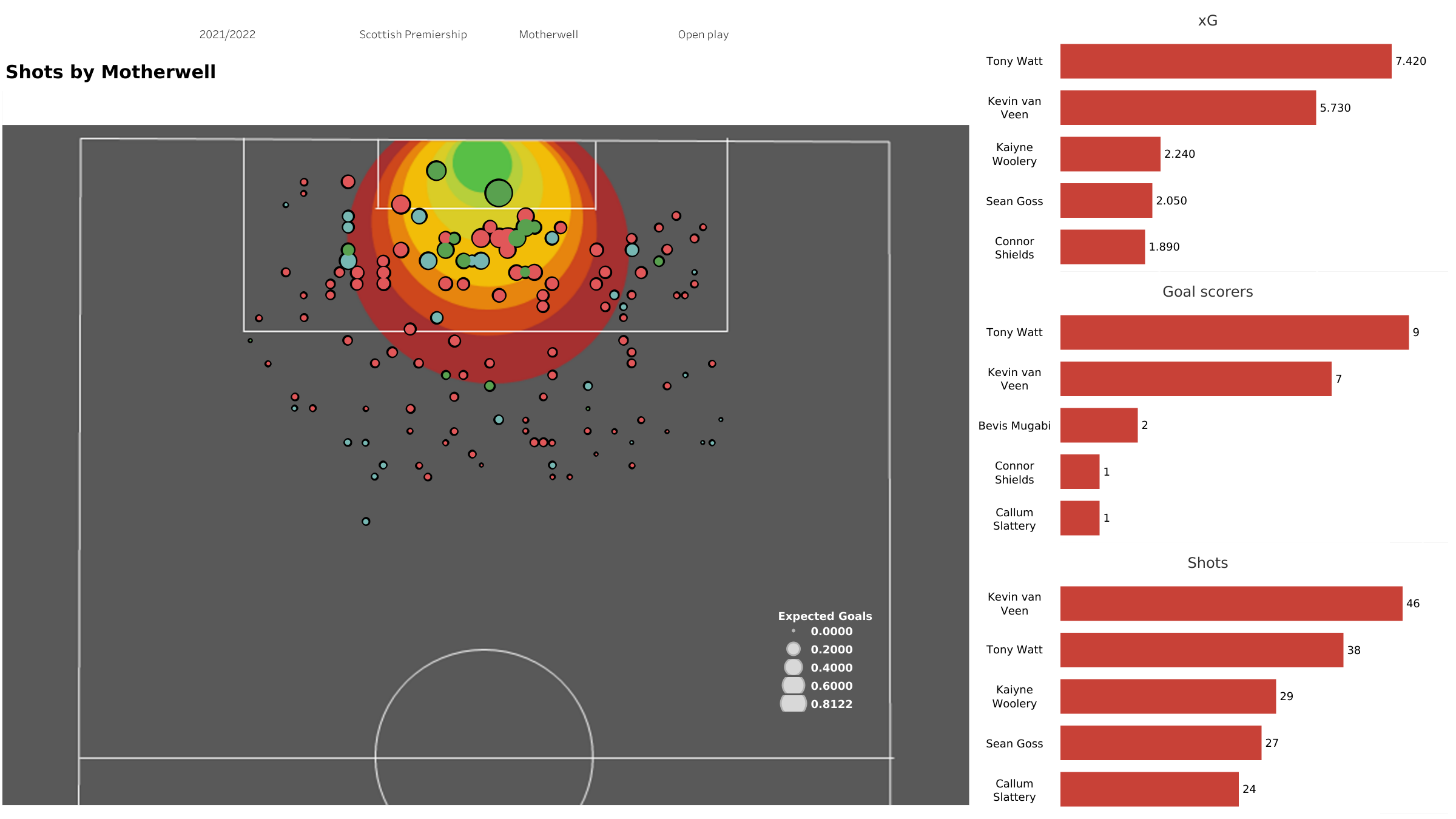 Kavin van Veen has attempted the most shots, but it is Tony Watt who has scored the most goals and created the highest threats for Motherwell this season.

Rangers will be high on confidence after their win in midweek. They are an attacking team and face an opponent who are struggling to defend. The home team scored six goals in the last fixture between the two teams and will be hoping to claim three points.