Ross County will welcome Hearts on Saturday in the Scottish Premiership. The home side will be looking to bounce back from their defeat before the international break, while the visitors have enjoyed fine form in their recent matches. Can Ross County move closer to fourth place?

Looking to break into the top four, Ross County will be hoping for a win against Hearts. They can potentially climb up to the fourth spot, provided that other teams competing for the spot fail to win their respective games. Following a decent run of form, the Staggies were thrashed 0-4 by the league leaders, Celtic. Two goals each on either side of the half ensured that Celtic took the win. Malky Mackay’s side would be looking to bounce back in the match against Hearts if they are to remain in contention for a top-four finish. County’s home form has been mixed this season, with five wins, six draws, and four losses. Kayne Ramsay is suspended for the match as he was sent off in the loss against Celtic. David Cancola made his return from injury in the previous match and might get an opportunity as a substitute, while Josh Simms has not been declared match fit. 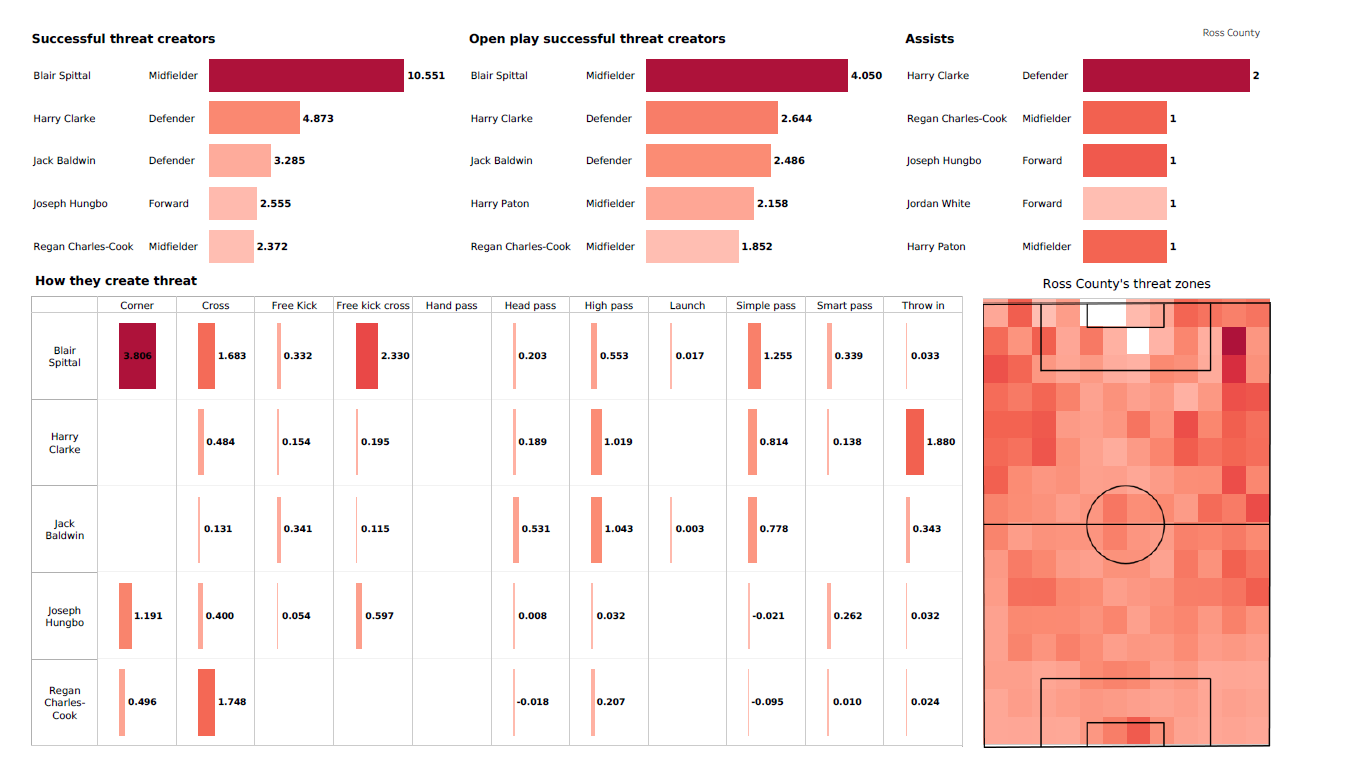 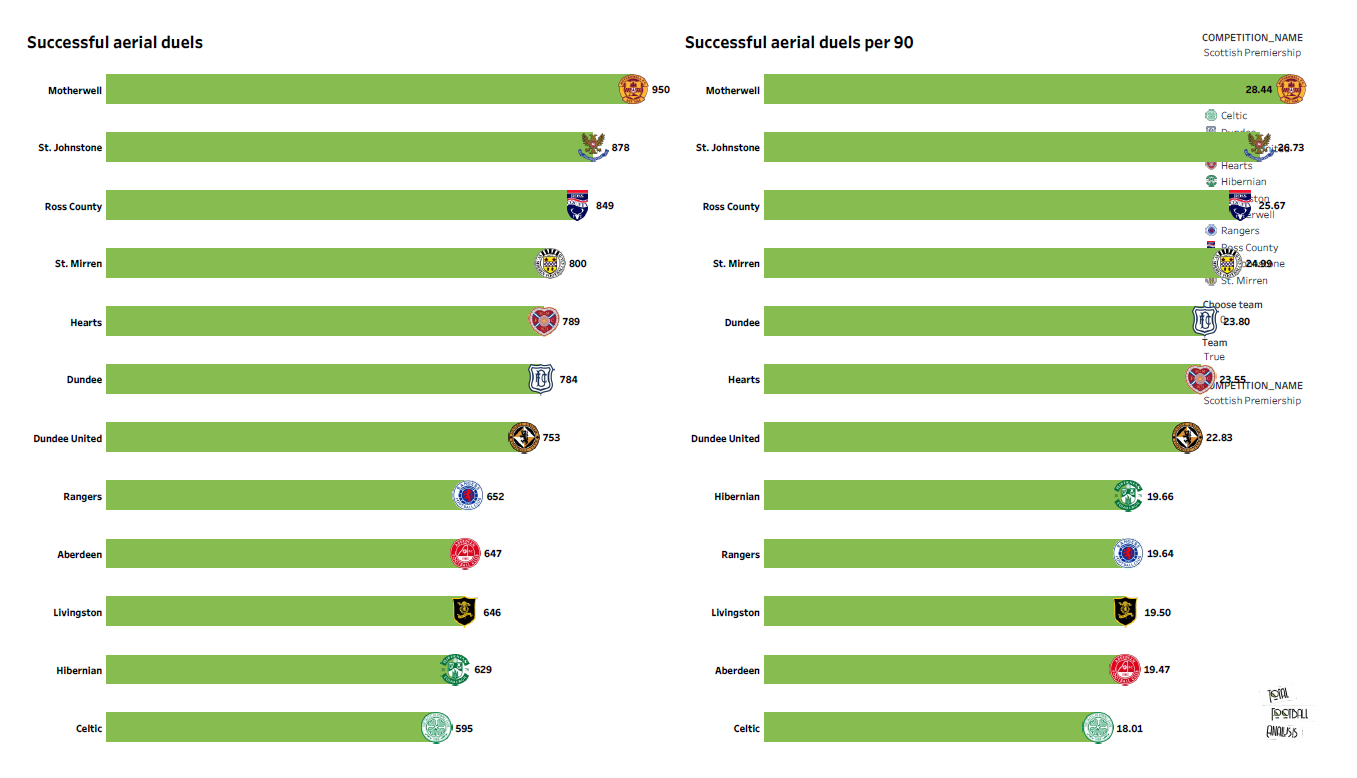 Ross County have won the third-highest number of aerial duels in the league. They average 25.67 successful aerial duels per match.

Hearts have been enjoying a decent run of form in their recent matches. They sit comfortably in third place with 15 wins, eight draws, and eight losses in 31 matches, 14 points above fourth-placed Dundee United. The Jambos are undefeated in their previous five matches in all competitions and would be looking to add to their wins on Saturday. They have an impressive record at home this season, securing 20 points from 15 games. In their previous match in the league, Hearts took a 2-0 victory against Livingston. Beni Baningime gave his side an early lead in the first half, while Barrie McKay added another in the 58th minute, sealing the win for his side. Hearts won in the most recent match between the two teams, while both teams took one point each in their first match of the season. The Jambos will be without Baningime as he is set to miss out on the rest of the season due to an injury. 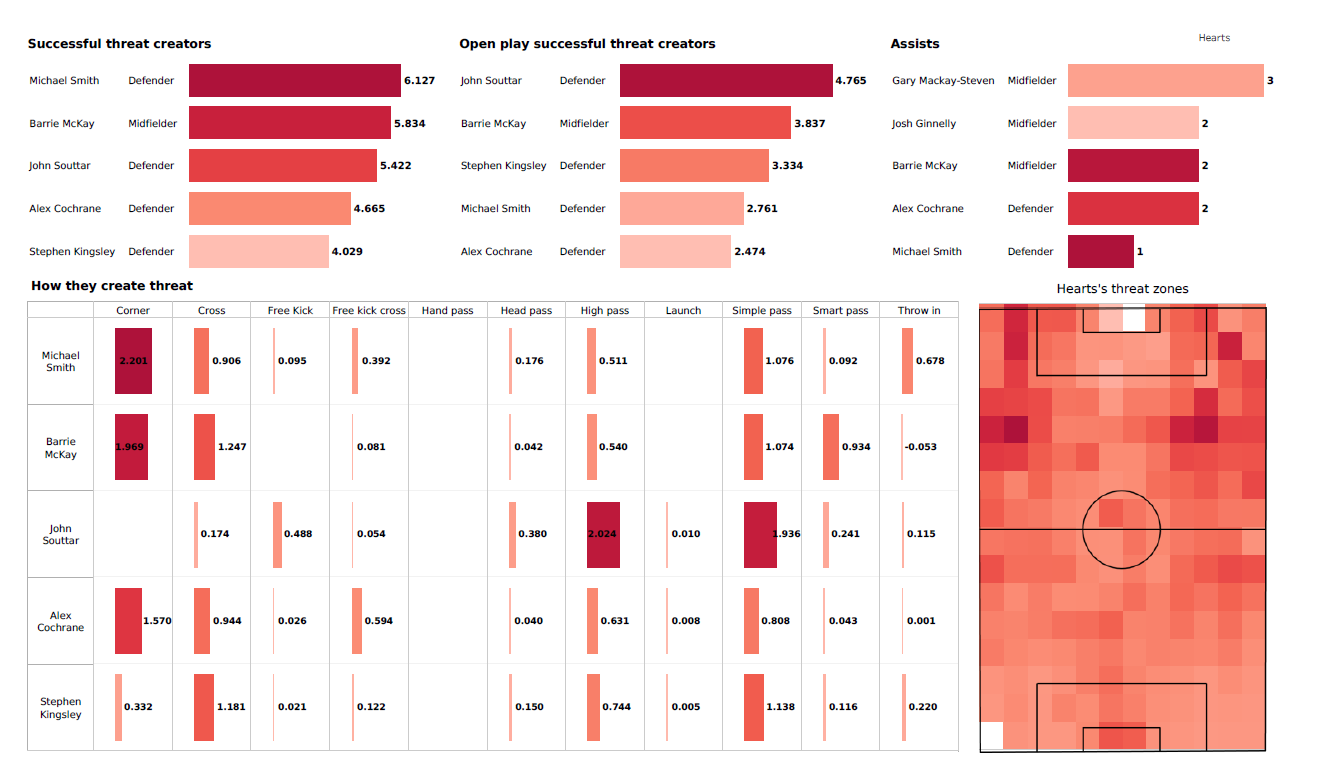 Michael Smith has created the highest overall threat for Hearts this season, while John Souttar has been the most successful threat creator from open play. Mackay-Steven has three assists to his name. We can see that Hearts have created a high threat from multiple areas in the opponent’s half. They have been threatening in the half-spaces on both left and right wings. 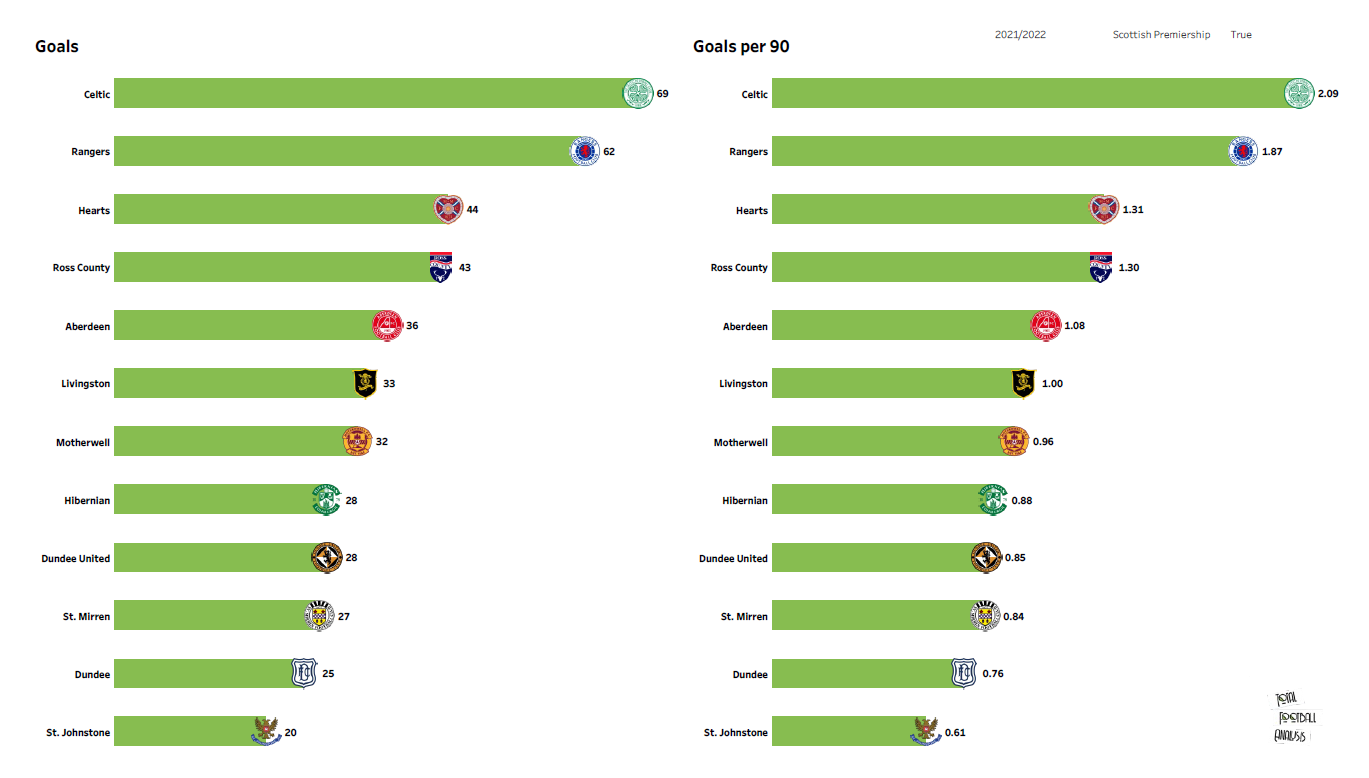 Hearts have scored the third-highest number of goals this season. They average more than one goal per match.

Hearts head into the match as the stronger side. They should be able to take the win.