St. Johnstone are set to welcome Hearts on Saturday in the Scottish Premiership. Both teams are placed on the opposite side of the league table. Can Hearts improve their recent decline in form?

St. Johnstone have struggled to find consistency throughout the season. They are without a win in their previous three matches in the league and have taken just one victory in their recent five. In their recent away match at Aberdeen, the Saints took the lead early in the first half through Callum Hendry. However, Aberdeen were awarded a controversial penalty in the second half and leveled the score-line via Lewis Ferguson, taking one point from the match in the process. The draw proved insufficient to move the Saints off the bottom of the table, and they are still placed in the relegation zone. A win against the Hearts in their upcoming match will see them move above Dundee. Zander Clark and Melker Hallberg are set to miss out on the match due to injuries, while Hendry is also doubtful to appear. In addition, Shaun Rooney, David Wotherspoon, and Chris Kane remain sidelined as well. 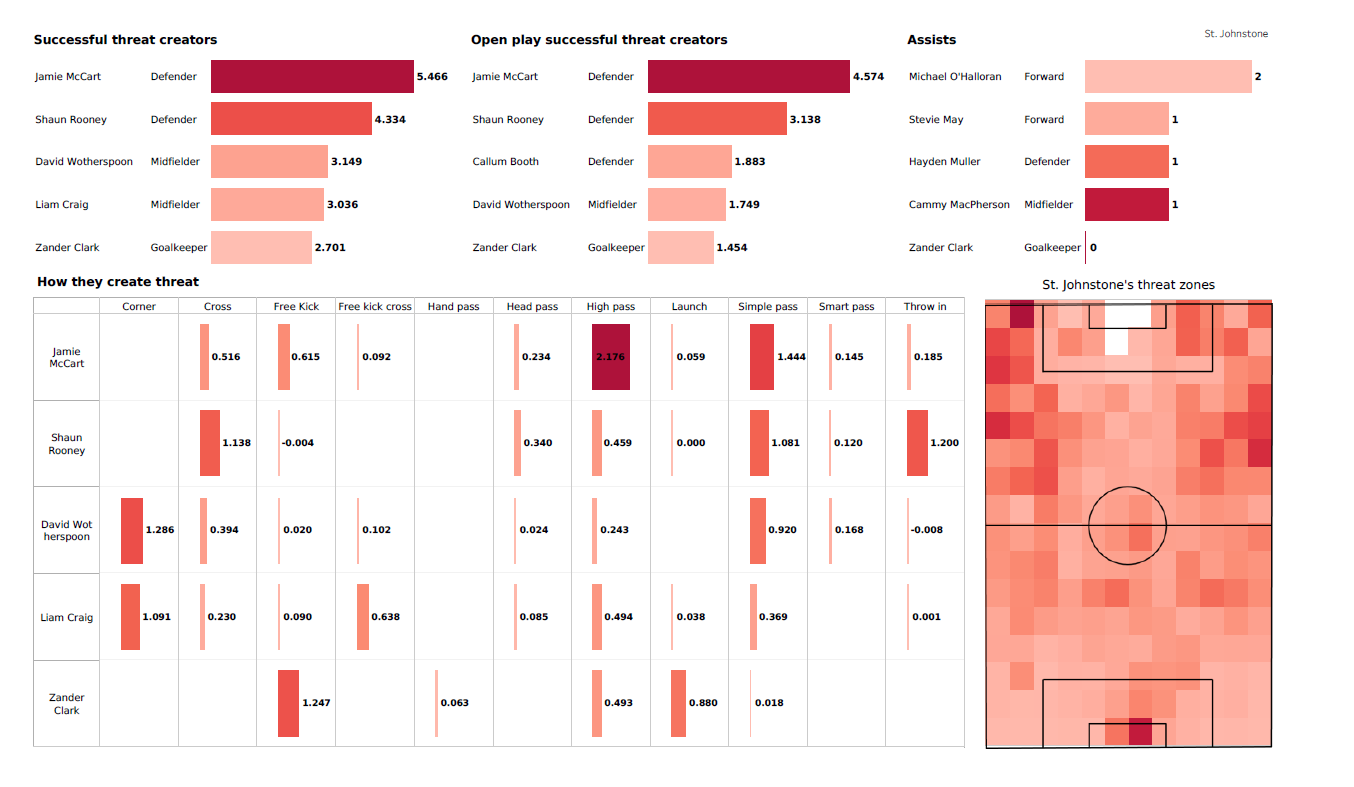 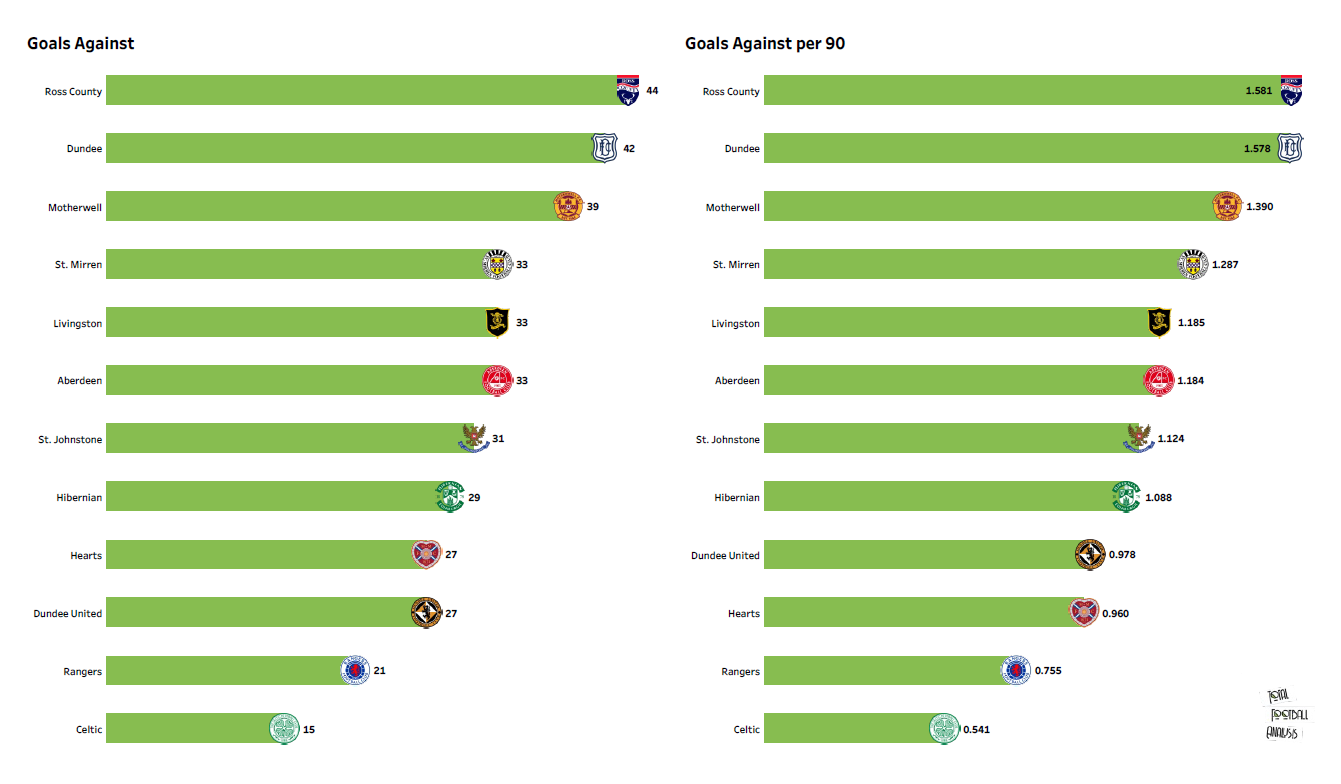 Although they are bottom of the table, St. Johnstone have been decent at the back. They have conceded the sixth-lowest goals in the league, averaging slightly above one goal conceded per match.

Despite a decline in their form in the recent matches, Hearts are comfortably placed third in the league, 10 points above Dundee United. The Jambos are winless in their previous three matches in the league, however, they moved past Livingston in the Scottish Cup last weekend after a goalless draw, winning the match through a penalty shootout. Hearts have been facing issues in finding the back of the net in their recent matches and would be looking to improve upon that area in their upcoming match against the Saints. Michael Smith could be in contention to make an appearance after returning in his side’s recent victory in the Scottish Cup. Liam Boyce should take his place in Robbie Neilson’s attacking lineup, as he was rested in the previous match. 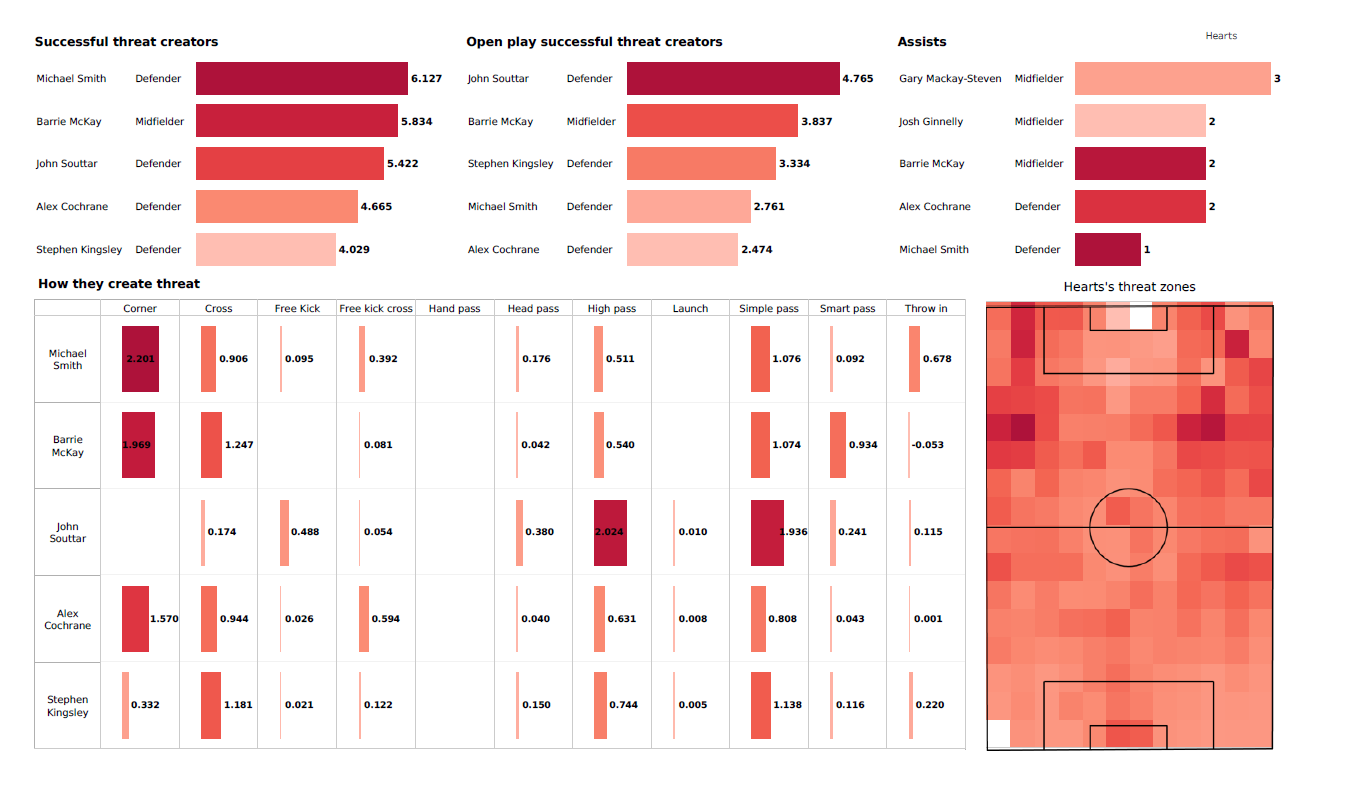 The above viz. highlights the threat creation zones and successful threat creator for Hearts. Michael Smith has created the most overall threats for his side while John Souttar leads the charts in terms of successful threats created from open play. Hearts have been successful in creating threats in the half-spaces on both left and right wings. 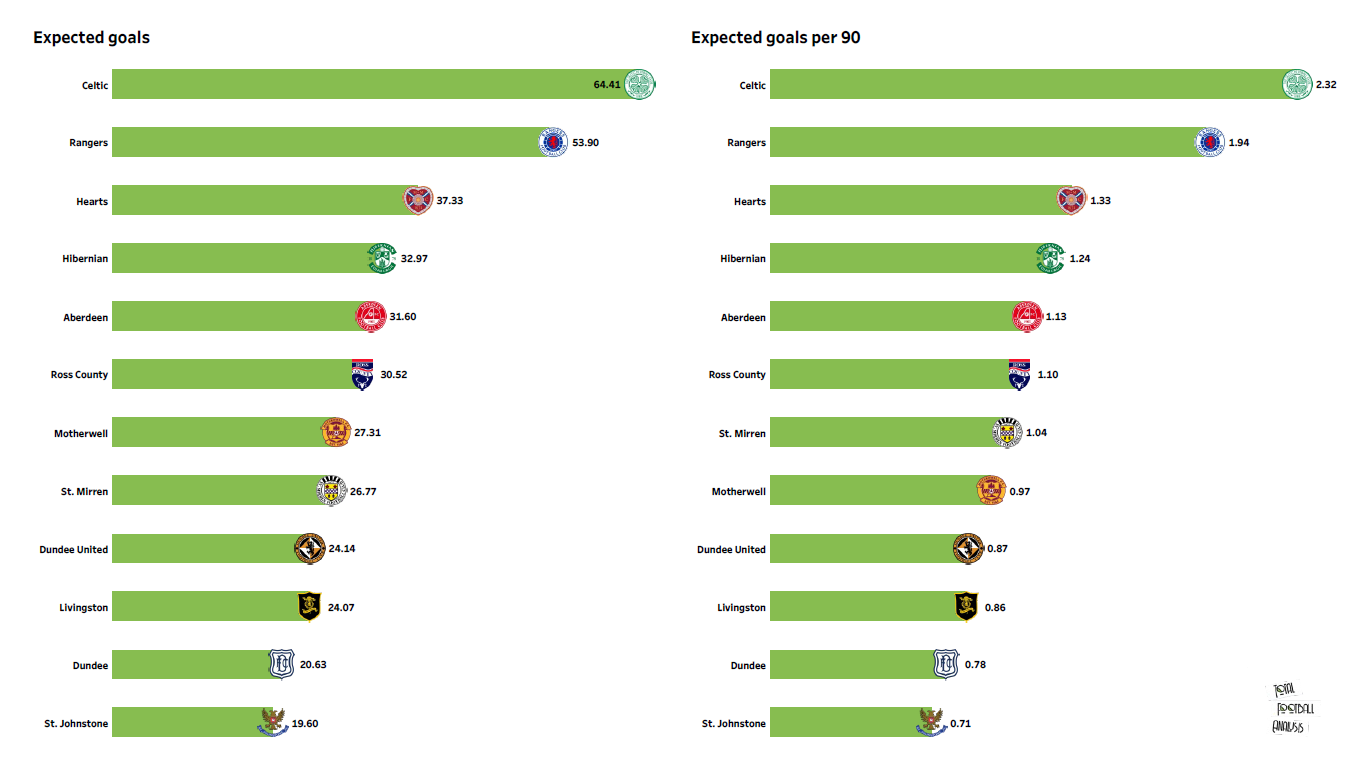 In terms of expected goals, Hearts are currently placed third in the league. They have scored 35 goals so far this season. Their xG of 37.33 indicates that they have underperformed on their xG. The Jambos have an average xG of 1.33 per match.

The Jambos have struggled in front of the goal in recent matches while St. Johnstone have managed to hold teams to a draw. Both teams should take one point each in this match.