Last season’s relegation-threatened team, St. Johnstone, will play host to Hibernian at McDiarmid stadium in the Scottish Premiership. Both teams played four times against each other last season and Hibernian remained unbeaten with ten points against their opponents in these matches.

St. Johnstone had a season to forget last time as the team had to confirm their stay in the top division by playing a relegation and promotion play-off match. They finished with 35 points in 11th position, six points above the relegated team, Dundee. St. Johnstone won eight matches, drew 11 and lost 19. They were the lowest goal-scoring team in the league, scoring just 25 goals. They conceded a whopping 51 goals, which was twice than what they scored. 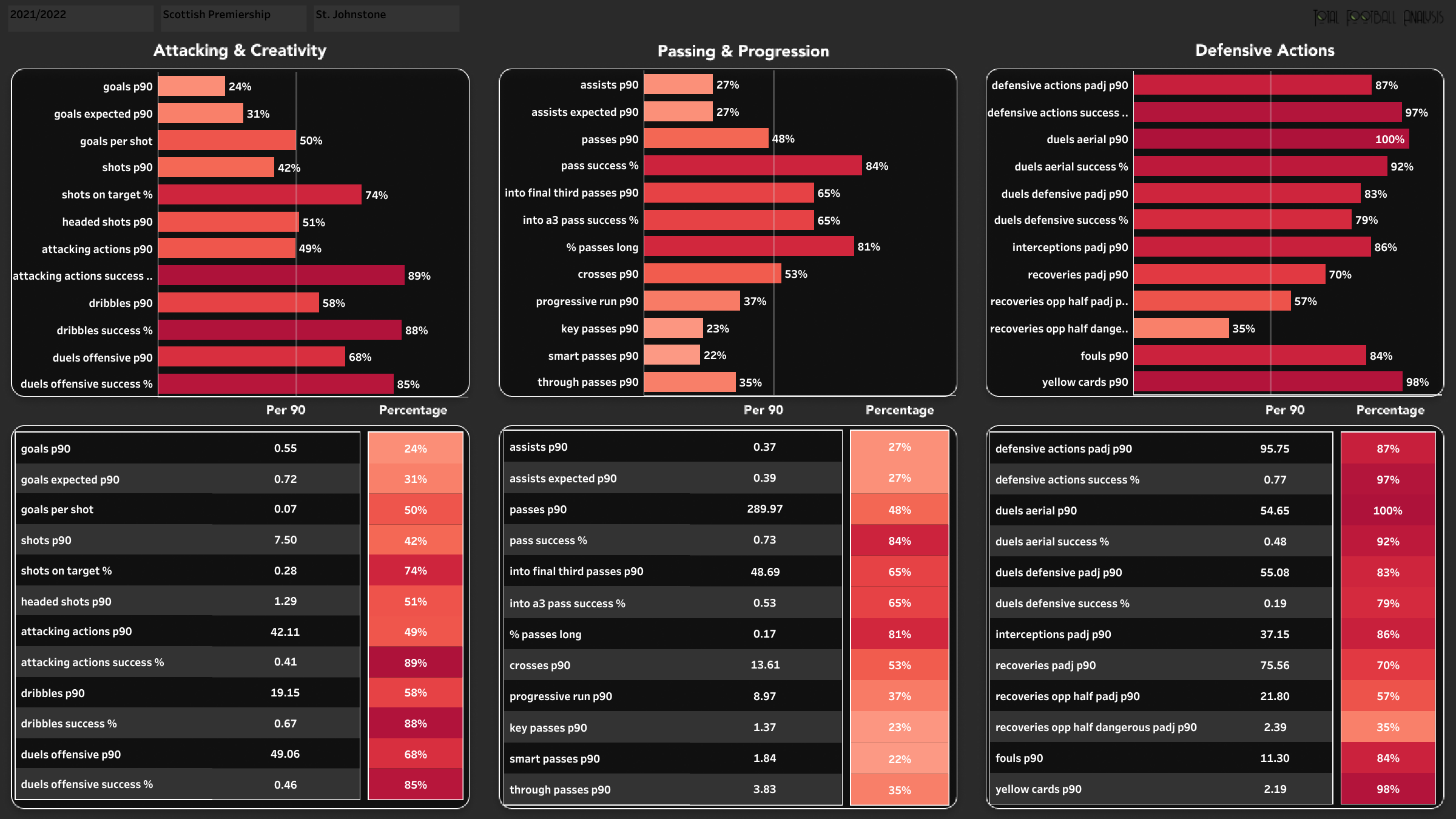 The above viz shows the attacking, passing, and defensive stats of St. Johnstone from the last season. When looking at the above chart, the general rule is that the longer the bar, the better the performance — you can see the league average in the middle, and the % is the percentile rank the player is in. We can observe that St. Johnstone struggled to attack, and their struggles can also be noted in the passing department. The team lacked quality in both areas, and that was the reason behind their struggles in the league. Defensively, the team contested the highest number of aerial duels in the league and had a 48% win rate.

Alex Mitchell and Remi Matthews joined the team on a loan spell and could make their debut for the club.

Hibernian ended the season in the eighth position with 11 wins, 12 draws, and 15 losses. They earned 45 points in the season by scoring 38 goals and conceding 42. They had the third-best defence in the league and, once again, will be a hard team to beat next season. 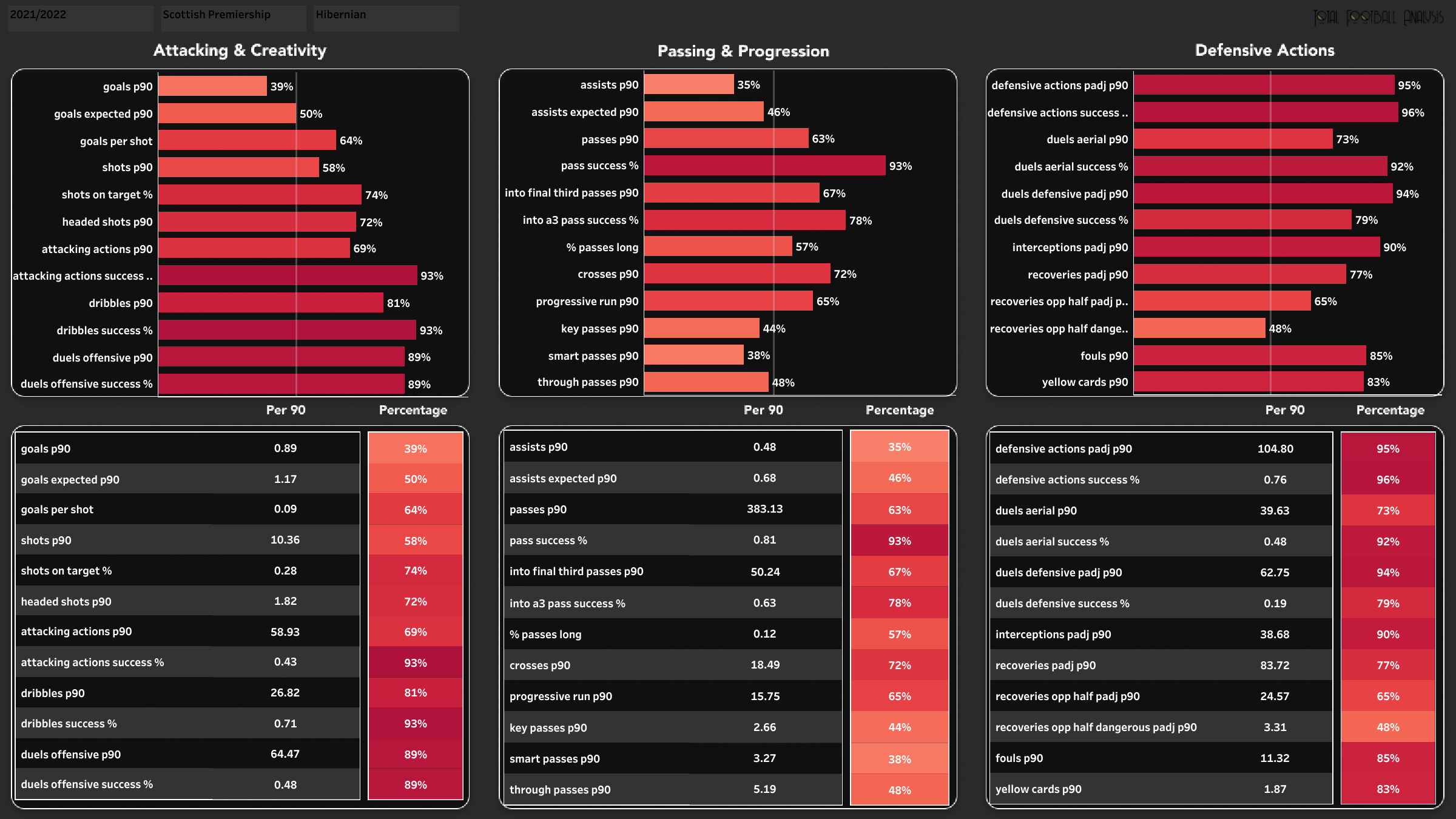 Hibernian had better attacking and passing stats than their opponents last season. They had a high attacking success rate along with a high dribbling success rate. Hibernian were ranked above average in the passing stats but were behind in attempting key passes, smart passes, and through passes. Defensively, the team was very sound and had a very high success rate for defensive actions per 90 minutes. The defensive duels win percentage was high, along with a high interception rate.

Hibernian will remain the favourites to take three points from this game. Their defence will not allow St. Johnstone to score easy goals, and they will try to earn the momentum in the first match itself.