Livingston will travel to McDiarmid Park to take on St. Johnstone, as Scottish Premiership resumes after the international break. The home side still sit in the relegation zone while the visitors are winless in their previous two matches. Can St. Johnstone reduce the gap to a safe zone?

St. Johnstone had seen a slight revival in their form before the international break, picking up four points in their last two matches. The Saints held Hibernian to a draw before taking three points against Motherwell at home. As a result, the Saints have closed the gap to the safety spot with six wins, nine draws, and 16 losses in 31 matches. In the match against Motherwell, the Saints came from behind to take the win in the 91st minute via Callum Hendry’s goal. St. Johnstone’s form at home has been a cause for concern as they have won just three games out of 16 at McDiarmid Park this season. They would need to carry their momentum in the upcoming matches if they are to challenge for survival in the league, as they currently sit at 11th spot – eight points below 10th placed Aberdeen. Callum Hendry should lead the attacking line after a brace in the previous match. James Brown is doubtful to make an appearance in the upcoming match against Livingston. 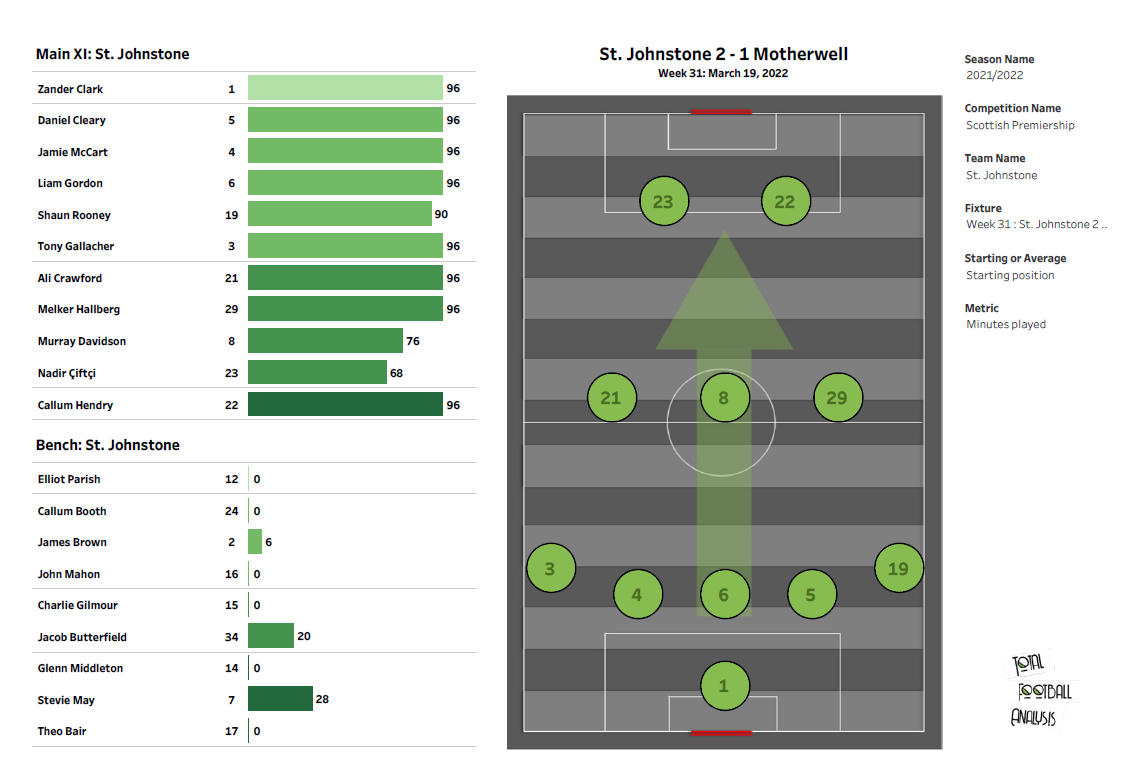 In the above viz, we can see the Saints’ lineup in their win against Motherwell. St. Johnstone lined up in a 5-3-2 formation. Callum Hendry led the attack with support from Nadir Ciftci. The three-man midfield included Ali Crawford, Murray Davidson, and Melker Hallberg. Daniel Cleary, Jamie McCart, and Liam Gordon were the three centre-backs, while Tony Gallacher and Shaun Rooney occupied the wing-back spots. 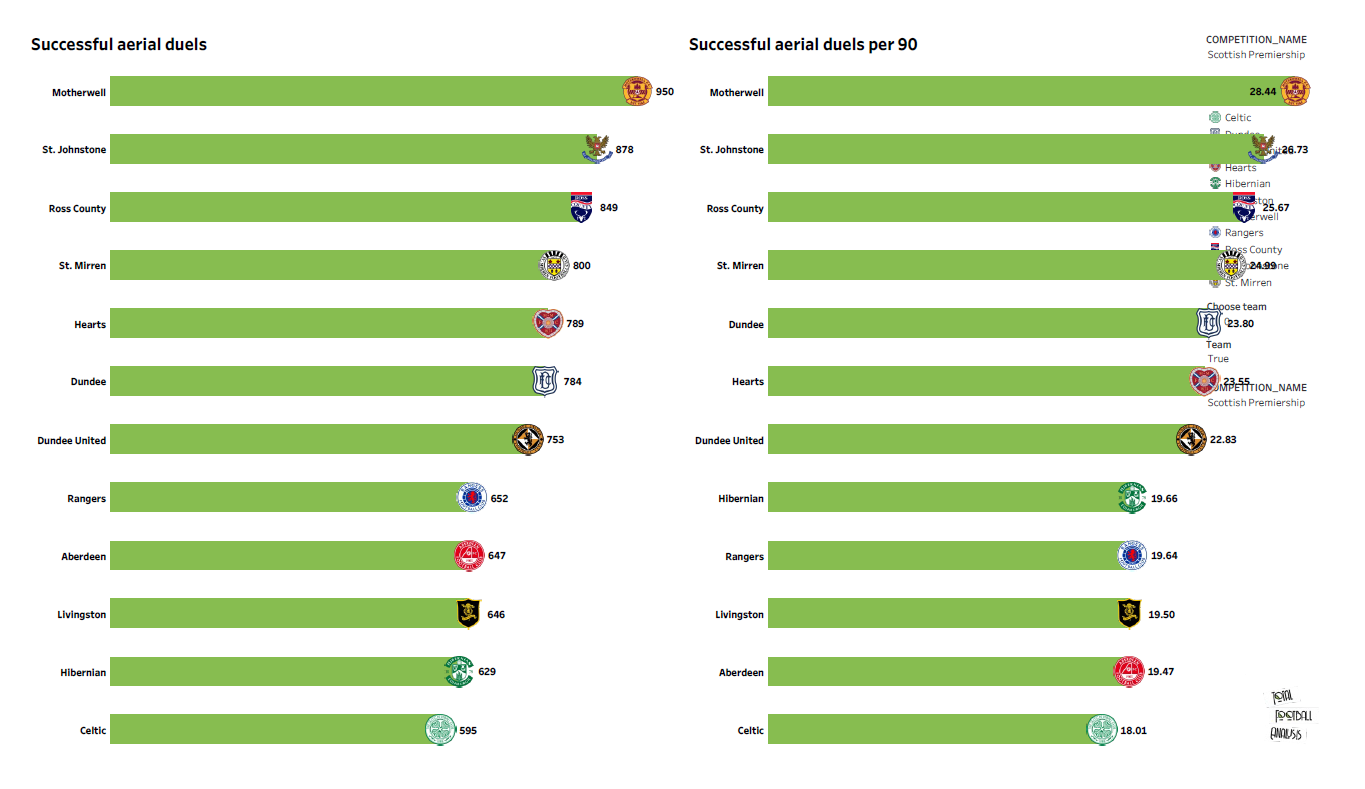 St. Johnstone have won the second-highest aerial duels in the league currently. They average 26.73 successful aerial duels per match.

Livingston have dropped points in back-to-back matches. Although they are still in the top half of the table, other teams have closed the gap. Defeats against Celtic and then against Hearts mean that Livingston are hanging on to their sixth place in the league, with 10 wins, seven draws, and 14 losses in 31 matches. In their previous game against Hearts, goals from Baningime and Mckay on either side of the half-time ensured the victory for their side. Three points in their upcoming match would see them maintain their place in the league table; however, a defeat could see them drop multiple positions. The previous two matches between Livingston and St. Johnstone ended in a victory each for the teams. Bruce Anderson is doubtful to make an appearance in the upcoming match. 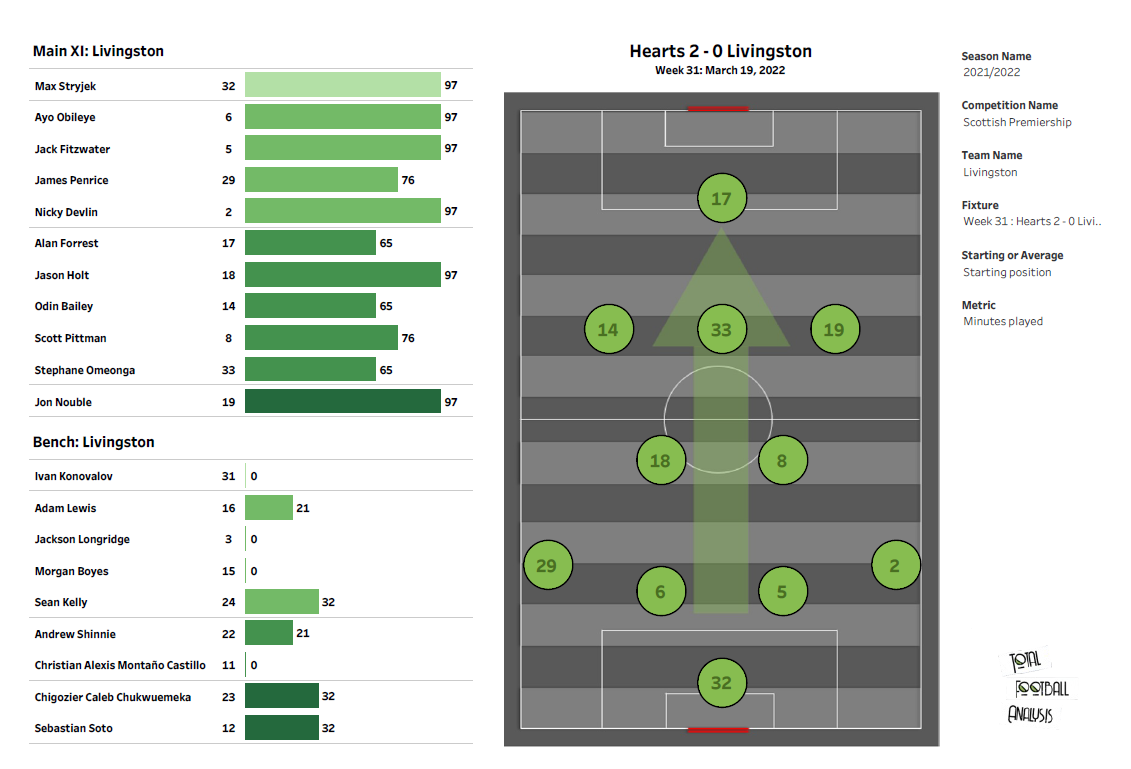 In their previous game against Hearts, Livingston lined up in a 4-2-3-1 formation. Allan Forrest led the attack with support from Stephane Omeonga as a number 10. Odin Bailey and Jon Nouble were the two wingers, while Jason Holt and Scott Pittman operated in the midfield pivot. Ayo Obileye and Jack Fitzwater were the two centre-backs, with James Penrice and Nicky Devlin operating as full-backs. 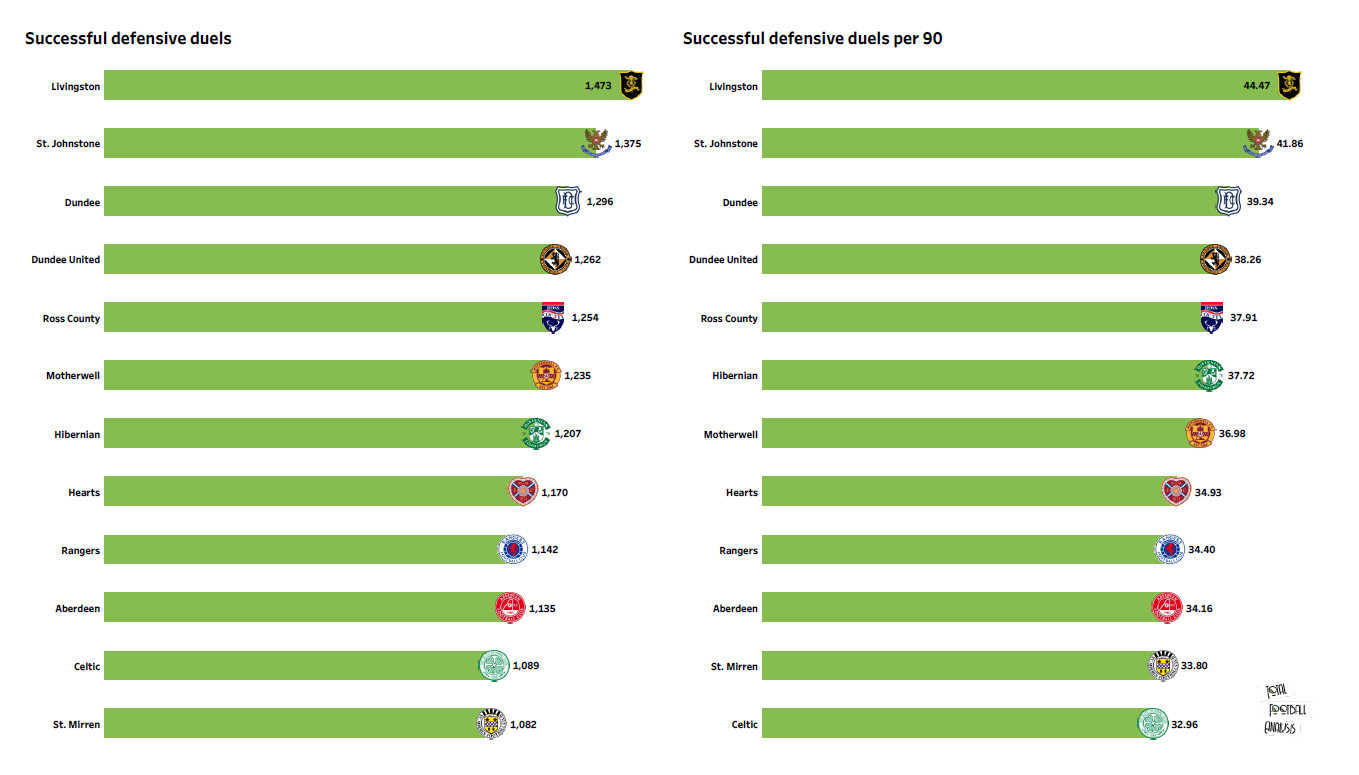 St. Johnstone head into the match in decent form. A draw is a likely scenario for this match.