St. Johnstone are set to welcome Rangers on Wednesday in the Scottish Premiership. The home side are battling for survival in the league while the visitors have dropped points in back-to-back games. Can the Gers put pressure on league leaders Celtic with a win?

St. Johnstone are involved in a relegation battle. They are under huge pressure as they are seven points behind the safety spot. In their previous match in the league, the Saints lost an important match against Ross County, despite taking the lead in the 24th minute. A brace from Charles-Cook and a strike from Hungbo saw the Saints fall to a 1-3 defeat. The Saints have lost two out of their previous five matches in the league. They are placed in the 11th spot with five wins, eight draws, and 15 losses in 28 games. The Saints would want to take three points at home in their upcoming match against Rangers, as fellow relegation candidate, Dundee, have a game in hand over them. However, their home record this season does not inspire confidence, having won only two games at home. Shaun Rooney, Craig Bryson, Cameron MacPherson, Chris Kane, and David Wotherspoon are all sidelined for the match on Wednesday. 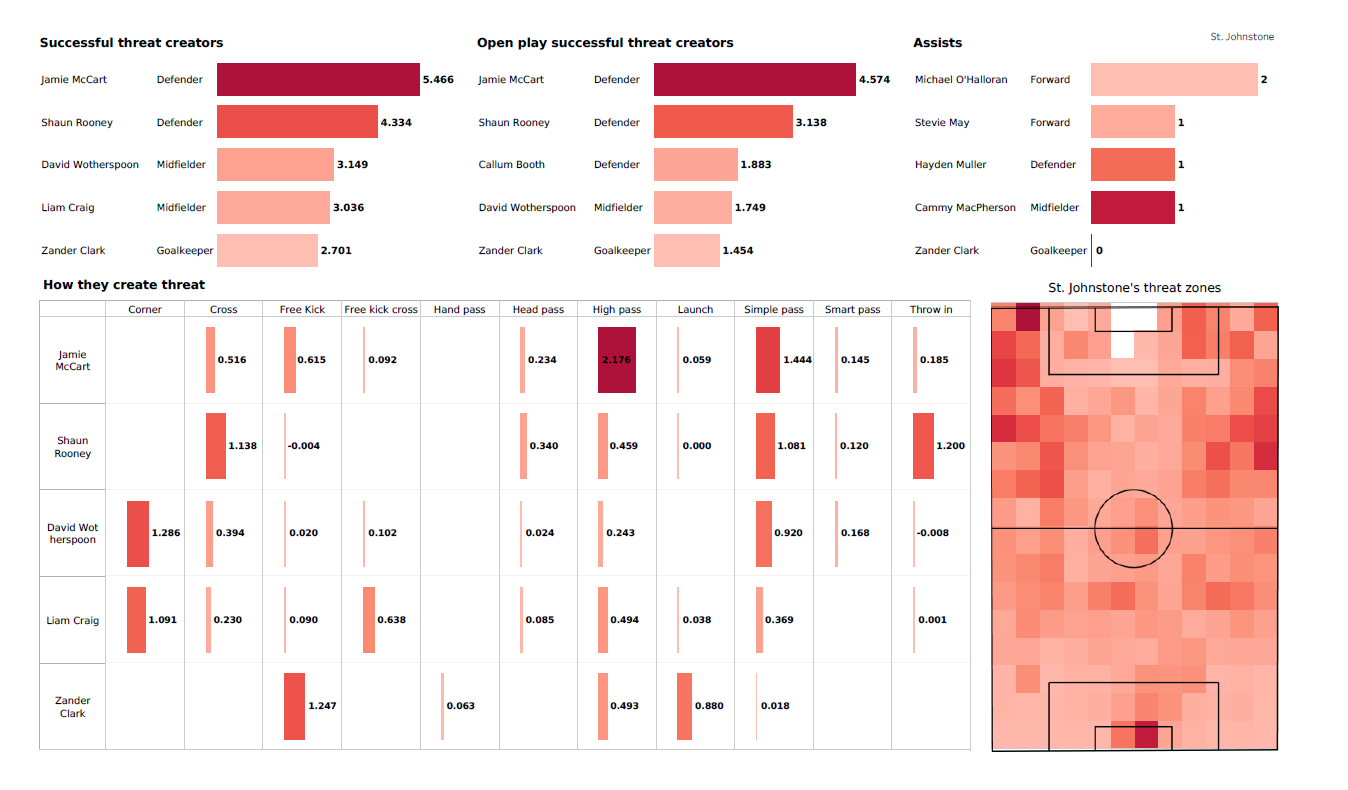 James McCart leads his side in terms of successful threats created, followed by Shaun Rooney. In addition, McCart has also created the highest threat from open play. The above viz. also highlights the locations on the pitch where the Saints have been threatening. We can see that they have created a high threat from wide areas on the left in the opponent’s half. 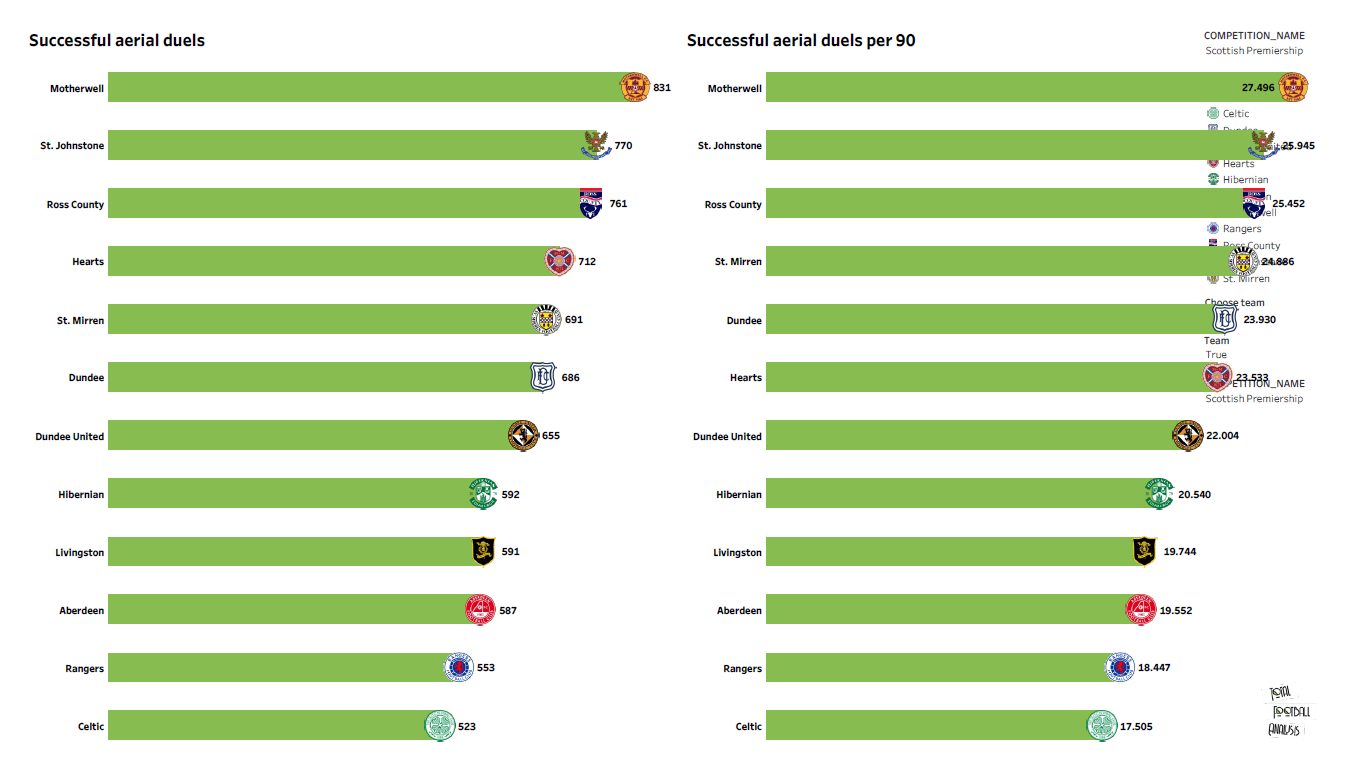 After failing to narrow the points gap with rival Celtic last weekend, Rangers head into the match without a win in their previous two matches in the league. As a result, they are placed in the second spot in the league, with 19 wins, seven draws, and two losses. The Gers failed to hold on to a two-goal advantage at halftime in the match against Motherwell and had to settle for a 2-2 draw. They have now dropped seven points in their previous five matches in the league. However, they could take some inspiration from their form in the Europa League after knocking out Borussia Dortmund. Rangers would be looking to add to their two wins against St. Johnstone this season in the upcoming match. Glen Kamara returned in the starting lineup in the previous match. Sakala, Kent, and Morelos should lead the attacking line for the Gers. 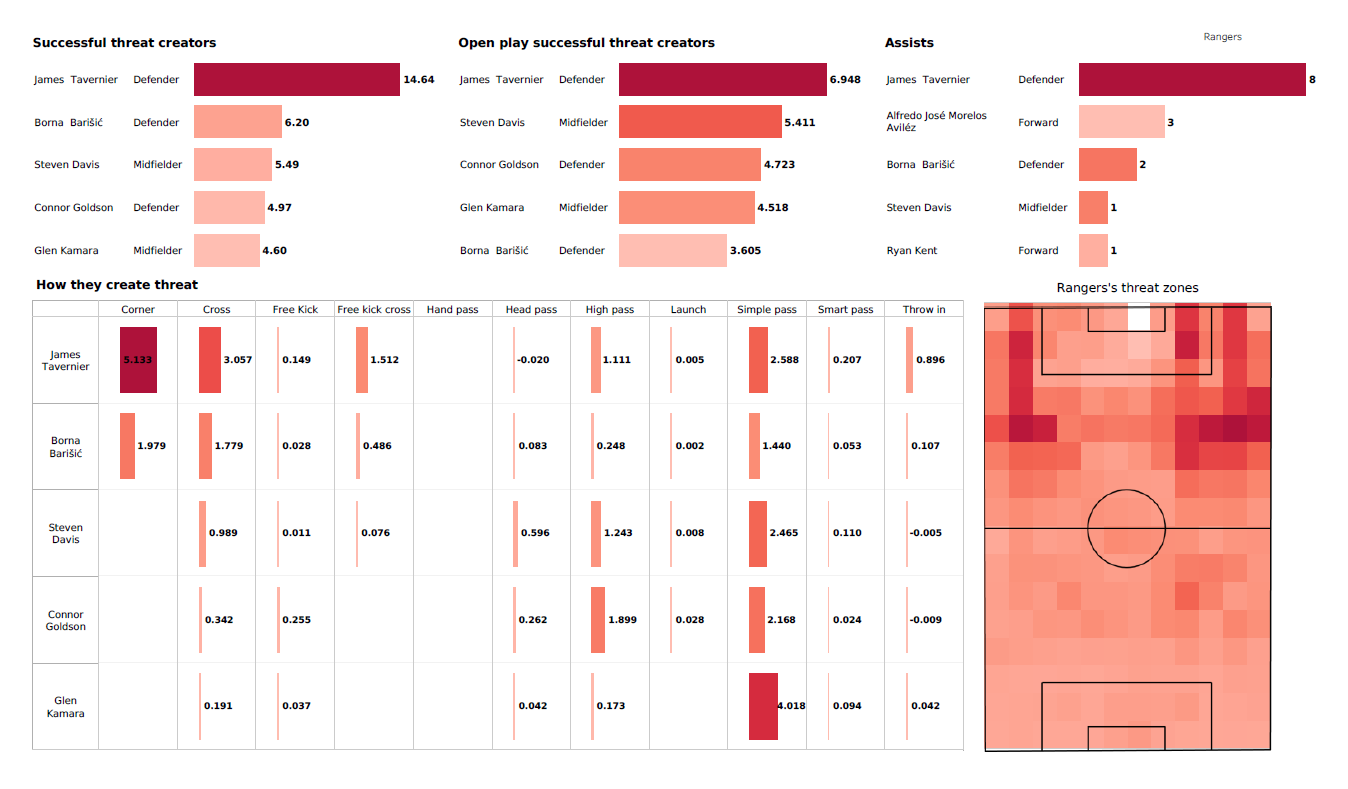 James Tavernier leads his side in terms of the overall threat created. He has also created the highest successful threat from open play, and currently leads the assists chart with eight assists. Rangers have created a high threat in the half-spaces on the left and right wings. 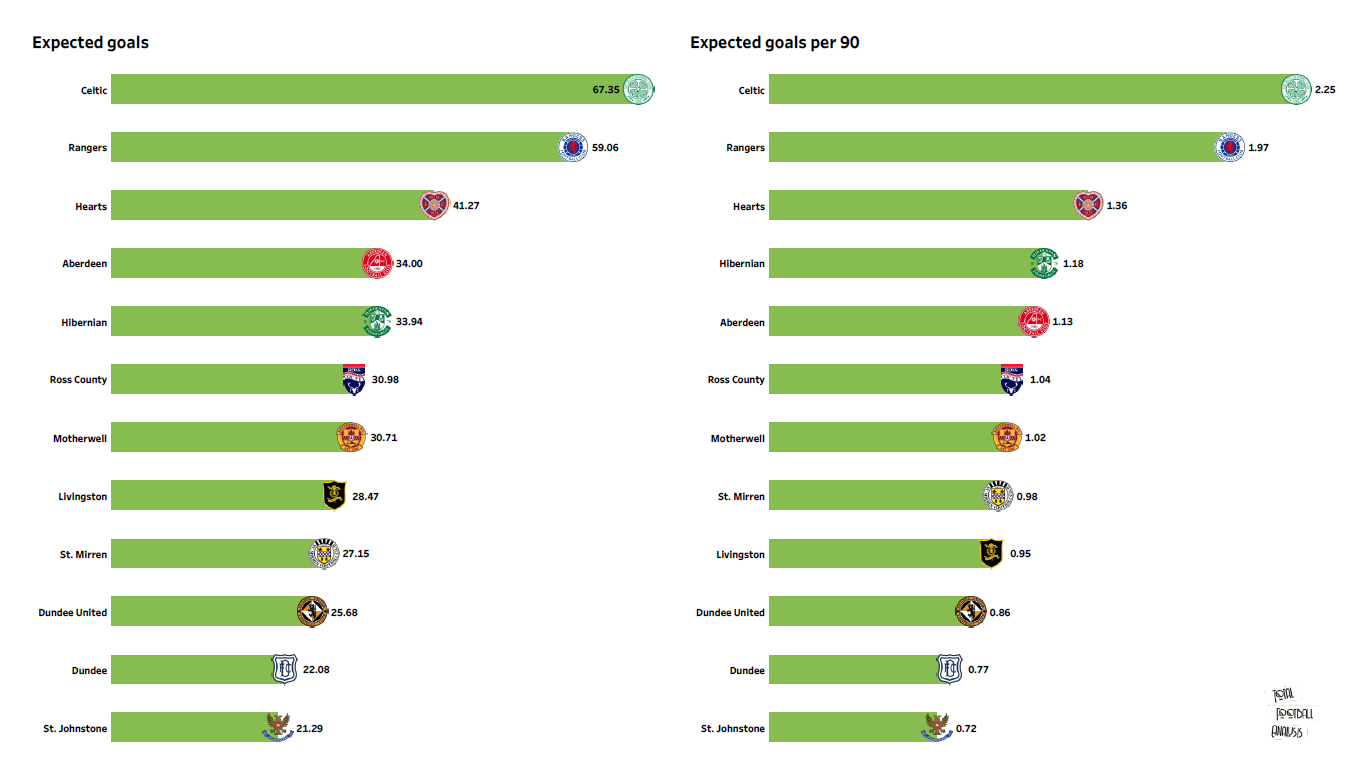 In terms of expected goals, Rangers are placed at the second spot in the league behind Celtic. They average more than one expected goal per match.

Rangers are stronger heading into the game and should be able to take a win against St. Johnstone.