St Mirren will host Motherwell at the SMISA Stadium in Round 22 of the Scottish Premiership. Both teams played out a 2-2 draw when they met last in the league. The hosts saw their last match canceled due to severe weather conditions, while Motherwell suffered a defeat against Hearts. 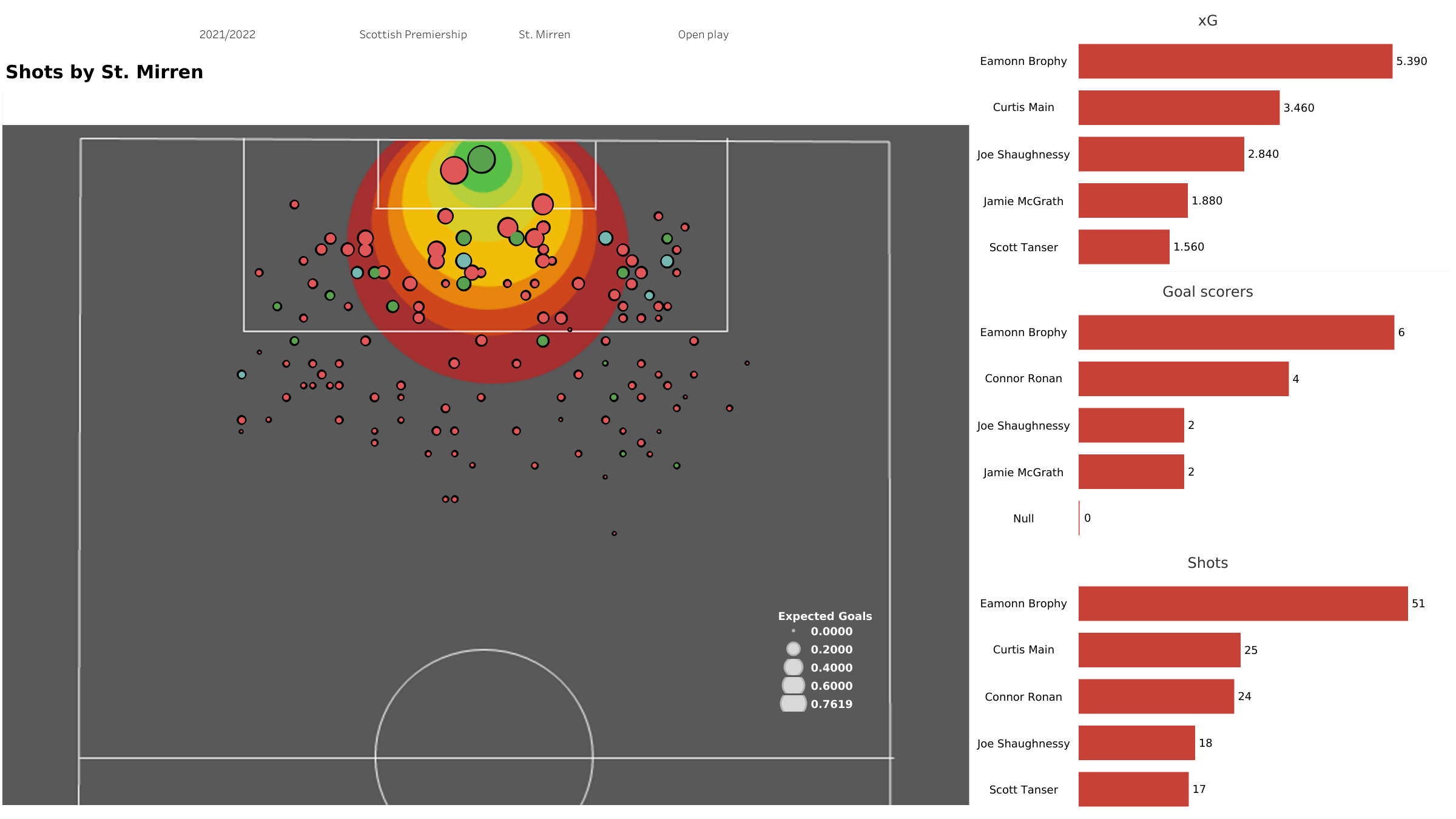 St Mirren have won five out of the 22 games played this season in the Scottish Premiership. They have scored 21 goals and conceded 32 goals. The xG rate of the team is 23.55, and their xGA is the second-highest in the league at 36.02. St Mirren attempted 219 shots and managed to hit the target 81 times. 96 shots out of the 219 attempted have been attempted from outside the opposition’s penalty box. The above shot map shows all the shots attempted by St Mirren players from open play. The team has scored a few goals from outside the opposition’s penalty box and from the right side.

Eamonn Brophy is the top goal-scorer for the team with six goals and has an xG rate of 5.39. St Mirren have one injury concern, with defender Connor McCarthy suffering an ankle injury. He would be assessed before the match. 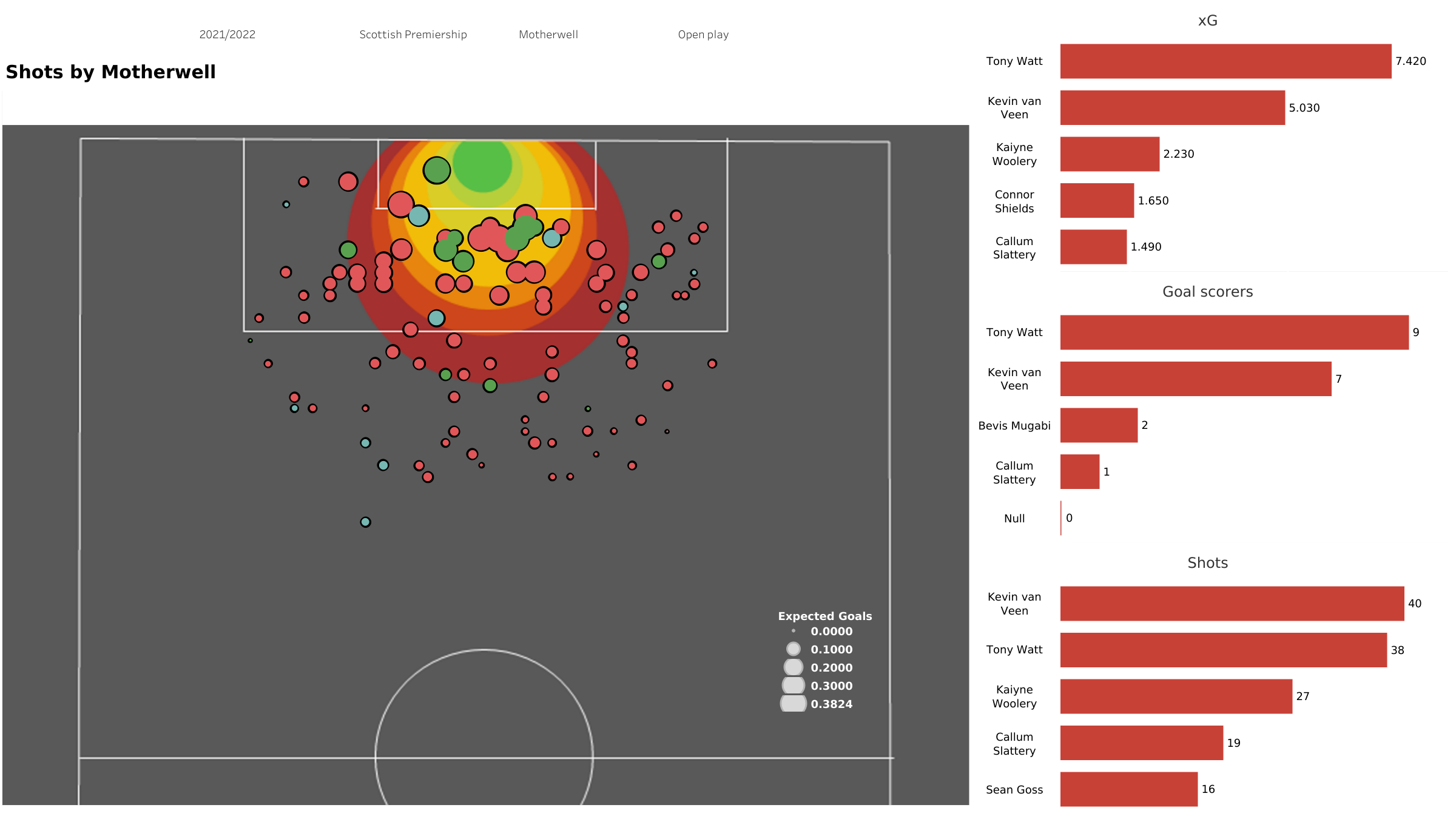 Motherwell have won nine games out of the 23 played this season. The visitors have scored 26 goals with an xG rate of 24.85 and conceded 32 goals with an xGA of 31.25. Motherwell players attempted 208 shots and managed to hit the target 77 times. 122 shots were attempted from inside the opposition’s penalty box, and 56 of those were on target. The above map shows that Motherwell players have attempted a lot of shots from around the penalty spot or between the 6-yard box and the penalty spot. 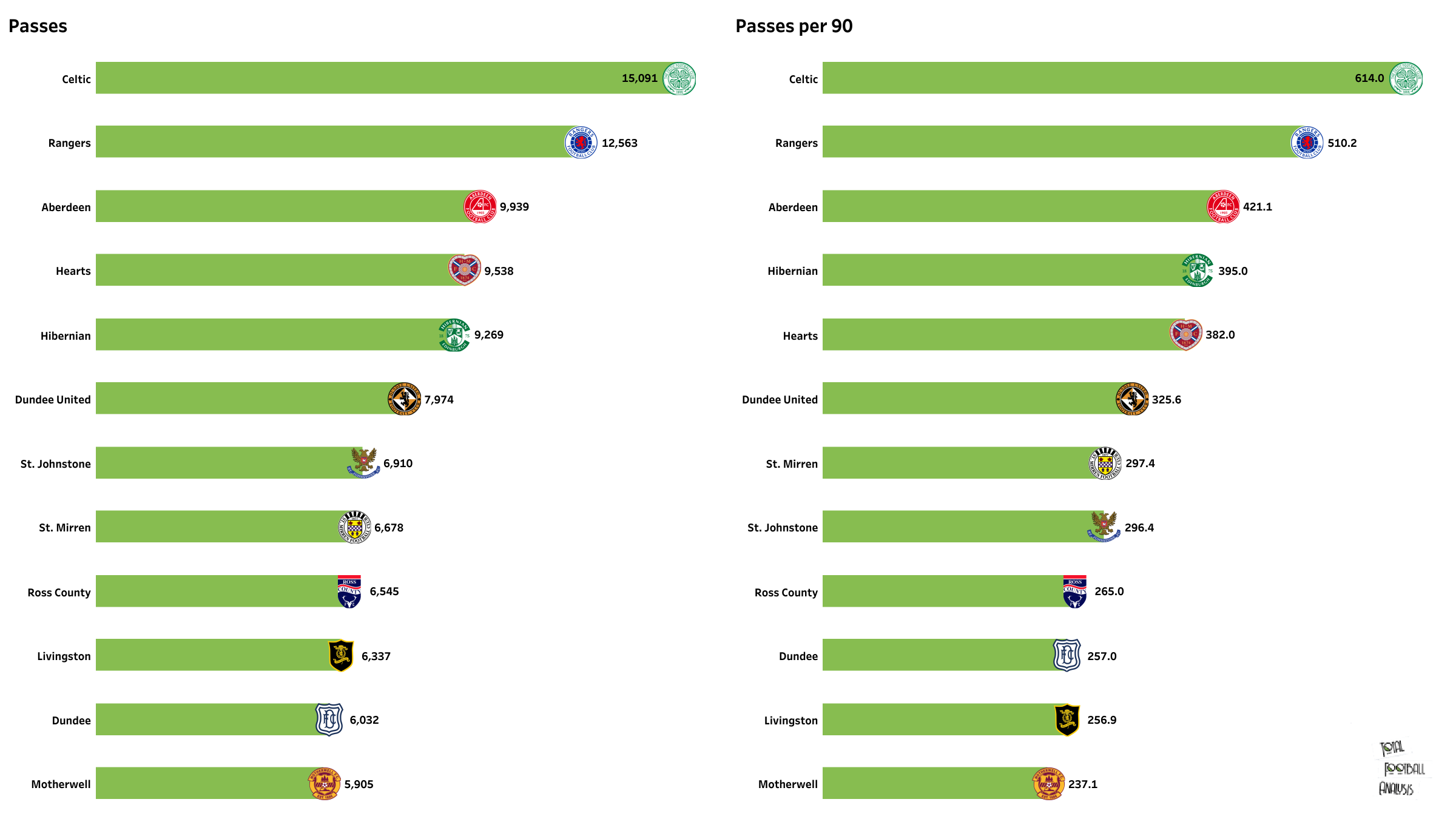 Motherwell have attempted the fewest number of passes in the Scottish Premiership. They average 237 passes per 90 and are 20 passes short of Livingston in passes per 90. Their opponents this weekend average 60 more passes than them.

Motherwell’s top goal-scorer, Tony Watt, has left the club and joined Dundee United. Kevin van Veen is their second-highest goal-scorer with seven goals. Barry Maguire is likely to miss this game after suffering an injury in the previous match. Meanwhile, Liam Donnelly will return from suspension and is likely to replace Maguire.