St. Mirren will host Motherwell at the SMISA Stadium in the first round of the Scottish Premiership 2022/23 season. Motherwell finished last season in fifth place and will hope to earn more points this season. St. Mirren, on the other hand, finished ninth in the Scottish Premiership, and they too will be hoping for a finish in the top half of the table. Both teams played each other three times last season, with Motherwell winning one game and the other two games ending in a draw.

Last season, St. Mirren won ten games and earned 44 points. They drew and lost 14 games each in the league. The Buddies managed to score 33 goals and conceded 51 goals. They were the second-lowest goal scorers in the league and will look to better their goal tally this time around. 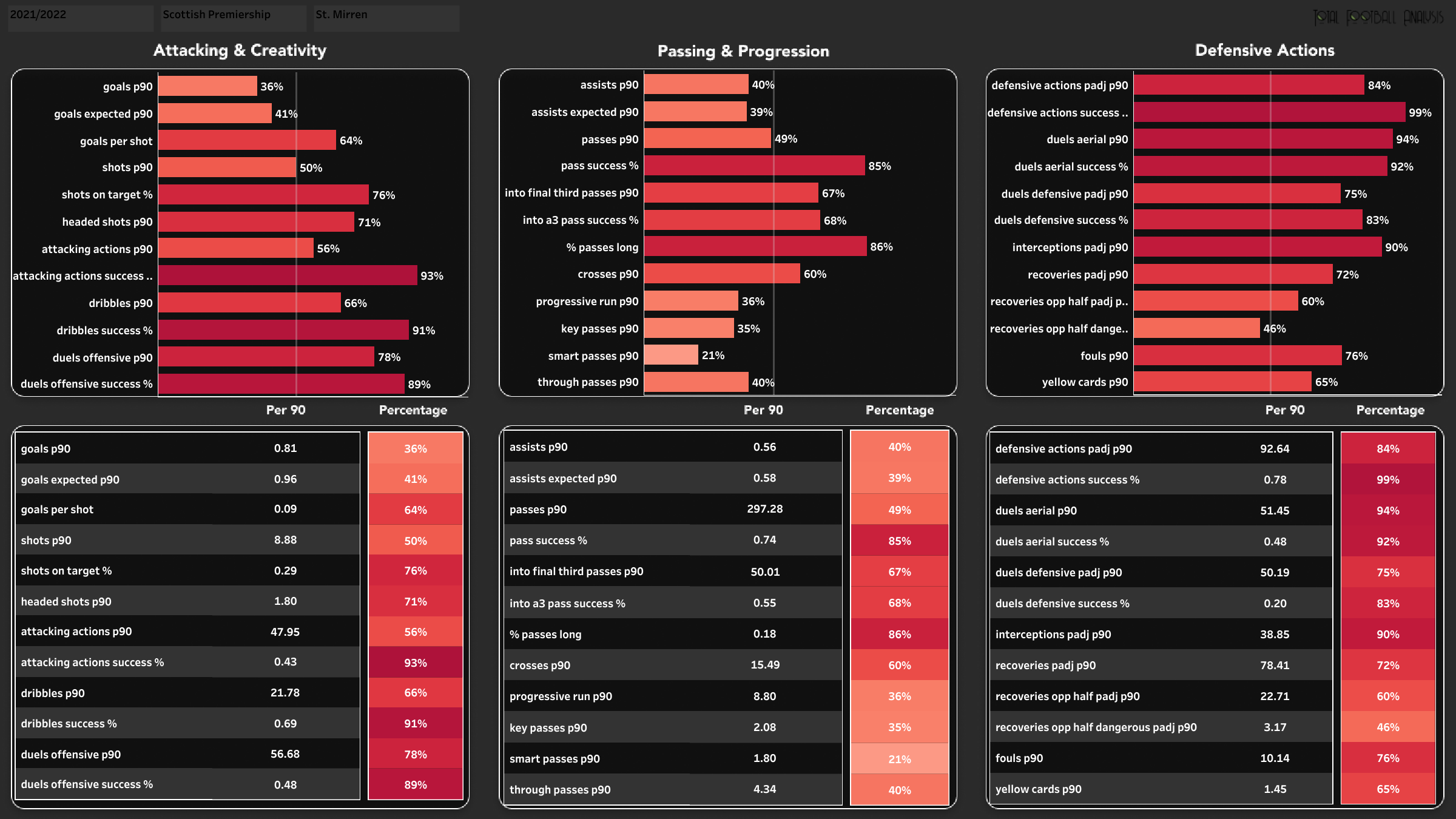 The above viz shows the attacking, passing, and defensive stats from the previous season. When looking at the above chart, the general rule is that the longer the bar, the better the performance — you can see the league average in the middle, and the % is the percentile rank the player is in. We can observe that St. Mirren were decent in attack and had a high percentile rank except in scoring goals. They struggled to pass the ball and attempted very few key passes, through passes, and smart passes in the league. Defensively, St. Mirren had a high success rate in winning aerial duels but struggled to recover the ball inside the opposition’s half. 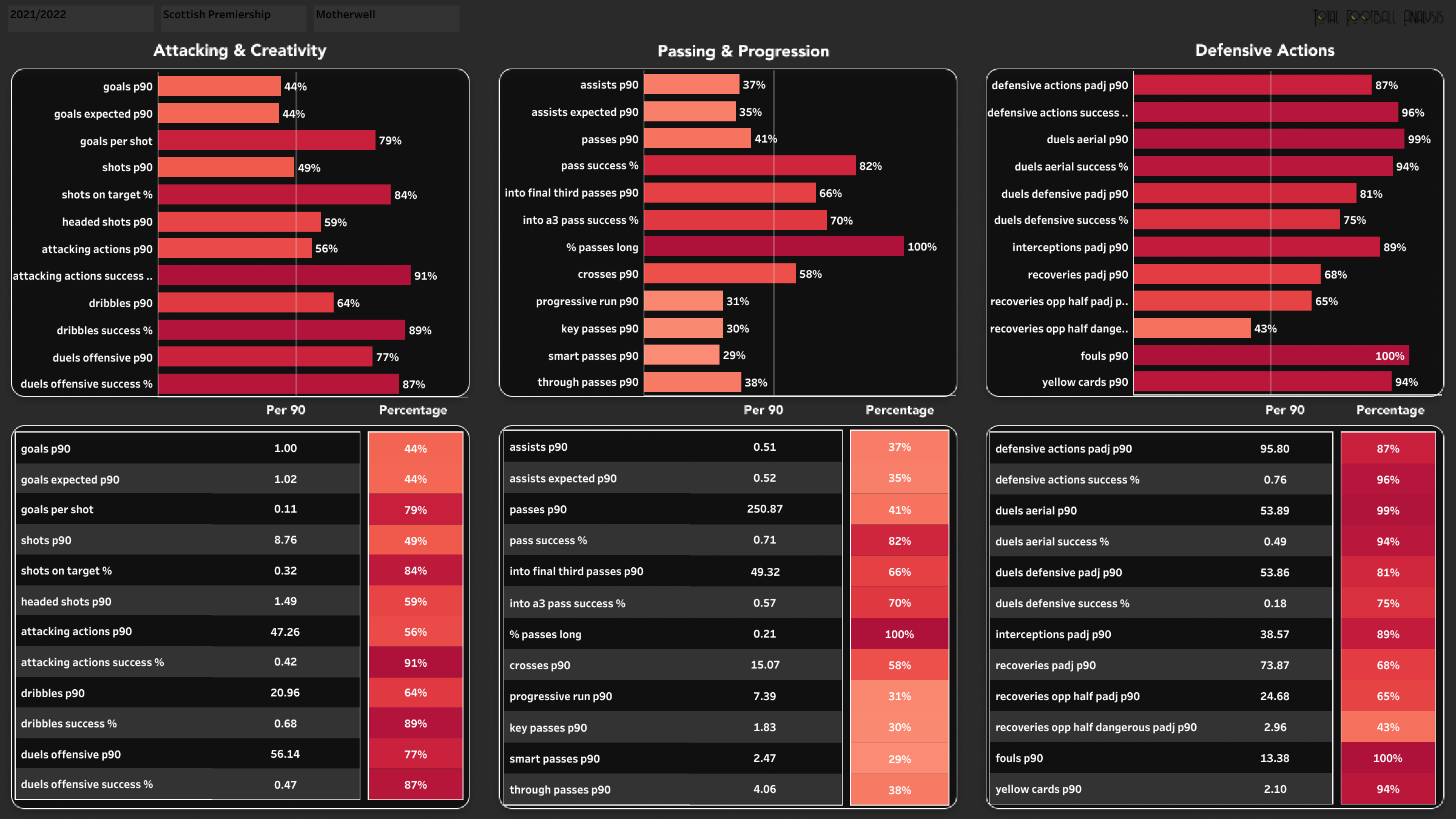 Motherwell ended the season with 46 points and finished in fifth place. They won 12, drew ten, and lost 16 matches in the season. Motherwell scored 42 goals and conceded 61. The above viz shows that Motherwell like to play long passes and attempted the most number of long passes in the season. The aerial duels win percentage was also high for Motherwell, so we can expect an aerial battle between the two teams.

Barry Maguire and David Devine missed the UEFA Conference League qualifier match and they might miss the season opener.

Motherwell will enter this match as the favourites. However, St. Mirren gave a lot of competition to Motherwell last season and won’t let any points slip away this time. Both teams will look to start the season on a positive note